Little robin who? Four in ten can’t identify popular bird… and a quarter don’t know a caterpillar transforms into a butterfly, survey shows

More than four in ten people cannot identify a robin while over half can’t tell a moth from a butterfly, a survey has found.

As many as three in four of 2,000 adults polled would only feel confident identifying common birds, like pigeons.

Just 58 per cent were able to correctly point out a robin – but only because of its distinctive red breast. 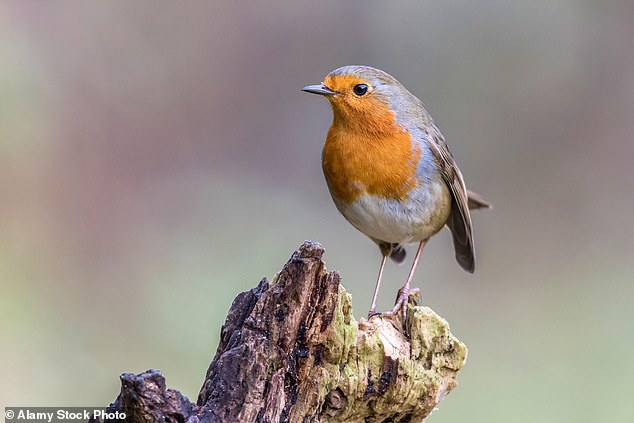 More than four in ten people cannot identify a robin (pictured) while over half can’t tell a moth from a butterfly, a survey has found

More than one in 10 have ‘no idea’ how biodiverse their garden is and 62 per cent wish they had learnt more about nature as a child.

However, 16 per cent of parents believe their children know far more about nature than them thanks to their teachers and the influences of people like Greta Thunberg.

Despite a lack of education, three in 10 respondents have left their lawn and garden to grow wild to help encourage biodiversity and 67 per cent said their yard provided a welcome space to pollinators.

Housebuilder Redrow, which commissioned the study, said: ‘It’s vital to have at least a little understanding of what’s happening in our gardens [to] help the wildlife around us thrive.’

Labor fends off calls for greater ambition on climate