Home » World News » Lizzo Tears Up Watching Young Girl Dance to Her Song on TikTok: 'Keep That Confidence and Beauty' 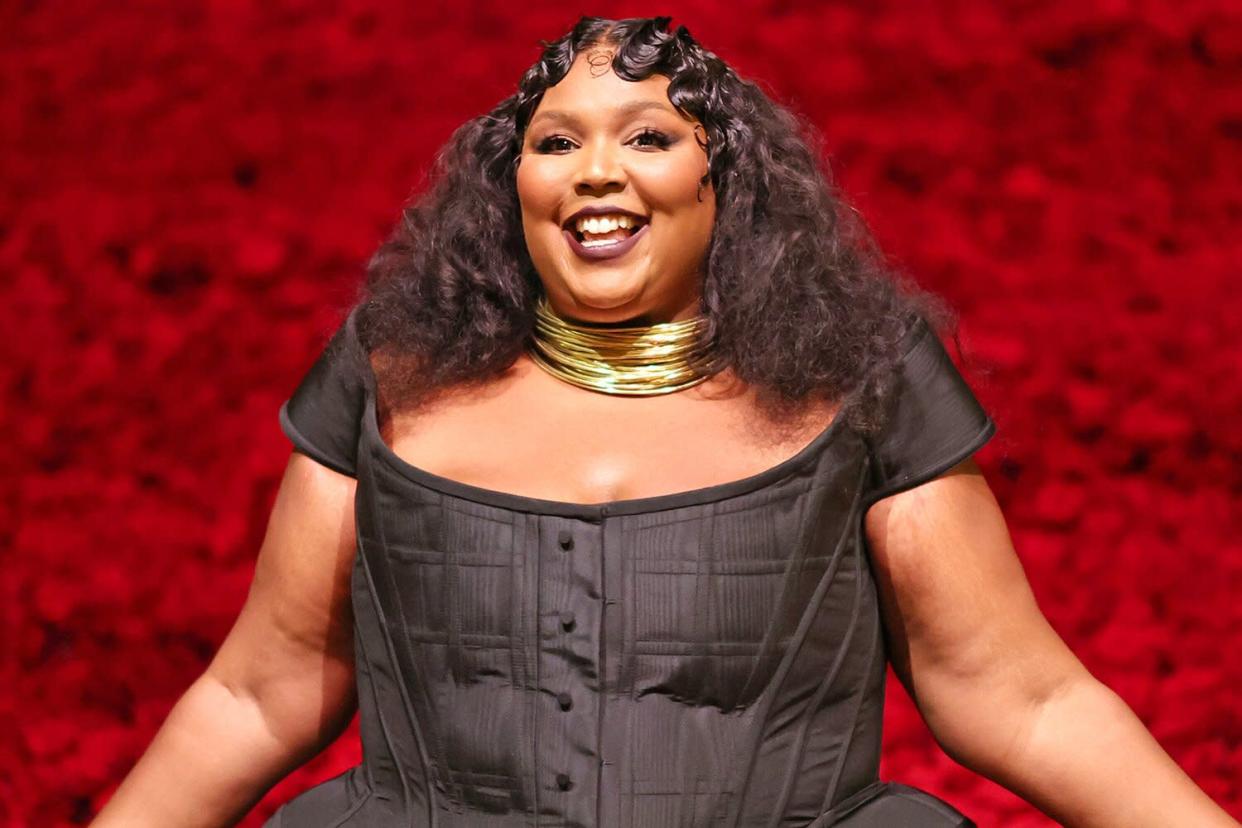 Lizzo got emotional after seeing a recent fan video on TikTok.

In a video posted to Lizzo’s account on Tuesday, the 34-year-old Grammy winner reacted to a video of a young girl confidently mimicking her dance moves from the “About Damn Time” music video, tearing up on-camera and expressing gratitude for the impact she has on those who look up to her.

Posted by TikTok user @dcromwelldc50 — aka Danielle, who’s the mother of young dancer Aria — the original clip sees her daughter wearing a white shirt and pink shorts with blue-beaded braids in her hair. While Lizzo’s “About Damn Time” music video plays on the TV, Aria stands in front and dances her heart out, hitting every move with impressive energy and finishing with an ear-to-ear grin — knowing she just killed it.

Lizzo reposted the clip alongside her reaction, appearing emotional and covering her own smiling mouth upon seeing Aria’s proud reaction at the end. She wrote in the post’s caption: “im crying cus this is EXACTLY why i do what I do 😭😭😭😭 i love you! Keep that confidence and beauty— no one can stop you!”

In a follow-up video seemingly filmed right after the first, Lizzo wipes tears from her eyes with her long acrylic nail-adorned fingers before sharing her thoughts. “Still processing that feeling of like… You never think when you’re making music you have an effect on people or you have an impact on people’s lives,” she said, choking up. “This is literally why I do it.”

She concluded: “I don’t care about all the other s—, the numbers. I don’t give a s—. That video is my Grammy, right there. That is my award, and I’m so grateful.”

Danielle later posted another video with Aria in which the young dancer — donning a dress printed with The Proud Family characters — thanks Lizzo and everyone who watched the clips. “Hi everybody! Thank you for all the likes and comments,” she said.

RELATED: Lizzo Says She Once Skipped School to See Destiny’s Child Perform at a Walmart in Houston

The mother then told Aria that Lizzo was emotional after watching her video. “All she wants to do is be an inspiration to little girls like you, and we love watching her videos,” said Danielle in the clip, followed by an adorable sneeze from Aria and chuckles from the pair.

“And who do you love?” asked her mom.

Banana bread, cookies and pizza among the top treats Brits making in lockdown – The Sun