Home » World News » Locals horrified as travellers set up caravans outside their £700,000 homes with dogs that 'bark all night'

DISGRUNTLED homeowners have lashed out at travellers who have parked caravans right outside their £700,000 houses with an "army of dogs that bark all night".

Residents were horrified when a group of travellers pitched four caravans in front of a newly-built 13-acre housing estate in Colchester, Essex, on Friday. 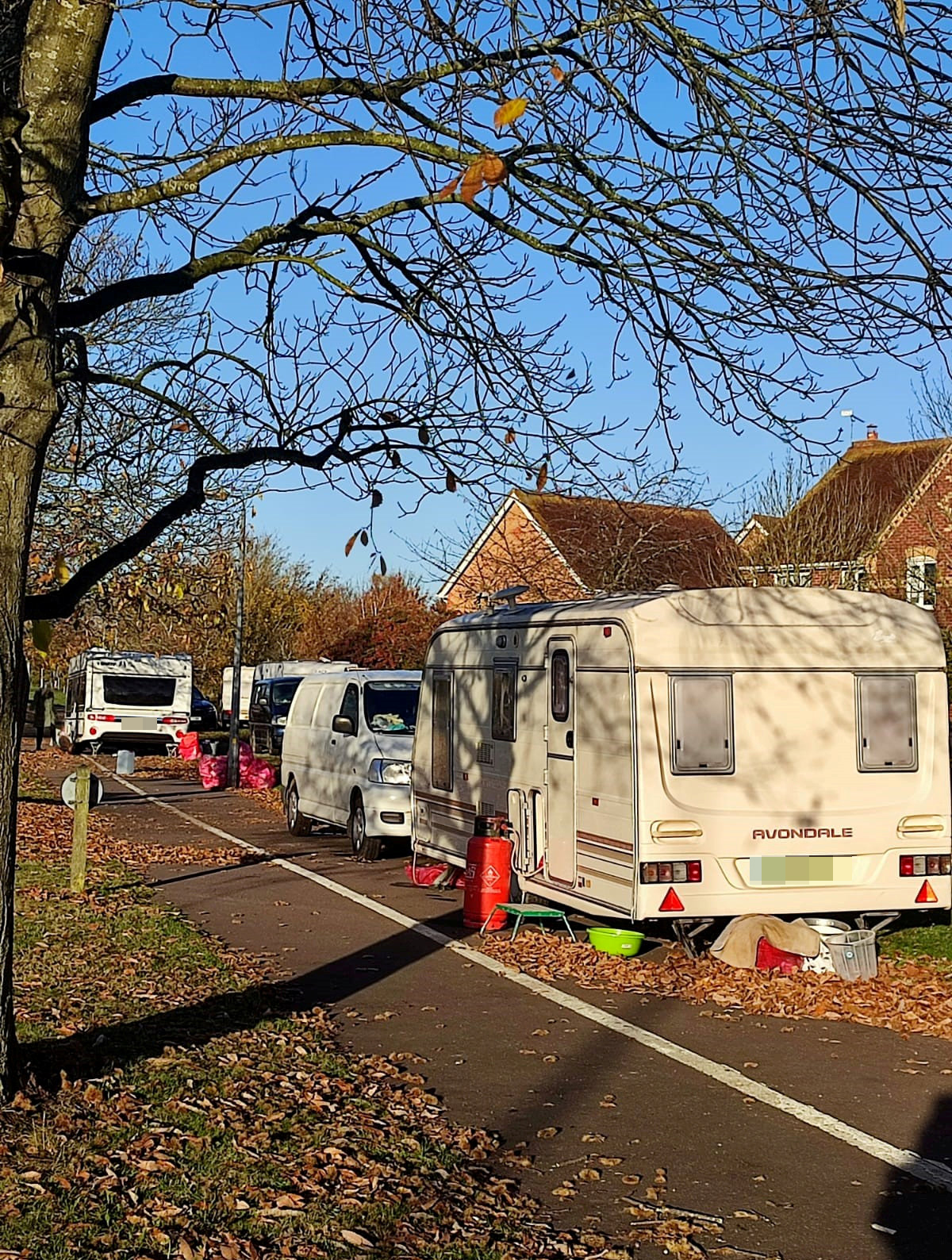 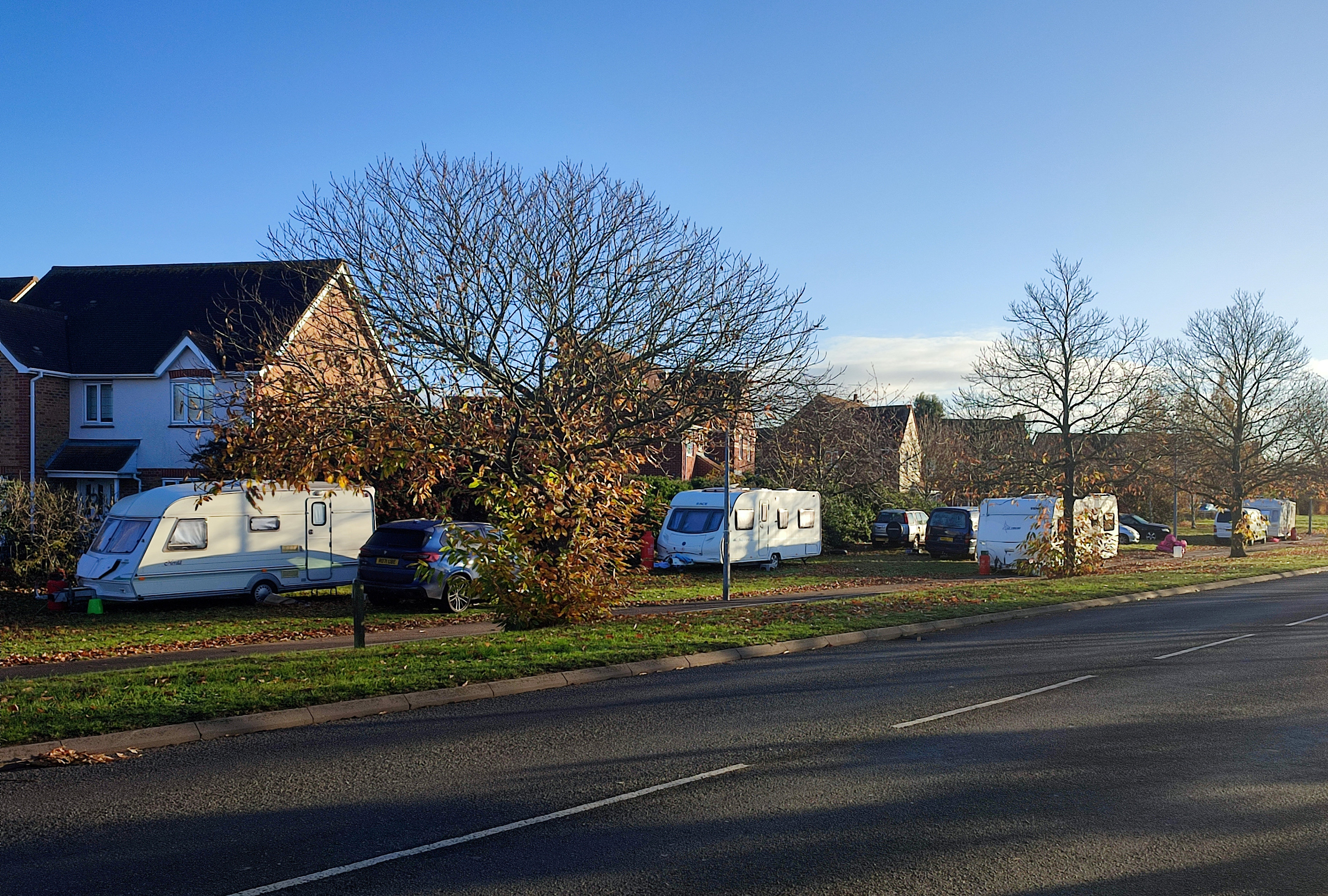 One fuming mum says the travellers have made her and neighbours feel compelled to stay indoors.

The angry resident, who asked not to be named, said: "They have a complete disregard for anybody else and none of us have felt happy leaving our houses unattended.

"They have been making hell all weekend and they have an army of dogs which just bark all day and night right outside my four-year-old's bedroom.

"But we have all rallied together neighbours and if nothing else it has brought out the community spirit."

The caravans are on the perimeter of the housing estate, which was only built this year, made up of almost 150 two, three and four-bedroom homes with a price tag of up to £700,000.

Colchester Council has said it is aware of the "unauthorised encampment" and is taking action to see it moved on, but the process could take as long as ten days.

"We have informed the Essex Countywide Traveller Unit, which will visit the site within 24 hours to carry out initial welfare checks," a spokesman for the authority said.

"If there are no immediate concerns, the travellers will be asked to leave the site.

"If the travellers do not leave the site, we will need to go through the courts to ensure their removal.

"If we have to apply for a court order, the procedure will take between seven and ten days."

British firms can 'get down to business' now the UK has secured Brexit deal, says top Tory