Wait times for mental health specialist services have stretched to more than six months in parts of NSW, with a new report showing one in eight residents have developed a new condition since the pandemic began.

NSW Mental Health Commissioner Catherine Lourey told the Herald Australia will need to recruit from abroad to boost its depleted and exhausted mental health workforce, as demand outstrips supply for services after two years of lockdowns and pandemic distress. 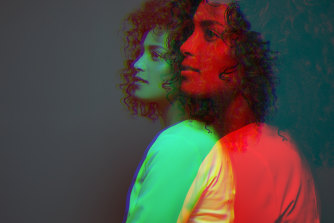 A new report shows one in eight residents have developed a new mental health condition since the start of the pandemic.Credit:Getty

Data from the Australian Institute of Health and Welfare shows a 25 per cent jump in the number of people seeking mental health services last year compared with the same time pre-pandemic.

There were 1173 Medical Benefits Scheme mental health services accessed per 100,000 people in the week beginning September 6, compared to 941 in 2019.

“As demand on services rises, waiting lists for specialists are blowing out to more than six months, particularly in regional parts of NSW,” Lourey said.

“Our biggest obstacle is getting nurses and specialists on the ground now. We need intense focus on growing our existing workforce, re-training and looking overseas to recruit more psychologists, peer workers, social workers, nurses and counsellors,” Lourey said.

The commission’s 2021 report into the ongoing impact of the pandemic, published on Sunday, showed last year’s lockdowns had a more detrimental effect on mental health than in the pandemic’s first year.

More than half of the parents surveyed reported that COVID-19 had a negative impact on young children and teenagers, but many said relationships with their children improved when compared to the previous year.

“It is critical we support people experiencing insecure housing and financial stress because these are key drivers of poor mental health and psychological distress,” said Lourey, noting that 22 per cent of people either lost their job or had their work hours reduced because of the pandemic.

About 95 per cent of people with a pre-existing mental issue experienced increased loneliness or inability to cope.

“We will need intense focus on boosting workforce and access to affordable mental health services over next three years. My biggest concern is about young people, from primary children to high school kids,” Lourey said.

Professor Ian Hickie, co-director of the University of Sydney’s Brain and Mind Centre, said the report indicated a need for ongoing support as the community realises COVID-19 will still cause disruption in their lives, even though lockdowns have ended.

He said governments needed to urgently address the unmet demand for – and prohibitive cost of – mental health services.

About 17 per cent of per cent of people living in NSW with a mental health condition delayed seeing a psychologist due to cost, according to 2020-21 Productivity Commission data.

He said emergency department presentations and helpline demand – Lifeline reported an average of 6400 calls in January, lower than call volumes in 2021 but higher than 2020 levels – suggested the pandemic brought its greatest mental health impact in 2021.

“We wouldn’t expect that until at least 2023, and that is assuming nothing else goes wrong.”

The report found four in five people experienced symptoms related to “pandemic fatigue”, which Hickie said was a reflection of living through two “chronically stressful” years. 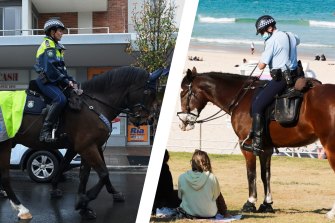 Although western Sydney bore the brunt of the lockdowns, the report found these areas only reported marginally higher rates of increased care responsibilities for children and other relatives.Credit:Composite

Although the brunt of lockdown’s impact was borne by western Sydney’s LGAs of concern, the report found these areas only reported marginally higher rates of increased care responsibilities for children and other relatives. But they were more likely to say their physical health had worsened in 2021.

Hay said it would have been more useful to see responses broken down by socio-economic status, noting that factors including whether you could work from home or had technology to homeschool with were determinants of the stress experienced during this time.

With World Health Organisation data released earlier this year indicating the pandemic brought a 25 per cent increase in the global prevalence of anxiety and depression, Hickie said countries were experiencing demand for mental health services regardless of their caseload and death toll.

“The danger is, if you don’t respond now, that results in long-term disability and economic cost.”

Stay across the most crucial developments related to the pandemic with the Coronavirus Update. Sign up to receive the weekly newsletter.