A man has been arrested over the murder of Australian fitness instructor Azuma Bennett, who was fatally shot multiple times in Los Angeles outside a medical marijuana dispensary last month.

Los Angeles man Gabriel Alvarado was apprehended by homicide detectives last week over the fatal shooting. He will face court on November 21.

In a statement, the Los Angeles County Sheriff’s Department said investigators had worked “diligently” to find a suspect in Bennett’s death.

“On September 22, 2022 investigators arrested Gabriel Alvarado, a Hispanic male from the Los Angeles area, for the murder of Azuma Bennett,” the statement said.

Bennett, who was known as “Zoomi” to friends, was shot eight times in Windsor Hills, a suburb near the Los Angeles International Airport.

The 30-year-old moved to the United States in 2018 after previously working at Mosman Fitness First and Bondi Boxing as a fitness instructor. 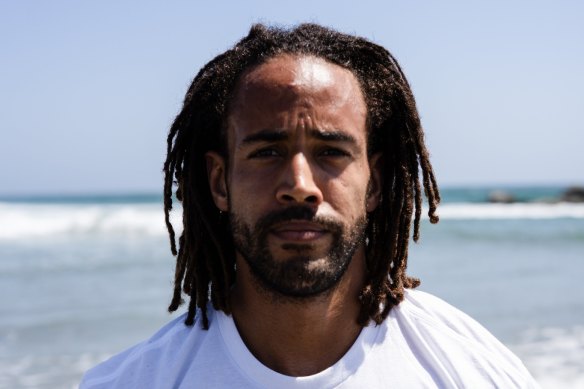 Azuma Bennett was shot dead in Los Angeles in August.

Shortly after Bennett’s death, Bondi Boxing’s Tony Del Vecchio, his former boss, spoke about the impact of the tragic incident on his family back in Australia.

“From what we’ve been told, he’s been shot several times point-blank. We are absolutely devastated,” he told Nine News in August.

“He just exuded happiness. He was the life of the party. Our hearts bleed for all of those left behind.”

At the time of his death, Bennett’s family said they were trying to rehome his dog Keyshia.

“Azuma left an enduring impact on the LA boxing community and helped change the lives of those that surrounded him. He will be missed but never forgotten,” the Fightr Boxing Club post read in August.

“Los Angeles, it is not too late – we can still reduce crime and continue to modernise public safety.”

Brit tourist, 34, dies in Magaluf after falling 50ft from the seventh floor of hotel in Majorca party resort