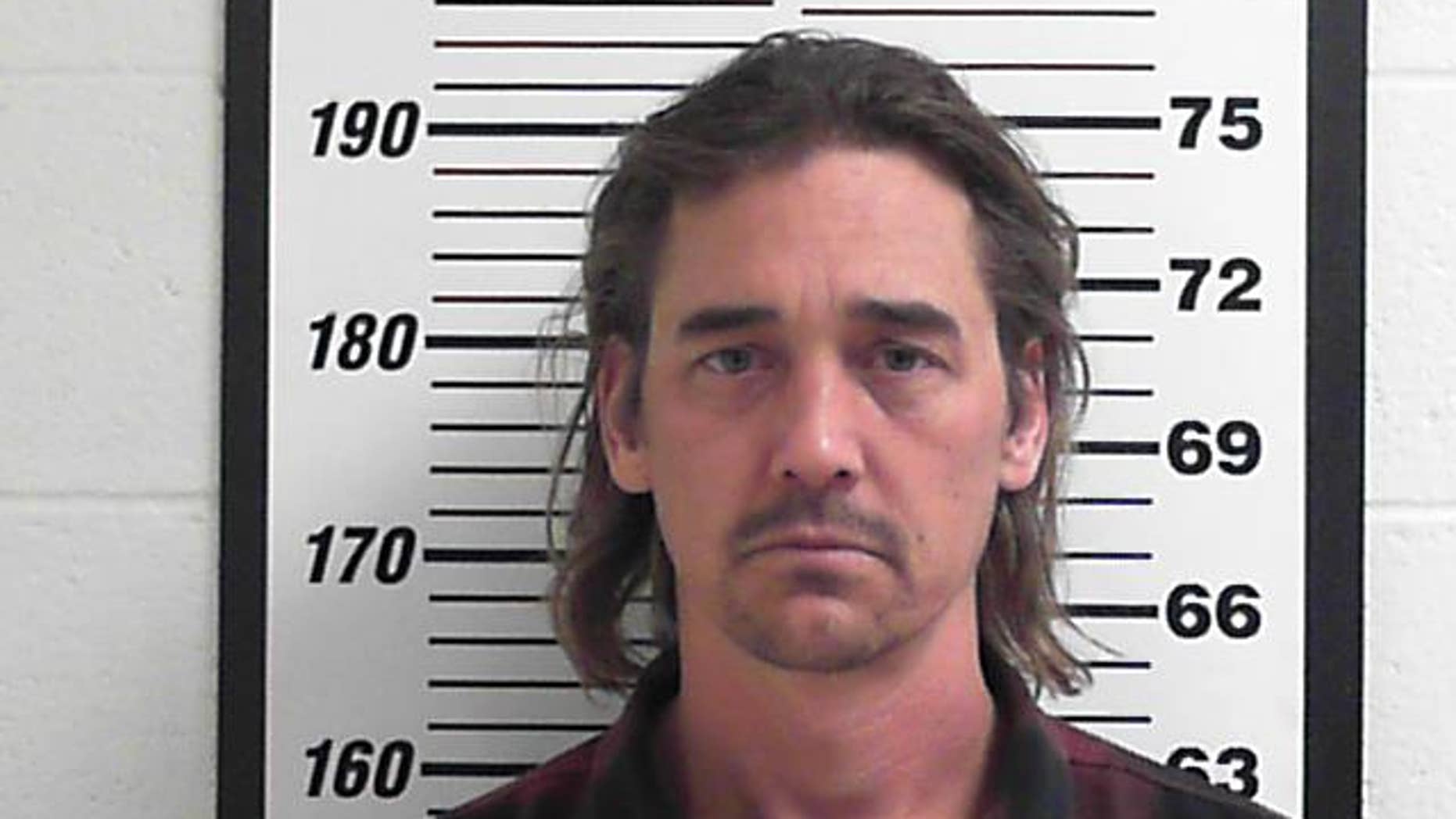 Bryan David Boyak, 43, was arrested after allegedly biting off a chunk of another man’s ear off.
(Davis County Jail)

A California man took a page out of Mike Tyson’s fighting playbook Tuesday by biting a “large chunk” out of another man’s ear, Utah cops said.

Bryan David Boyak, 43, was charged Tuesday after he turned himself in following the bizarre altercation, FOX13 Salt Lake City reported. Boyak and another man had been talking in a hot tub, but the temperature soared when the conversation turned to large corporations and conspiracy theories.

The men allegedly got into an “extremely heated” argument that led to the victim locking Boyak out of the house. Boyak began hitting the front of the house with patio furniture until the man came out and told him to stop, the arrest affidavit stated.

Boyak then allegedly attacked the man, held him to the ground and bit off a “large chunk” of his ear before fleeing the scene in his truck.

The man ended up in the hospital where he detailed the attack to detectives. The status of his injured ear was not immediately clear.

Boyak faces charges of mayhem, domestic violence in the presence of a child, criminal mischief and intoxication.

Arkansas couple adopts seven siblings at once, giving them a ‘forever family’ ahead of Christmas

The ‘Gentefied’ Season 1 Cliffhangers All But Guarantee A Second Season

‘Nothing prepares you’: With cremains in tow, a wife is confronted with the surreal amid the sorrow

Family’s £13,000 TUI ‘holiday from hell’ at hotel with ‘dead bird in restaurant’