A male pedestrian was killed on Boxing Day after an accident involving a police car in Scotland.

The man, 62, died after the accident at about 10.15pm on Monday, December 26 at Almond Link Road, Livingston, West Lothian.

He was taken by ambulance to the Royal Infirmary of Edinburgh but was pronounced dead a short time later.

He has not been formally identified but his next of kin have been informed. 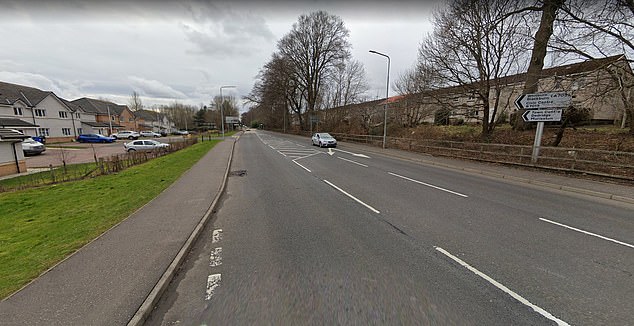 The man, 62, died after the accident at about 10.15pm on Monday, December 26 at Almond Link Road, Livingston, West Lothian (file image)

The driver of the marked police car did not require medical treatment. He was the only occupant of the vehicle.

The road was closed for investigations but re-opened at about 4.30am on Tuesday.

Investigators are now appealing for witnesses.

The accident is being probed by the Police Investigations and Review Commissioner for Scotland (PIRC) because a police vehicle was involved.

Steven Carr, senior investigator, said: ‘Our thoughts are very much with the family and friends of the man who died.

‘Our investigation into the circumstances of this incident is continuing, and I would urge any drivers with dashcam footage, or anyone who witnessed the collision, to please contact Police Scotland on 101, quoting reference 3422 of December 26 2022 or alternatively the Pirc during office hours on 01698 542900.’

What does president-elect mean?