It should have been the happiest day of his life, but instead Frederick Connie had to make an impossible choice.

His wife Keyvonne Connie had gone into early labor and began hemorrhaging inside their home in Littleton, Colorado.

When they rushed to the hospital, doctors told Frederick he had to decide between saving his wife or daughter.

Frederick chose what he thought his wife would want him to do. On the same day that he welcomed his baby girl into the world, he lost the love of his life. 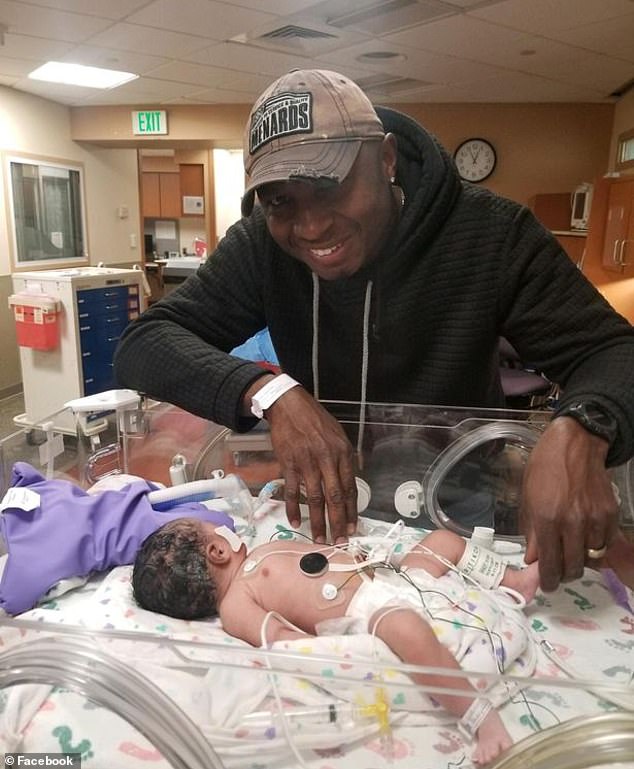 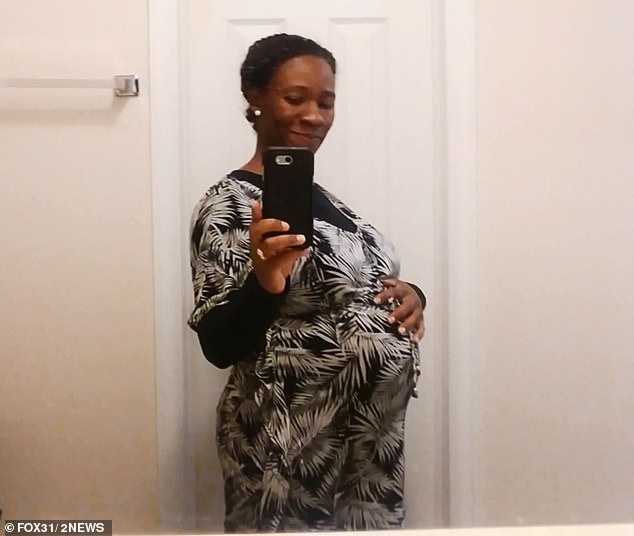 His wife Keyvonne Connie (pictured), who was seven months pregnant, had gone into early labor and had begun hemorrhaging inside their home in Littleton

Keyvonne hadn’t been due to give birth until the middle of January.

But last Friday she went into early labor, and Frederick knew something was wrong immediately.

They rushed to the hospital, where Frederick was asked to make an impossible choice.

‘It was either give her the surgery first that may save her life, but you’re going to lose your daughter, or your daughter can be saved but there’s a chance you might lose your wife,’ he recalled.

Frederick knew how his wife felt about children, and decided that she should have the emergency C-section to save their daughter.

‘I’m glad I made that decision because in the end if Keyvonne probably could have survived, she would have hated me for the rest of my life,’ he said. 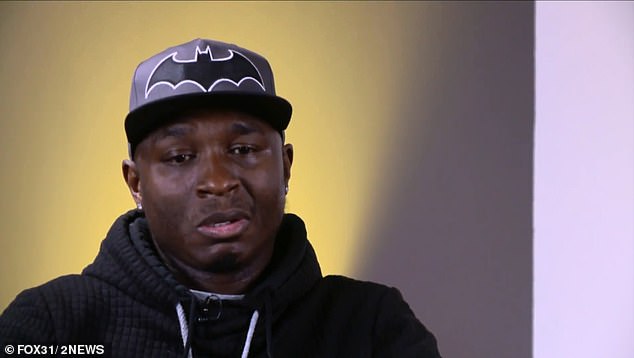 Doctors told Frederick (pictured) they could take his wife into surgery that may save her life, but would lose their child, or they could do an emergency C-section that would save the baby 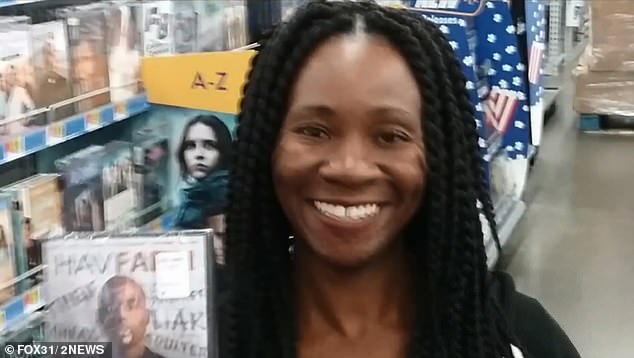 Doctors warned Frederick that the C-section could kill Keyvonne, but he knew she would want him to try and save their child first

Keyvonne survived the C-section and was able to see pictures of her baby girl. Just a few minutes later, Frederick lost his wife.

‘Literally all of her insides just went all over the bed and floor,’ he said.

‘They tried [to save her] and her heart couldn’t take it. She died before they could even get her to surgery.’

Now Frederick has been left to pick up the pieces for the little girl he named Angelique Keyvonne Connie, who he calls ‘Pooder’ for short.

Pooder is still expected to spend up to a couple of weeks in the hospital, where she is being fed with donated breast milk.

The nurses have gifted her clothes and Frederick was even given a room in labor and delivery following the tragic loss of his wife. 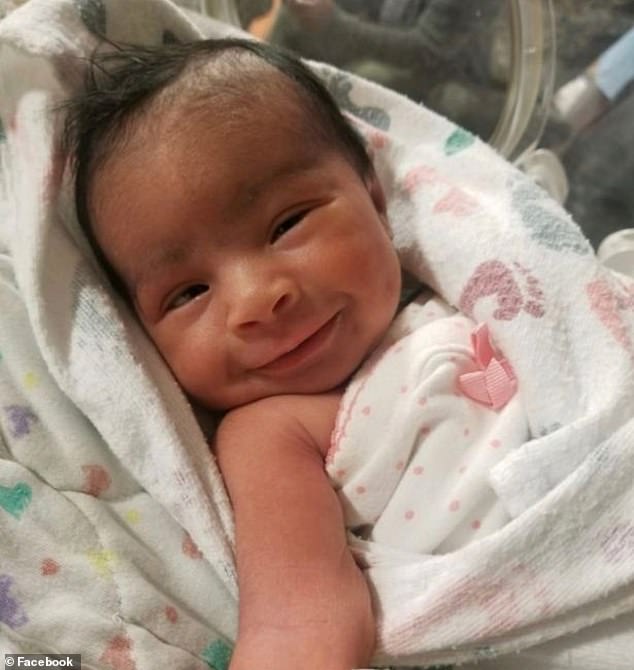 Now Frederick has been left to pick up the pieces for the little girl named Angelique Keyvonne Connie, who he calls ‘Pooder’ for short 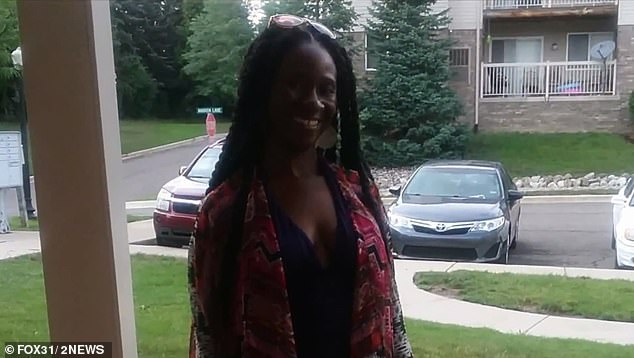 ‘I’m the only man to ever have a room in the labor and delivery,’ he said. ‘The mothers there said it was okay.’

Frederick is still learning how to change diapers, but said he plans to be a ‘full-time father’ to Pooder.

‘I’m a foster child myself you know,’ he said. ‘I don’t know my parents real well. For Pooder to have me is a big deal.’

Frederick will only begin planning Keyvonne’s funeral after his daughter comes home from the hospital.

The new father is already struggling with debt and said he will sell all his possessions and sleep in his car if he has to for Pooder.

‘I’m financially not okay,’ he said. ‘This debt is piling up and I have to bury my wife, my daughter coming into the world, it’s so high right now.’ 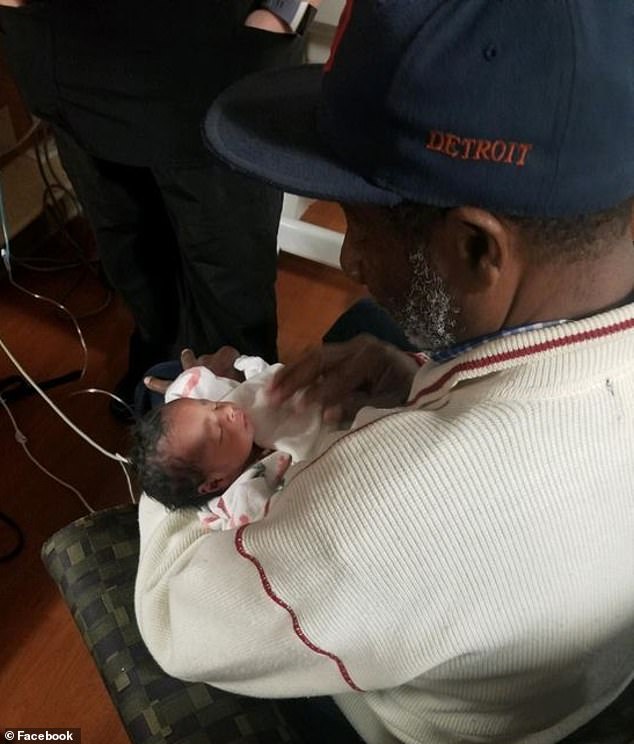 Frederick is still learning how to change diapers, but plans to be a ‘full-time father’ to Pooder 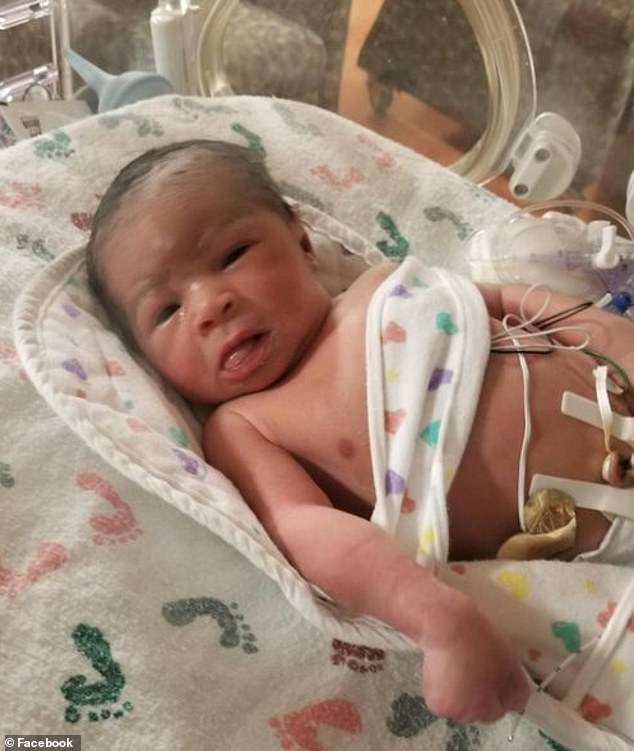 Pooder is still expected to spend anything from a few more days to a couple of weeks in the hospital, where she is being fed with donated breast milk

Frederick’s boss has since started a Facebook fundraiser to help him and Pooter that has already raised more than $13,000.

Keyvonne’s death came just weeks after it was revealed that American women are 50 percent more likely to die in childbirth then their own mothers were.

That risk is three to four times higher if the woman is black instead of white, regardless of their income or education.

The CDC also found that women in the US are more likely to die from childbirth or other pregnancy-related causes than women in other developed countries. 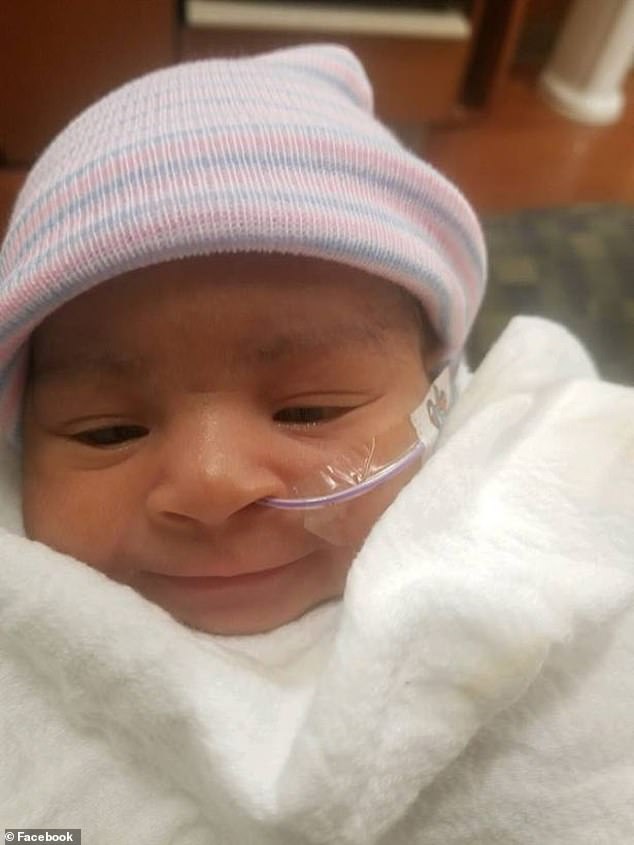 More than 700,000 AstraZeneca doses secretly flown to Australia from Britain