The video was released after an investigation into the death of 24-year-old truck driver Anthony Carnevale in 2015 by the Coroner’s Court of Victoria, in Australia. 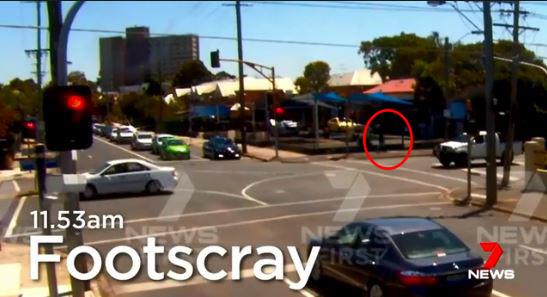 A man is seen walking across the junction on the pavement and it seems like he vanishes from the exact spot where the truck exploded.

One viewer thought it was a time traveller.

One said: “No else notice the time traveller vanishing in the background?”

However others had a more logical explanation and thought the video had been edited. 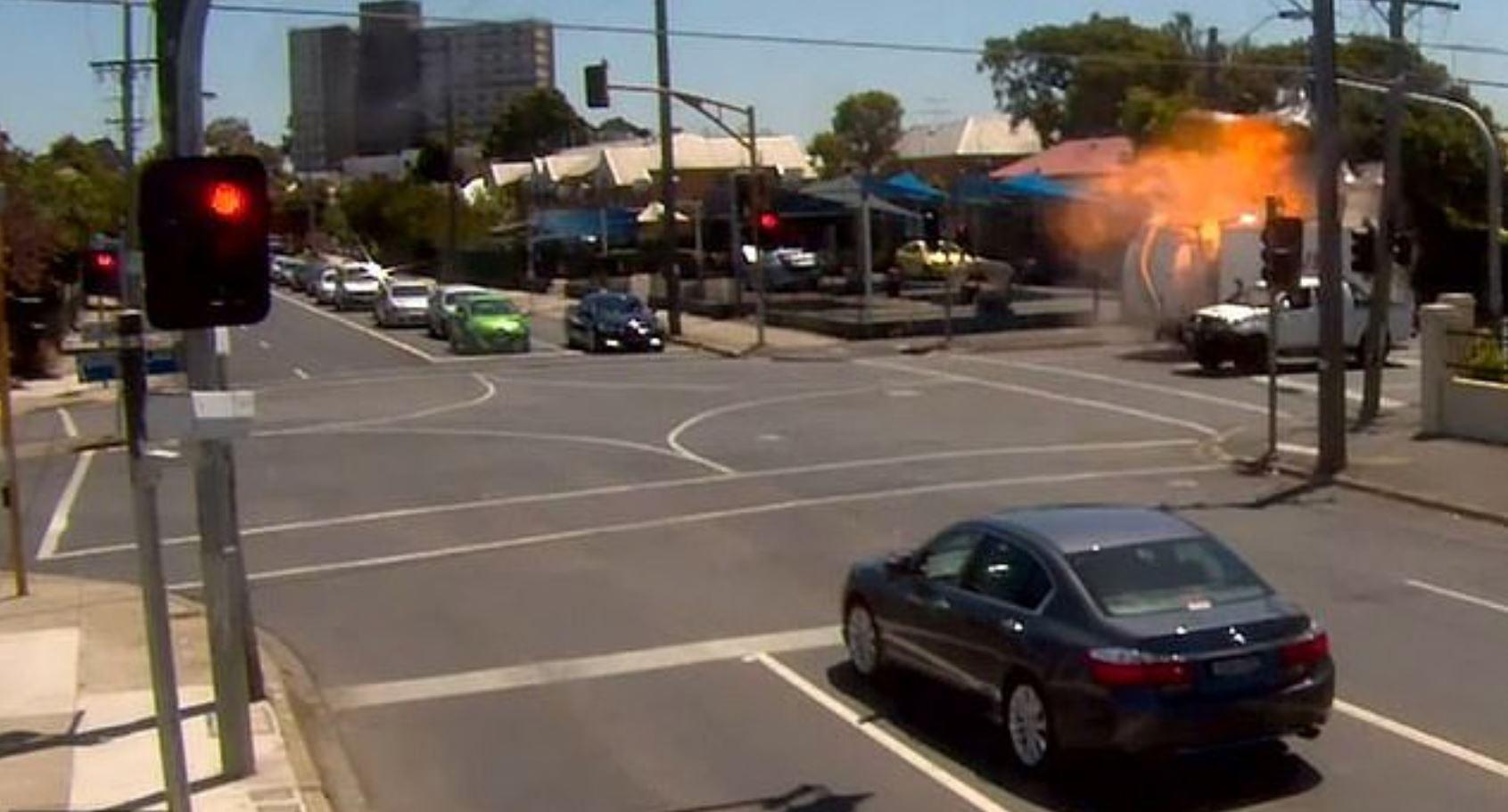 One said: “Oh the video has been edited again!!!”

Another added: “So the other day this show a guy walking then being edited out. Now he is completely been edited out. Hhmmmm.”

The unidentified pedestrian is said to have narrowly missed the explosion.

In the video shocked motorists and members of the public are seen cautiously approaching the wreckage. 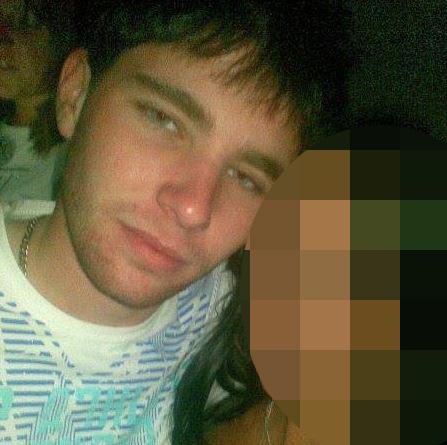 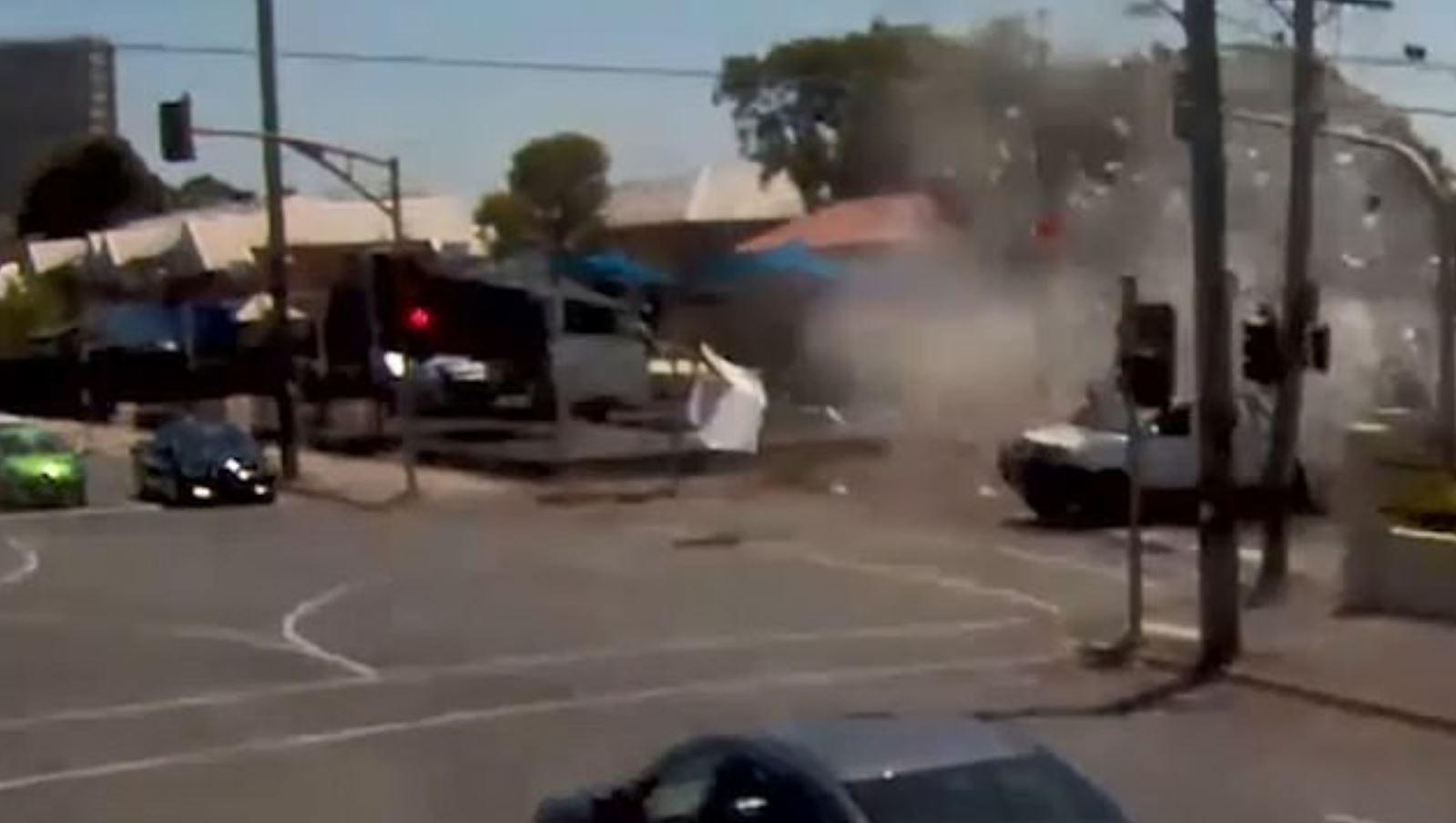 A witness told 7News: “It was basically like his car became a bomb.”

Tragically, Carnevale was killed instantly after the rental truck exploded in Melbourne.

The court concluded Carnevale’s death was caused by a gas leakage and spark from an un-capped 12-volt battery, 9News reported.

He was transporting his barbecue and gas bottles, which he didn’t know were partially open, to his new home when the truck burst into flames. 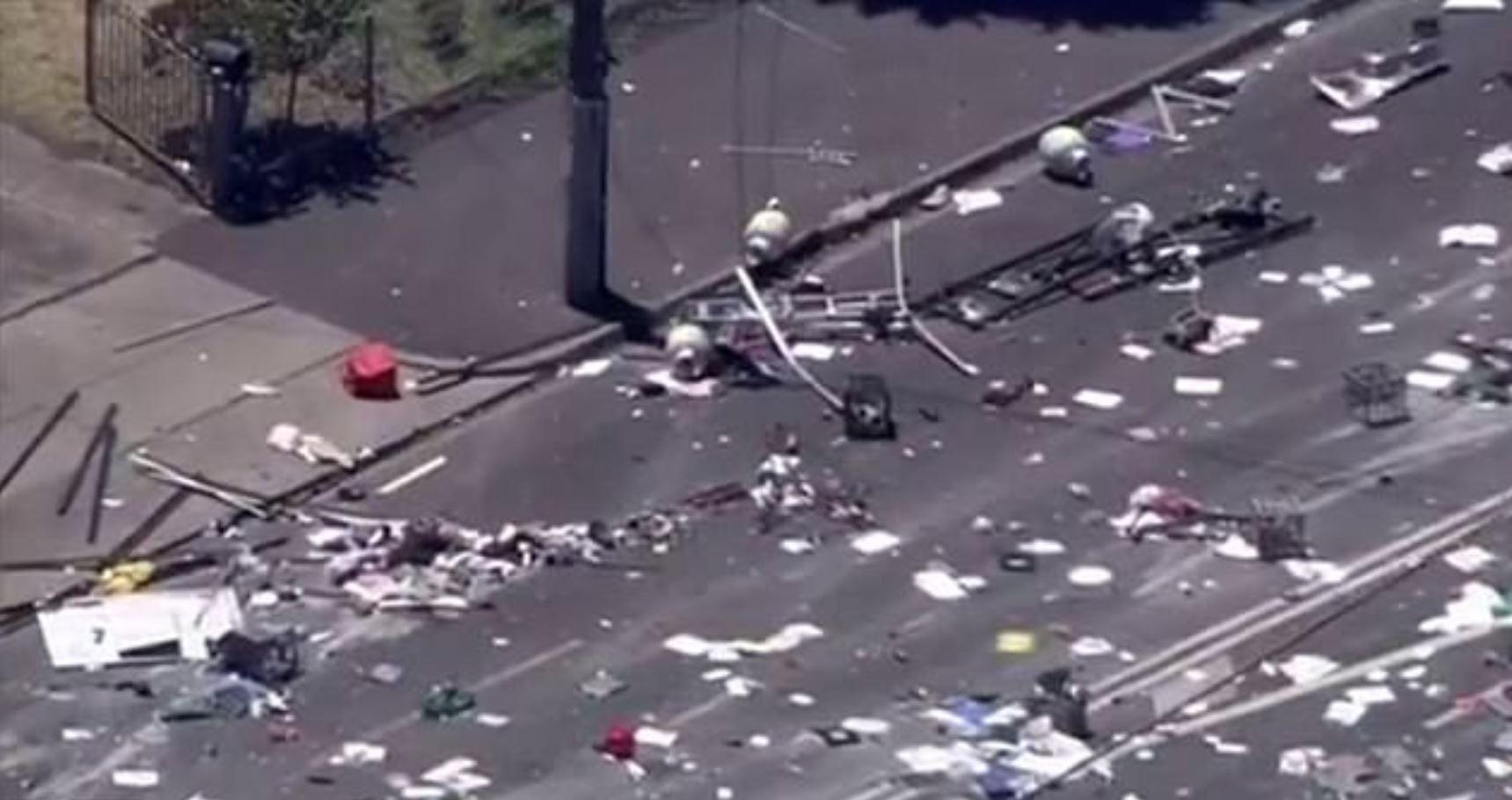 Carnevale was said to be thrilled about moving to his new house.

The explosion damaged nearby cars and the flying debris hit powerlines causing another smaller explosion that shattered surrounding apartment windows.

The Metropolitan Fire Brigade’s investigation concluded it was human error that contributed to the explosion as all three gas cylinders were loose.

Experts now warn against transporting gas cylinders in a closed space and recommend they are stored in a semi-open space.

Metropolitan Fire Brigade Commander Frank Besanko suggested that drivers “open their windows, and don't have family in the car, just in case”.

Victoria coroner Paresa Spanos said it was amazing that more lives had not been lost.

She recommended that Energy Safe Victoria made the public more aware through a campaign about transporting gas cylinders.

Baby, 1, and toddler brother, 3, die in hot car after ‘climbing into vehicle on their own’

Dr Anthony Fauci doubles down on his prediction that 200,000 could die