British Transport Police call handler, 31, who shared graphic picture of 18-year-old RAF Cadet’s dead body after he was hit by a train is jailed for two years

A police call handler who shared a graphic picture of a teenager’s dead body on WhatsApp after he was hit by a train has been jailed for more than two years.

Joshua Tilt, 31, from Halesowen, was working for British Transport Police when he shared the image officers had taken while investigating the death of 18-year-old Lewis Williams.

A court heard the former control room worker snapped a photo on his mobile phone of an image from the scene which was to be used as part of the investigation.

Lewis, an aspiring cadet who planned to join the RAF, was killed by a train on June 21 in Slough, Berkshire. 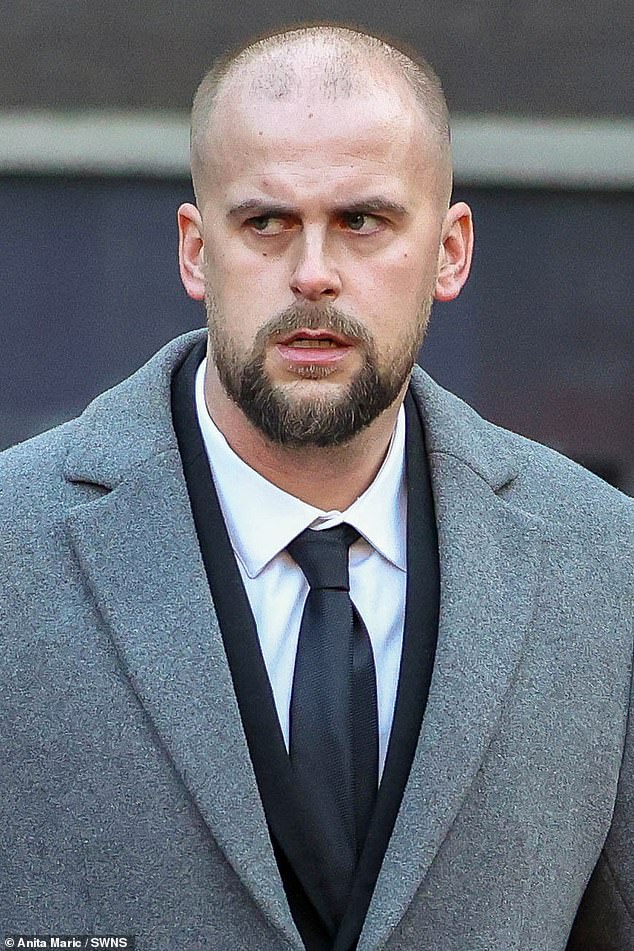 Joshua Tilt, 31, (pictured) was sentenced to two years and two months in jail after he took photos of a computer screen showing the deceased body of Lewis Williams before sharing the image with his girlfriend and on WhatsApp with 12 others

Today, he was jailed for two years and two months at Birmingham Crown Court.

Tilt was arrested after telling a fellow staff member he had sent the image to his girlfriend and that she would say ‘he never sent anything juicy’.

The image had mistakenly been sent to the wrong email address and showed the teenager’s decapitated body, Tilt then went on to snap the photo, boasting: ‘Things like this don’t bother me.’

In an interview on June 30 he also admitted to sending the same image on WhatsApp to a group chat with 12 people in.

Tilt, from the West Midlands, was dismissed from the force after his resignation request was refused on July 14.

He was charged with misconduct in public office which he pleaded guilty to last month. 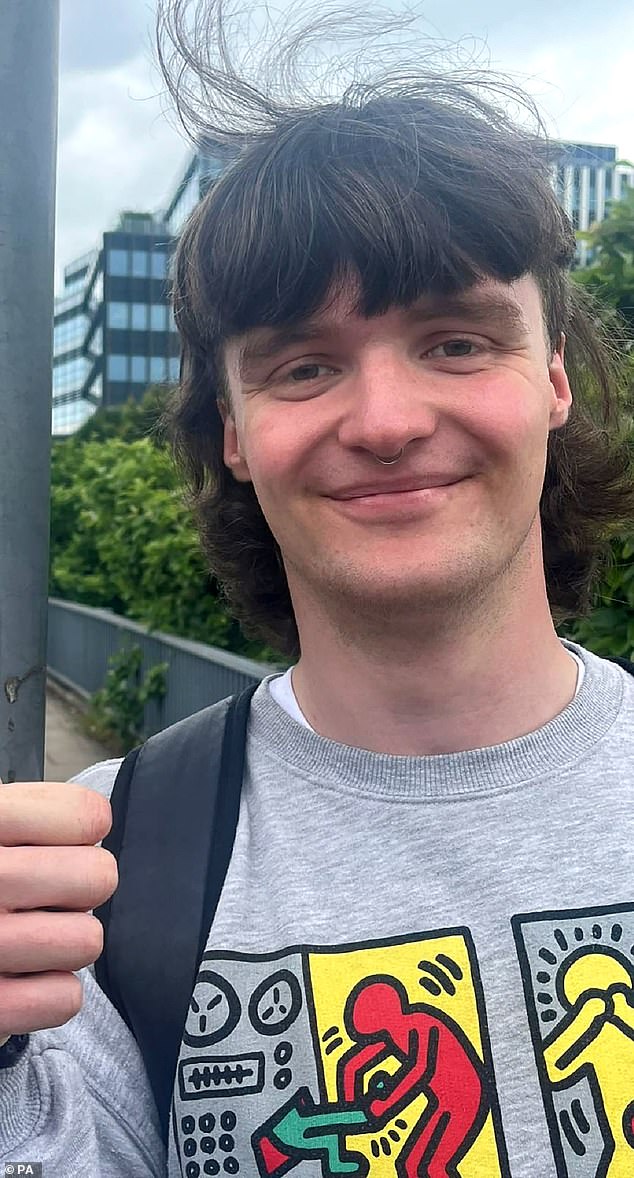 Lewis Williams, an 18-year-old RAF Cadet, (pictured) described by family as ‘kind and he had a very big heart’, died in June 2022 after being hit by a train at Slough station

Lewis’ father, Paul Williams read out his victim statement in court, he said: ‘Losing Lewis broke our hearts and what followed made his loss unbearable. Lewis was kind and he had a very big heart.

‘I did not think what we were going through could get any worse. They did and this is because of the actions of Mr Tilt.

‘As a result of Mr Tilts actions I have struggled with my mental health. Some days I wanted to give up and crawl under a rock.’

Sentencing, Judge Dean Kershaw said Tilt was ‘in a trusted position’ and his actions as a worker of the police force were ‘truly disgusting’ and ‘a gross breach of trust’.

He added: ‘You were working at a time with your co-worker. You told her you had an image from that scene.

‘She asked you why did you possess that on your phone and you remarked things like that didn’t bother you.

‘You made a further comment that you deny saying, that your partner would say to you “you never send anything juicy”.

‘Your actions were thoughtless for the deceased and his family. It has had a devastating impact on his family, I believe probably lifelong.’

Prosecutor Ben Close earlier told the court his colleague, Emma Brown, ‘was tormented by the image she had seen. She was upset by her colleague, who saw it as a joke.’

Deputy Chief Constable Alistair Sutherland said afterwards: ‘The actions of Joshua Tilt have shocked each of us at BTP to the core.

‘To know that the actions of one our employees actually intensified the suffering of a family, is something that we find incredibly distressing.

‘As soon as a member of staff reported Tilt’s actions, an investigation was immediately launched by our Professional Standards department and he was arrested within two days.

‘His actions are in no way representative of the thousands of BTP officers, staff and volunteers who display the highest levels of professionalism and commitment every single day to the communities we serve.’

Giovanni D’Alessandro, of the Crown Prosecution Service, said: ‘As a holder of public office, Joshua Tilt’s actions are inexcusable and are a serious breach of trust.

‘He distributed the disturbing image to others with no thought for the distress it might cause the family and friends of the deceased and in doing so he showed an inexplicable lack of empathy.

‘I hope that today’s sentence will act as a deterrent to other public servants who may be tempted to abuse the trust that has been placed in them.’