An elite Manhattan prep school is being sued over historic abuse allegations.

One alleged victim Peter DeFeo, 59, has told how when he was just eight years old he was molested by one teacher Robert Ludlow when he was at the prestigious Saint David’s School.

He says that during one incident he made eye contact through an open classroom door with a female administrator in the hall, who then proceeded to walk away.

DeFeo detailed the abuse in a $20 million Manhattan Supreme Court lawsuit filed on Saturday against the elite school, according to the New York Post. 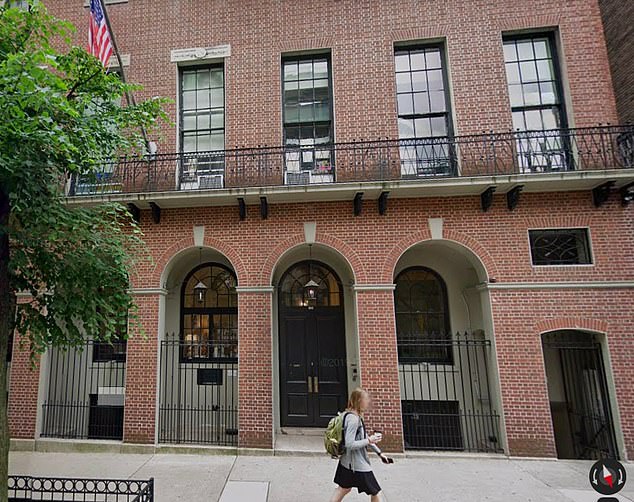 DeFeo alleges that administrators of the all-boys school knew of pedophiles like Ludlow operating and failed to act.

He says that he often left class unsupervised for offsite tutoring because he was dyslexic.

The fourth-grade teacher Ludlow – who died in the 1990s – found the boy in the hallway and rattled off addresses for his home and his father’s office.

DeFeo also alleges that Ludlow threatened to kill his family then groped him, according to court papers.

The abuse continued for two years, until Ludlow suddenly disappeared from school in 1971 after another victim’s parents came forward.

DeFeo told the New York Post: ‘I knew everything that was going on was wrong, but I didn’t have anybody I trusted that I could turn to.

‘I thought I was the only one. I can’t stress enough how this incident really shaped my entire life.’

After his time at the prep school he moved to a boarding school. He began drinking at age 12, took drugs, and has been hospitalized for depression.

Buono, 74, eventually left Saint David’s to work at the Milton Academy in Massachusetts, where in the 1980s he allegedly sexually assaulted more than a dozen students.

In December Saint David’s sent a letter to alumni, which ‘encouraged any individual who had experienced or was aware of inappropriate conduct by anyone while at the school to contact us.’

The school added that it is ‘committed’ to investigating allegations and ‘we recognize that as a school community we have a responsibility to make sure victims of sexual abuse are heard.’