Home » World News » Maniac, 44, admits killing 10-year-old boy saying ‘I wanted to see if I could get away with it like in the movies – The Sun

A MANIAC admitted killing a 10-year-old boy, saying that he wanted to see if he "could get away with it like in the movies", a parole hearing has heard.

Charles Jaynes, now 44, admitted to luring Jeffrey Curley into a car and smothering him with a gasoline-soaked rag in October 1997. 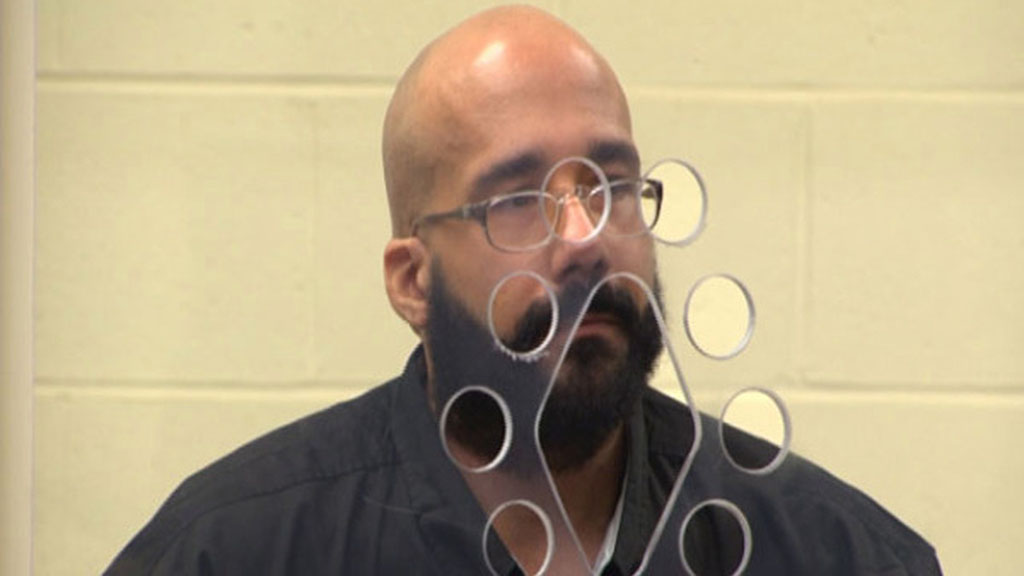 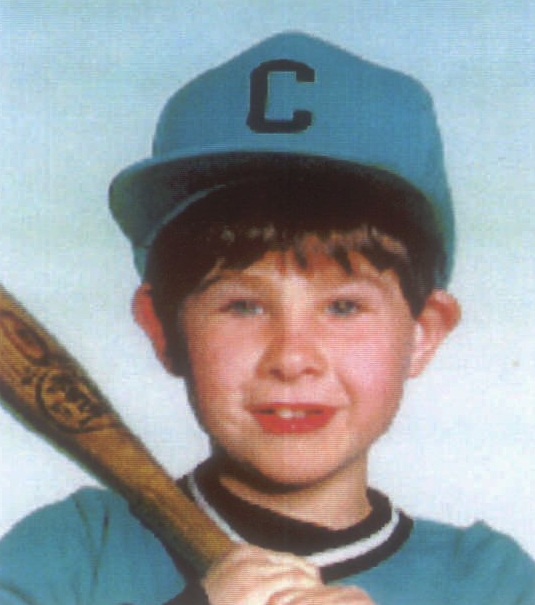 Jaynes is serving a life sentence plus 10 years on charges of second-degree murder and kidnapping for the death of Jeffrey in Cambridge, MA.

Jaynes had previously denied his guilt, but five or six years he privately confessed to a friend while behind bars.

Jaynes, then 22, became sexually drawn to the young boy when he met Jeffrey in April 1997 and began "grooming" him with the promise of a new bike, report the Boston Herald.

Jaynes admitted that he was "absolutely grooming" the boy when he took him to look at new bikes, to McDonald's, the Museum of Science and his job.

Jaynes told the parole that his accomplice, Salvatore Sicari, then 21, had put him up with the idea of having sex with the boy, then killing him.

Sicari is serving a life sentence and will never be eligible for parole. 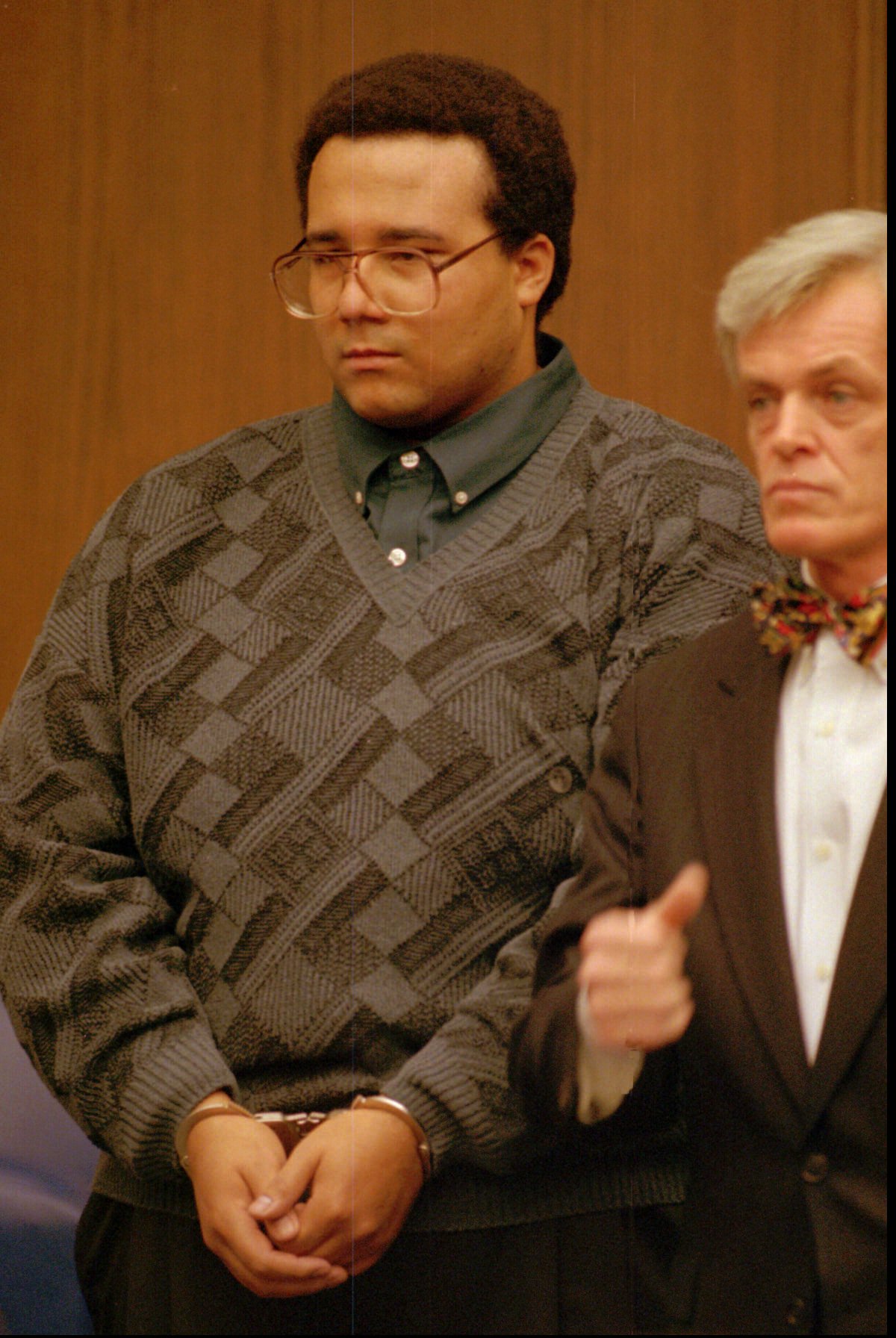 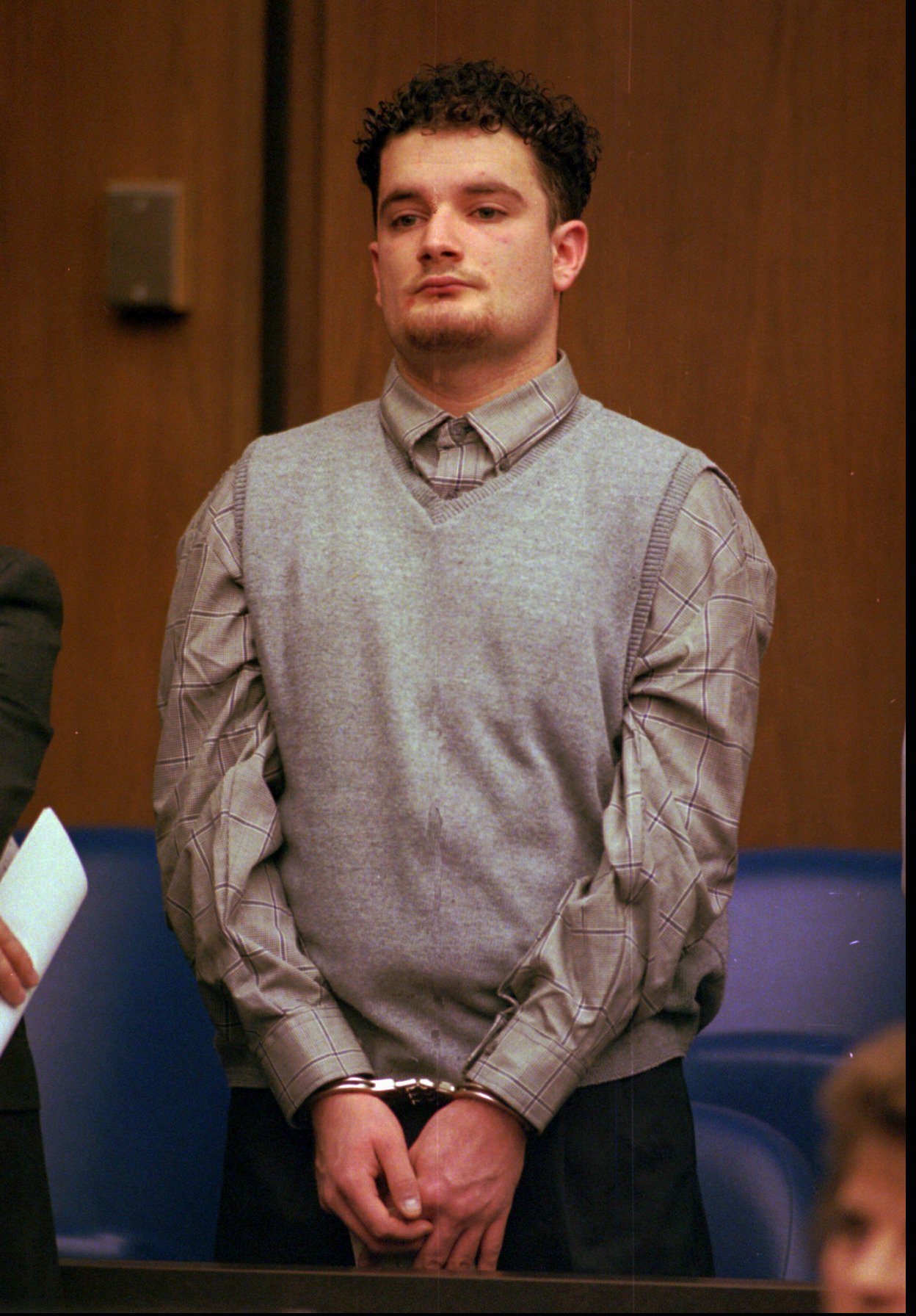 In October 1997, Jaynes and Sicari lured Jeffrey into a car and headed in the direction of the bike shop, because he reportedly "didn't want Jeffrey to be suspicious".

Jaynes drove the boy to a supermarket, so "we could have privacy and murder Jeffrey", he told the board, according to the Boston Herald.

He then got into the back seat, put his arm around the boy's shoulder and held the gasoline-soaked rag to his face.

He explained that he chose the method of killing because "he didn't like the idea of broken bones or blood", he reportedly told the board.

Jaynes said that despite what prosecutors said at his trial, he did not kill the boy because he refused sexual advances, but rather to "impress" Sicari, who reportedly wanted the child dead, according to the Daily Mail.

Once Jeffrey was dead, he was then duck-taped and they put it in the trunk of the car.

The duo bought a container, lime and cement from a store after watching a movie which showed a body getting covered in lime.

They drove to an apartment in Manchester, NH, where Sicari sexually assaulted the corpse.

They then put body and cement in the container before dumping it in a river, said Jaynes.

Police who later searched Jaynes' apartment found Jeffrey's dungarees and a maroon and gold football jersey that his mother said he was wearing the afternoon his disappeared.

At the hearing, Jaynes said he kept the jersey 'as something to remember him by'.

Pornographic magazines and receipts for the lime, concrete and storage container used to dispose of the body were reportedly found in Jaynes' Cadillac.

Jaynes and Sicari were convicted of murder and both were sentenced to life in prison. Shortly after they were convicted, the Massachusetts legislature came within one vote of bringing back the death penalty, report CBS Boston.

Almost 23 years later, Jaynes was asking the parole board for his freedom.

Jeffrey's parents attended the hearing, wanting the 44-year-old to "stay behind bars".

"He took away a piece of my heart. He took my little man. He changed all our lives forever that day more than you could ever imagine," Jeffrey's mother Barbara Curley said.

"I will never have another happy day, my heart is broken."

Shaun Curley, Jeffrey's brother, wanted Jaynes to remain in jail until he dies, according to Boston 25 News.

"To give him the thrill and the excitement to come out of his cell, to go through this to get the publicity that he’s getting, to me is just nonsense.

"He should be in jail until the day he dies."

"The real Charles Jaynes is the devil. That’s the face of the devil right there,” said Bob Curley, Jeffrey’s father."

The parole board is expected to take several weeks to reach a decision on whether Jaynes should be released. 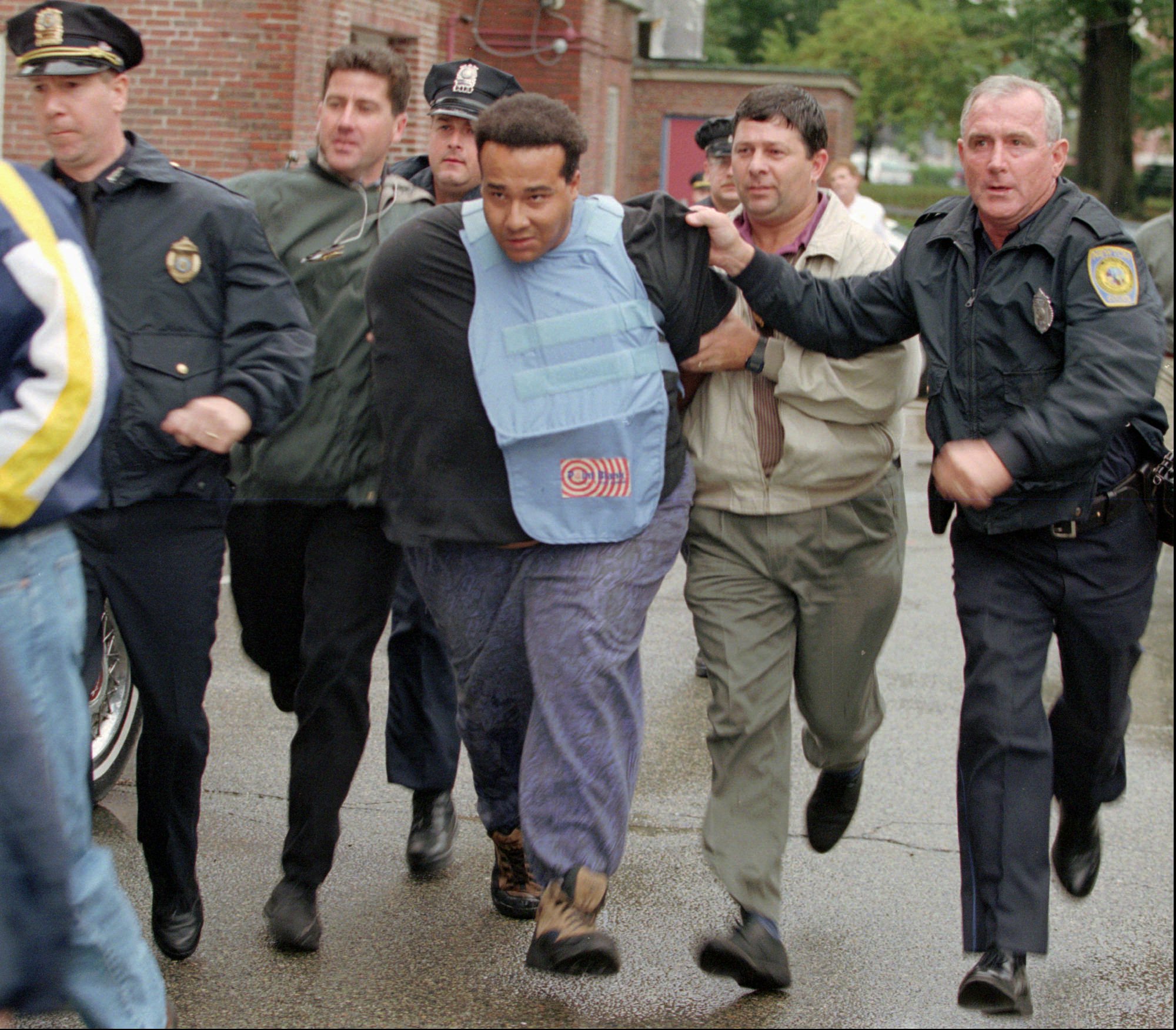 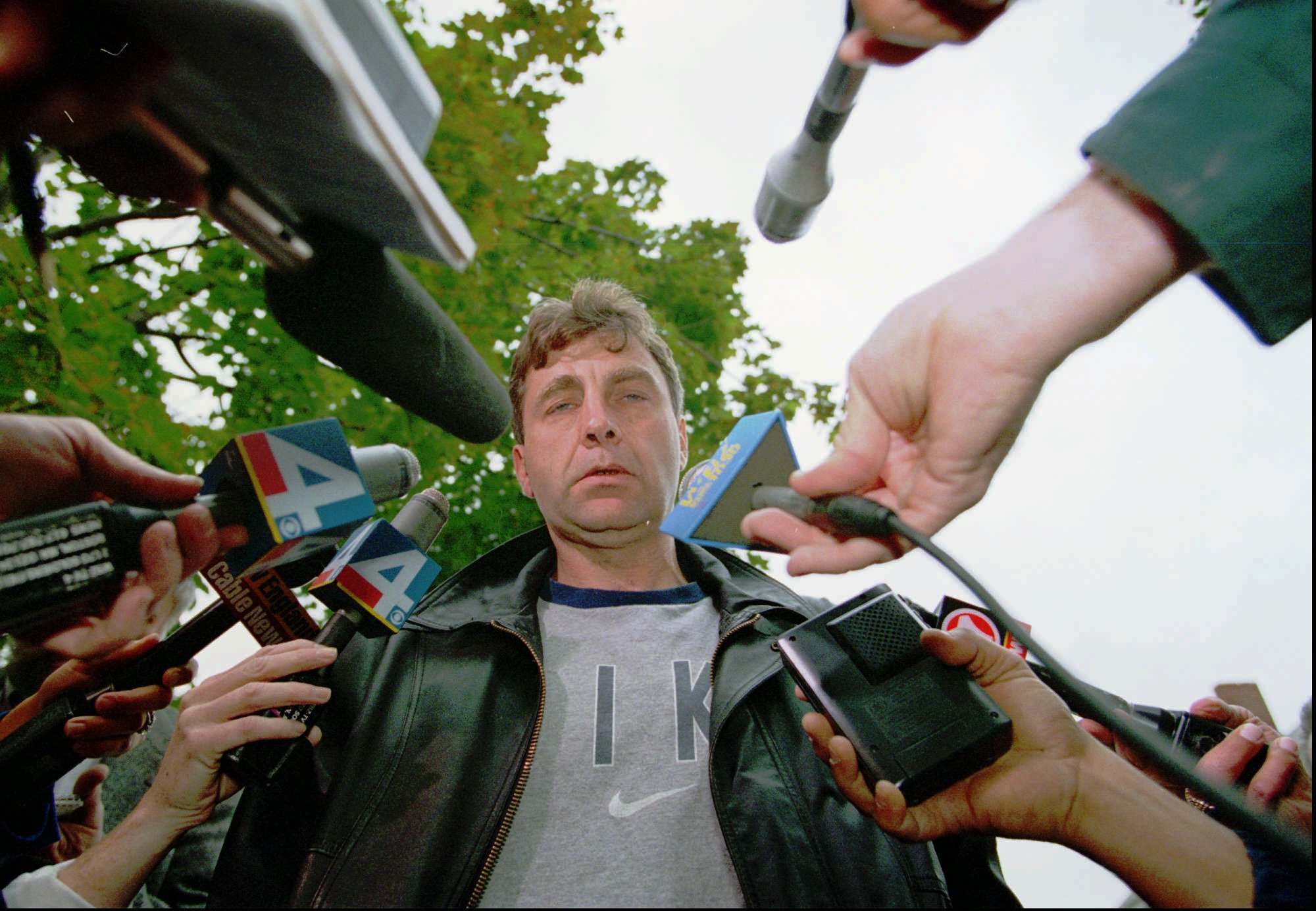 Princeton grad, 34, faces life behind bars, convicted of killing dad who cut off his allowance