Home » World News » Maryland woman ‘felt moved’ to give panhandler money before she was stabbed to death, husband says 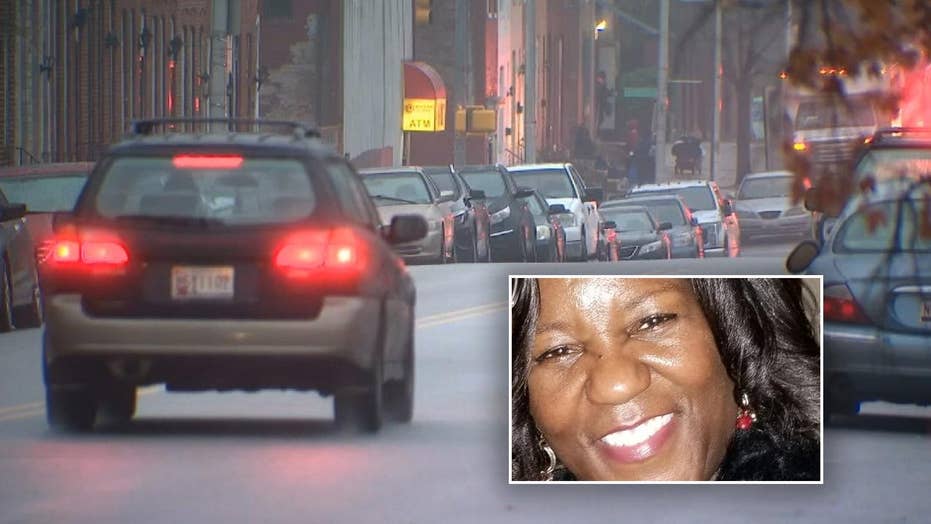 Authorities searching for suspects in woman’s death after police say she stopped her car to give money to panhandler in Baltimore.

A Maryland woman who “felt moved” to give money to a panhandler early Saturday morning was killed when a man lurking nearby plunged a knife into her chest and fled with her valuables, the woman's husband said.

Keith Smith told the Baltimore Sun his wife, Jacquelyn Smith, wanted to help the woman — who appeared to be holding a baby — early Saturday morning in east Baltimore because she “felt moved to give her some money.” The couple had been dancing hours before the attack and celebrating Keith Smith’s 28-year-old daughter’s birthday.

“Something needs to be done, because now you don’t know whether or not you’re going to give and this person’s going to take your life or they’re going to say 'thank you,'” Smith said. “There are some desperate people. They don’t need help; they’re trying to hurt you.”

Jacquelyn Smith was sitting in the front passenger seat when she spotted a woman holding a sign that read, “Please help me feed my baby” around 12:30 a.m. Saturday. She rolled down her window, despite her husband’s reluctance, and handed the woman money.

An unidentified man then approached the vehicle, Jacquelyn believed to thank her for her kindness, but instead stabbed her in the chest, police said. The man and the woman fled the scene with Smith’s pocketbook and necklace, according to her husband.

“This girl actually said, ‘God bless you [as she left],’” Keith Smith told the newspaper.

MARYLAND WOMAN STABBED TO DEATH AFTER ROLLING DOWN CAR WINDOW TO GIVE WOMAN MONEY, POLICE SAY

He rushed his wife to the hospital, but she was pronounced dead two hours later.

Police are still looking for the assailant — described as being in his 30s and about 6-feet tall with a goatee — and the woman he was with, who appeared to be in her 20s, was about 5-foot-4 and was last seen wearing a brown jacket.

Jacquelyn, 52, was an electrical engineer at Aberdeen Proving Ground.

Tateum added: “She was always a good helper. Whatever her little hands found to do, she would do it. She was a very giving person.”