As winds reach extremely dangerous levels in Southern California, the Getty fire in Los Angeles is exploding in size and forcing thousands of residents to flee their homes.

Burning in the hills north of Los Angeles’ famous Getty Center, the fire has consumed 400 acres. The Getty Center and Getty Villa are safe, but many houses were on fire.

Mandatory evacuations are in effect in Los Angeles from the 405 freeway to the ocean — which spans some of the most expensive real estate in the city. Southbound lanes of the 405 freeway, the busiest highway in the country, are now closed. 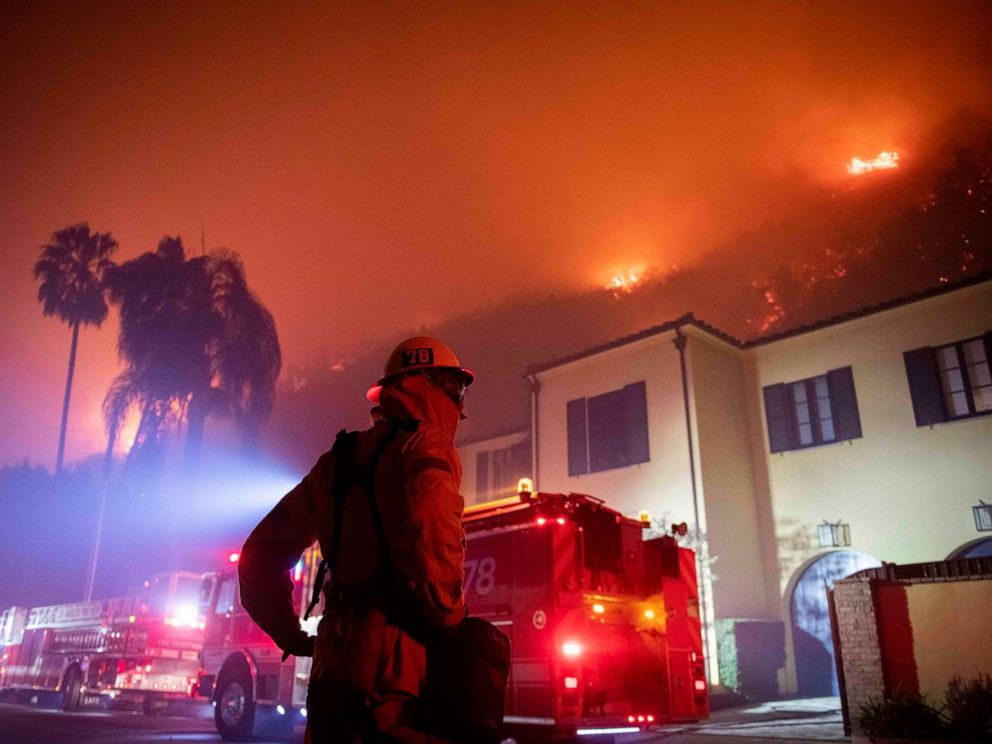 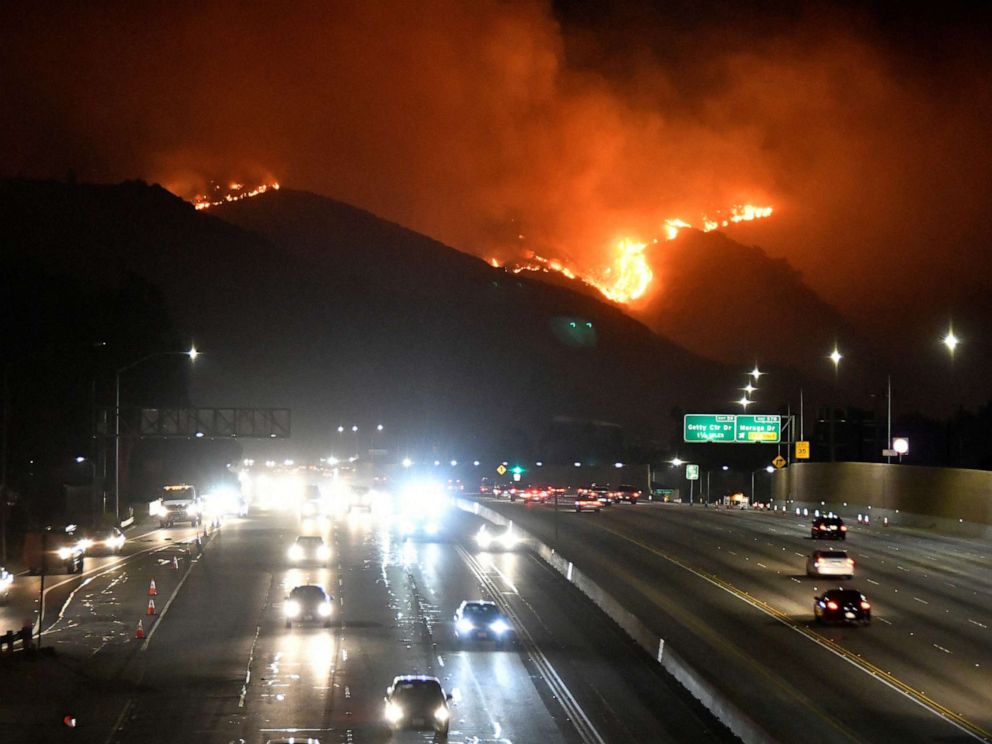 LeBron James said he was among those forced to evacuate from his home overnight.

Throughout the day, the conditions in Los Angeles will be extremely dangerous for fire growth.

Dry Santa Ana winds are expected throughout the day, leaving Angelenos in an extremely critical fire risk area. Gusty winds and dry conditions can cause an existing fire to behave erratically and any spark could quickly expand into a major blaze.

The Getty fire is just one of the dangerous blazes burning in the Golden State.

In Northern California, the Kincade Fire has been burning since Wednesday night and has consumed over 54,000 acres in the heart of wine country.

All Sonoma County public schools are closed Monday and Tuesday due to the dangerous fire. 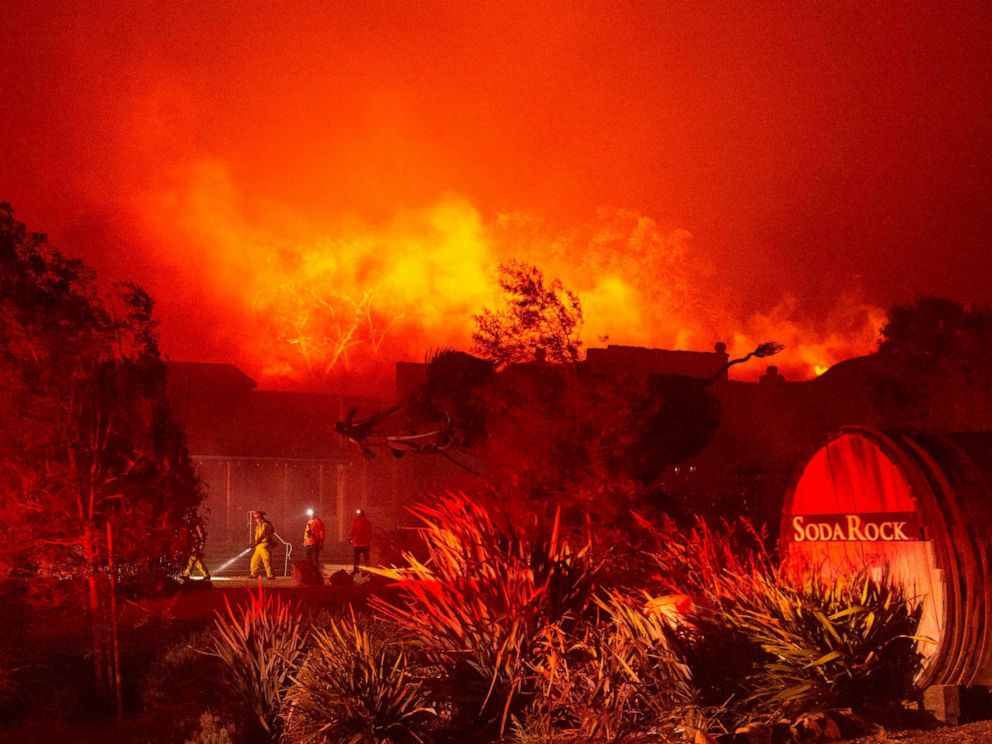 Rough winds, including a 93 mph gust, contributed to the Kincade Fire rapidly growing over the weekend. Containment fell from 10% to 5%.

Over 90 structures have been destroyed and tens of thousands are still threatened. Two firefighters have suffered burn injuries.

Winds are forecast to weaken in Northern California on Monday, but critical fire conditions are expected to return to the region on Tuesday and Wednesday, bringing gusts up to 40 mph.

This story is developing. Check back for updates.