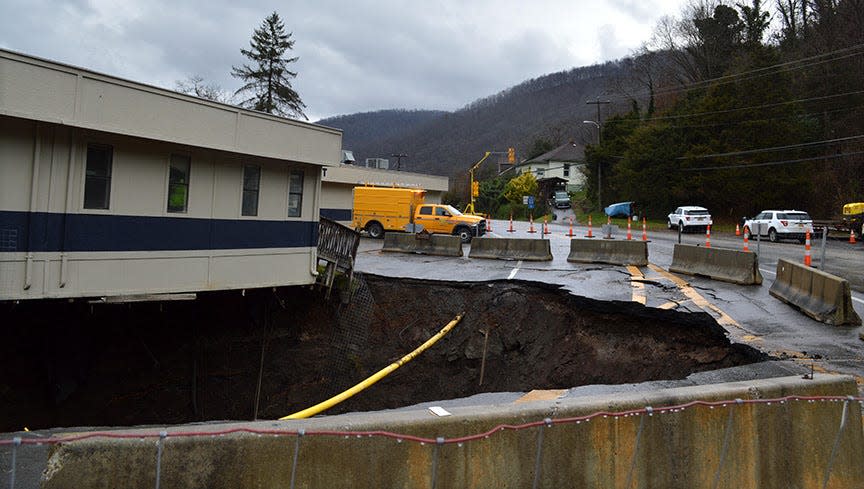 Officials in West Virginia are working to stop a massive sinkhole from swallowing a building that housed a city’s police department.

The sinkhole first opened up on June 14 under state highway 20 near the Hinton Police Department in Summers County, West Virginia after a 90-year-old drainage structure collapsed, according to the West Virginia Department of Transportation.

Now, the road and the police department are directly above the sinkhole area. The Hinton Police Department, a force of five sworn officers, according to its Facebook page, vacated the building as soon as the sinkhole opened up in June, according to the WVDOT.

The agency erected a bridge adjacent to the sinkhole over the weekend in an effort to redirect traffic away from the compromised road, a spokesperson said.

“Additional measures continue in the effort to temporarily divert the stream flow past the failed point in the drainage structure,” the spokesperson told USA TODAY in a statement. “Once that is accomplished, backfill of the sinkhole will begin.”

Work on a permanent repair was ongoing, the spokesperson said. West Virginia state senator Stephen Baldwin said in a Facebook post that a solution had been identified, and it would cost an estimated $5 million

Disaster after the disaster:: A maze of 30 federal entities complicate recovery after tragedy, report finds