MAUREEN CALLAHAN: Ew, Heidi! Incest DOESN’T sell… Why this pornified shoot of mom and daughter kissing and cuddling in bras, panties and high heels is as disturbing as it is cringe-worthy

You wouldn’t quite call this motherly love.

In yet more proof that the fashion world has zero boundaries, Heidi Klum has posed in a series of soft-core images with her teenage daughter Leni — kissing in one shot, dipping her daughter, bra-to-bra, in another.

Heidi, unironically it seems, calls herself ‘a helicopter mom.’

That’s one way to put it.

While the mainstream media coos — ‘celebrating each other,’ says People; ‘continuing to take over the fashion industry as a mother-daughter duo,’ says Harper’s Bazaar — the sane among us cringe.

Seriously: Who thought it a good idea for mother and daughter to pose together in bras, panties and high heels? It’s so sleazy and grasping — no pun intended.

The label itself is called Intimissimi — into-missy-me? Intimacy?

Whatever it is: Ew.

At one point, Heidi seemed to have higher aspirations for her 18-year-old daughter, who started college in New York City this fall. 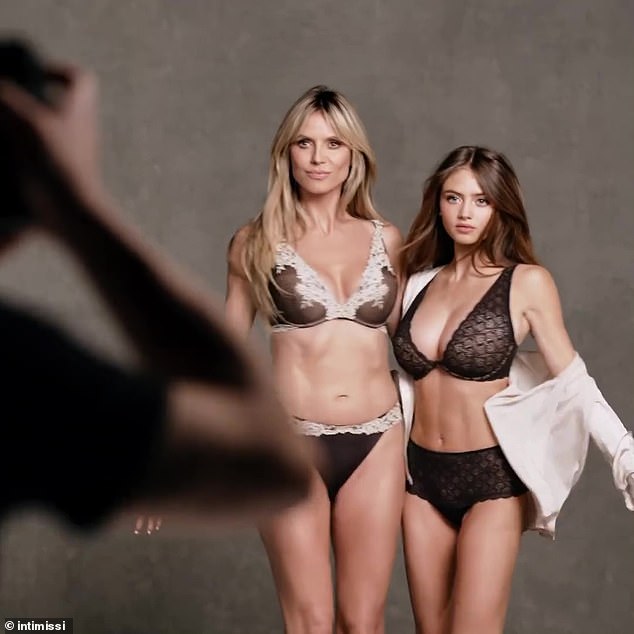 Wow! In several The German model showcased her age-defying figure in a pair of mesh bikini-style panties and a lace-lined bra 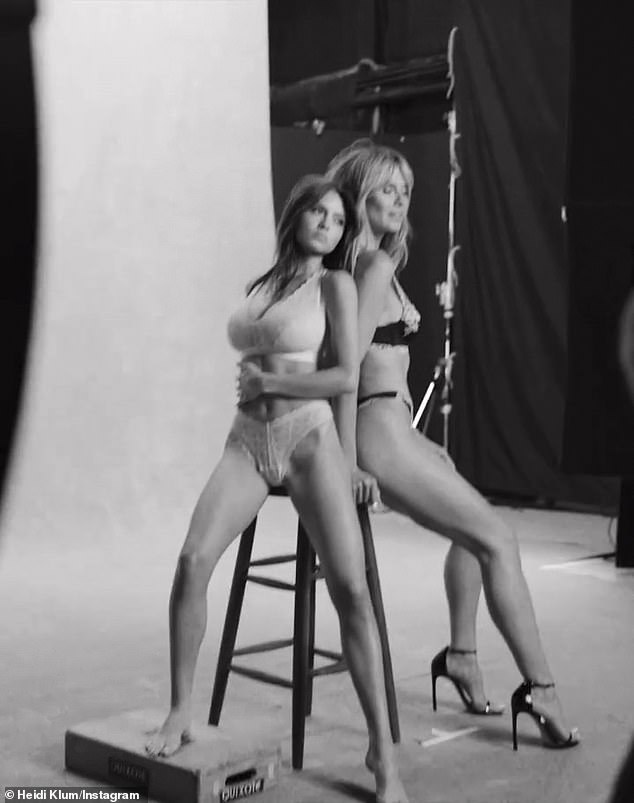 The label itself is called Intimissimi — into-missy-me? Intimacy? Whatever it is: Ew.

‘I am [so proud,]’ Heidi told Entertainment Tonight in August. ‘You know, she has her head screwed on right. Right now, college is on top of the list. It’s not modeling and she’s really excited for that next chapter in her life.’

What changed for Leni between then and now? It’s only been about eight weeks. Could it be that this photo shoot is more about Heidi — who, at 49, might be feeling the fashion world’s cold shoulder? This is after all the same woman, a mother of four, who recently posted a topless photo of herself to Instagram captioned, ‘My hot girl summer 2022.’

Writing from an alternate universe, Heidi thanked the shoot’s creative director on Instagram. ‘Thanks for making us feel confident all day,’ she wrote, going on to claim these images ‘celebrate women; the love and support between a mother and her daughter’ — seems healthy — ‘and how confident, beautiful and happy lingerie can make you feel.’

Call me a cynic, but I find this disingenuous. For one thing, the fashion industry thrives on making its consumers feel less than. Heidi herself was always considered too commercial looking for high fashion. This shoot leads one to wonder: How deep are those scars? What does Heidi Klum have to prove? Does she care that her daughter might be collateral damage? What kid wants to go back to her college campus after posing incestuously with mom? 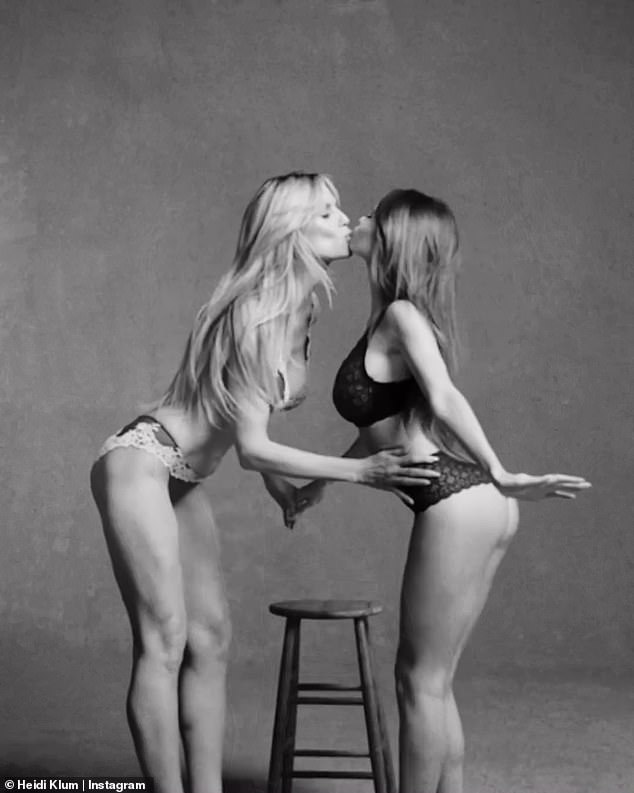 What does Heidi Klum have to prove? Does she care that her daughter might be collateral damage? What kid wants to go back to her college campus after posing incestuously with mom?

That’s to say nothing of the sheer narcissism on display. We’re all too familiar with the momager who pushes one’s unbefitting spawn into the spotlight. Leni Klum is a pretty girl, but at 5’4′ she’s far too short to be a model. Kate Moss’s daughter, same thing — cute, but not model material.

As for this conceit — well, even in the outré fashion world, incest has never quite caught on. Go figure. It didn’t even work for Gigi and Bella Hadid, who posed nude and entwined for British Vogue back in 2018. And though their mom, former model Yolanda Hadid, never hit the highs her daughters have, she did everything she could to get them to supermodel status.

‘Like I always say to my girls,’ Yolanda once said, ‘there [are] a million girls who are as beautiful as you are and deserve success as much as you do. So how are you going to set yourself apart?’

Teasing incest is certainly one way.

Know what’s most scandalous? This isn’t even original! Angelina Jolie did it first and did it best with her brother James Haven, at one point proclaiming, ‘I’m so in love with my brother right now’ while accepting the Academy Award for Best Supporting Actress back in 2000.

If the Internet had been half as powerful then, Jolie would have never lived that down. Instead, she went on to become one half of a gorgeous, unstoppable A-list power couple who . . . oh, right. Never mind.

There is a strange upside to this latest Klum kerfluffle: In our hyper-pornified, post-Kardashian culture, one in which Kim’s naked bottom is thrust our way every so often and we see actual couples having sex on reality TV, there remains a line drawn by most of us.

It may be the bottom line — again, no pun intended — but at least it’s there.