But darker secrets unearthed about the privacy crusader’s past embarrassed his supporters in the Labour Party. 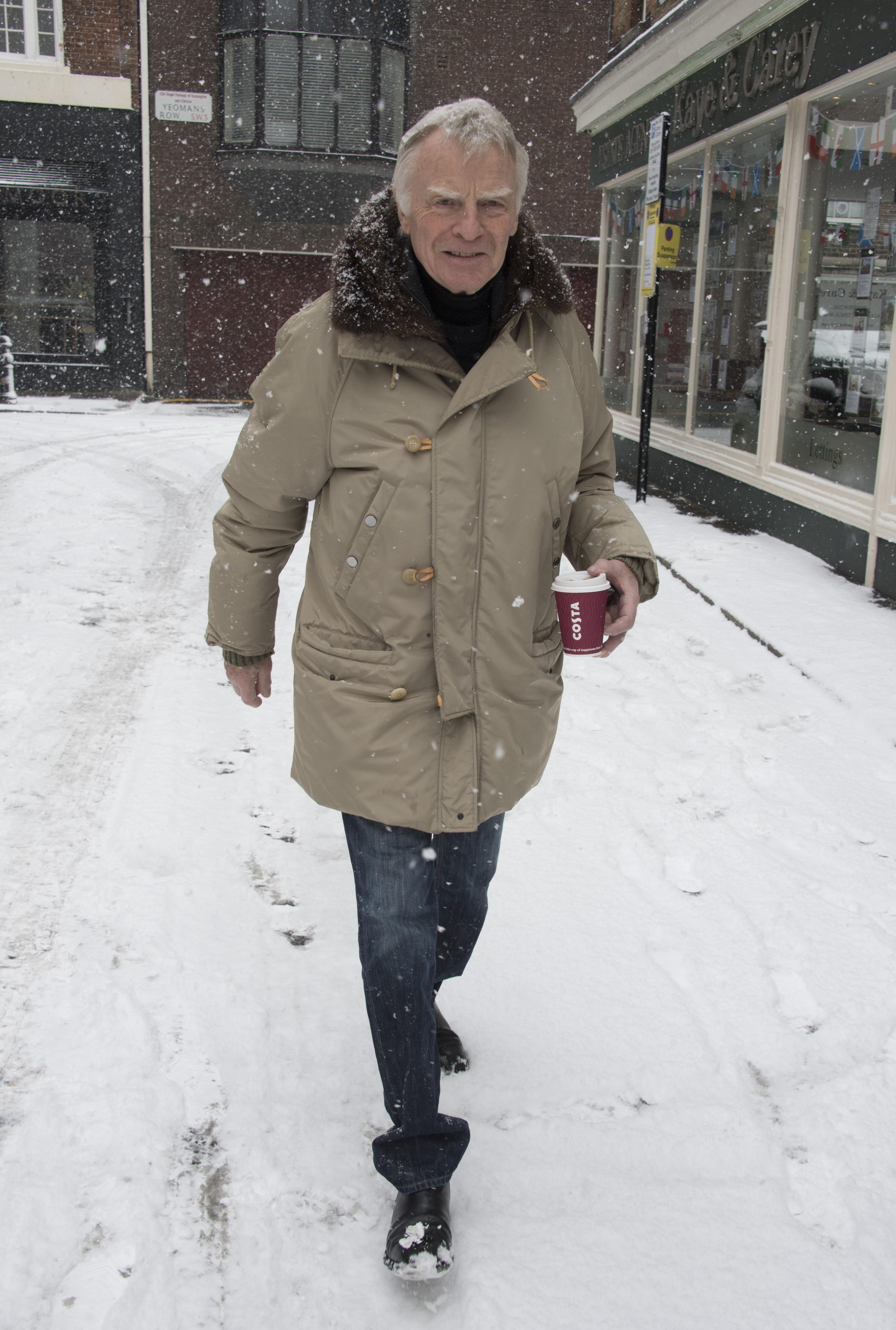 Racist language was found in an election pamphlet which was published with his name on it as an election agent on a far-Right party’s fading election leaflet.

And a deeper probe into his past has shone a light on claims of diehard support for his fascist Hitler-loving father Sir Oswald and participation at street events which became violent.

Bernie Ecclestone, who was also head of F1, confirmed that Mosley had died at his Chelsea home.

He said: "I am pleased in a way because he suffered for too long."

Here — in The Sun’s Mosley Files — we reveal the controversies behind the man who through a trust fund helped bankroll a war on the press.

Spotted at street clashes with dad 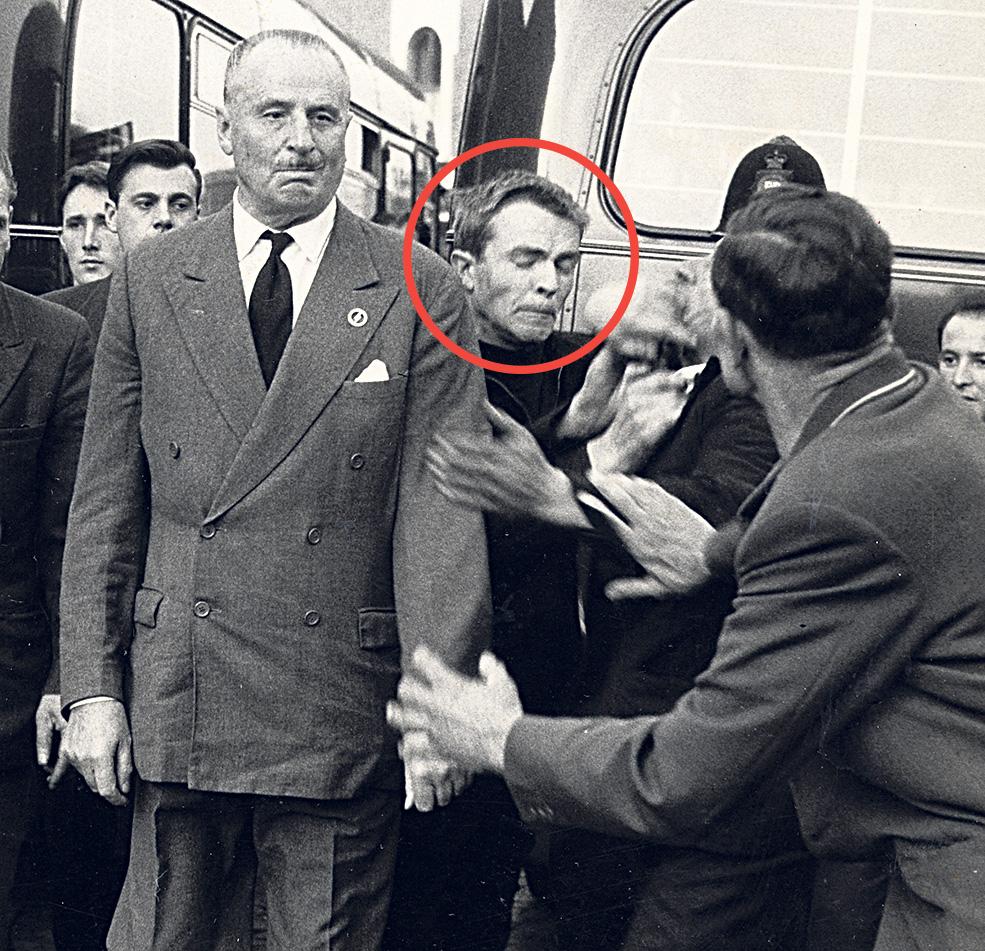 THE young Max Mosley stood alongside thugs supporting his fascist father and was caught up in brutal street clashes and a melee at an election rally.

On September 4, amid continuing riots, the Daily Sketch published a photograph of Max and his older brother Alexander in ­Notting Hill. 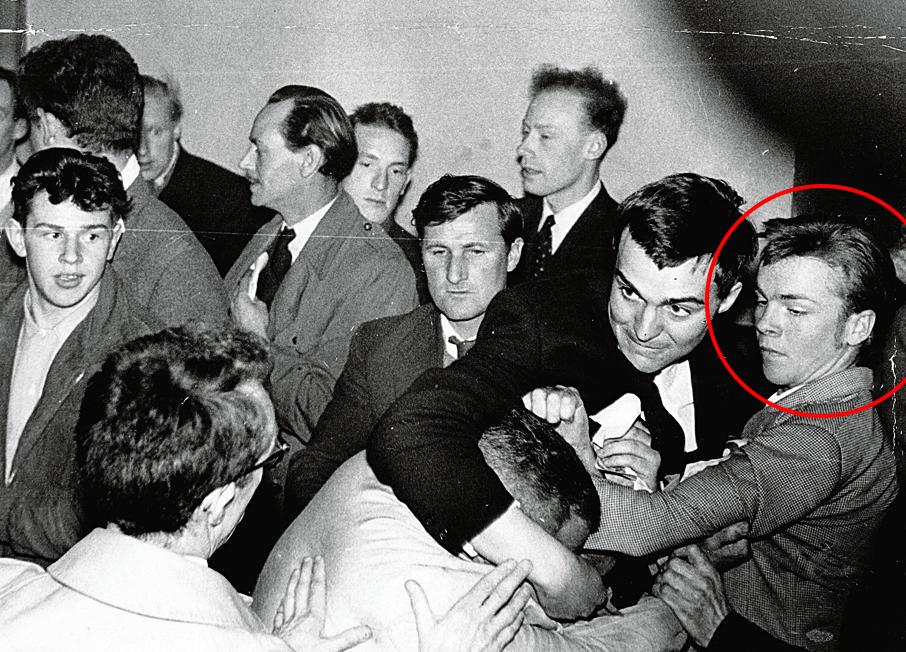 The knuckle of one of grim-faced Max’s fists appears to be cut while his other fist bears a sticking plaster.

Mosley solicitors took legal action against the Sketch over suggestions the pair fought alongside the teddy boys.

The next day, the Kensington News told how “Kill the N*****s” had been shouted from the crowd.

An earlier picture from May 1958 shows Max caught up in an altercation with an opponent at a by-election rally in Islington North. 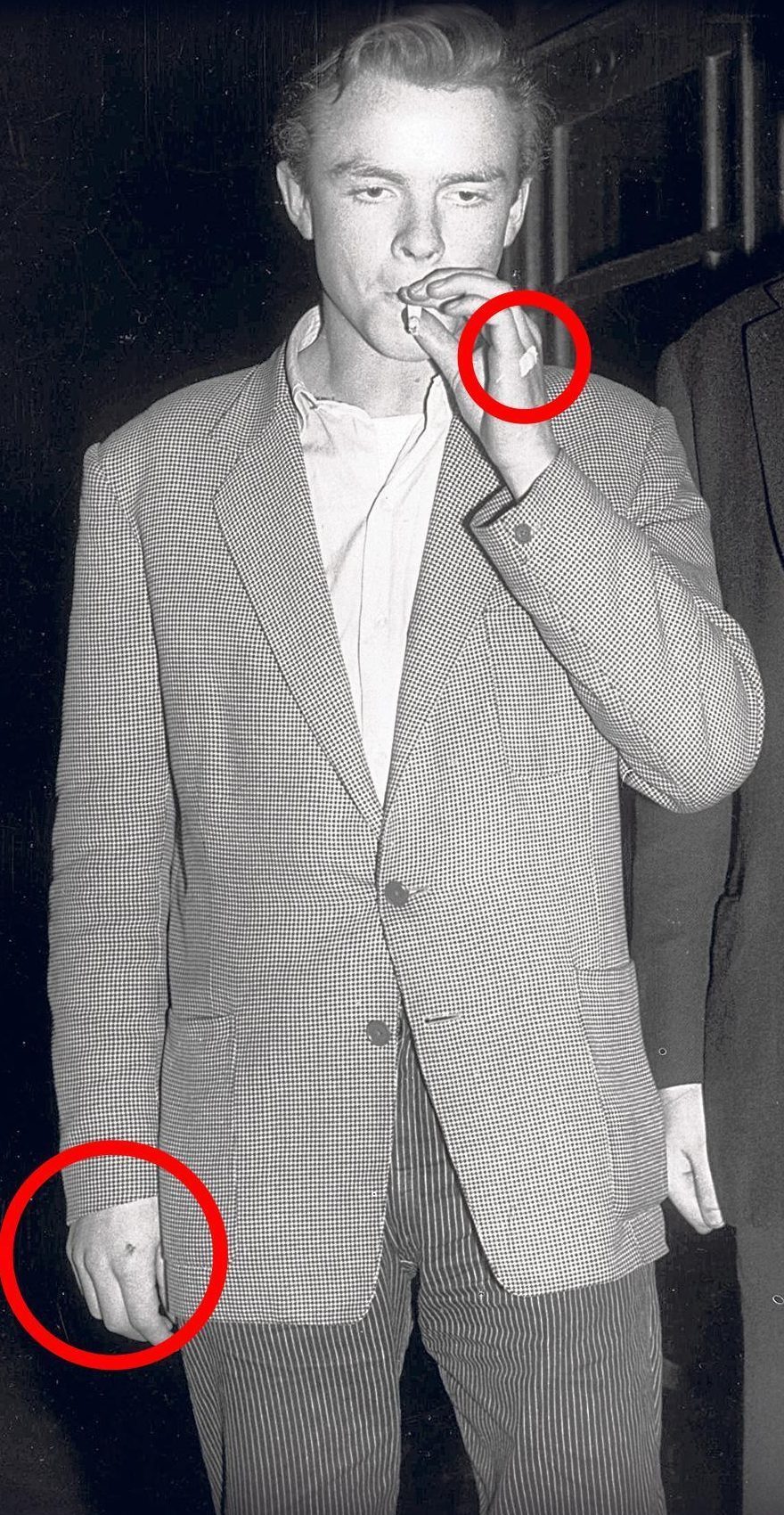 His left arm is extended towards the face of his enemy, who is being held around the head by Alexander.

Later, on July 31 1962, Oswald and his neo-fascists marched in the Jewish quarter in Hackney, East London, chanting “Jews Out”.

MORE ON THIS STORY:

Oswald was floored in the ensuing race riot and Max was among dozens arrested.

He was charged with threatening behaviour, but acquitted at magistrates’ court the next day when he argued he was simply defending his father.

Mosley has always denied being involved in violence on behalf of UM and claims he broke from them in 1963.

MAX Mosley’s crusade to tame newspapers was triggered when a sadomasochistic sex session with five prostitutes was exposed.

But he won a landmark privacy case in 2008 when a judge ruled that the expose breached his privacy and that the £2,500 romp was not “Nazi-themed.” 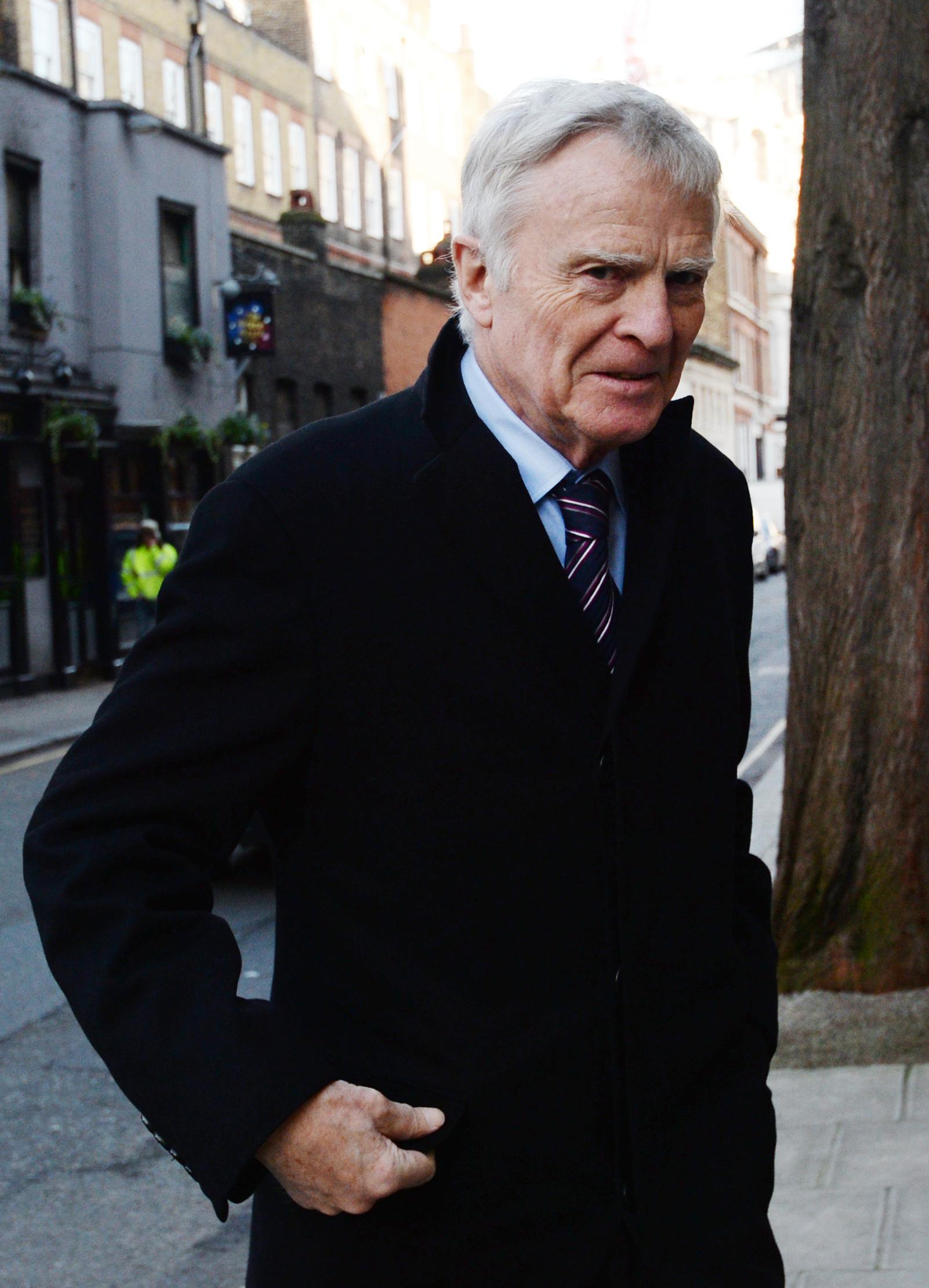 Mr Justice Eady told the hearing it was clear that Mosley “threw himself into his role with considerable enthusiasm”.

The judge decided that although the young women “victims” wore striped pyjamas they were not Nazi-related clothes. 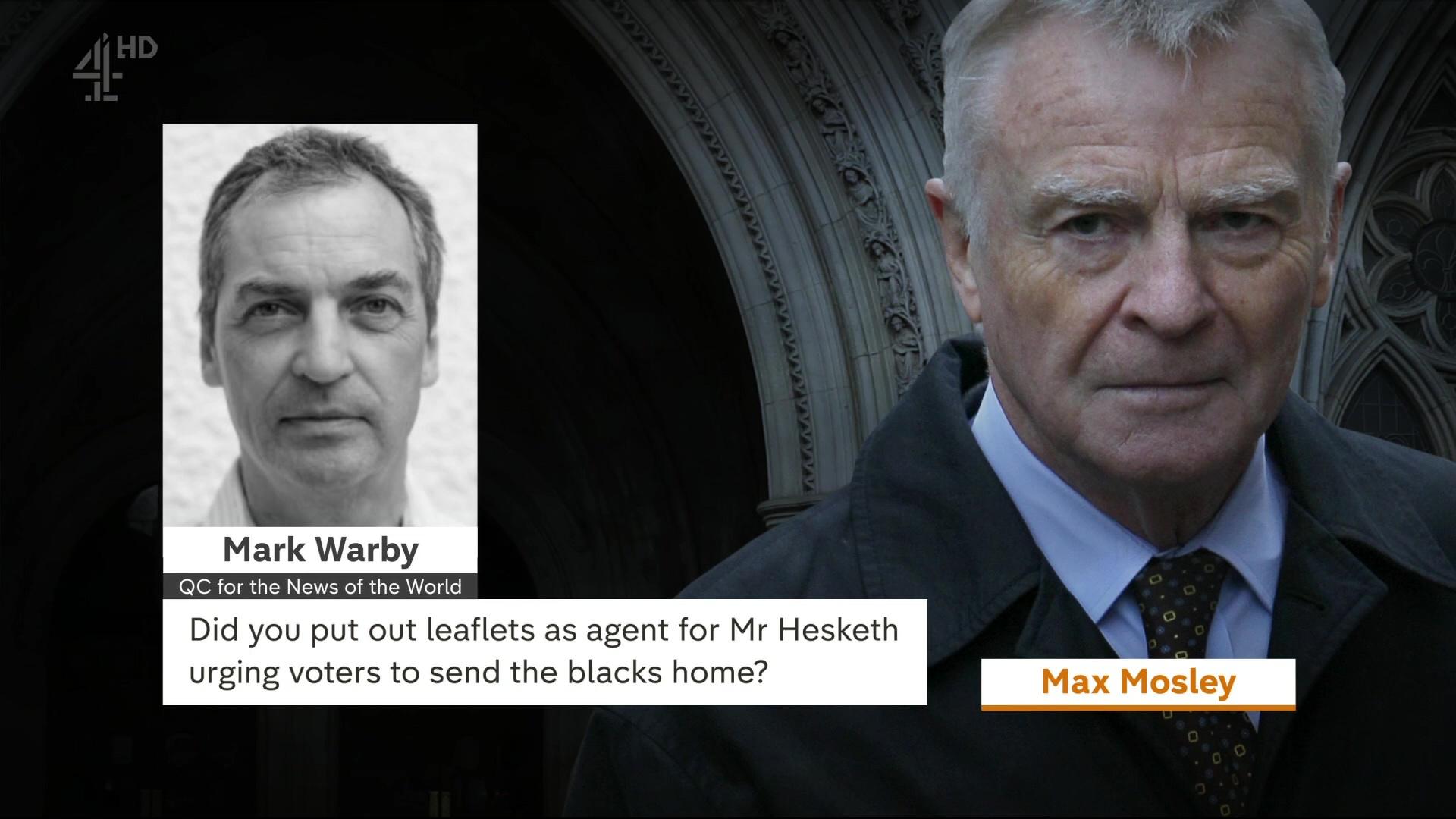 Mr Justice Eady concluded: “Beatings, humiliation and the infliction of pain are inherent to S&M activities.

“So, too, is the enactment of domination, restraints, punishment and prison scenarios. Behaviour of this kind, in itself . . . does not entail Nazism.”

Mosley’s court victory encouraged him to pump millions into anti- newspaper campaigns and to bankroll new press regulator Impress through a family trust.

As an election agent, Mosley put his name to a leaflet from a candidate supporting racism and urging the Government to “send coloured immigrants home”.

The mogul aligned himself with his father Sir Oswald’s fascist Union Movement and supported one parliamentary candidate.

His name appears as an agent on a four-page document alleging immigrants brought “leprosy, syphilis and TB”. 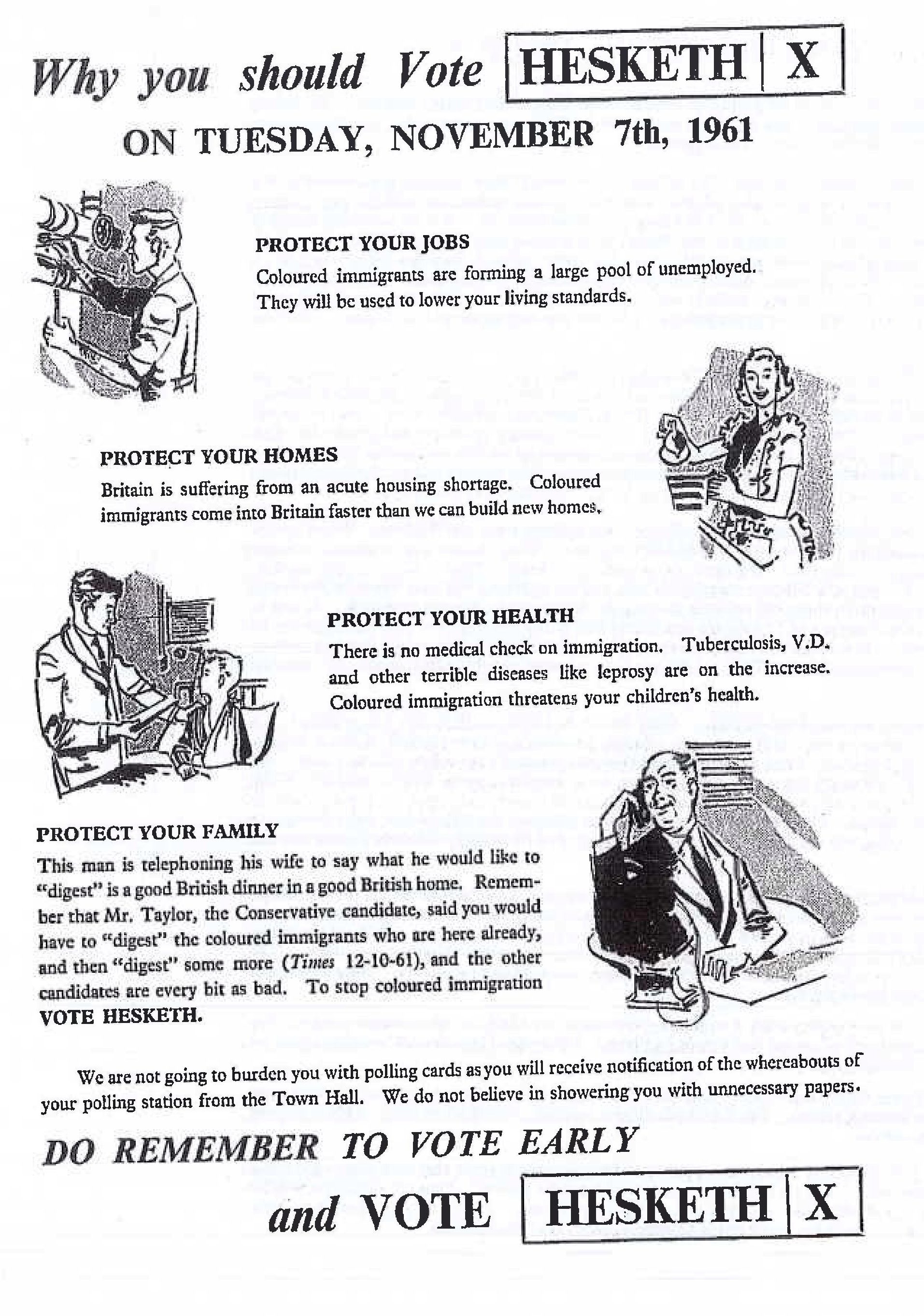 Mosley himself is reported as allegedly calling for a “law to send immigrants back” while campaigning for Walter Hesketh in a by-election in Manchester, we can reveal.

In a local newspaper article from November 1 1961, less than a week before the vote, Mosley told reporters immigrants would be “sent home”.

He said: “A law to send them all back where they came from — that’s what we would advocate. You wouldn’t call it deportation, they would just be told to go.” 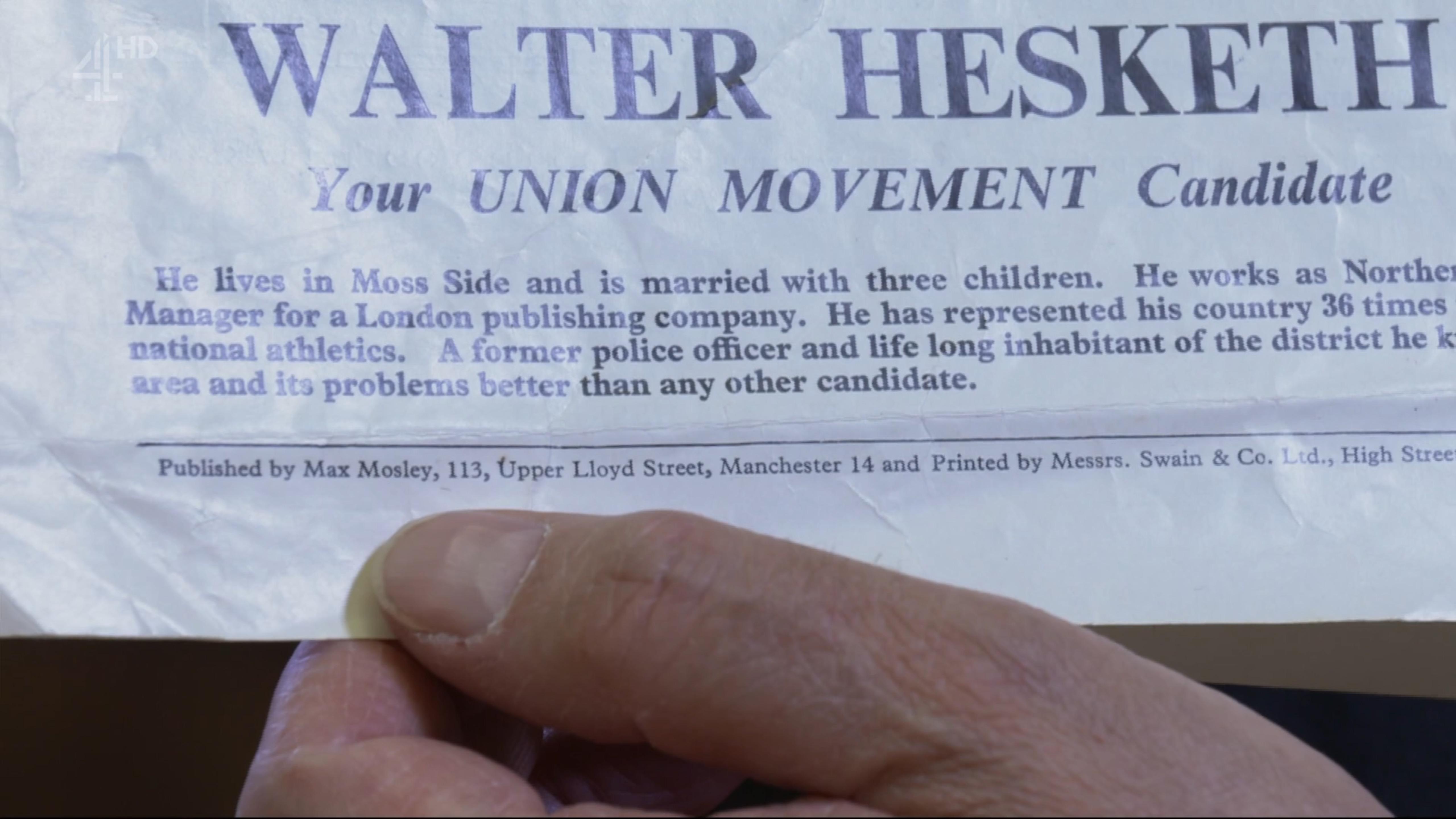 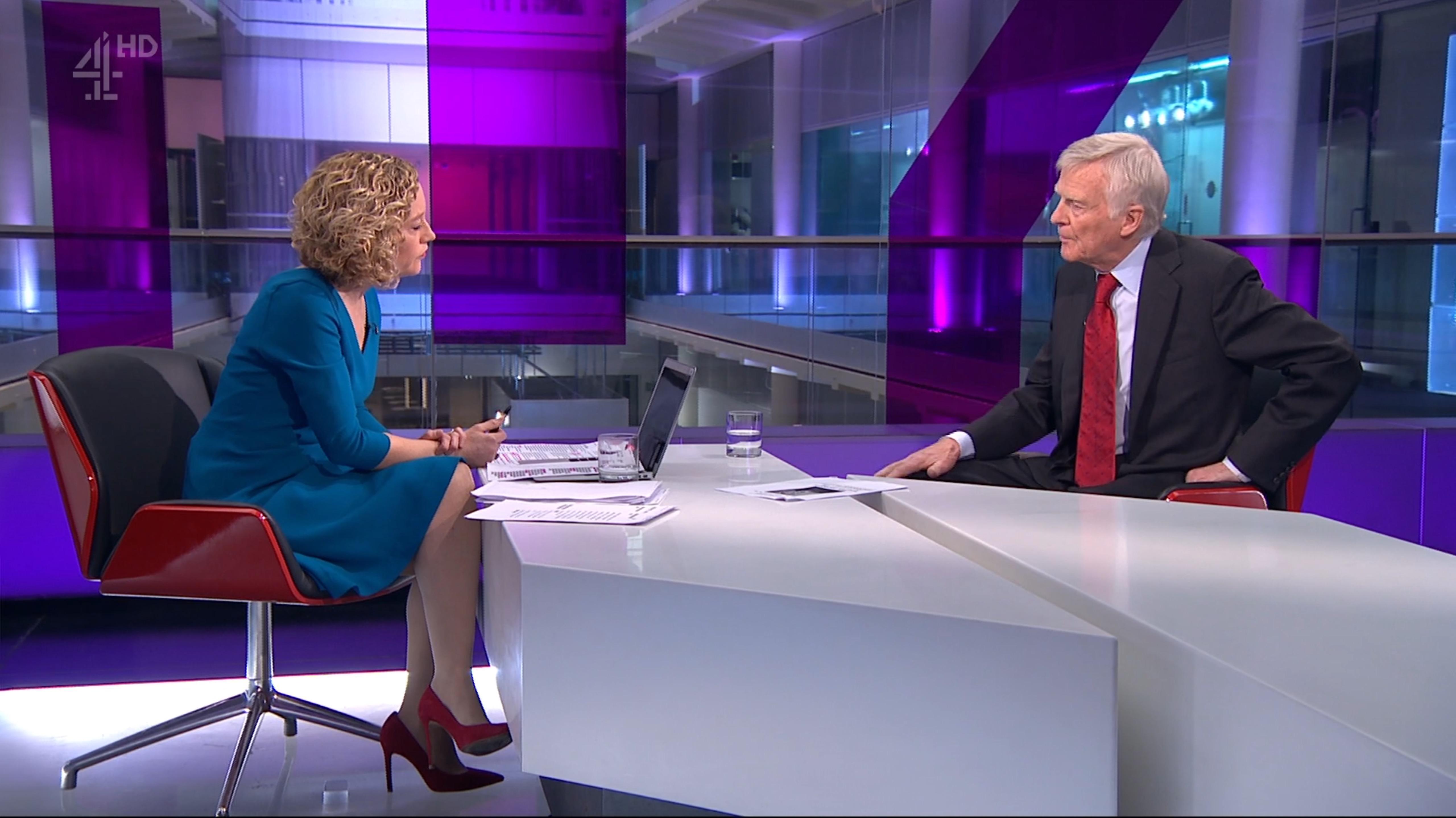 The article raises further questions about Mosley not knowing about racist pamphlets as they are directly referred to in the piece.

Previously asked about the leaflet, which until now has remained in archives in Salford, Mosley told a court he had no memory of it.

He added that it was “nonsense” to suggest he had distributed such material.

During an interview with Channel 4 News, Mosley did accept that the connotations in the leaflet — “if genuine” — were racist.

The son of a Manchester cop, he fought the 1961 Moss Side by-election on immigration and housing. 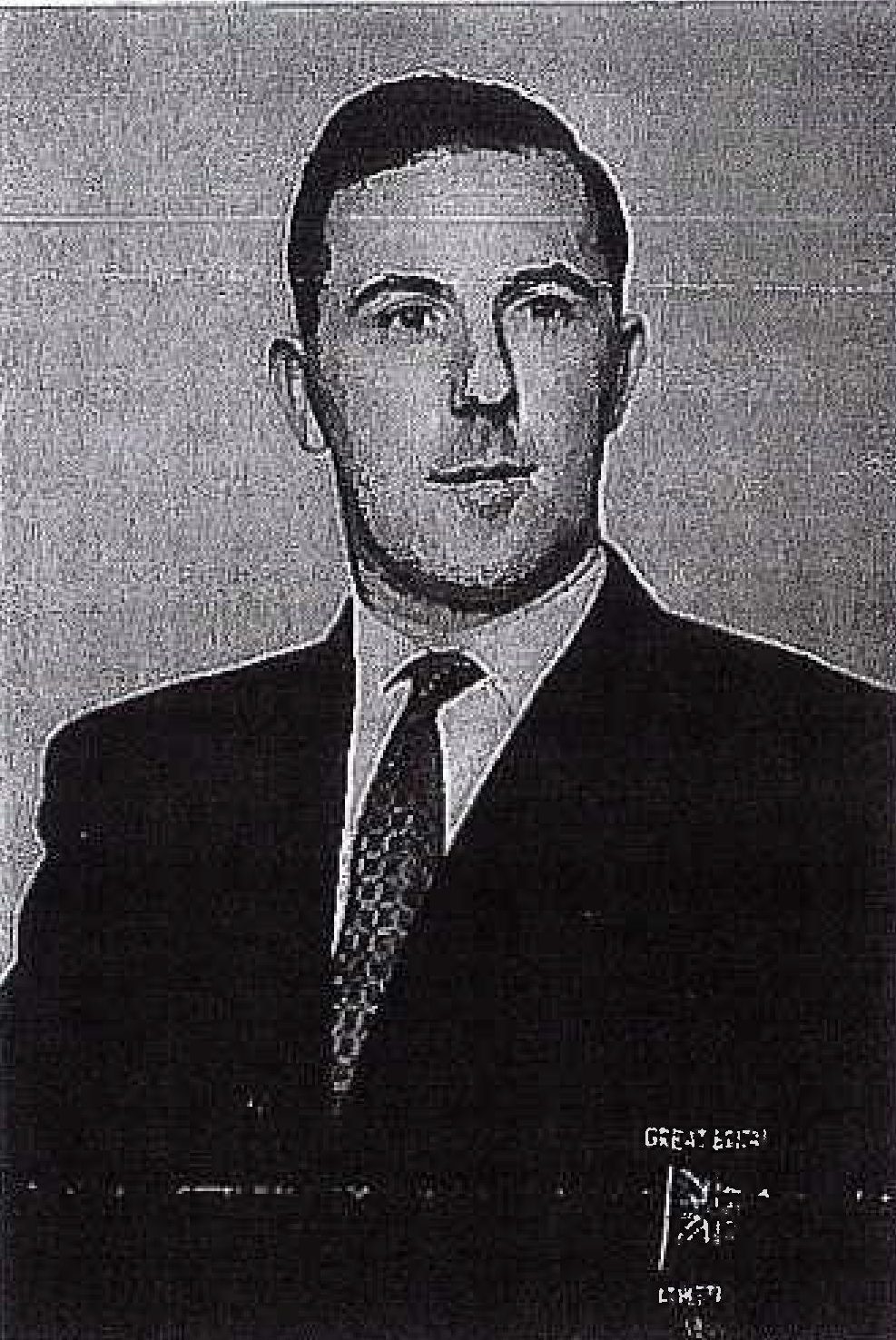 That October, the dad of three told a newspaper that “coloured people” who came to the UK after 1945 “should be sent home”.

He came last in the vote won by the Tories.

MAX Mosley’s fascist father Sir Oswald retired from politics in 1966 but his racist ideology lives on in Britain. 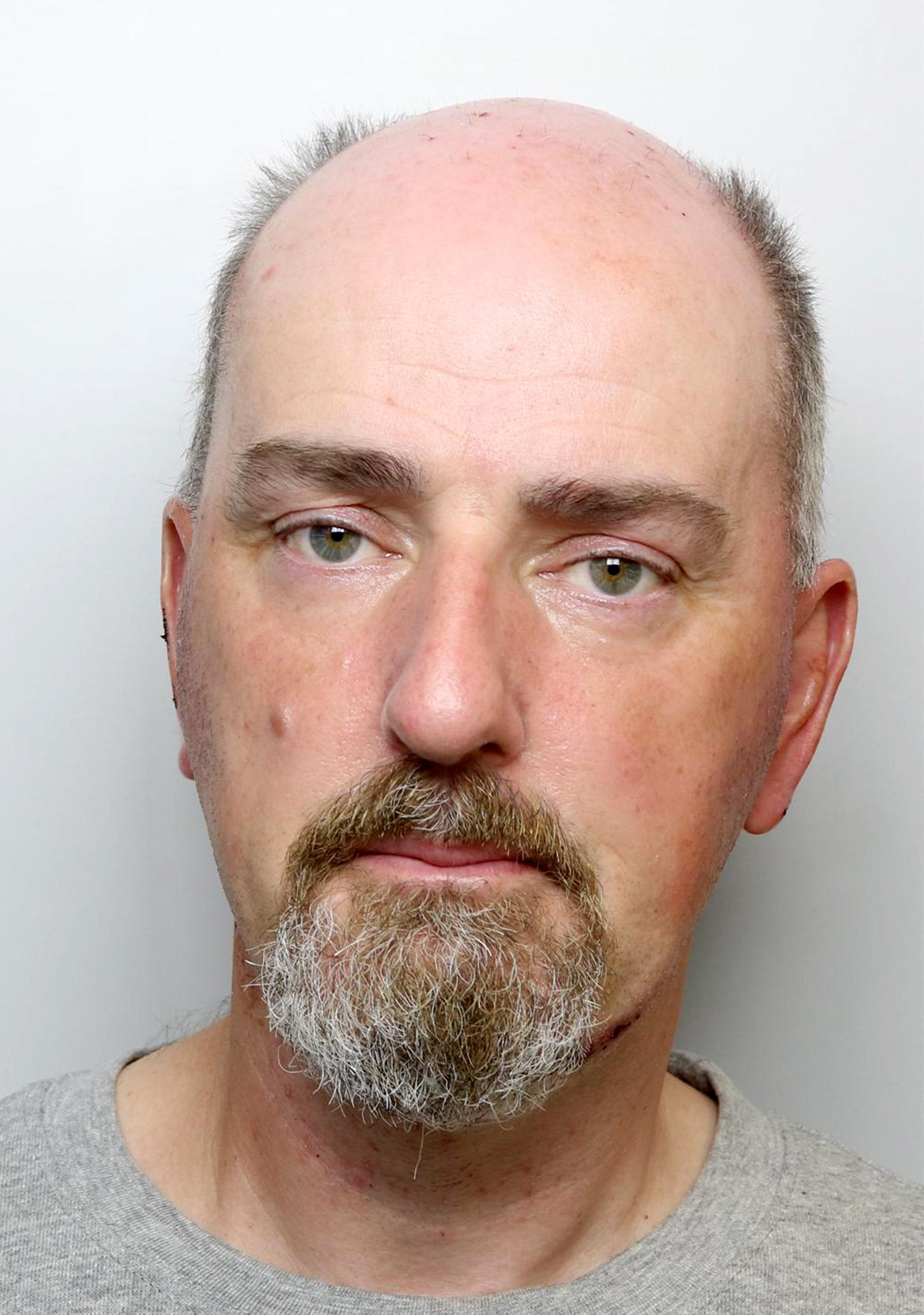 He claims any former links are no longer relevant as his views and society have changed in the half a century since.

But the legacy remains after the torch was carried by the far-Right fanatics of the National Front and National Action.

The same hate and bigotry filled the heart of Thomas Mair who shouted “death to traitors, freedom for Britain” after being charged with the gun and knife murder of MP Jo Cox, 41, in 2016.

The group copied his Union Movement symbol for their insignia.

In his book on the revival of post-war UK fascism, Very Deeply Dyed in Black, Graham Macklin said the Union Movement transmitted “malignant . . . political and cultural idioms . . . to a new generation of activists”.