EXCLUSIVE: I’m afraid Mel B will end up like Whitney Houston! Star’s ‘manny’ tells DailyMailTV ‘she hasn’t overcome her drug addiction and surrounds herself with enablers’ – like the tragic pop star

Mel B’s former friend and nanny has told DailyMailTV he’s worried she’ll suffer the same fate as Whitney Houston after learning of the former Spice Girl’s drug use in her new book.

Rusty Updegraff said he fears for Mel’s health and future after she admitted in her new memoir, Brutally Honest, to snorting cocaine to overcome stress.

Rusty claims he watched the America’s Got Talent judge’s life spin out of control as she turned heavily to alcohol and drugs to deal with her divorce and custody battle with ex-husband Stephen Belafonte.

The mother of three wrote in her memoir that she has overcome her drug addiction after moving on from her split, but Rusty – who served as her ‘manny’ –  claims she did not seek professional help to become sober.

He compared her to Houston, whose death in 2012 came after she hid the extent of her drink and drug dependencies. 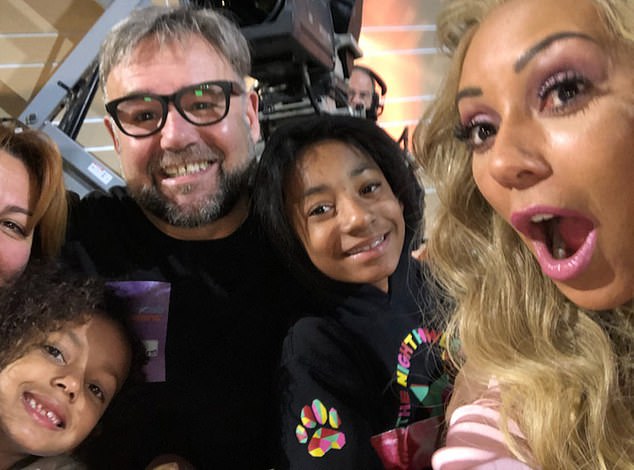 Mel B’s former friend and nanny Rusty Updegraff  says he fears for her health and future after reading about the extent of her drug use. Above he is pictured with Mel and her daughters, Madison, seven (far left) by Stephen Belafonte, and 11-year-old Angel (second from right) by Eddie Murphy 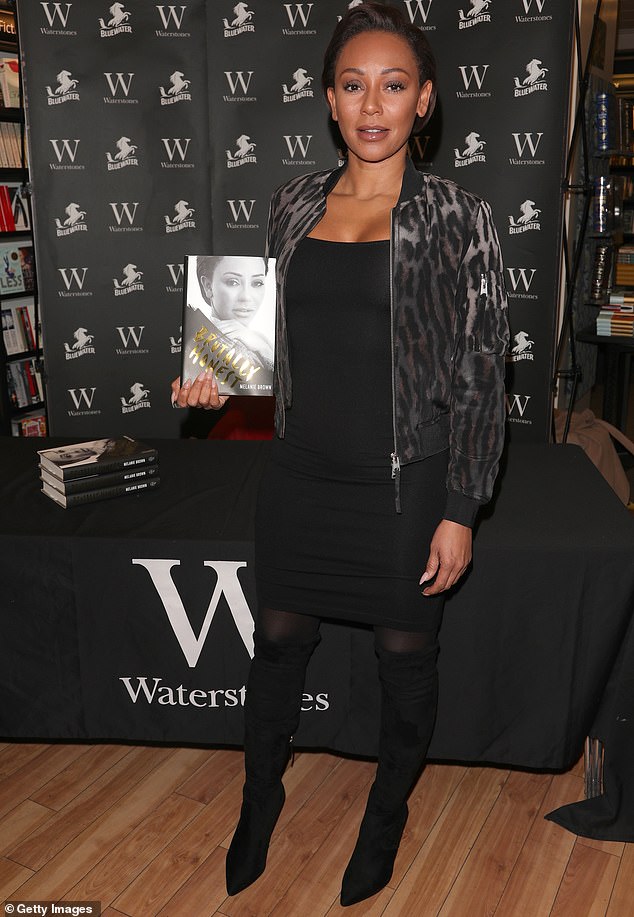 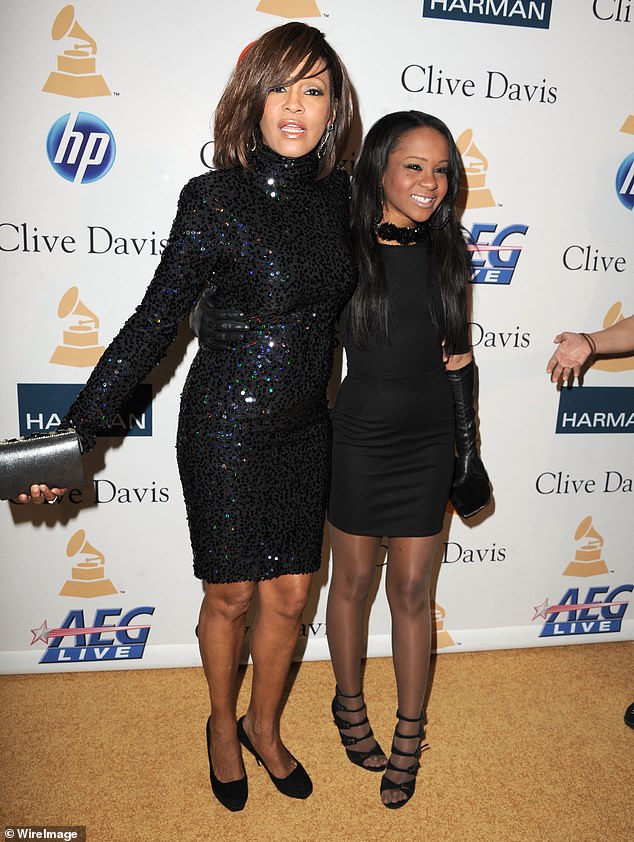 ‘The thing is that you don’t just give up drugs. The drugs are in charge, that’s the thing,’ he told DailyMailTV.

‘This is going to go on and no one is going to say anything. They all want to stay on the money train and that glamour lifestyle with them.

‘Go do it yourself, but they want to be there and I’m afraid that’s what’s going to happen to Melanie if they’re all going to be around until something bad happens.’

Mel, 43, has spelled out aspects of her troubling life since getting together with Belafonte in her explosive book, set to become a Christmas best seller.

The mother of three wrote that Belafonte physically and emotionally abused her, all but emptied her bank account and claimed ex Eddie Murphy wanted to marry her.

Belafonte has strongly denied the claims, breaking his silence in a DailyMailTV interview last week to say that none of them were true.

Rusty, 60, says he believes Mel lives in a ‘cuckoo’ world, needs professional help to be sober, and fears a return to her partying ways.

‘What I would say? I would tell Melanie, I would say, “Cut the c**p. Don’t try to tell me this. I know. You know that I know and you need to stop.” 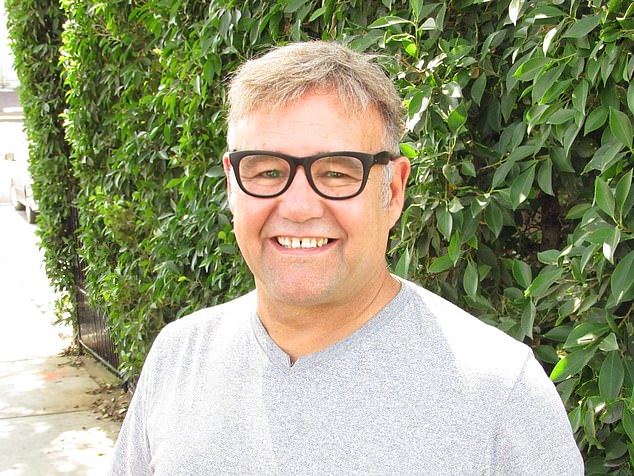 Rusty, 60, who cared for Mel’s children for nine months, alleges Mel never sought professional help for her troubles and continues to surround herself with enablers 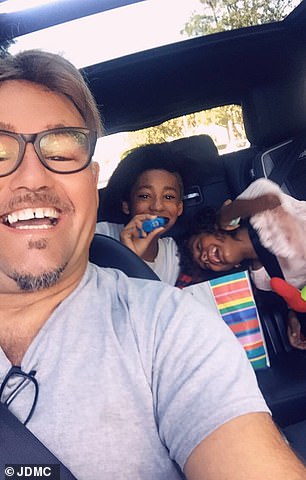 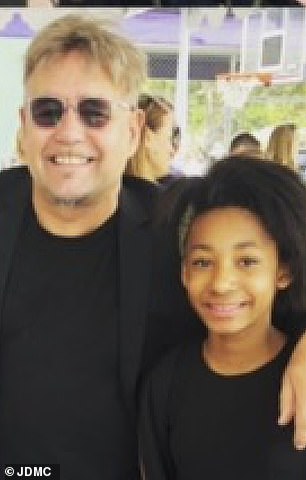 His relationship with the America’s Got Talent judge remains strained after he claimed her drug, alcohol and sex addiction was taking a toll on her kids (pictured) in a bombshell court declaration

‘She has so much potential to do so much, but she needs to clear her head. She needs to stop partying.’

Rusty said that the way she addressed her drug use in the book caused him grave concern.

‘She’s in her book saying, “I did six lines before I went to BGT. [Britain’s Got Talent]”‘ he said.

Between a lack of professional help and those who now surround Mel B, he said, he fears the future has a menacing potential.

‘It’s going to carry on and I worry, because the people around her, they’re not saying anything and she’s going to end up like Whitney Houston and that really scares me, because it’s possible,’ he said.

‘All it takes is one stupid little mistake one night, or take a pill with it or some interaction and it’s over. And then where are they? On to the next celebrity that they can cling on and that’s what makes me mad, because I’ve always told Melanie, “I’m not a fan, I’m a friend.”

‘When she would get uppity and do things once in awhile, or treat me poorly, I’d always say, “Girl, I ain’t a fan. I’m a friend. Don’t talk to me like that.”‘

Rusty understands from friends that Mel remains furious with him after he filed a deposition in her custody case describing her out-of-control lifestyle.

In September, Rusty told how he was compelled to tell a judge about the star’s alcohol and drugs demons after allegedly witnessing her bully her 11-year-old daughter and flaunt a string of strange men in front of her two young children.

He claimed the America’s Got Talent judge would leave town for ten days at a time and not once call her children while she was away. 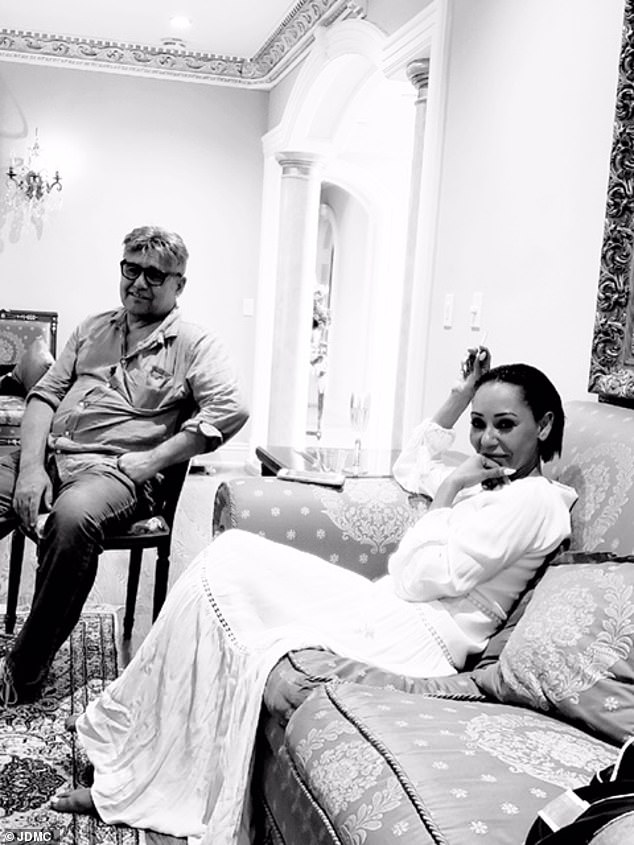 Rusty says: ‘I am not mad at her she was mad at me. I want the best for her’

Rusty – who cared for Mel’s children for nine months – says witnessing the obvious emotional impact her behavior was having on Angel, 11, Madison, seven, and even Phoenix, 19, was difficult and ultimately spurred him to act.

His declaration ultimately prompted Judge Mark Juhas to order she undergo alcohol and drug tests to make sure she was sober around her children.

Months later Judge Juhas was satisfied that Mel was living clean and waved more tests and granted joint custody of daughter Madison with her ex Belafonte.

But Rusty said that the need for help had not been met: ‘In my opinion Mel B needs to be checked and get some help.’

He also took aim at the claims in the book saying many were ‘simply untrue’, echoing Belafonte’s description of them.

Reacting to chapters on how ‘monster’ Belafonte destroyed her life, Rusty feels that Mel still loves her ex husband.

‘Why don’t you just move on. When you have a bad relationship – just move on. Could she still be in love with him subconsciously?

‘She is still attracted to him and is still into him or something. 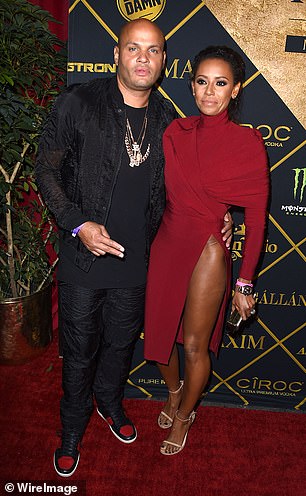 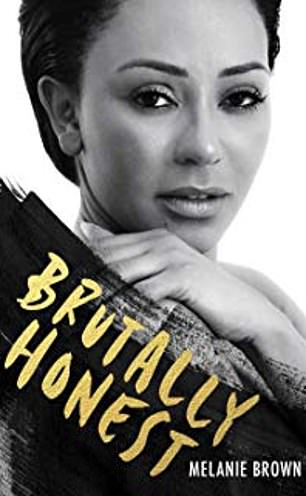 Mel has spelled out aspects of her troubling life with ex Stephen Belafonte in her explosive book, Brutally Honest. Belafonte and Rusty have denied her allegations

‘Her lifestyle and the way she wants to live is not conducive for a couple. There is nothing wrong with that – you can party like a rock star but sort out your life so you can.

‘It is not like kids and partying go together. You need to lead by example.’

Rusty said Belafonte, 43, was ‘devastated’ over Mel’s memoir as he claims all her allegations against him are false.

‘He is pretty devastated over this, because there are so many false accusations what he says. I have seen stuff to see what he is saying is true. He has never beat her,’ he said.

‘I have never heard her ever make an accusation. You know when a woman or anybody has been hit, the first thing they say is “you hit me.” She never says that….it doesn’t make sense.’

According to Rusty, at the start of the year, she came close to losing her $2.7m gig at AGT as she battled with producers.

Rusty claims she ‘pushed it’ with executives over her clothing and importance on the show. At one stage her behavior looked likely to put her job in jeopardy.

However, supportive executive producer and AGT judge Simon Cowell has protected her during troubled times, he claims.

‘Simon is like a big brother to her. There is something there that he understands her. He looked out for her and saved her.

‘But I worry there comes a point where he goes I cannot do this anymore – all this drama in her life is a lot.’

‘I felt Simon did care and worried about her.’

'Bomb cyclone' snowstorm could hit the East Coast by THIS WEEKEND, forecasters warn