London: Former German chancellor Angela Merkel has admitted she did not have the political strength to stop Vladimir Putin from invading Ukraine because she was a lame duck before leaving office.

Merkel wanted to hold talks with the Russian president and Emmanuel Macron, his French counterpart in 2021, her final summer in power. 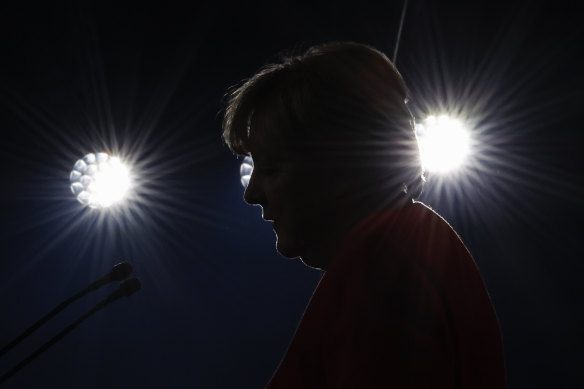 Angela Merkel speaks as she receives the UNHCR Nansen Refugee Award for protecting refugees at the height of the Syria crisis, during a ceremony in Geneva, Switzerland, last month.Credit:AP

But she was unable to get the backing of other EU leaders for the independent talks within the European Council. “Some people objected and I no longer had the strength to push it through because, after all, everyone knew: she’s leaving in autumn,” she told Der Spiegel.

Merkel was Europe’s most influential leader for most of her 16 years in power, which ended in her handing over to Olaf Scholz of the Social Democrats in December after elections in September 2021.

She sensed the waning of her influence on a farewell trip to Moscow after years of being Europe’s main interlocutor with Putin.

“The feeling was very clear: ‘In terms of power politics, you’re through.’ For Putin, only power counts,” Merkel, who speaks fluent Russian, said. 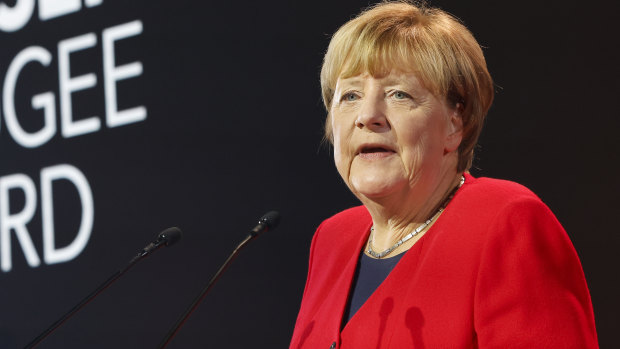 Angela Merkel receives the UNHCR Nansen Refugee Award in Geneva last month. She’s been criticised for not doing more to avoid the war in Ukraine while in power.Credit:AP

The European talks would have been held after Joe Biden, the US president, met the Russian leader in 2021.

The former German chancellor’s legacy has come under criticism since Putin launched his illegal invasion of Ukraine in February this year.

After Moscow’s invasion and annexation of Crimea in 2014, Merkel and Macron played a crucial role in brokering the Minsk peace negotiations that ended the conflict.

Merkel, 68, is now blamed for her Russian policy, which has left Germany addicted to cheap imports of Kremlin-controlled gas.

She has also faced criticism for opposing Ukraine’s wish to join NATO in 2008, and for 2014 EU sanctions against Moscow which did not go far enough to deter a second invasion.

“I would have wished for a more peaceful time after my departure because I’ve dealt with Ukraine a lot,” Merkel, who was born in the former East Germany said.

“But it didn’t come as a surprise. The Minsk Agreement was eroded.”

Merkel attacked critics who write “as if I had nothing to do with anything other than Minsk and ask how she could have let Ukraine out of her sight”.

She also confronted the 2015 migrant and the eurozone crises while she was in power.

“There were also federal elections and coalition negotiations, there was always Greece, I broke my pelvis. At the moment, for example, everyone is talking about the Russian war, but nobody is talking about the EU-Turkey deal,” she said referring to the 2015 migrant deal with Ankara.

The conservative former leader said it was “time for a new approach” due to a lack of progress by her government not just on Ukraine but also on conflicts in Moldova, Georgia, Syria and Libya.

Hungarian Prime Minister Viktor Orban claimed last month that if Merkel was still in office she could have prevented the war in Ukraine.

But the centre-left chancellor has faced repeated criticism for being too slow in sending weapons to Kyiv.

Merkel’s interview revealed she had a deep respect and liking for the late Queen Elizabeth II, who she met on several occasions. She is a fan of Netflix series The Crown, which she has binge-watched since leaving office.

It is only the second time that Merkel has spoken about the war. In a speech in June she described Russia’s invasion as a “barbaric war of aggression” and the most “glaring breach of international law” in Europe since World War II.