‘Don’t take me, take Melania, take Ivanka!’: Trump will TURN on his own family claims disgraced Michael Cohen after it was revealed the Trump Organization and its CFO are being criminally probed

Michael Cohen said on Wednesday he expects former President Donald Trump to flip on his own family, as the Trump Organization faces a criminal probe and its CFO Allen Weisselberg is being investigated for tax fraud.

‘I think Donald Trump is going to flip on all of them,’ he told Joy Reid. ‘What do you think about that? Including his children.’

He explained: ‘I really believe that Donald Trump cares for only himself, and he realizes that his goose is cooked,’ so when he will be asked about the Trump Organization’s finances he will blame everyone else. 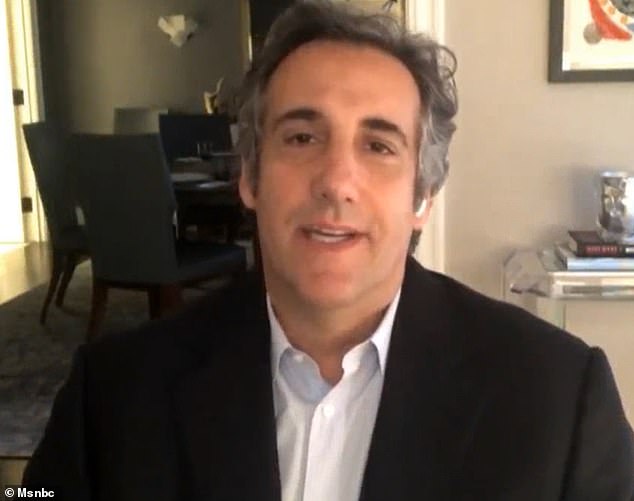 In an interview with The ReidOut host Joy Reid on Wednesday former Trump Organization Vice President Michael Cohen, right, said that he believes former President Donald Trump would turn on his family in the criminal investigations into the organization, visibly surprising Reid 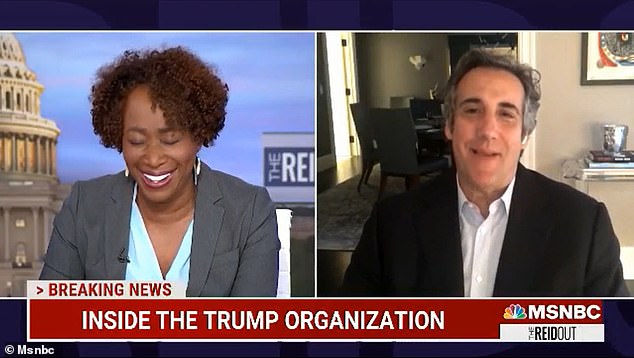 ‘I think Donald Trump is going to flip on all of them,’ he told Joy Reid. ‘What do you think about that? Including his children’ 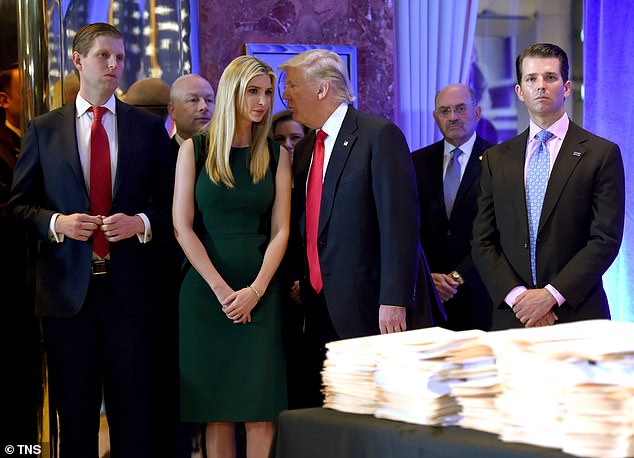 ‘It’s never Donald,’ Cohen, the former vice president of the Trump Organization, said. ‘See, this is the problem. It’s never, ever Donald Trump. It’s always somebody else.’

So, he said, when ‘all of a sudden they turn around and start asking him about his tax returns or about the devaluation of the assets or the way that he took deductions,’ he will say, ‘I don’t do my taxes. It’s my accountant.’

‘He’s going to tell them to take everyone except for himself.’ 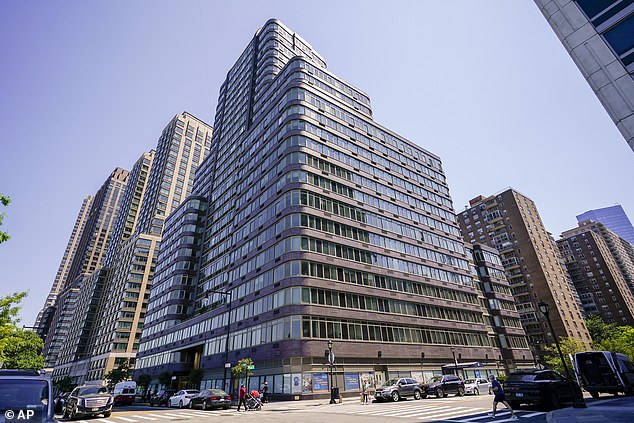 The Trump Organization, housed in this building in Manhattan, is being investigated by both the New York State Attorney General and the Manhattan District Attorney’s Office 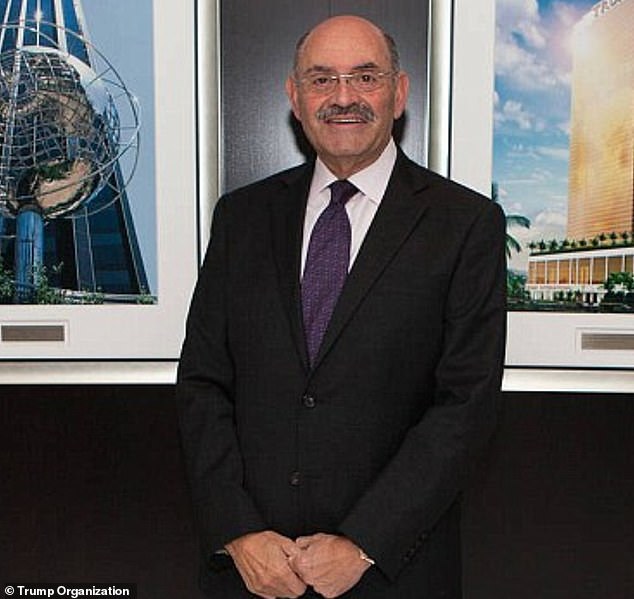 THE INVESTIGATIONS INTO TRUMP ORGANIZATION

At first, the focus was whether or not the charity inflated the value of its assets while seeking loans and insurance coverage.

James campaigned on the promise that she would investigate Trump and his family, which some experts say may impact how credible any charges may be because it undermines her impartiality.

He wanted specifically to focus on hush money payments given to Stormy Daniels by Michael Cohen during the 2016 election.

In court filings, his office has indicated he has widened the scope of his investigation to also include tax evasion and fraud.

It’s unclear what James’ office will focus their investigation on but they say they’re joining Vance’s.

The NYAG has a more limited remit when it comes to what she can bring charges for.

‘Although NYAG is best known for its civil enforcement work, it also has criminal enforcement authority in a number of areas, including securities fraud and tax fraud, ‘ former prosecutor Harry Sandick explained to The Washington Post.

‘In addition, they should be able to prosecute those who make false statements in the course of their investigations.’

Some have suggested that the announcement may just be a tactic to get others who are on the cusp of cooperating to agree to.

‘The timing of the announcement may serve to heighten the pressure on persons who may be on the cusp of cooperating, and who now see more clearly that a unified demonstration of coordination, pooling of resources and resolve by the two prosecutor offices intensifies the criminal probe.’

Prosecutors are hoping to find leverage that could sway Weisselberg into cooperating with authorities, according to CNN, potentially raising the legal stakes for Trump and his family.

He has not been accused of any wrongdoing, but on Tuesday, the state district attorney’s office’s announced that it was joining the Manhattan DA’s criminal investigation into the Trump Organization and has informed the company that its investigation is no longer solely civil in nature.

The Attorney General’s Office, led by Cyrus Vance, has been investigating possible criminal tax fraud since 2018.

The organization is run by Weisselberg and Trump’s adult children, including Ivanka, Donald Jr. and Eric.

Who’s who in New York criminal probe into Trump

A Democratic prosecutor nearing the end of his term, a loyal lieutenant of the Trump family and a lawyer determined to sink his former boss: AFP details some of the players in New York’s criminal probe into Donald Trump.

The 66-year-old Democrat has been Manhattan District Attorney since 2010. He was the first to launch a criminal investigation into the Republican ex-president. 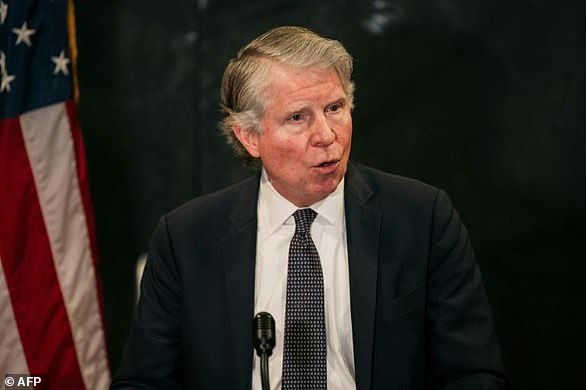 Vance, whose father was US Secretary of State under President Jimmy Carter, has sometimes been accused of a reluctance to prosecute the rich and powerful.

Vance has doggedly pursued Trump, though, first by winning a years-long battle to obtain his tax records and secondly by deploying significant human and financial resources to the politically sensitive investigation.

He has announced that he will not run for a fourth term when his current one expires in December, and many observers expect him to go out with a bang by filing what would be the first indictment against a former US president.

Since then, the 62-year-old has forged a reputation as a combative and independent prosecutor, filing countless civil actions against large companies, particularly tech giants, and the National Rifle Association (NRA). 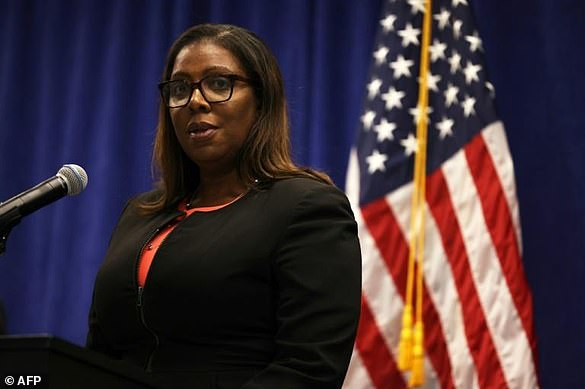 When Trump was in the White House, James launched dozens of civil actions against his government.

She is also investigating New York’s powerful Democratic governor, Andrew Cuomo, over sexual harassment allegations and his response to the coronavirus pandemic.

James has been cited as a possible successor to Cuomo, particularly if her investigation forces him to resign.

The 73-year-old is the Trump Organization’s long-serving chief financial officer and one of the family’s most loyal servants.

He began as an accountant for Trump’s father’s company before joining the Trump Organization as financial controller in the 1980s when Donald established himself as a Manhattan real estate mogul. 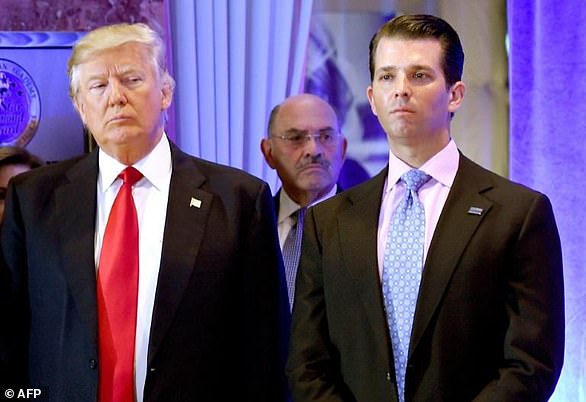 Allen Weisselberg, pictured standing behind former president Donald Trump and his son Donald Jr. in January 2017, has served as the chief financial officer of the Trump Organization since the 1980s

Weisselberg has been around for all of Trump’s entrepreneurial adventures, including when his Atlantic City casinos went bust.

According to Barbara Res, a former executive vice president at the Trump Organization, Weisselberg ‘thought Trump was a god,’ she told the Daily News.

Investigators believe Weisselberg knows all of the Trump family secrets and have been putting pressure on him for months to cooperate with their investigation.

Observers are closely watching whether Weisselberg will turn against his former boss.

Cohen was one of Trump’s closest henchmen for a decade, once proudly boasting that he was prepared to ‘take a bullet’ for the real estate mogul-turned-president. 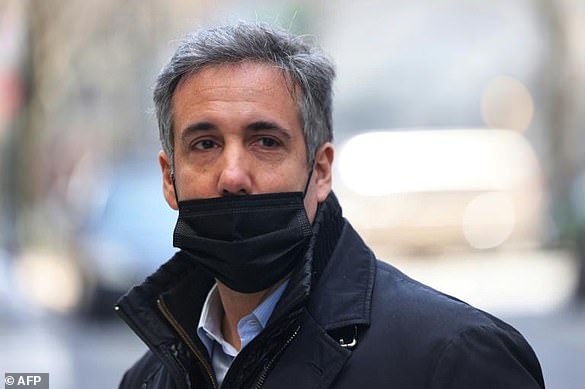 He turned against his former boss, though, deciding to collaborate with federal investigators in Manhattan.

During a Congressional hearing in February 2019, Cohen alleged — among other things — that Trump regularly undervalued or overvalued his assets, both with banks and insurance companies.

Cohen openly rejoices in Trump’s legal troubles on Twitter and through his podcast ‘Mea Culpa.’

Covidiots rescued after driving 575 miles to dive for scallops