Is more help on the way for fire-trap flat owners? Michael Gove looks to tackle cladding crisis as he explores ways to cut huge costs for struggling leaseholders

Michael Gove is set to make his first major intervention in the cladding crisis as he explores ways to cut soaring insurance costs for struggling leaseholders.

Premiums have increased by up to 2,000 per cent on apartment blocks wrapped in flammable cladding, while some have had their cover pulled.

The new Housing Secretary is said to be examining whether the state could underwrite home insurance for residents as part of a renewed push to fix the crisis. 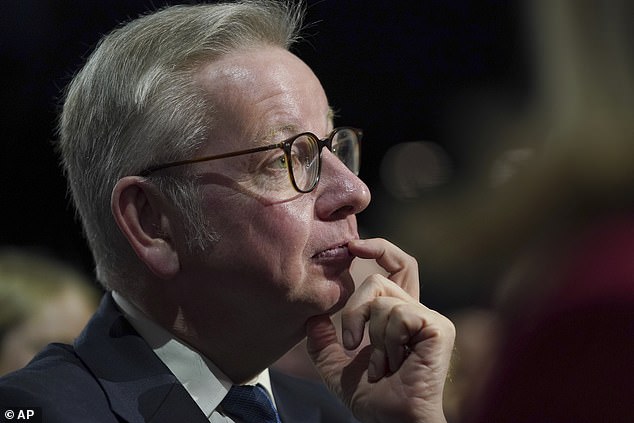 New housing secretary Michael Gove, pictured, is examining whether the state could underwrite the insurance premiums for people affected by the cladding crisis 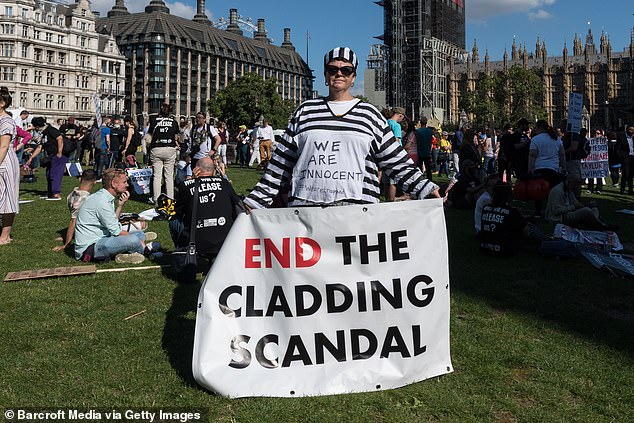 Insurance premiums for those in affected homes have so far increased by £1.6billion a year

Mr Gove’s predecessor, Robert Jenrick, announced a slew of measures after the Daily Mail launched its End The Cladding Scandal campaign in January, including an extra £3.5billion to fix unsafe homes.

But the funding excludes potentially hundreds of thousands of leaseholders in low-rise blocks, while families face exorbitant bills for temporary measures such as fire patrols and insurance. The Government is under pressure to fix the insurance market after the Mail revealed that insurance premiums increased by £1.6billion a year for those in unsafe homes.

In February, we reported that ministers were considering whether the state could underwrite policies for those in fire-trap flats. Now, it appears Mr Gove is taking up the idea. The mechanism could resemble the Flood Re scheme, which indemnifies insurers who cover homes at risk of flooding.

It is understood Mr Gove has also asked civil servants to explain why it has proved difficult to make firms responsible for unsafe buildings pay their fair share.

Options include naming and shaming firms responsible or hauling them into the department, as Mr Gove did with water company bosses over leaks when he was environment secretary.

But Labour’s housing spokesman Lucy Powell said: ‘We’ve been talking about naming and shaming for four years. Unless you’ve got a big stick with that, it just doesn’t work.’

Giles Grover, of the End Our Cladding Scandal campaign, said: ‘It’s the cost of the insurance and the interim fire safety measures that will make many bankrupt before remediation bills even land. It is good [Mr Gove] is looking at solutions, but it is frustrating it has taken so long. We just want him to listen to us.’

Mr Gove must win over around 30 Tory MPs, including Sir Peter Bottomley and Sir Iain Duncan Smith, who have attacked the Government’s plans to end the crisis.

The Housing Secretary has held talks with the rebels, who described discussions as ‘positive’.

A Government spokesman said: ‘The Secretary of State is looking afresh at our work to ensure we are doing everything we can to protect and support leaseholders.’

Thanks, Amazon! Delivery guy accidentally traps woman in her own home