Alex Kipman, 44, of Seattle, has been described as one of Microsoft’s ‘golden boys’ – but CEO Satya Nadella has vowed to end the firm’s tolerance for ‘talented jerks’, and new allegations about Brazilian-born Kipman suggest his days could be numbered.

Microsoft has refused to confirm or deny the sordid allegations.

The sexual display was mirrored on nearby TV monitors for all the late-night employees to see.

The VR video reported featured women dressed in skimpy outfits who were participating in a sexualized pillow fight, according to Insider.

‘It was in the office, in front of women. Incredibly uncomfortable,’ a source told Insider.

Several employees filed a complaint against Kipman for dozens of occasions of inappropriate behavior last year, but the executive – who lives in a $7million Seattle home – has yet to punished for it. 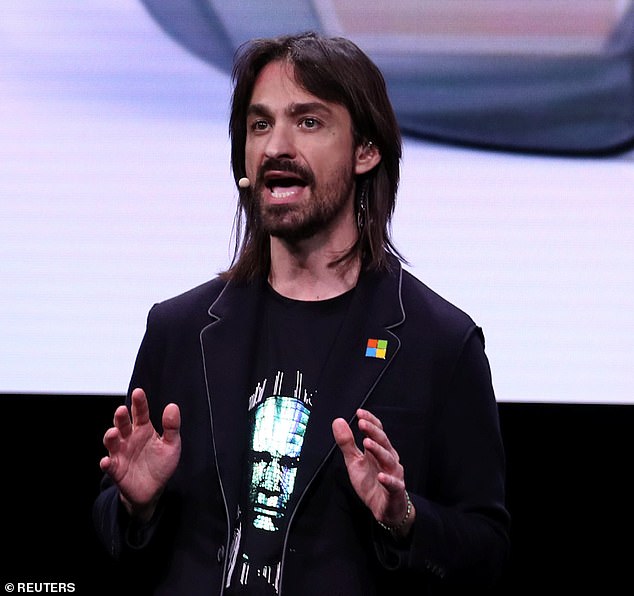 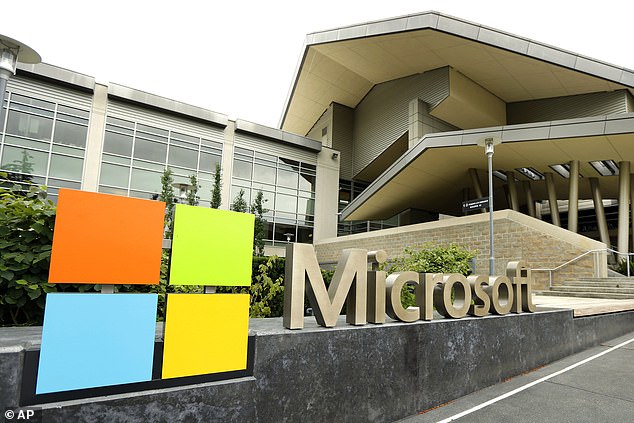 The Seattle-based employee has reportedly gone undisciplined for his actions

Sources told Insider Business that the video was just one of many instances that Microsoft employees had to deal with verbal abuse and sexual harassment.

Nadella vowed in 2014 to extinguish the golden boys’ unlimited access to bad behavior, but current and former employees have said that changes have not been made.

‘The gilding on the reputation of the culture change has worn off,’ a woman, who works closely with Nadella, told Insider. ‘It’s actually quite tarnished.’

Women only make up roughly 25 percent of Microsoft’s executives and dozens of women at the company have banned together in an email chain to discuss the gender discrimination and harassment they face, according to Insider.

According to a 2015 lawsuit, women were allegedly paid less than men, were promoted less frequently and retaliated against by male managers when they complained, all due to Microsoft’s ‘lack of proper accountability to ensure fairness.’

‘Right now, women are all paid equally until the women who aren’t prove it,’ one of the emails reportedly read.

The first plaintiff was Katherine Moussouris, a computer security researcher who worked at the company from 2007 to 2014.

She was later joined by two other Microsoft employees, Holly Muenchow and Dana Piermarini. 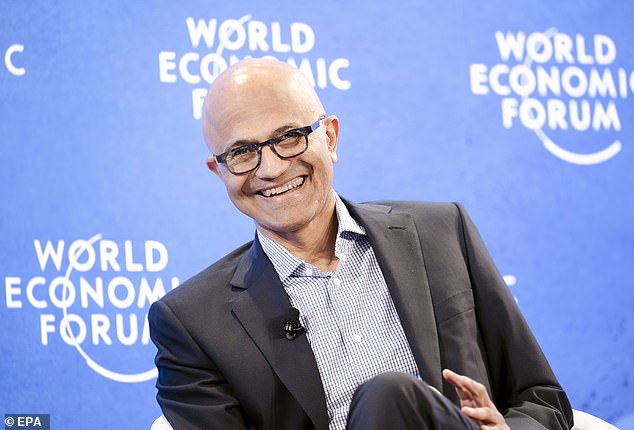 CEO Satya Nadella (pictured) vowed when he took the role in 2014 to extinguish the ‘golden boy’ culture that has reportedly been around since Bill Gates. However, employees say they haven’t seen much change 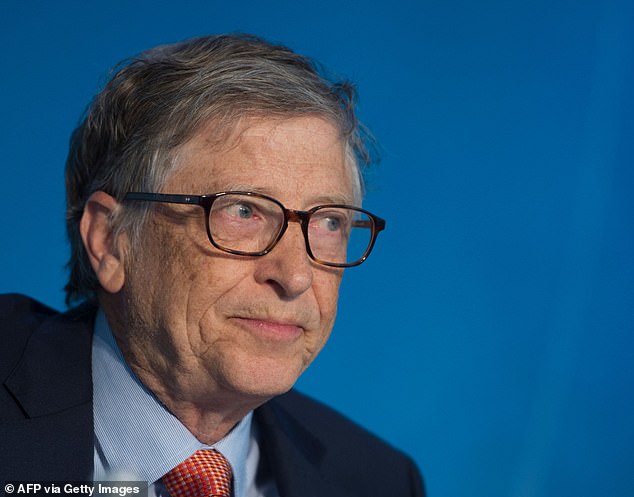 Moussouris told DailyMail.com in May: ‘It was a culture of testing women poorly with impunity and I think these revelations (about Gates) have shown that to the world.

‘Not only did he choose his wife from his employees, he chose to target several other women to fulfill himself with no consequences.

‘It felt like this culture flowed from the top and it was a culture of paying lip service to diversity and inclusion and not really supporting women in sexual assault claims or their career progression’.

Moussouris said she dropped the lawsuit after Microsoft tried to settle with her but she refused as she would have to sign a gagging order stopping her from speaking about it.

The 2015 lawsuit also alleged that Microsoft was described as a company where women were ‘ignored, abused, or degraded’ and male bosses ran a ‘good ol’ boy culture’ that ‘accepts and tolerates abuse and toxic behavior, especially towards females.’ 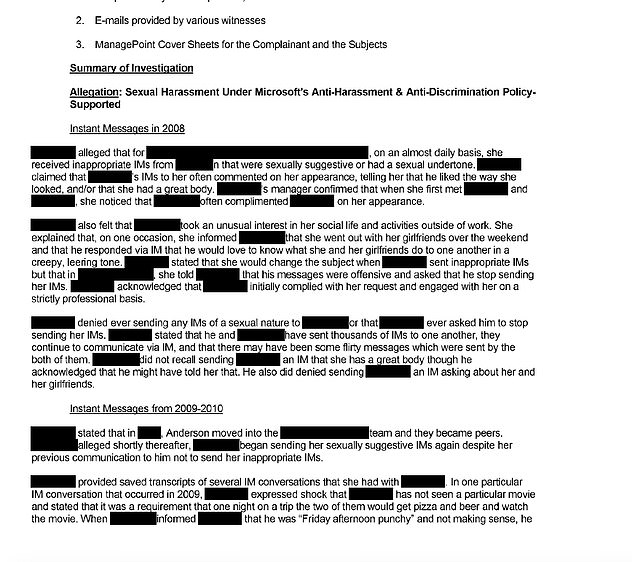 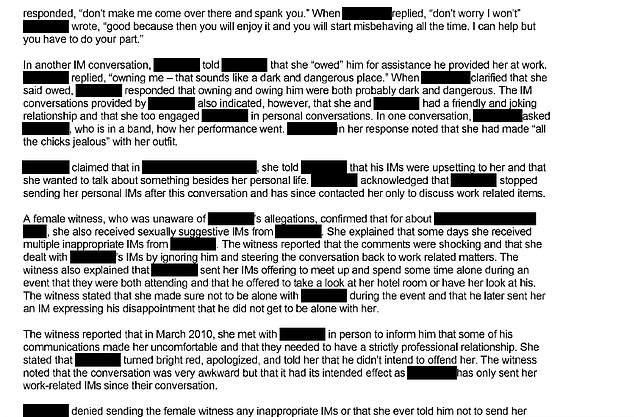 Employees were called ‘p****’ and c***’ and former chief executive Steve Ballmer was referred to as ‘our limp d*** CEO,’ the suit claims.

One woman complained about being asked by a male co-worker why she was ‘dressed like a wh**e’ while another man bombarded a woman with messages offering to ‘spank’ her.

Among the litany of incidents was a man who groped four women in a single night at a work function yet an internal investigation found he didn’t breach anti-harassment rules, writing it off as ‘poor interpersonal awareness.’

The lawsuit claimed: ‘The flagrant and repeated incidents of sexual misconduct toward women at Microsoft reflects the corporate culture in which women are undervalued and underpaid.’

The allegations in the case, which was dismissed only last November, will add to the discomfort of Microsoft executives who are reeling after the claims that Gates had a years-long affair with a Microsoft employee starting in 2000.

Reports this week have said that during his time at Microsoft, Gates ‘pursued’ several female employees even though he was married to his estranged wife Melinda French Gates.

Gates also allegedly had ‘men’s club’ style meetings with the late pedophile Jeffrey Epstein and would vent to him about his ‘toxic’ marriage to French Gates, who filed for divorce earlier this month.

The lawsuit against Microsoft was filed in 2015 alleging a ‘policy, pattern and practice of sex discrimination against female employees’

However, Nadella has apparently created an entire HR team dedicated to gender-related claims since become CEO in 2014, but female employees say the investigations can take months or years before being resolved.

In addition, Nadella – who has worked for the company since 1992 – did bring in a performance review program which rewards collaboration, hired a chief diversity officer, and handed out bonuses that connected to progress on diversity and inclusion. 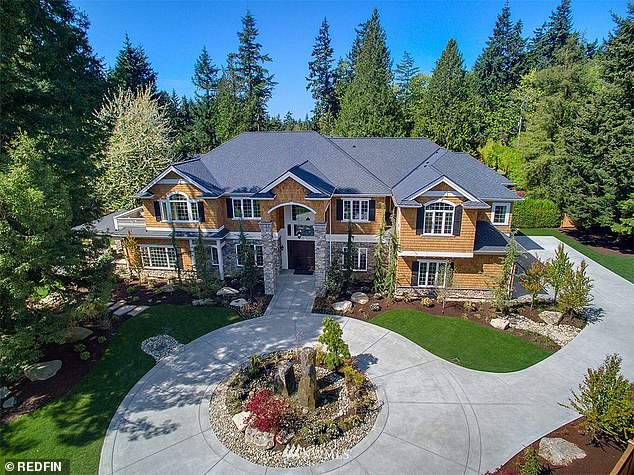 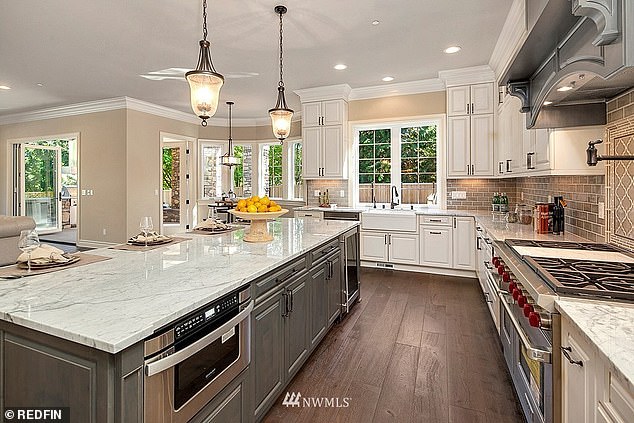 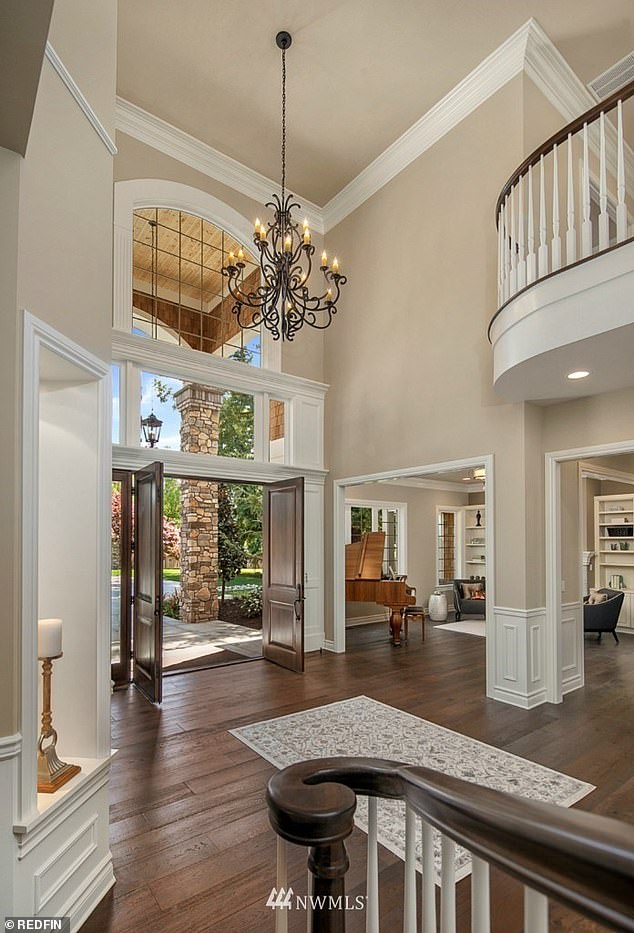 It has an open concept layout, including a wide front door and several seating areas

However, employees said the golden boy immunity goes back to the times of founder Bill Gates – who had an affair with an employee – and successor Steve Ballmer.

‘When they are golden, nothing can be done against them. The person believes they are untouchable and can do anything they want. You might as well swallow the abuse,’ a former executive told Insider.

In November, shareholders demanded the company be more transparent and to stop concealing sexual misconduct within its ranks. In an overwhelming vote, shareholders said the company needed to publish the results of investigations into top executives and report on the effectiveness of their harassment policies.

However, in January, Microsoft purchased Activision Blizzard – a game developer that is being sued by the state of California for ‘frat boy’ culture that allowed female employees to be sexually harassed and discriminated against.

Employees were angered by the decision, with one telling Insider: We can’t even take care of our own house, and now we just bought one in worse condition.’

Coronavirus: Brit trapped in Wuhan forced to leave wife behind as UK refuses to let her on rescue flight