THIS is the miraculous moment a young boy was hit by a combine harvester in front of his horrified parents – but only suffered cuts and bruises.

The young boy, who has not been identified, was struck as he ran across a road in Bozhou, Anhui Province in eastern China. 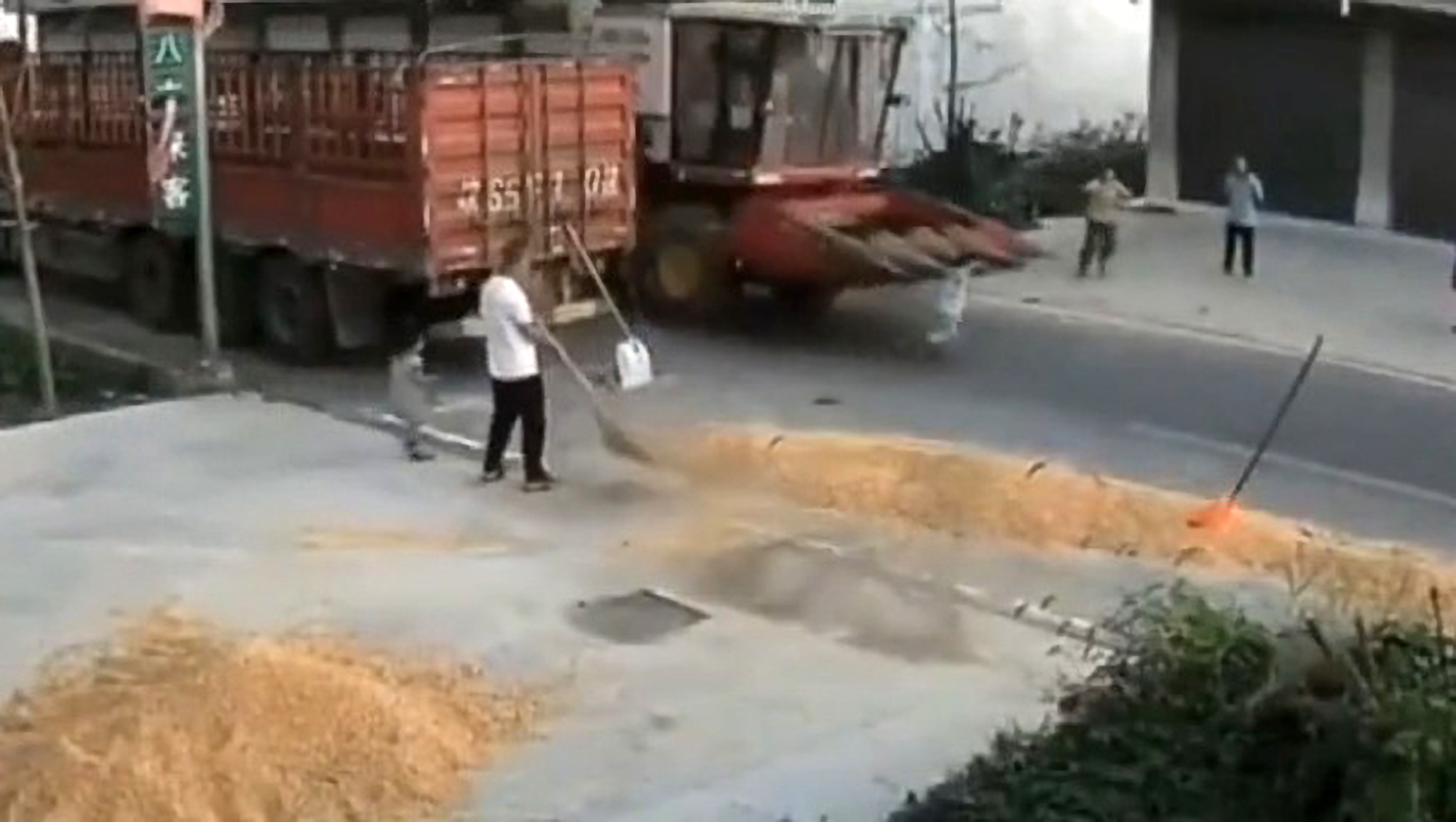 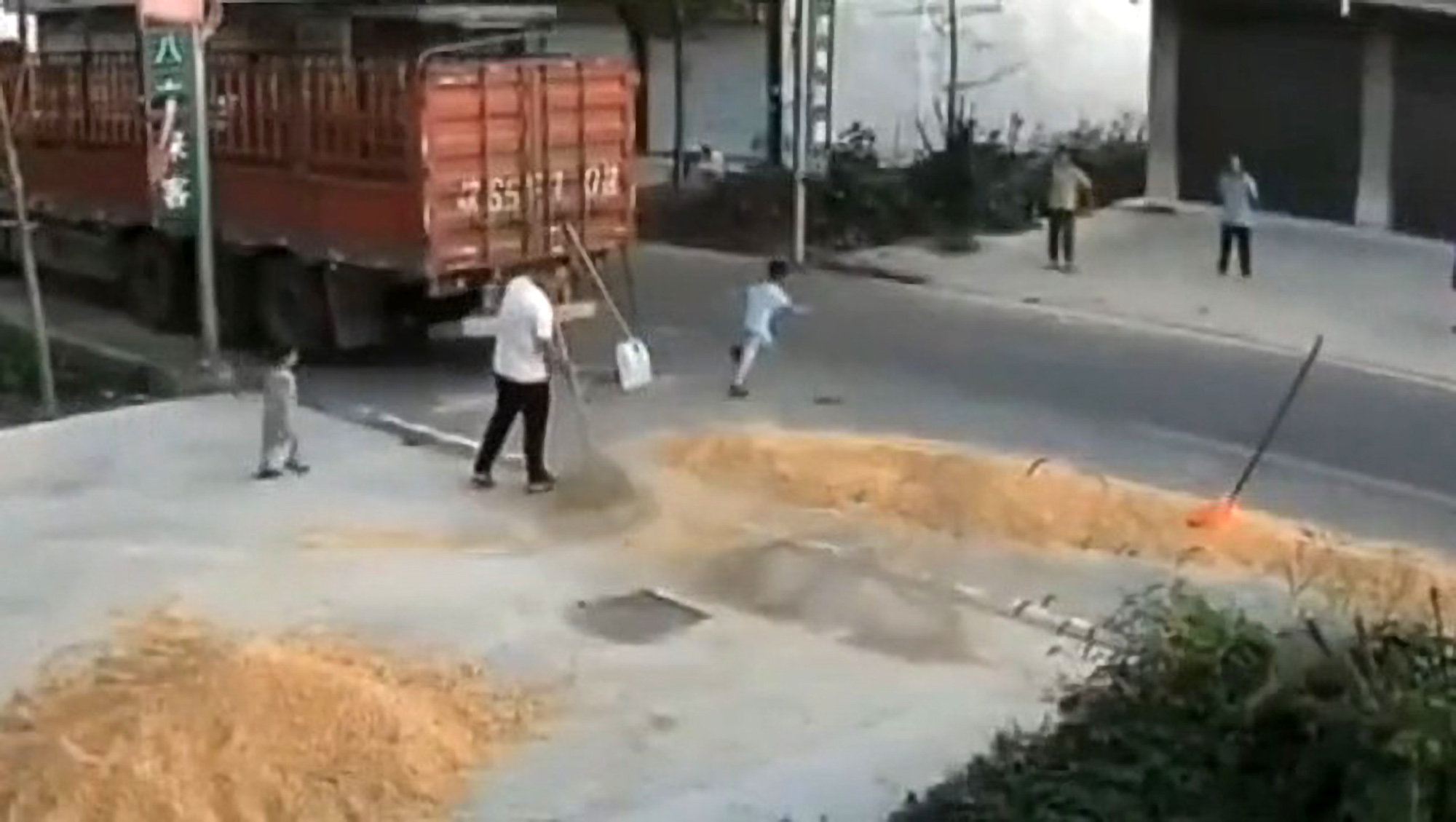 He failed to see the large vehicle approaching because of a lorry trailer parked by the side of the road which was obstructing his view.

In the video, as soon the boy reaches the middle of the road, he is hit in the head by the combine harvester's header, which is the sharp pincers at the front of the vehicle.

The youngster appears to avoid being run over by the vehicle's wheels and as his parents scream and run to his rescue.

He gets up on his own and burst into tears as they carry him off.

Local media reported that the young boy escaped serious injury in the incident.

It is unclear if the combine harvester driver stopped to check on the young boy.

It is also unknown if the police are investigating the matter. 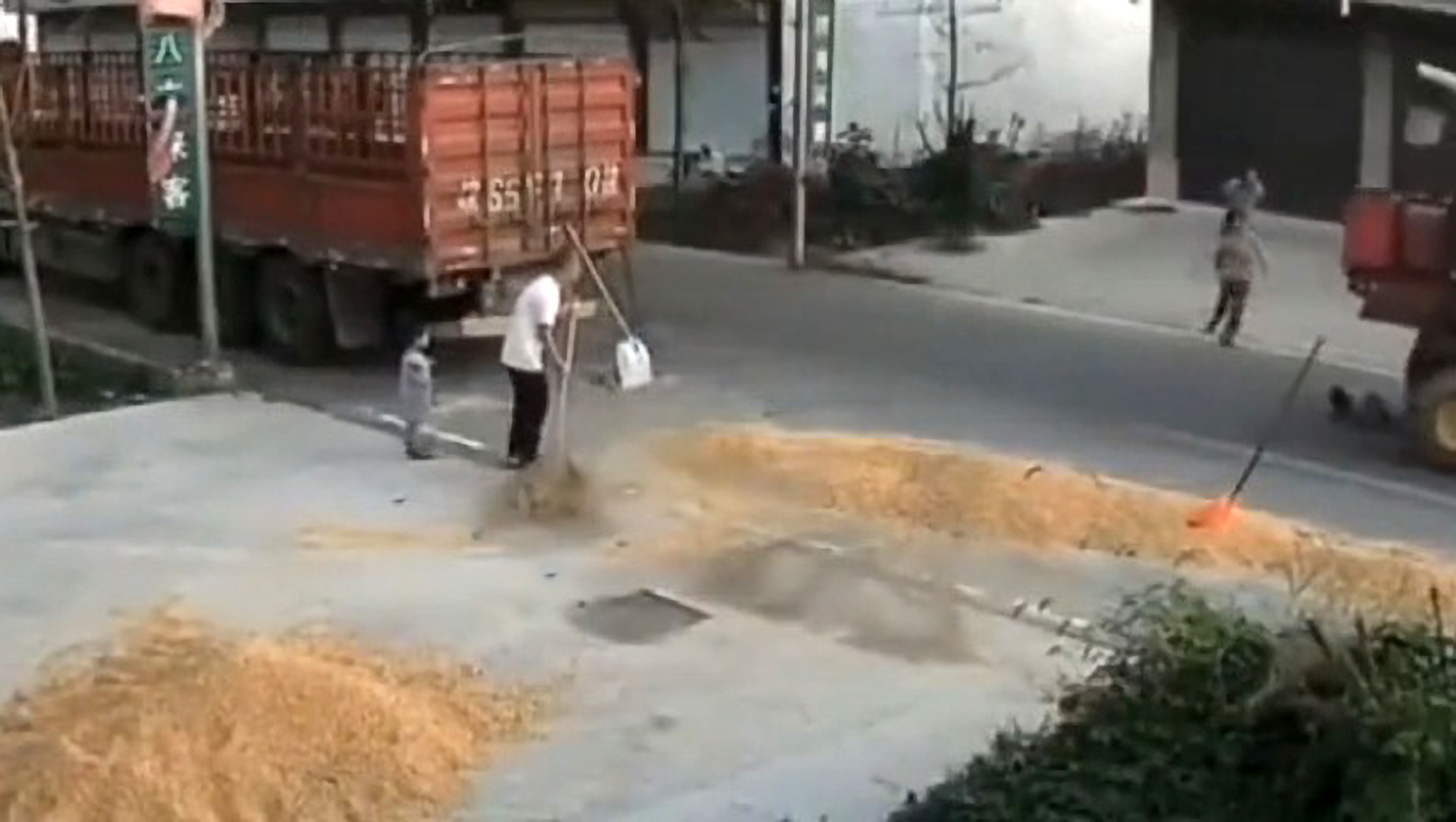 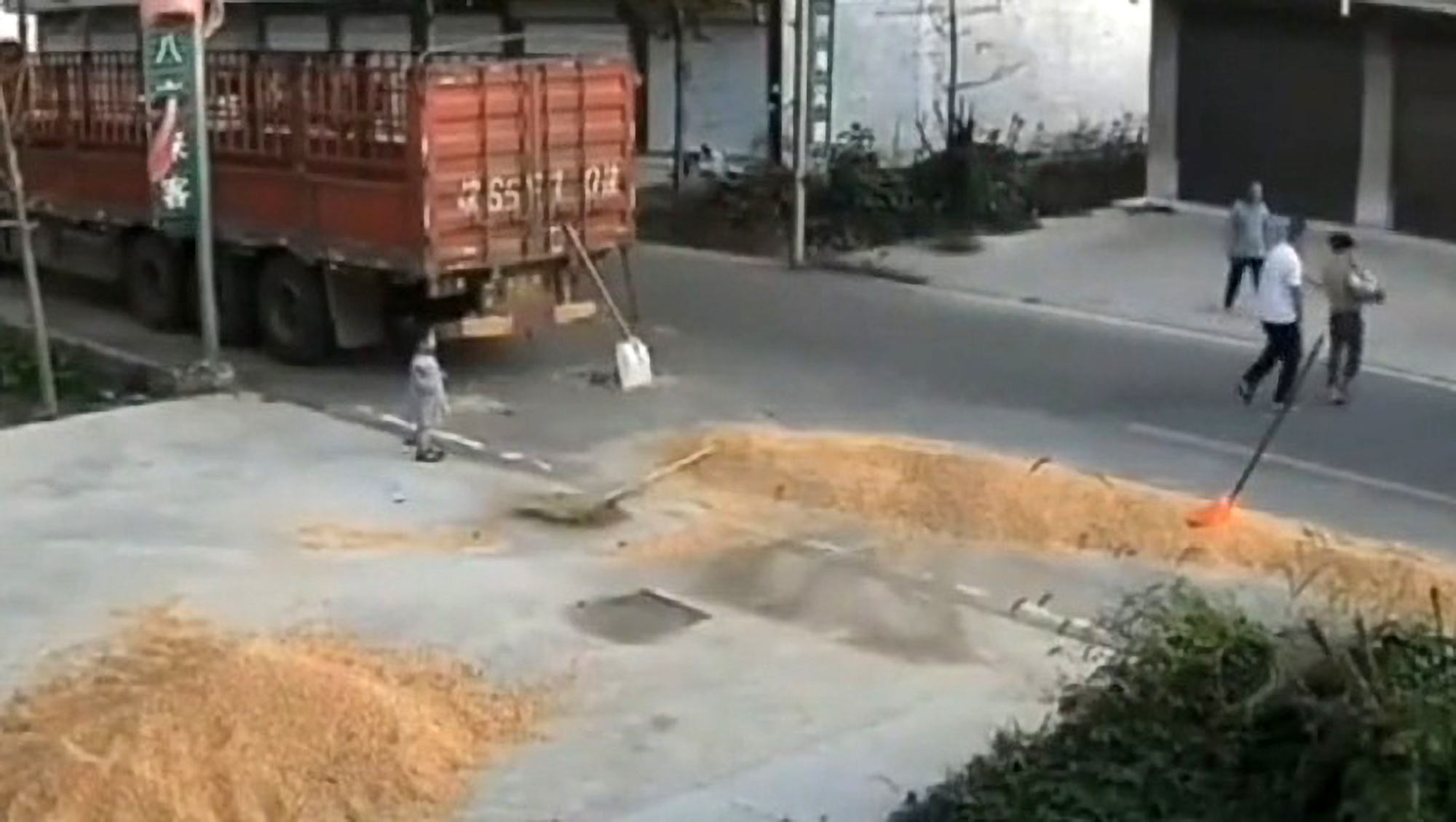 Schiff: Impeachment is on the table if Trump pressured Ukraine to probe Biden