A MOTOR-MOUTH Mercedes driver was filmed demanding paramedics move their ambulance so he can get past as they treated a patient.

The selfish motorist was seen getting out of his Merc to film the medics as he confronted them during an emergency call in Earls Court, South West London. 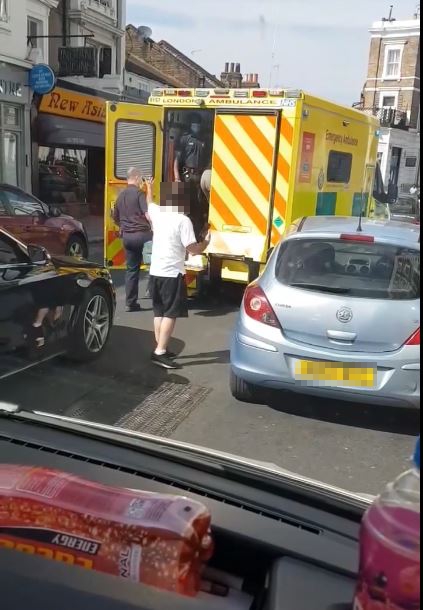 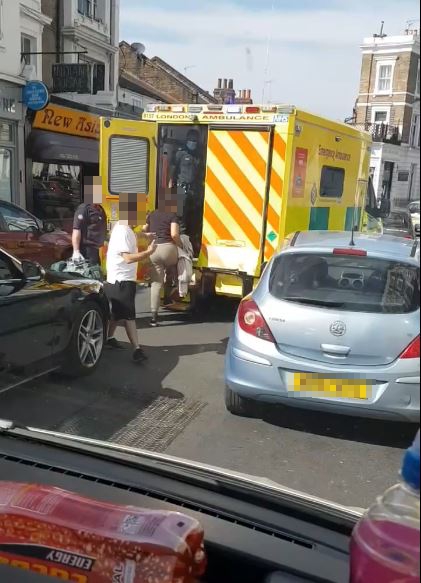 The ambulance had stopped on Hogarth Road with its lights flashing and door open for the patient as traffic waited for the emergency services to finish.

But the impatient driver, wearing shorts and a t-shirt, strides over to the ambulance as a masked medic crosses the road followed by a woman, who hobbles into the ambulance.

A second paramedic with a mask on is already inside waiting the for the patient.

Despite seeing the patient and the paramedics, the driver waves his arms angrily as he complains to one paramedic.

He carries on gesturing  in annoyance as a man in a vehicle behind films him, branding him "a complete 'di*****d'.

The man filming the Mercedes driver says: "This is what happens when you're a complete a**e in a Mercs.

"Come down the road, see an ambulance, with the lights flashing, and then trying to beep up the place and get the man to move.

"Just cos the man's driving a big Mercs. And then he's pulling out his video talking about he's going to report the ambulance people.

He added: "This man's a complete fool."

This man's a complete fool

One of the paramedics, who appears to be wearing a London Fire Brigade (LFB) uniform, then walks over to the driver and talks to him.

Around firefighters staff have been working with London ambulance crews during the coronavirus crisis.

After about four minutes the ambulance pulls away and the Mercedes drives off.

Henry Beckles, who uploaded the video to Facebook, posted: "So this k**b decides to go right up behind a parked ambulance with flashing blue and red lights on and then proceeds to beep his horn at the parked emergency vehicle so he can get past.

"What a jockey. Then he takes out his phone so he can report the ambulance for blocking the road."

Frontline paramedics have found abusive messages left on their ambulances.

In November, a householder put a note on an ambulance branding the crew “dumbass” for blocking his drive.

One woman was fined after leaving paramedics a vile note telling them to move their ambulance "now" after they parked in her spot while responding to a 999 call.

And a paramedic hit out at an A&E consultant who left a furious note on his ambulance windscreen after their car – parked in the wrong spot – was blocked in. 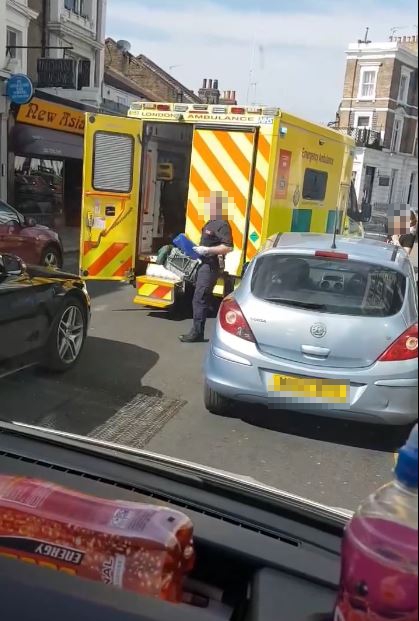 The note, written in angry capitals, raged: “Think about others before you block others’ car", and was signed “A&E Consultant". 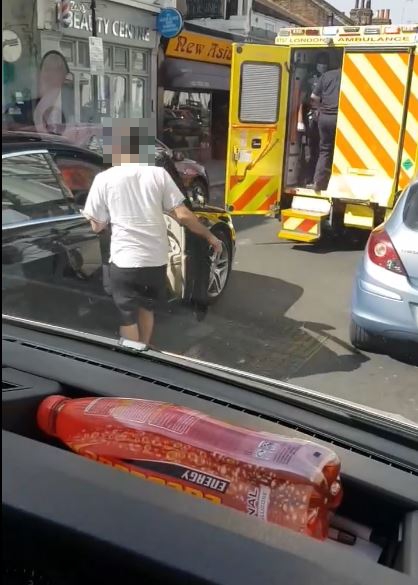 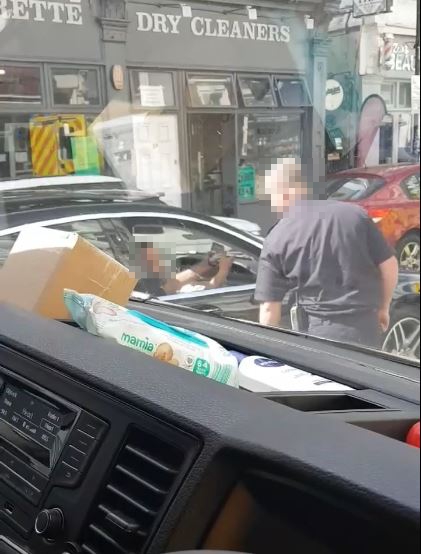 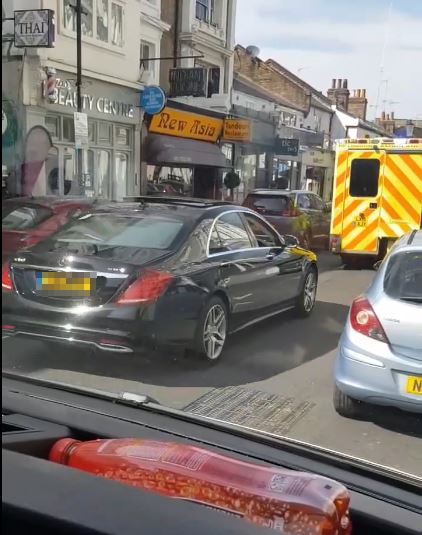