IN the moments after ex-NFL player Zac Stacy threw the mother of their child around like a "rag doll," police found Kristin Evans was "emotionally distraught" and sitting on the couch when police responded, the arrest warrant said.

Her "shirt was torn, and she had food in her hair," the responding officer said in the arrest warrant, which was obtained by The Sun through an open records request. 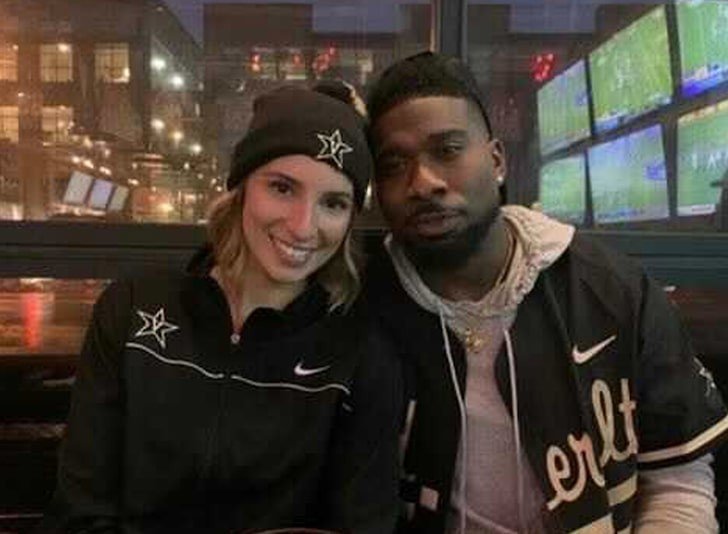 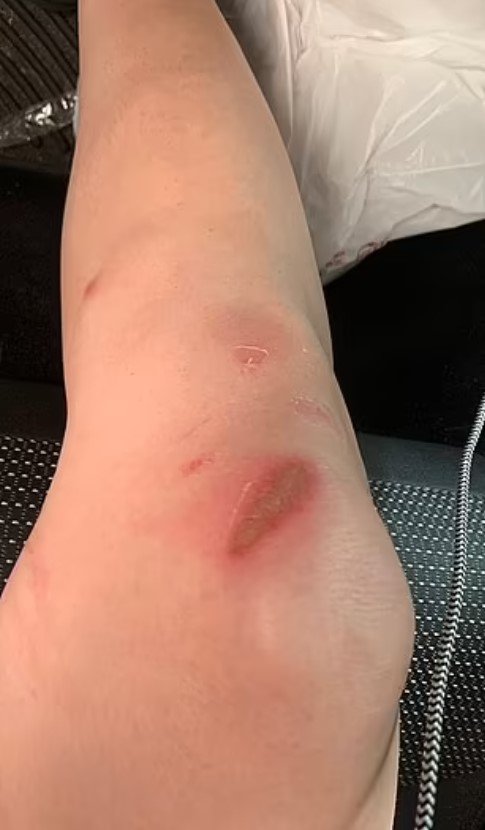 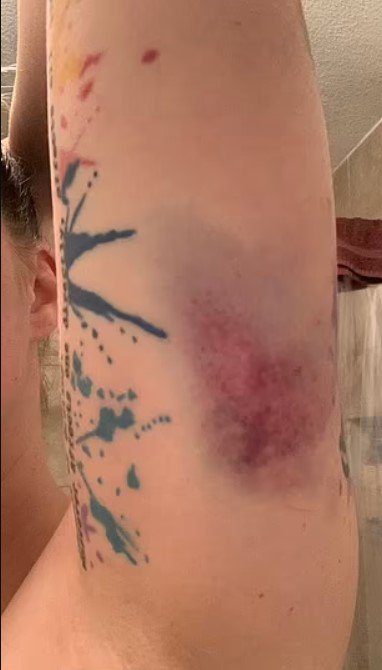 "The television was knocked over and damaged after the perpetrator threw the victim into it, and the remote was broken on the floor.

"Food was spilled all around the living room, and the baby's bouncy chair was knocked over and broken," the arrest warrant said.

This was the scene shortly the traumatizing attack that the country saw in a viral surveillance video.

Stacy was seen in the video beating Evans and tossing her into the TV and baby's bouncy chair.

The former Jets and Rams running back was heard on the graphic video telling their child, "I love you," and walking out the door before allegedly fleeing the state.

Oakland, Florida police said in a statement they they learned he was boarding a flight from Nashville to Orlando "with the intention of turning himself in."

Orlando police arrested him at the airport and charged him with second-degree aggravated battery and third-degree criminal mischief, both felonies.

Stacy's ex-girlfriend Kristin Evans, who survived the traumatic experience captured on surveillance video, is still recovering from her injuries.

On Friday, she issued a statement to thank other domestic abuse survivors and the general public for their support.

"Thank you for supporting my children and me during this difficult time. Our safety is the number one concern right now.

"After a terrifying experience, I am grateful that Zac Stacy is currently in police custody. At present, I have filed a restraining order and plan on filing a civil complaint.

"I am sincerely asking the NFL and football commissioner Roger Goodell to confront the reality that players are experiencing PTSD from their time playing pro-football.

"In particular, as linked to repeated concussions, brain injury, and other bodily trauma, as it causes symptomatic changes to the players' character, including increased irritability, angry outbursts, and aggressive behavior," Evans said in a statement emailed to The Sun.

What happened on November 13 and the world saw yesterday made national headlines because the suspect was a pro football player.

The athlete was drafted and played for the Rams and also appeared for the New York Jets, Saskatchewan Roughriders and Memphis Express.

But domestic violence has been an ongoing problem, one that Gabby Petito's family has been using their unwanted attention to bring attention to.

Their daughter was suspected of being a victim of domestic violence to then-boyfriend Brian Laundrie.

Laundrie was never charged with any violent crime before he was found dead in Florida, but it's been widely speculated that he was involved in Gabby's homicide.

According to the National Coalition Against Domestic Violence (NCADV), 1 in 3 women have experienced some form of physical violence by an intimate partner.

This includes a range of behaviors – such as slapping, shoving or pushing – and some cases might not be considered "domestic violence."

These violent acts are done in view of children. One in 15 children are exposed to intimate partner violence each year, and 90 percent of these children are eyewitnesses to this violence, according to the NCADV.

On a typical day, there are more than 20,000 phone calls placed to domestic violence hotlines nationwide, according to the coalition. 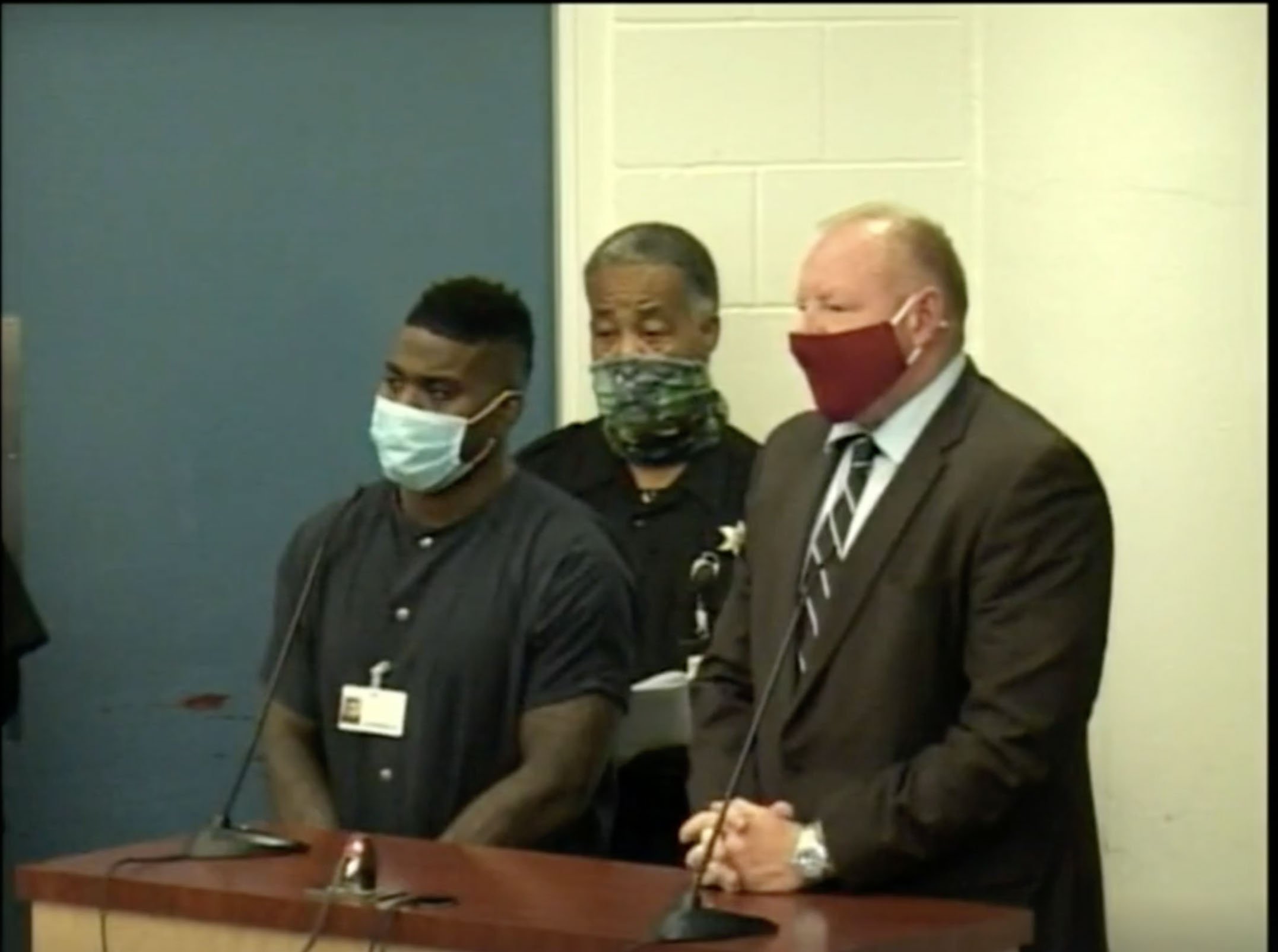 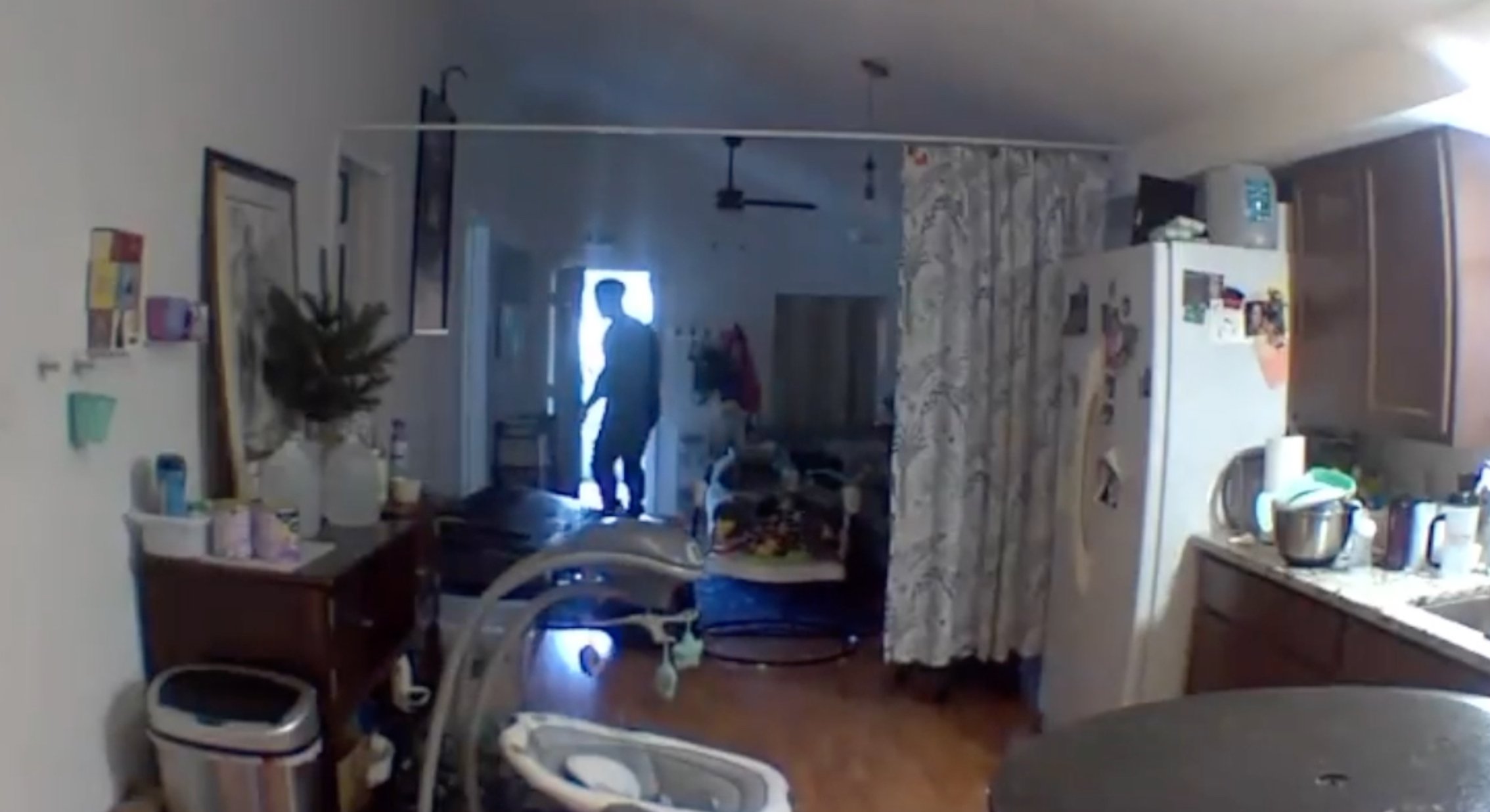 Man, 22, appears in court for murder of NHS worker, 24, who was stabbed to death days after his dad died of coronavirus – The Sun