A serial fraudster who fleeced family and friends by lying that she had cancer has had her prison time extended for submitting a phony reference to a magistrate.

Hanna Dickinson swindled $41,770 from family and friends in 2013-14 by claiming she was gravely ill with leiomyosarcoma, a rare form of cancer, and then maintained that lie in false documents she used to defraud the federal government of $100,230 in disability support payments between 2014 and 2018. 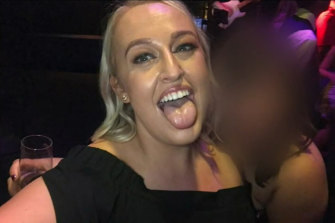 Hanna Dickinson is in prison for fraud offences.

Dickinson claimed she needed the money to travel overseas for life-saving treatment, but splurged it on holidays to south-east Asia and pursued a party lifestyle of alcohol and drugs.

She was jailed for one year in November last year for defrauding the government and was due for release next month, but her past caught up with her again on Thursday, when she was sentenced to another four months in prison, which means the 28-year-old will stay locked up into next year. 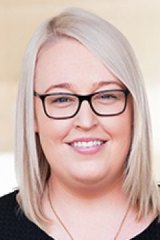 Melbourne Magistrates’ Court heard Dickinson was awaiting her punishment for another fraud – using someone else’s identity to secure a $30,000 car loan – in February last year when she created a reference and claimed it was written by her manager at her then workplace, disability services provider HenderCare.

The manager had no knowledge the reference had been written and attributed to her, the court heard.

Dickinson submitted the fake reference through her then lawyer to magistrate Sarah Leighfield, who ultimately jailed her for three months for the car loan fraud.

The conwoman on Thursday pleaded guilty to using a false document to prejudice and obtaining property by deception. The second charge relates to her using a friend’s email account to order a mobile phone and contract worth $2500, which damaged the friend’s credit history.

Dickinson’s new lawyer, Felicity Fox, called for her client to be fined or put on a community correction order, but magistrate Timothy Bourke said past failures to comply with court orders meant jail was the only option.

Mr Bourke said the courts relied on tendered material to be honest and accurate, and there was “nothing more horrific” for a lawyer than to discover their client had lodged something false. “The whole point of that document was to trick the court,” Mr Bourke said.

But in mitigation, the magistrate found much of Dickinson’s history of offending was connected to her mental health problems, which include borderline personality disorder. He urged her to get help once out of prison and to try mending some of the relationships she had broken.

“You are a fairly sad story … in respect to an otherwise intelligent young woman who shouldn’t have found herself anywhere near the criminal justice system in this manner,” Mr Bourke told Dickinson, who watched the online hearing from prison.

“But you have had significant diagnoses of mental health issues that are clearly relevant to this offending.”

Dickinson, who was also fined $1500 for illegally obtaining the mobile phone, hopes to again live with her mother and find work, though her lawyer conceded the criminal history was a barrier.

Ms Fox said Dickinson had cared for inmates’ babies in prison and had shown empathy and compassion. “She is someone who can work hard and apply herself,” the lawyer said.