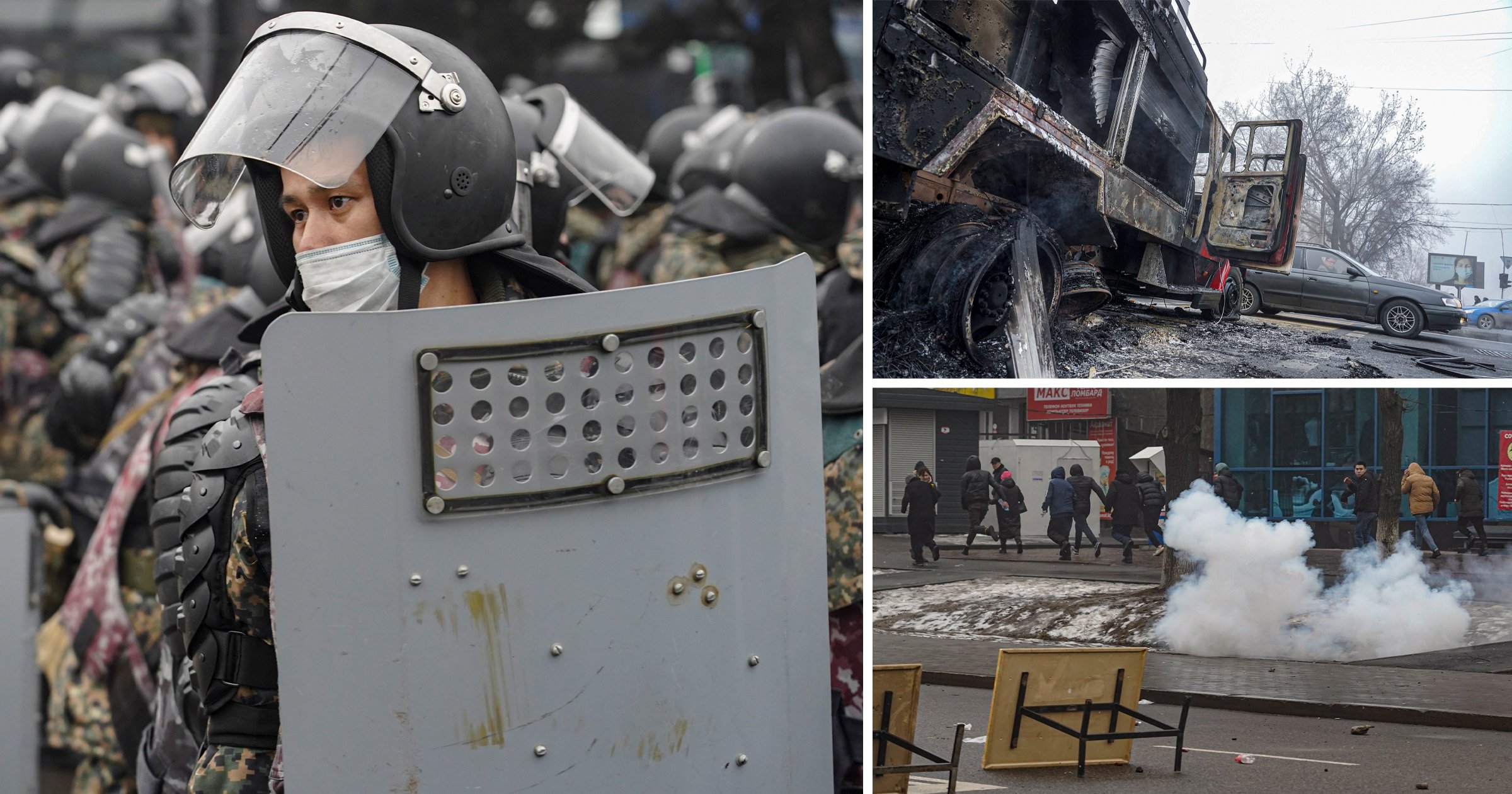 At least 164 people including three children have died during violence at anti-government protests in Kazakhstan, the country’s health ministry says.

Some 6,000 people have been arrested following a crackdown on the demonstrations, which were triggered by a rise in fuel costs and turned into widespread rioting over economic hardship.

The grim death toll marks a steep rise on the previous reported figure of 44.

Most of the dead were in the capital of Almaty, where demonstrators took over official buildings and allegedly set some on fire.

Almaty’s airport, its mayor’s office and some facilities used by the Kazakh secret services are thought to have briefly fallen into the rioters’ hands before police backed by a Russian-led deployment of foreign soldiers seized them back.

Gunfire was heard in Almaty throughout Sunday, according to Russian TV station Mir-24, although it is unclear whether it came from fighting or warning shots.

Soldiers from Belarus, Armenia, Tajikistan and Kyrgyzstan were among the troops deployed by the Russia-dominated Collective Security Council (CSTO).

They were described as ‘peacekeepers’ but were given ‘shoot to kill’ orders.

Most of the dead are believed to be civilians, with local authorities stating earlier on Sunday that 16 law enforcement officers had been killed.

The three children who lost their lives included a four-year-old girl, according to the country’s ombudswoman for children’s rights.

The health ministry previously reported that around 2,200 civilians and 1,300 security officers have been injured, although the new toll is likely to be much higher.

The Kazakh president, Kassym-Jomart Tokayev, claimed the protests were fuelled by foreign-backed ‘terrorists’ to justify his request for help from CSTO, although no evidence of this has been released.

CSTO forces have repeatedly been used by repressive countries allied to Vladimir Putin’s government, such as Belarus, to crush protests.

Final approval for its deployments is widely believed to be made in Moscow.

A spokesperson for Mr Tokayev on Sunday insisted that the situation in the country has stabilised and said authorities have regained control of all administrative buildings.

A state of emergency announced by Mr Tokayev earlier this week is set to remain in place until at least January 19.