More than one in seven trains were late in the last year, marking the worst performance since 2005.

Just 85.9 per cent of trains met the rail industry’s punctuality target – down 2.5 per cent on the previous year – in the 12 months to the end of September, the Office of Rail and Road said.

The news comes despite a 3.1 per cent price hike on the average rail ticket. 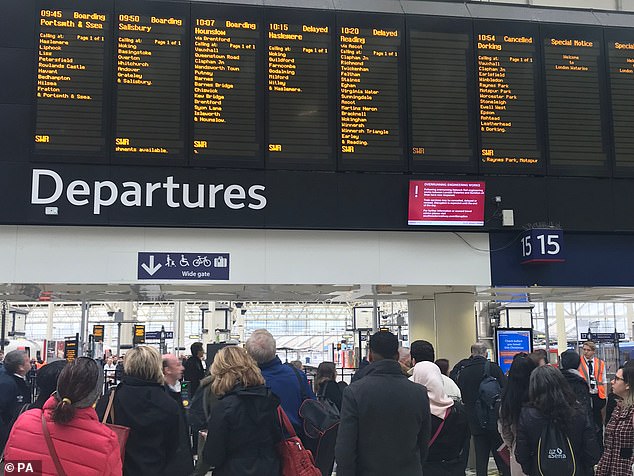 More than one in seven trains were late in the last year, marking the worst performance since 2005

Trains are recorded as late if they arrive at their terminating station more than five minutes behind schedule, or 10 minutes for long-distance journeys.

The proportion of trains which failed to arrive at their final destination within 30 minutes of the timetable or were cancelled rose by 1.1 per cent year-on-year to 4.6 per cent in the 12 months to the end of September.

Performance on the rail network was hit by a number of issues in this period, including the chaotic introduction of new timetables in May and a spell of freezing weather as the Beast from the East hit the country in February and March. 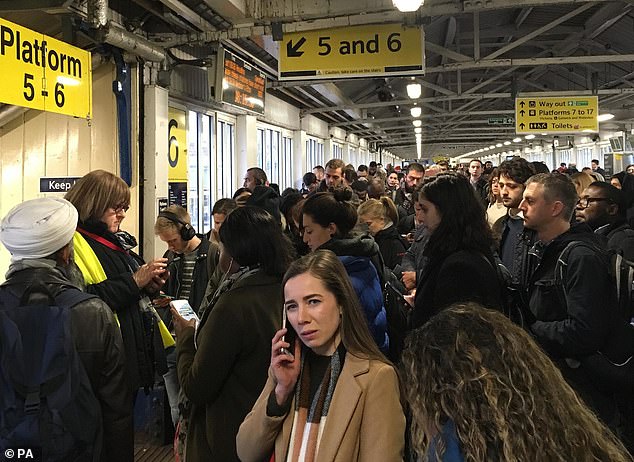 The punctuality plummet comes after it was announced rail prices would go up by 3.1 per cent. Pictured: Just last week passengers had to queue on a bridge before being allowed onto platforms at Clapham Junction after over-running engineering works

Robert Nisbet, regional director at industry body the Rail Delivery Group, said: ‘Every minute counts for our customers and we apologise to them for the unacceptable disruption over the summer.

‘We have one of the most congested railways in Europe and this summer it has been stretched by an unprecedented heatwave and, in some parts of the country, the introduction of the May timetable.

‘To ease pressure so customers get the railway they want, we’re delivering record investment in infrastructure but this can’t come at the cost of today’s punctuality.

‘That is why we’re working hard to learn the lessons from May, starting with the introduction of the December timetable on Sunday.’

How will the price hike affect your journey? The biggest increase is between Swindon and Paddington

The cost of many rail season tickets will increase by more than £100 next month as average fares go up 3.1 per cent.

Labour’s shadow transport secretary Andy McDonald said: ‘The travelling public have already suffered a miserable year of delays and cancellations so it’s outrageous that rail users will be hit with another above inflation fare rise in January.

‘At the very least, fares should rise no higher than the Consumer Price Index (CPI) and be frozen altogether on routes that were impacted by the timetable chaos. 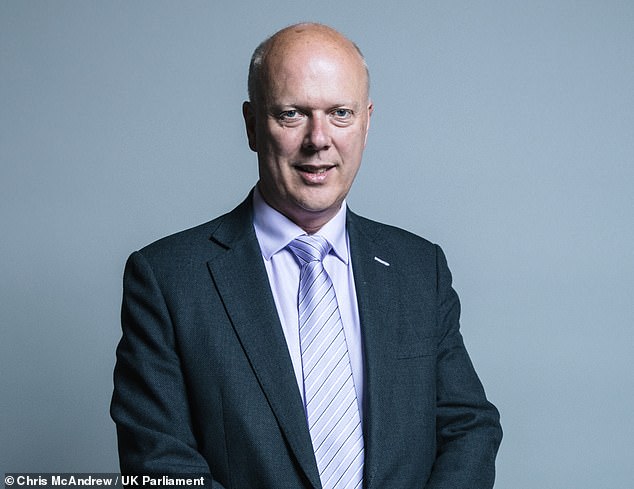 ‘The inability of the Government to deliver a reliable rail service is playing havoc with people’s work and family lives.

‘Labour will take the railways into public ownership, prevent above inflation fare rises and deliver the reliable services that passengers and our economy needs.’

Transport Secretary Chris Grayling has previously insisted that fare rises can only be tied to CPI rather than the higher RPI figure if the switch is also made for rail workers’ pay rises.

On Tuesday the Transport Select Committee published a scathing report which said Mr Grayling should have been more proactive in preventing the timetable disruption.

The committee called for swift reforms to restore passengers’ trust in the railways and said the ‘chaotic roll-out’ of alterations to services across the country should be the catalyst for ‘genuine change’ for people who rely on the network.

The Department for Transport has launched a review by Keith Williams to consider all parts of the industry.

Britain's Covid deaths plunge by 75% to lowest figure since SEPTEMBER

Man shot dead in Kensington 'was in back of black taxi'