Pregnancy term ‘morning sickness’ should be scrapped because it trivialises the condition which can strike expecting women at any time of day, experts insist

The term ‘morning sickness’ should be scrapped because the condition actually strikes pregnant women at any time of the day, experts have insisted.

Daily diaries of nausea and vomiting were kept by 256 British mothers-to-be in early pregnancy for a UK study.

It concluded that the term morning sickness ‘trivialises’ the condition and is ‘inaccurate, simplistic and unhelpful’. 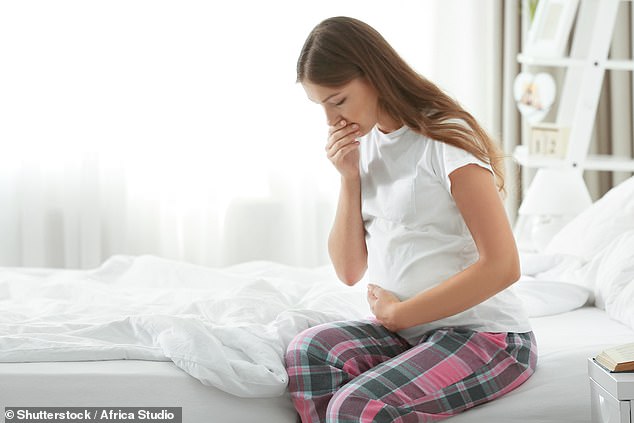 The study found that nausea and vomiting peaked between 9am and 10am, but women also suffered symptoms throughout the rest of the day.

The Warwick University study said the condition should instead be called ‘pregnancy sickness’ or ‘nausea and vomiting of pregnancy’.

Before beginnnig the study, the researchers said: ‘Nausea and vomiting in pregnancy is usually called “morning sickness”. This is felt by sufferers to trivialise the condition.

‘Symptoms have been described as occurring both before and after noon, but daily symptom patterns have not been clearly described and statistically modelled to enable the term ‘morning sickness’ to be accurately analysed.’

Of the women taking part, only six per cent had no symptoms.

‘Findings clearly show nausea and vomiting symptoms can occur throughout the day.

‘Vomiting mostly occurs in the mornings. Nausea…can occur throughout 24 hours.’

What is Dexamethasone, does it treat coronavirus and what is it used for?