A mother whose daughter was killed in the Manchester Arena terror attack has branded Eminem a ‘vile human’ after he rapped about the atrocity in a new song.

Charlotte Hodgson, whose daughter Olivia Campbell-Hardy, 15, died in the suicide bombing at an Ariana Grande concert, said Eminem was ‘disgusting’ and ‘disrespectful’ after footage of the rap was posted online.

The musician sparked outrage when he released the 11 minute tune called Kick-Off in which he refers directly to the attack that claimed 22 lives in May 2017.

In the song, which was recorded inside Detroit’s St. Andrew’s Hall, he raps: ‘Suicide bomber that’s seeing Ariana Grande sing her last song of the evening, and as the audience from the d*mn concert is leaving, detonates the device strapped to his abdominal region, I’m not gonna finish that, for obvious reasons.’ 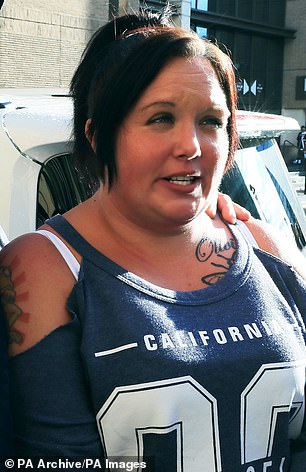 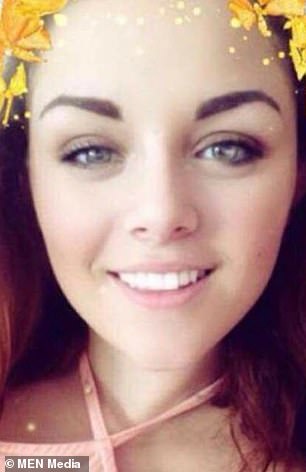 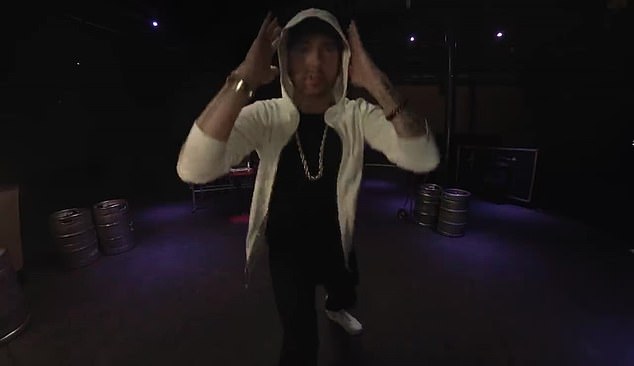 The track was released Friday night via a video posted to Youtube, and sees Eminem intensely rapping the lyrics inside Detroit’s St. Andrew’s Hall

Ms Hodgson, from Bury, Greater Manchester, said she first saw the video when it was posted to Facebook.

She told the Manchester Evening News: ‘I didn’t think anybody could do this and be so disrespectful to us all.

‘It’s vile and he is a vile human for doing it.

‘Why would anyone compare themselves to a Jihadist or a bomber? I think he needs help if he sees himself like that.

‘Why would anyone want to listen to it for entertainment? 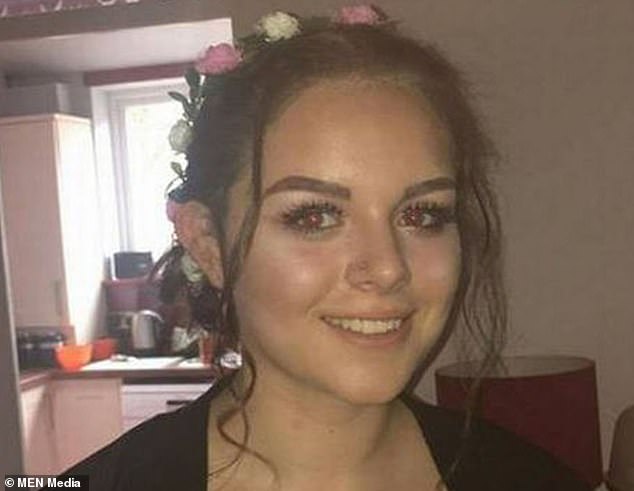 Ms Hodgson, from Bury, Greater Manchester, whose daughter (pictured) would have been celebrating her 17th birthday last month, said she first saw the video when it was posted to Facebook 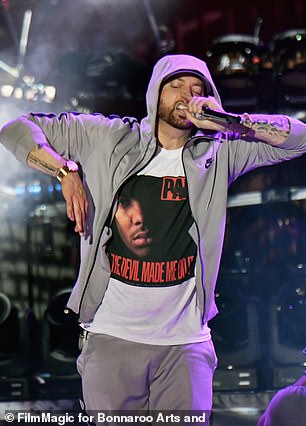 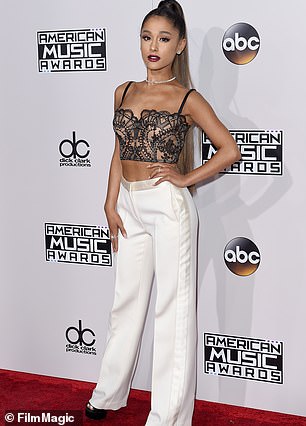 At the beginning of the video Eminem, pictured, tells the camera: ‘Nothing’s off limits.’ Right: Ariana Grande, who was performing on the night of the atrocity

‘Ariana did a very respectful song in memory of everyone there and that was lovely, a fantastic gesture, as she was involved too, but why would people want to make money out of such an horrific event?’

At the beginning of his music video, Eminem says: ‘I’ve always looked at battle rap as competition or war.

‘And the main objective is to destroy.

‘Completely f***ing obliterate your opponent by saying anything and everything, whatever the f*** you can, to get a reaction from the crowd. ‘So nothing’s off limits.’

Ms Hodgson told the paper that her death is still ‘hitting hard’ and reveal;ed they held a party for her on what would have been her 17th birthday on November 28.’

Last month a report by Parliament’s Intelligence and Security Committee found a series of failures ahead of last year’s terror attacks.

Victims called on the government to ‘take the gloves off’ when dealing with terrorists and the internet companies that help them. 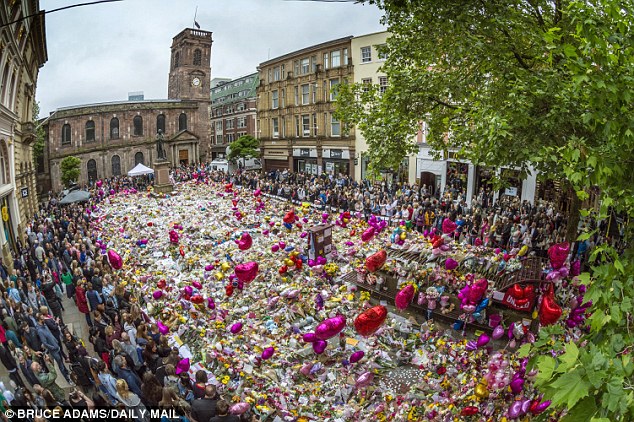 A sea of flowers, balloons and messages now carpets St.Ann’s square in Manchester city centre in the days after the terror attack

The Committee said social media websites were being used as a ‘safe haven’ by extremists and called for an advertising boycott.

They also uncovered failings in how terrorists were handled by authorities, including how Manchester bomber Salman Abedi was allowed to visit an extremist in prison and travel back and forth to Libya before he killed the 22 concert-goers.

Victims of the Manchester attack called for stronger action in the wake of the report.   A spokesman for Eminem has been contacted for comment.