Home » My cruel foster mum rammed chair legs down my throat, starved me, made me eat vomit and dragged me behind a van

WIDE-eyed with fear, three-year-old Christopher Spry yelped in pain as his foster mother Eunice smashed the top of his feet with a chair leg before doing the same to his siblings.

The cruel punishment – over some missing chocolate – was the start of 13 years of horrific abuse during which the children suffered daily beatings, had chair legs forced down their throats, were locked in a room without food or water for weeks and were made to eat their own vomit. 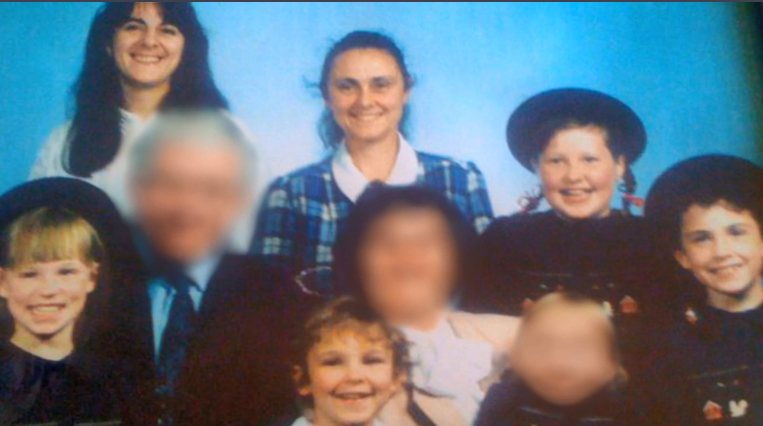 On one occasion, the evil Jehovah’s Witness smashed Chris’ kneecap with a piece of wood and on another, he was tied to a van by his leg and dragged around the family farm at 20mph, causing permanent injuries.

Chris was 16 when foster sister Victoria, then 19, broke down in church and revealed the abuse, leading to the arrest of Eunice in 2004. She was later jailed for 14 years.

Now 32, Chris still bears the mental and physical scars of his childhood and has undergone countless operations – including having the tip of a steel knife removed from his jaw after Eunice rammed into his mouth.

Tragically, Victoria took her own life in September last year, after lockdown exacerbated mental health issues caused by the abuse. 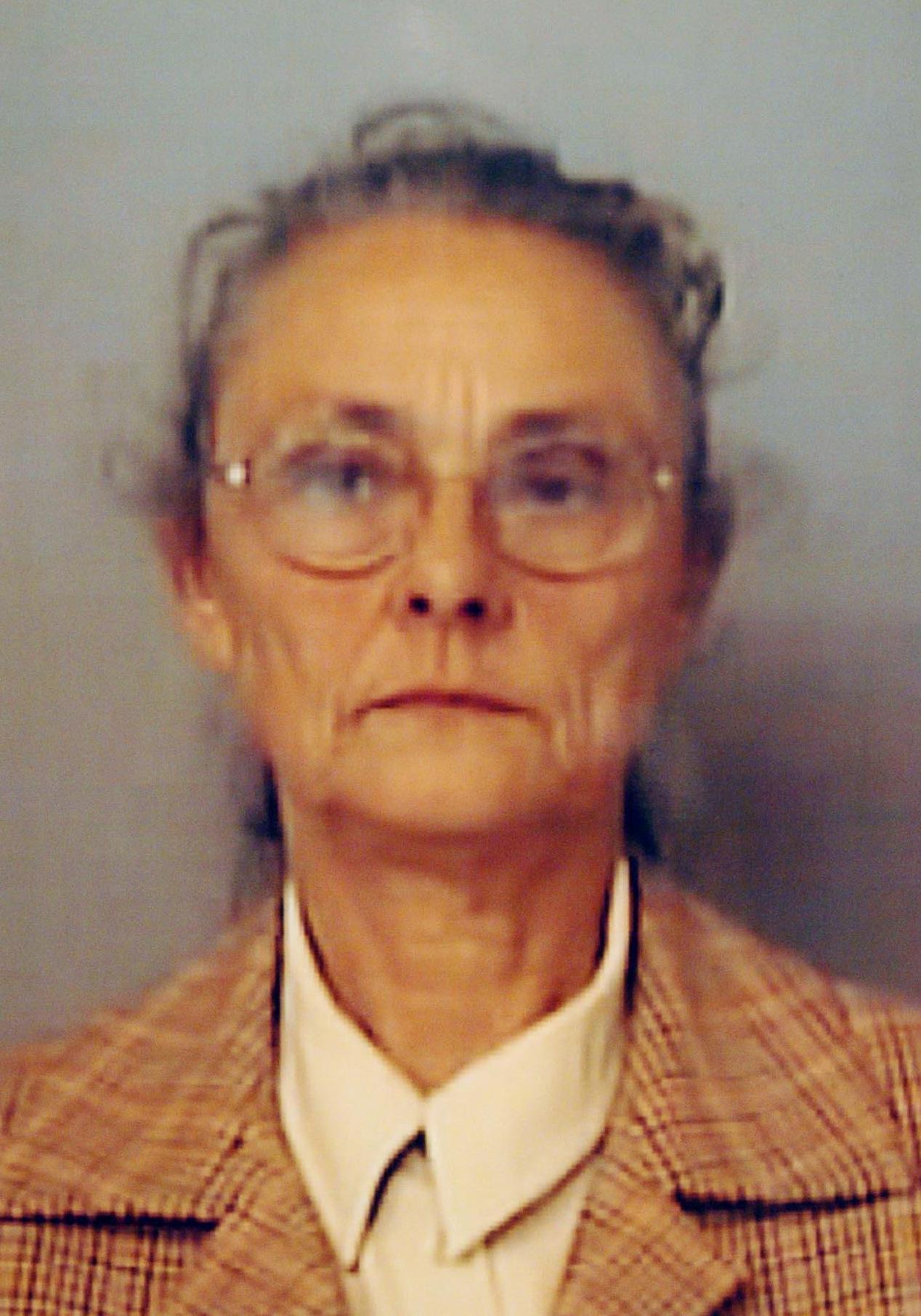 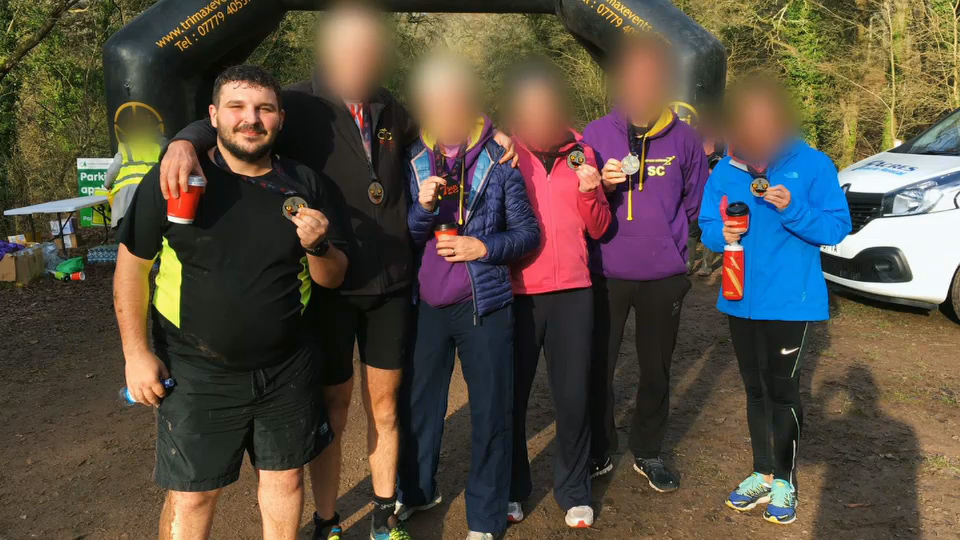 Chris tells his story in the final episode of Survivors With Denise Welch, which airs on Monday on Crime and Investigation, and he tells the Sun that, like Victoria, he lives with the shadow of his past every day.

“Victoria had horrific injuries from her childhood and it all got too much for her,” Chris says.

“Eunice served her sentence and is now free but, for us, the victims, the sentence never stops. We carry on living with it, going through daily hell, both mentally and physically.

“There have been some really dark moments when I’ve tried to take my own life. This never goes away.” 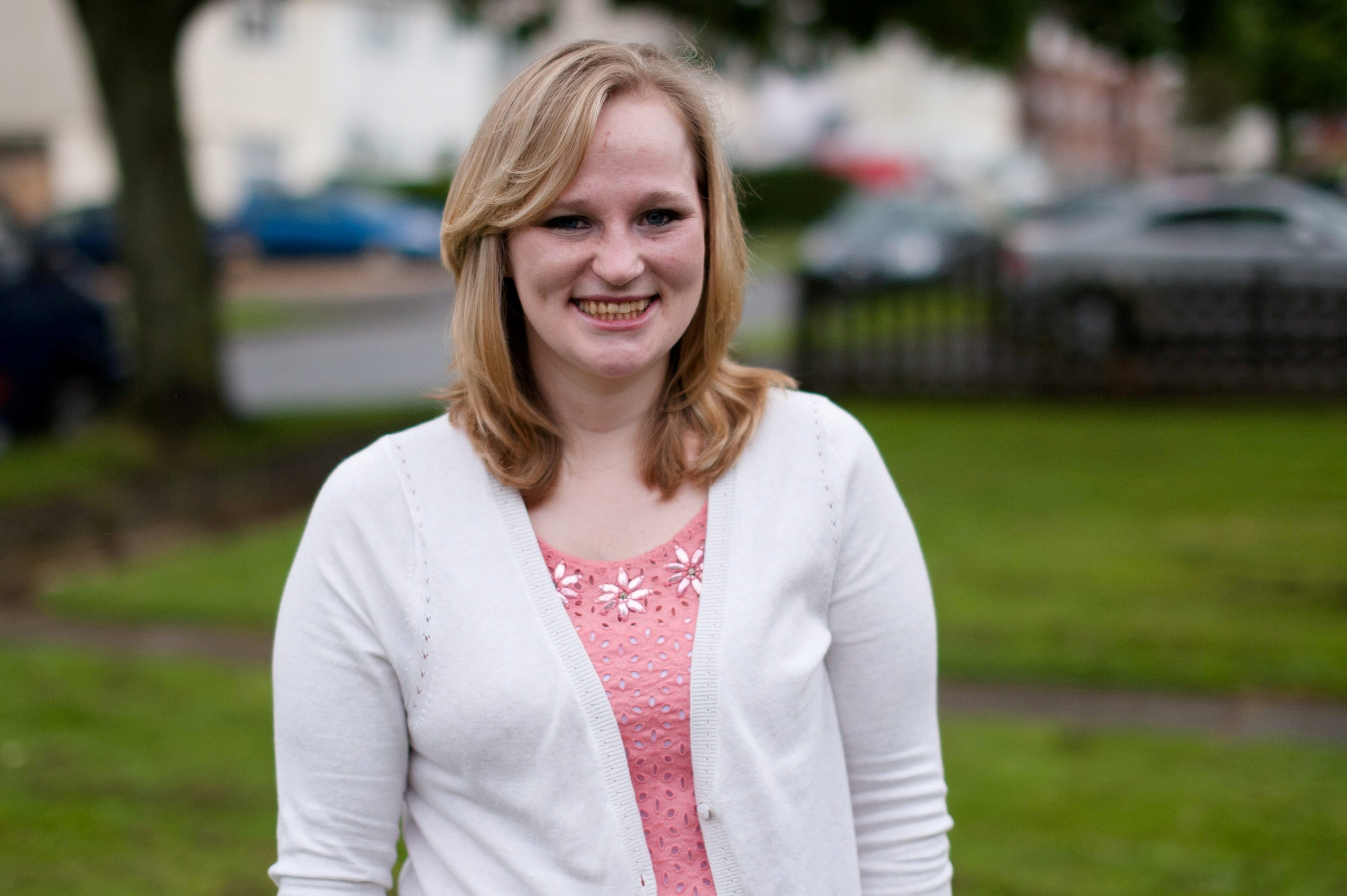 Born in Cheltenham, Chris was three when he and older sister Alloma, six, were taken from his alcoholic parents, in 1992, and placed in care with Eunice.

At first, they were overjoyed to be moving from the carpetless home where they had been neglected to the seemingly “strict but loving” environment at Eunice’s house in Gloucester.

“We lived in a dire situation so we were happy to be going to this house filled with toys, with a big garden and a swing,” says Chris.

“My first day with Eunice we played in a sandpit, which was amazing. I'd never had anything like that at home.”

But after a few months, things took a dramatic turn after some chocolate went missing at the house and furious Eunice took her anger out on Chris, Alloma and Victoria, seven.

“Eunice was determined to find out who had taken the chocolate so we were all lined up in a bedroom, and the tops of our bare feet were beaten with a chair leg.

“That evening, abuse went from zero to 100 very quickly. That was the first crossing of the red line and our lives changed forever. After that it slipped into daily beatings very quickly.” 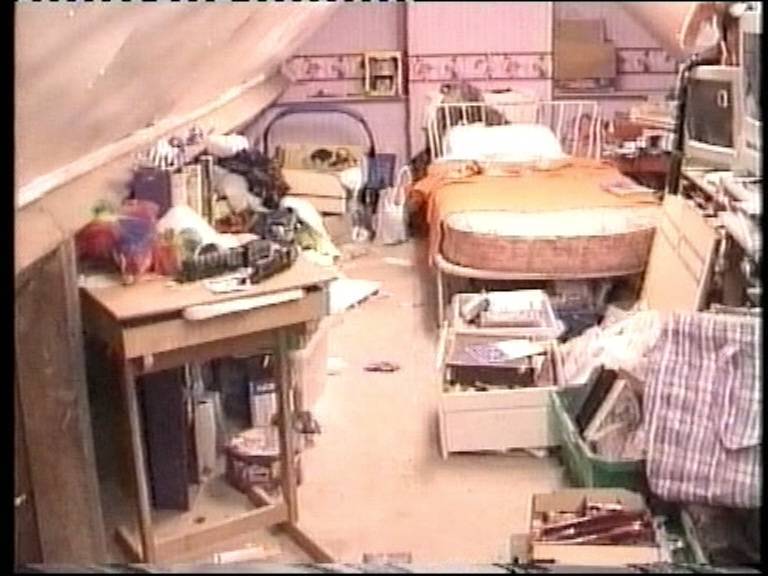 Locked naked in a room with no food

Eunice pulled the children out of school in 1993 when questions were asked about bruises and, incredibly, was allowed to “homeschool” them – although Chris says they received no education and he was taught to read and write by Alloma.

But when they moved to an isolated farmhouse – later dubbed the Hell House – in Tewkesbury, Gloucestershire, the abuse escalated again.

“The beatings could go totally unnoticed, because there was no one around us,” he says. “We were in the middle of nowhere, and we were helpless.

“There was an incident where my sister and I were locked in a room, pretty much naked, with little food and no water for a month.

“That was probably one of the worst things personally for me, because you go through stages of hunger when you literally just want to die.

“She’d throw a scrap of bread in and I remember at one point wanting to kill Victoria so that I could have all the bread. For that to go through the brain of a seven-year-old is ridiculous.”

The abuse was only meted out to the three foster children while her biological daughter Judith and adopted children Charlotte and Caleb – Chris’s younger biological brother – escaped.

“I think it was because she had them from birth,” he says

“We were told the three of us were the devil’s children, that she was saving us from Armageddon by punishing us. We believed we deserved it.

“She would say there was the devil in us and she had to wash out our mouths so she would make us gargle washing up liquid, TCP and bleach.

“If we were sick, the anger went up another level and we would have to lick it or eat it.”

She would also make the kids eat lard, dog food and even rat droppings. 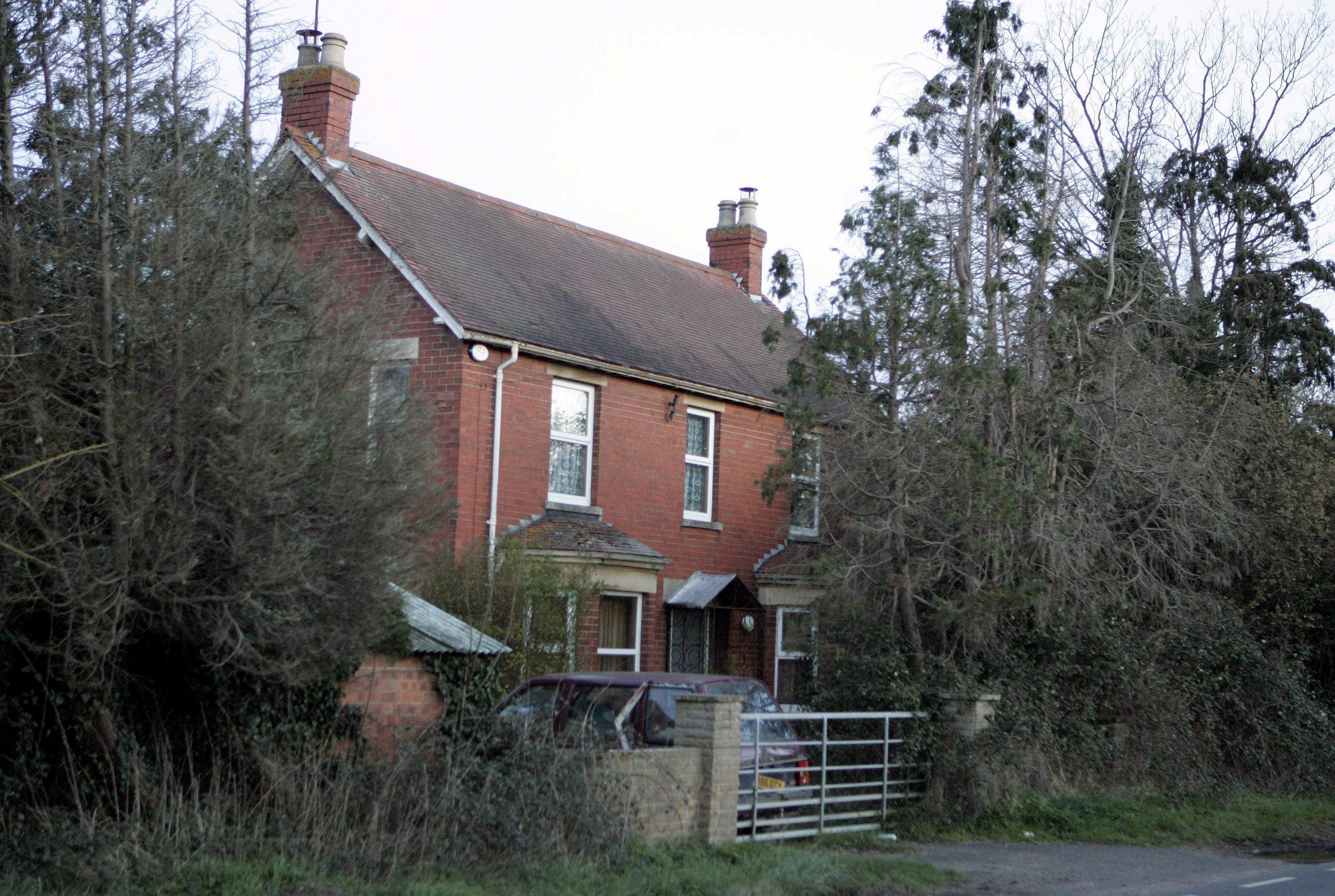 Dragged round the farm at 20mph

The tragic death of Judith and Charlotte, killed in a car accident as the family returned from a holiday in Somerset in 2000, made matters worse.

Eunice told Chris, who had swapped places with Charlotte in the car, that his foster sisters were dead and coldly spat “and I wish it had been you”.

After that, the abuse was “turbo-charged”.

“Eunice would beat our feet and when we screamed she pushed bamboo canes or a chair leg down our throats,” he says.

“We were quite often tied up but on one occasion she hooked a rope round one of my ankles and attached it to the back of her transit van, then drove it through the field and up the farmer’s track, with me dragging behind at 20 miles an hour.

“The only thing I can remember is seeing these large clumps of earth coming towards me and thinking, “this is gonna f***ing hurt.”

"After that, I just remember my sisters bringing me round and dealing with the cuts. I had dislocated my shoulder, which Alloma had to put back in, and had really nasty cuts to my right arm, which are still scarred today.

“Afterwards she just looked me up and down coldly and walked off into the house.” 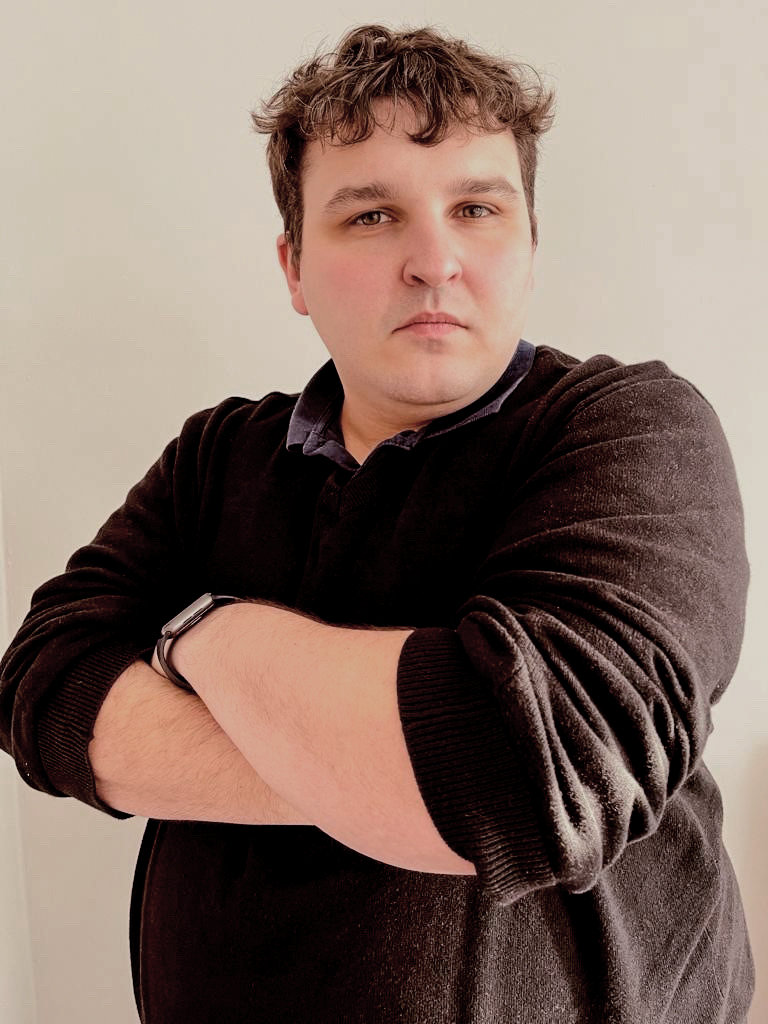 The children learned to tend each other’s wounds with the help of an old first aid book they found in the house.

“We quite often had broken hands or arms, we would just strap it up and get on with it.

“Whenever I knock my right hand, for example, it breaks straight away because we hadn't had that initial proper care.

“A couple of times we ended up going to hospital. One time, she hit me really hard with a pole which had a nail in it and it went through my kneecap.

“She couldn’t pull it out so we went to the hospital and she told them I’d fallen off my bike.”

Victoria, who had leg injuries from the crash that killed her foster sisters, was denied physiotherapy and was forced to stay in a wheelchair, so Eunice could claim a large sum in compensation. 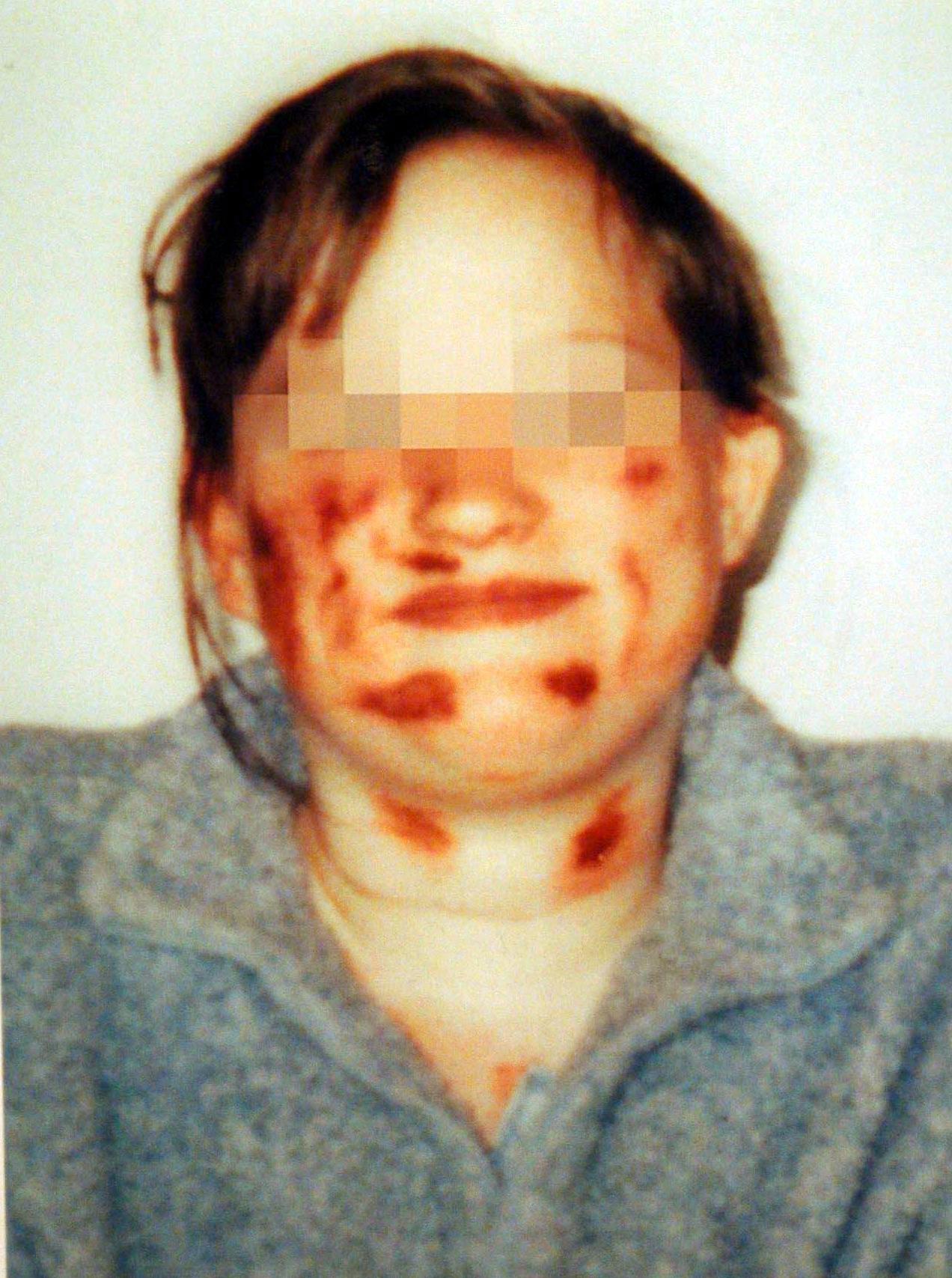 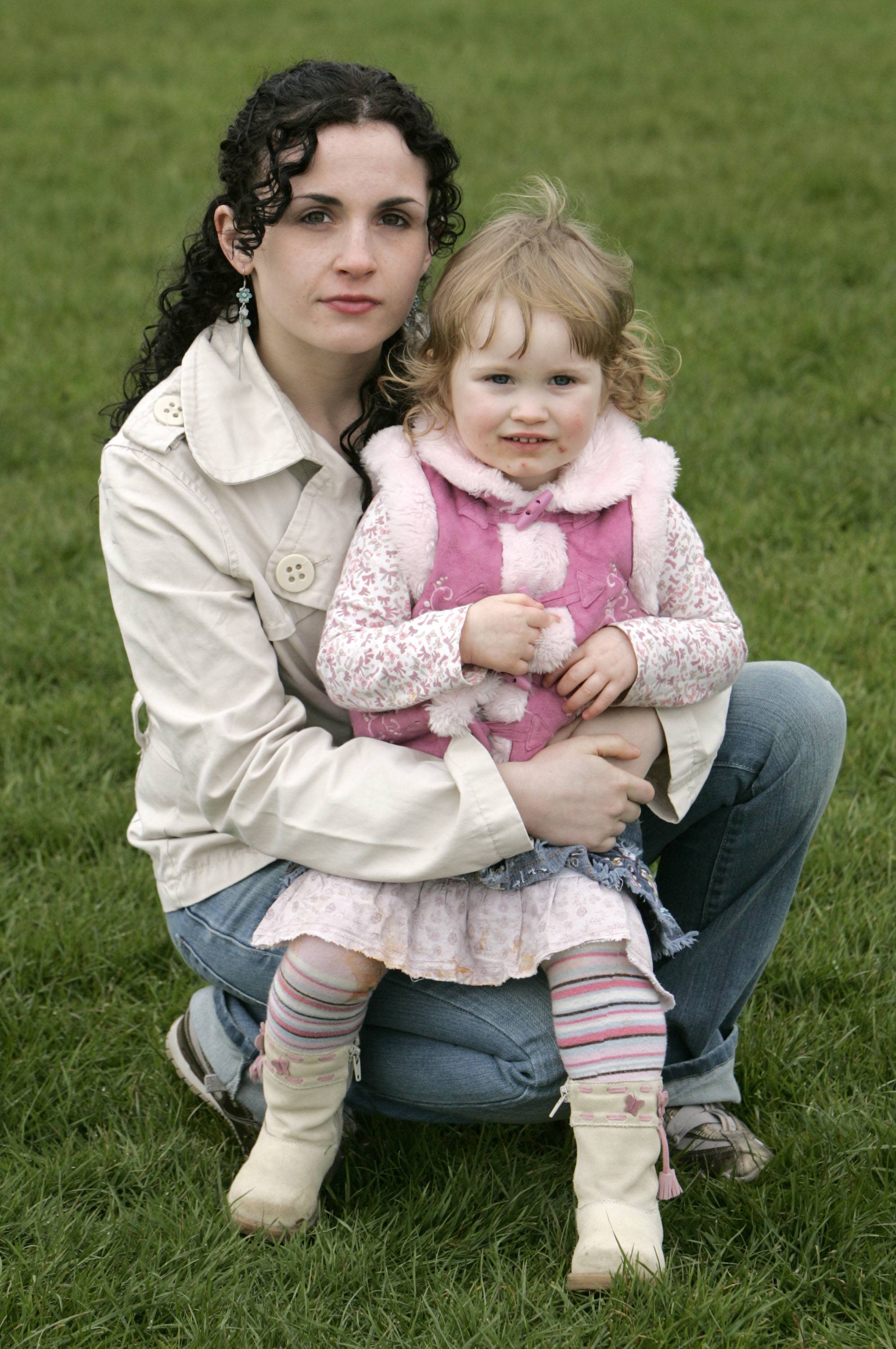 Freed after 13 years of horror

While the children were kept away from others their age, Victoria and Caleb were allowed to go to the local Jehovah’s Witness church every Sunday – and it was this that led to the end of Eunice’s reign of terror.

Noticing bruises on her hands and arms, concerned members of the congregation took Victoria aside, in 2004, and she finally revealed the abuse the children were suffering at the Hell House.

Eunice was arrested and, in 2007, convicted of 26 charges, including 'unlawful wounding,' cruelty to a person under the age of 16' and 'assault occasioning actual bodily harm.'

The judge said this was "worst case (of abuse) in his 40 years practising law".

She was sentenced to 14 years in prison, which was subsequently reduced to 12 years. She was released in 2014 after serving half her sentence. 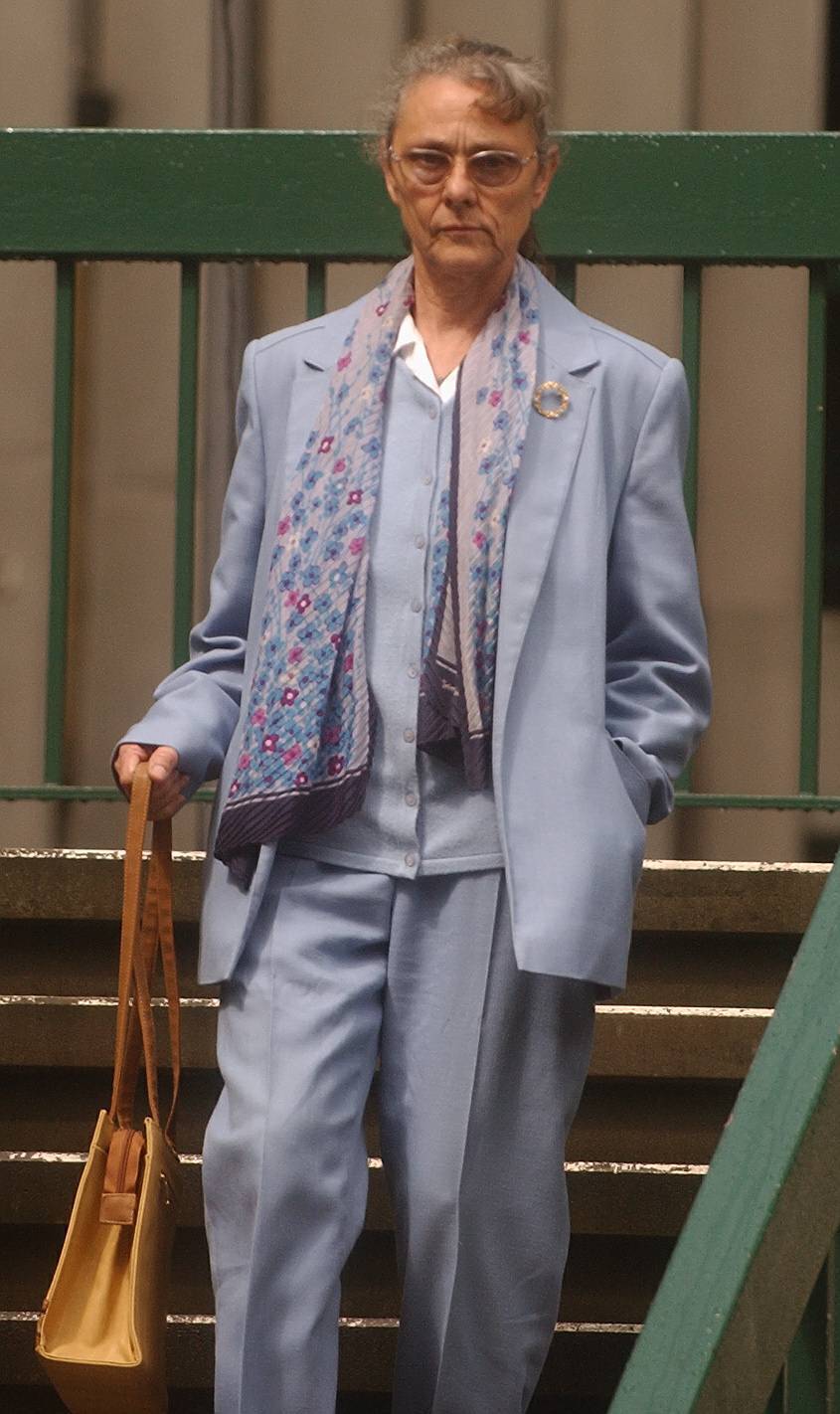 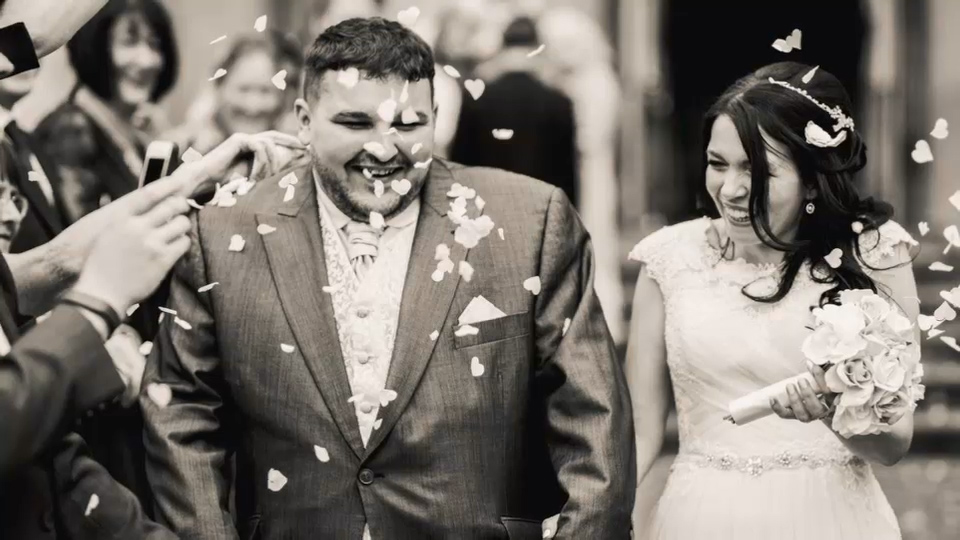 For Chris, the physical fallout continues with lasting damage to his stomach lining causing ulcers and other issues which, at one point, made him vomit six times a day for six weeks.

He spent much of 2019 in hospital being treated for kidney damage, probably caused by beatings, malnutrition or ingesting chemicals.

“One surgeon said my kidneys are so damaged it looks like I've been in a car accident,” he says.

“I spent most of 2019 in hospital and that was the first year my mental health really slipped because there's only so long you can spend in a hospital without going insane.

“Also the smell of disinfectant in hospitals is a real trigger for me because of having to gargle with bleach and TCP.

“I'm still having daily sickness which I have to work around and I’m waiting for kidney surgery.”

But resilient Chris, who believes in positive thinking, has rebuilt his life with a good job in IT, despite his lack of education.

He also has a supportive partner, Emma, who he married in 2017, and they are now hoping to start a family.

“My mental health hasn't been as bad as it could have been. I'm lucky to have an amazing support network who are always there if I have a dip,” he says. 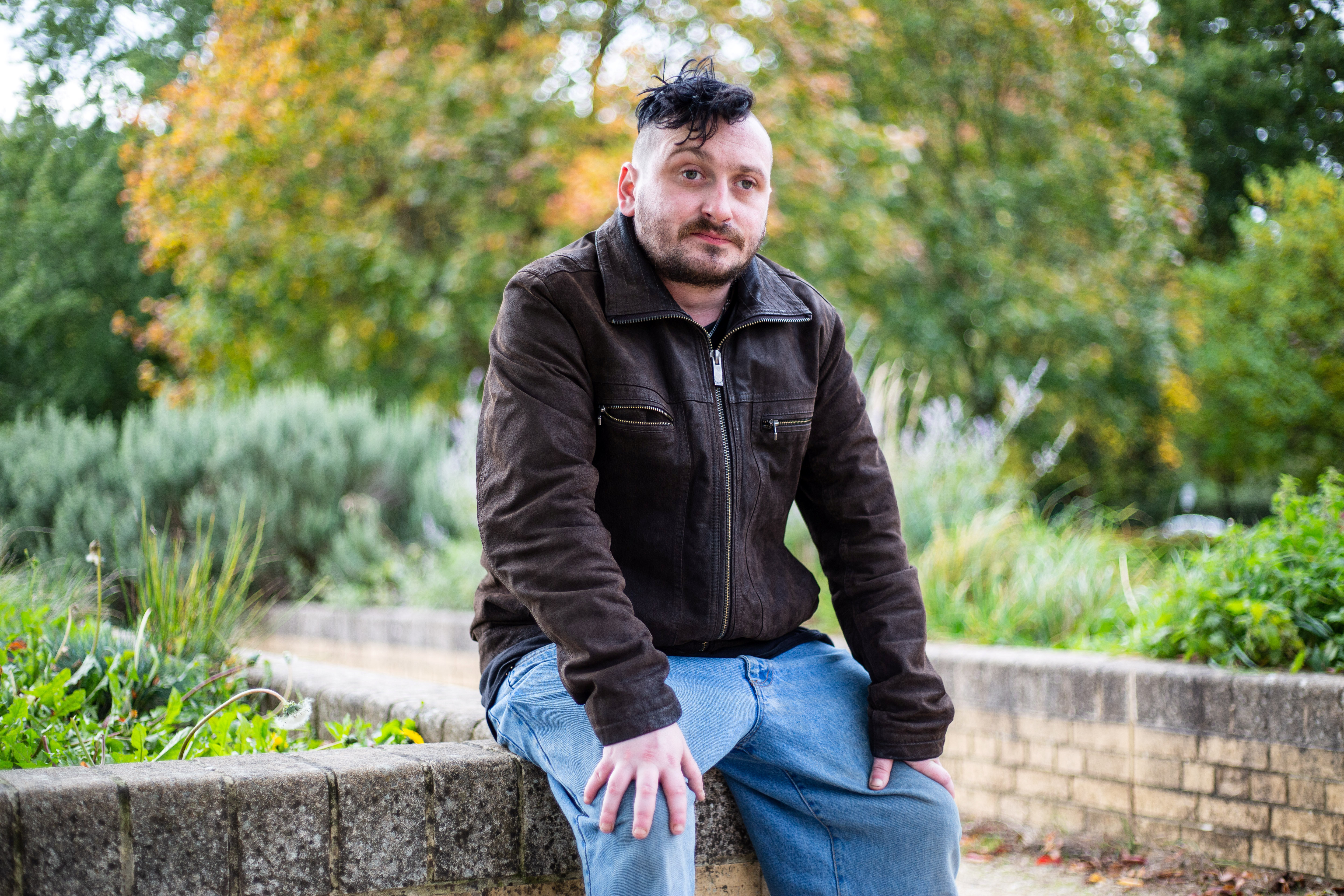 “My main tactic to deal with this, day to day, is positivity. I love cycling, fresh air, walking the dog, meeting new people and setting myself ridiculous challenges like 200 mile bike rides and half-marathons.”

He also devotes much of his spare time to helping other victims of abuse, who contact him after reading his inspiring story.

“I try and live life to its fullest,” he says. “I’m not going to let Eunice Spry define me. My future is mine and I’m running towards it.”

Flights from India STILL landing in UK with 1,000 passengers arriving today and 110 planes since country put on red list

Rapist jailed for 15 years for attacking girl, 15, at knifepoint