Home » World News » My heart is breaking for my son

My heart is breaking. The funding for my severely and permanently disabled 25-year-old son, Jonathan, has been slashed.

Some bureaucrat who has never met Jonathan has decided that he is miraculously cured. They have decided that he no longer needs the same level of speech therapy, even though he has difficulty forming many basic sounds, struggles to say a complete sentence and can only be understood by those who know him well. 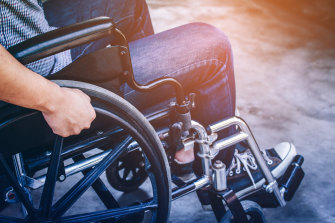 An NDIA assessor who has never met my son has determined that he has been miraculously cured.Credit: shutterstock

They have decided that he needs less occupational therapy, even though Jonathan’s key progress over the past year was almost being able to brush his teeth by himself.

They have decided that Jonathan needs less physiotherapy, even though he recently tore his anterior cruciate ligament following a seizure.

I will have to reduce all his services, while some will have to go. There is no money for important physical activities such as swimming, for social programs, and certainly no money for respite for me to have a single night off.

In the debate this week, the prime minister said that “for parents with children who are disabled, I can only try and understand your aspirations for those children”.

Clearly he can’t really empathise with parents of children with disabilities – or care much how hard their lives are. But this is not the issue. 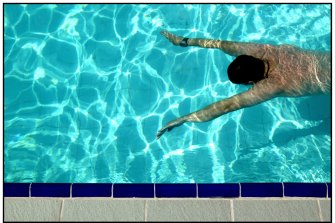 There is no money for important physical activities, including swimming.Credit:Jessica Shapiro

The issue is, why is his government cutting the funding of so many people who do have children with a disability, while splashing around billions on everyone else?

He didn’t answer this question. He can do something about it – so why doesn’t he?

I am feeling completely helpless and powerless because my beautiful son, who has already suffered so much in his 25 years, will suffer even more. 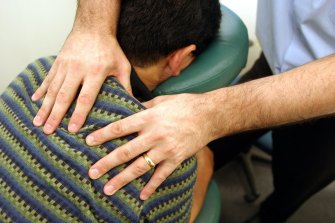 For many, NDIS funding has been cut without explanation, leaving parents feeling powerless.Credit:Wade Laube

Jonathan’s annual NDIS package ran out early. I was advised to book an early review of his funding plan, which we must do every year to get another year of funding, a tedious burden. For three months we waited for a result and then found out that instead of getting an increase to cover transport and the higher rates charged by his service providers, his funding was significantly reduced.

I requested a review and provided yet more evidence from his doctor and other specialists. Just before 5pm on the eve of the Easter break, I received an email saying the review had been conducted and the decision would not be changed.

Reviewers did not contact me, as I had requested, even though I was assured this would happen. They did not look at the pictures showing the problems Jonathan had with his speech or his difficulty with everyday tasks. They dismissed the mass of evidence and reports we submitted and ignored the recommendations of our area co-ordinator, who has met Jonathan. They simply state there is not enough evidence that we need the same level of support as last year.

Despite a federal court ruling in March 2017 which found that if the National Disability Insurance Agency identified “reasonable and necessary supports”, then these must be fully funded, including transport to access them, Jonathan’s rate of transport funding does not cover the cost of getting him to activities.

Faceless decision makers who have never spoken to or seen Jonathan have unilaterally decided that despite all the evidence to the contrary, Jonathan is well on the way to being perfectly fine. If only that were the case.

Our next stop is the Administrative Appeals Tribunal. But trying to manage full-time work and care for my son with less support is already overwhelming, without adding a legal fight. A favourable ruling at the AAT would only be a temporary solution anyway, as the funding must be renewed every one to two years.

As Labor’s NDIS spokesman Bill Shorten said recently, the Coalition government is spending millions of dollars on lawyers “to wear down and crush self-represented NDIS participants”.

It was also reported in February that the NDIA spent nearly $22 million on external legal fees in the past financial year. That money could have helped so many people.

The NDIS may be expensive, but this money is not wasted. It is all spent on services provided by Australian businesses and local people and supports the employment of so many. Why is the government that is supposedly all about jobs jeopardising this?

I am alternately gripped with rage, anxiety and despair. It is hard to sleep, to keep my thoughts straight and to go through the motions of life.

The truly heartbreaking thing is that I am not the only person in this position. This is happening to people with disabilities across Australia. Funding is being cut everywhere with no justification.

Some people have had to leave their jobs to care for their children. The number of reviews and rejections has skyrocketed and the number of complaints about the scheme being heard by the AAT rose by more than 1000 in the past six months. Is this why the Coalition is stacking the tribunal with Liberal Party appointments?

The cruelty and lack of humanity in taking away the funding of the most vulnerable Australians and thereby ruining their lives is astounding.

Is there a deliberate campaign to destroy the lives of people with disabilities? It sure feels like it.

I despair at what the future holds. I also despair that the NDIS will be destroyed if this government is returned for another term.

The writer asked to remain anonymous because she feared fallout from criticising the NDIA.

Manchester fence students: 'Woke up in a BOX, surrounded by strangers'