Home » World News » My trans truth is not a cosmetic choice, it’s a brutal imperative

Underlying the potentially deadly political football that Scott Morrison and other politicians have been playing with transgender people this year is one big assumption: that people who are transgender have made a choice, and a bad one.

As soon as I was old enough to express a sense of who I was, I began surprising people by telling them I was a girl. School soon shook that notion from my mind, but the feelings returned only a couple of years later. 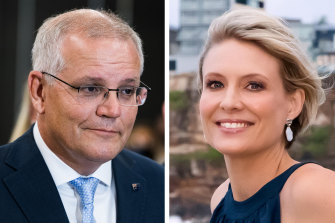 I couldn’t imagine, as a seven-year-old, that what I was experiencing was unusual. If I was a boy, I figured, then all boys must feel the way I felt. I pushed it down. Then the transformations of puberty brought those feelings back again – this time as urgent, agonising desperation to stop my body from doing what it was doing. After I came out to my parents, I told them, full of shame, “I don’t want to be like this”. It’s a life-shattering feeling.

Decisions to denigrate and exclude transgender people are built upon the assumption that transitioning is a cosmetic choice. If we choose to brutalise our bodies in such a way, why should society accommodate and include us?

Despite the agony that puberty brought on, I tried desperately not to transition, out of fear. As we’ve seen this year, the world doesn’t make it easy for those who do. 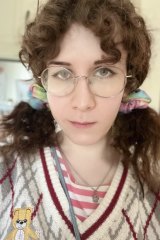 Many teenagers and adults who might otherwise transition instead try to shield themselves from potential discrimination, judgement, exclusion and violence – and tragically end up taking their lives as a result. I convinced myself, for my own comfort, that the consequences of transitioning would be worse than the consequences of doing nothing at all, that the suffering I would experience at the hands of others would be worse than the suffering of ignoring this deep, inexplicable, lifelong distress. After one more year of trying to carry on as normal, I discovered I was wrong.

For many, like me, transitioning is a brutal imperative. You only ever take that risk because the alternative is so much worse. You only know how deep it runs after you’ve tried – as if your life, your family, your friends, and your future all depend on it – to suppress it. It’s a feeling that is alien to you until you face it, and find yourself trying to describe it, to convince those around you.

We don’t know for sure why this happens to some people, though a rush of hormones during fetal development is emerging as a strong contender. Politicians would do well to consider that they are talking about something that they do not fully understand, playing with a fire they can’t see. But we will see it, as we already do, in the suffering of children and our friends as they are reminded, each day, of how little their politicians care for their plight.