Coronavirus may have been in Britain two months before the first confirmed cases, after choir singers were struck down following the return of a member’s partner from Wuhan.

Jane Hall, who sings in the Voice of Yorkshire choir and All Together Now community choir, said friends in both groups had fallen ill in January with one member experiencing symptoms consistent with Covid-19 as early as late December.

The first singer to become ill was the partner of a businessman who had returned from a trip to Wuhan in mid-December and developed a hacking cough.

The first confirmed cases in the UK were in February this year, when two members of the same family became sick while staying at a hotel in York city centre. 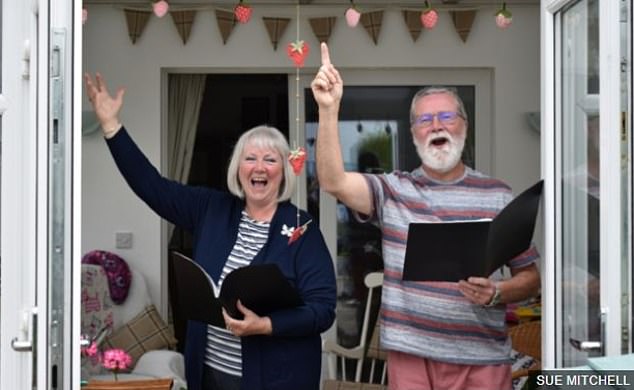 Carol and Keith Brown, members of the group of amateur singers who experienced a viral illness with covid-19 symptoms long before the first recorded case in February

Miss Hall had contacted Professor John Wright, a medical doctor and epidemiologist at the Bradford Institute for Health Research, who has researched epidemics such as cholera, HIV and Ebola.

Miss Hall, from Bradford, in West Yorkshire, said: ‘My friend from the choir became ill mid-January. Then my best friend, Christine, became ill, and I became ill the first weekend of February.

‘I had a throat that felt like I had swallowed broken glass, a high temperature, headaches… I was totally fatigued – I slept for two whole days which was totally unlike me. I had a high temperature and a dry, unproductive cough. It was like breathing through treacle – I was really struggling to breathe.’ 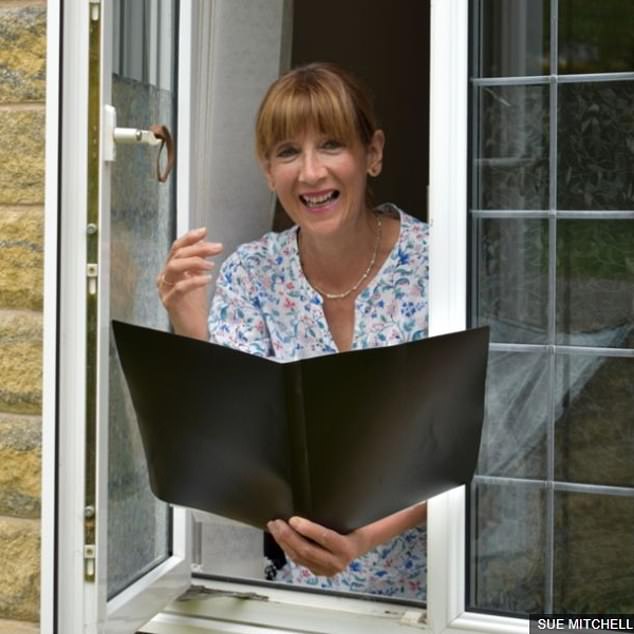 Miss Hall also realised she had lost her sense of smell when she could not tell the milk in her tea had gone off.

Chris Kemp, who runs the All Together Now choir, said he first fell ill in late-December and did not recover until early February.

Choristers believe the virus may have been spread around the group in January, when it held its Christmas party.

It is also thought the virus was spread to the manager of the Bulls Head pub in Baildon, near Bradford, which hosts the All Together Now group after its weekly rehearsals. The manager collapsed at the end of January after she reported difficulty breathing.

Professor Wright said: ‘On most occasions when people contact me to say they had an illness like this last year, I reassure them that it was probably a different viral infection. But Jane’s story, with the link to Wuhan in mid-December, is very interesting. We have to be cautious about assuming this is Covid-19 – there will have been lots of other seasonal viral illnesses circulating. But what interests me in this case is the pattern of transmission, the timeframe and what’s been described about the link to what we think was happening in Wuhan.

‘The nature of epidemics is they do start very, very slowly – one or two people, gradually increasing – and before it hits people’s radar it’s been lurking below it for some time.’

He added we cannot know if Miss Hall had the virus until an antibody test, which looks for past infection, is made available, which he hopes to have ‘in the next few weeks’.