As Beijing has erupted in anguished fury at Nancy Pelosi’s visit to Taiwan, the Speaker herself noted that a similar visit from an all-male delegation of US senators earlier this year failed to elicit such a firestorm.

‘They made a big fuss because I’m the speaker, I guess. I don’t know if that was a reason or an excuse,’ she said during a press conference with the Taiwanese president. ‘Because they didn’t say anything when the men came.’

Senators Lindsey Graham (R, SC), Bob Menendez (D, NJ), Chairman of the Foreign Relations Committee, lead a six-member group of US senators on the trip. They traveled on a US Air Force jet, meaning the Biden administration had sanctioned the trip.

Chinese Foreign Ministry spokesman Zhao Lijian called the April visit ‘condescending’ and ‘irresponsible’ at the time – a far cry from the rage and fury and live-fire military exercises that Pelosi’s visit has drawn.

Even four months ago, Chinese officials were more concerned about a potential visit from Pelosi than six male senators, with Chinese foreign minister Wang Yi calling the speaker’s planned trip a ‘red line’ for US-China relations. 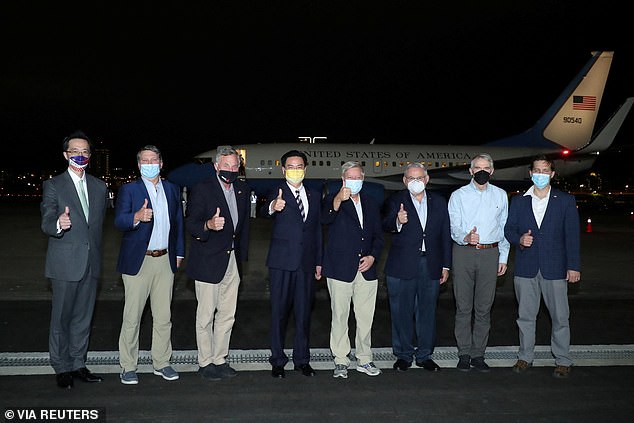 A bipartisan group of lawmakers pose for a photo with Taiwan Foreign Minister Joseph Wu after arriving at Taipei Songshan airport in Taipei, Taiwan April 14 – a trip that elicited far less fury than Pelosi’s 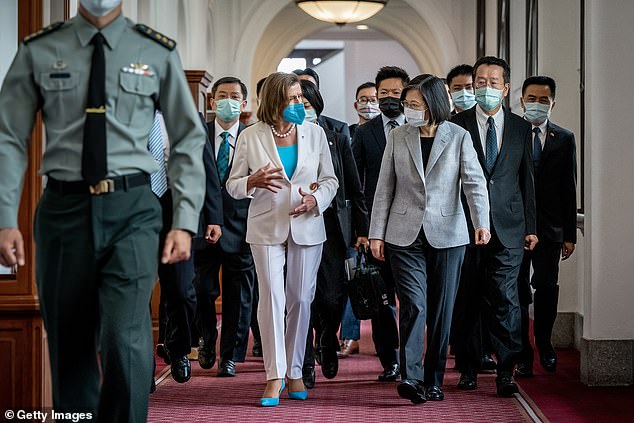 Even four months ago, Chinese officials were more concerned about a potential visit from Pelosi than six male senators, with Chinese foreign minister Wang Yi calling the speaker’s planned trip a ‘red line’ for US-China relations 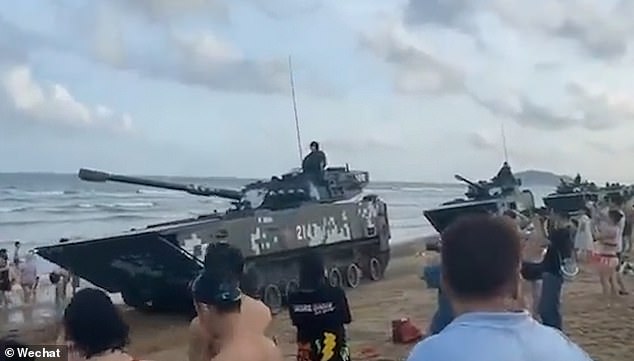 Pelosi’s visit to Taiwan was met with rage and fury by Beijing, with amphibious tanks lining up on Chinese beaches across the Taiwan Strait and live-fire exercises around the median line that divides the two countries 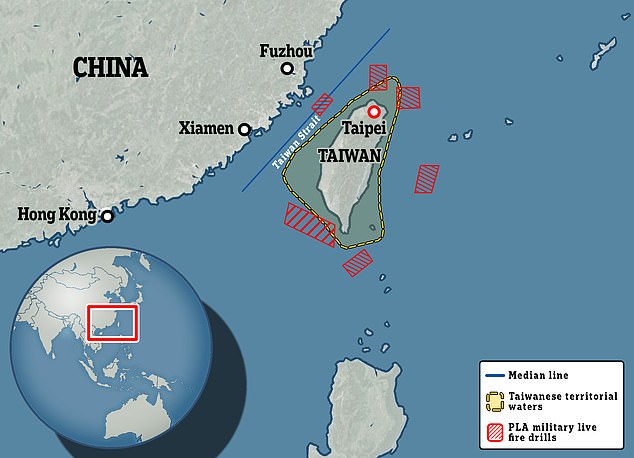 To compound matters, Pelosi flew to Taipei to meet with Taiwan’s first female president, Tsai Ing-wen. The third in line to the US presidency said her meeting with Tsai was a moment to take ‘pride in women’s leadership,’ noting that both politicians had smashed the glass ceilings in their respective governments.

But how threatened does the Chinese Communist Party feel by female empowerment?

‘The Communist Party aggressively perpetuates traditional gender norms and reduces women to their roles as reproductive tools for the state, dutiful wives, mothers and baby breeders in the home,’ Leta Hong Fincher, a Hong Kong-American writer, wrote in the Washington Post.

‘The party also is carrying out an unprecedented crackdown on feminist activists because China’s all-male rulers seem to think that China’s entire security state would collapse were it not for the subjugation of women.’

Since 2015, women’s rights in China have been rolled back under Xi Jinping, starting with the arrest of five female activists for ‘picking quarrels and provoking trouble’ after planning a multi-city protest aimed at bringing an end to sexual harassment on public transport.

While feminism is occasionally viewed as a controversial ideology in Western society, it is little-remarked how comprehensively the central tenets have been integrated into the thinking of the average person in comparison to cultures and societies in Asia.

All forms of activism are viewed as a form of civil disobedience that the CCP cannot afford to tolerate, meaning that progressive ideas such as gender equality are viewed as potentially destabilizing. 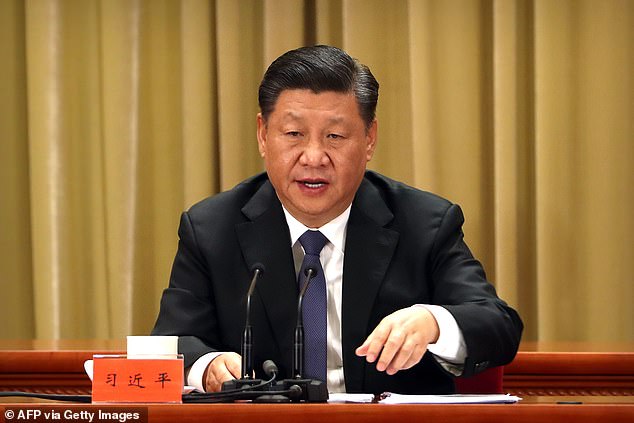 Since 2015, women’s rights in China have been rolled back under Xi Jinping, who ‘aggressively perpetuates traditional gender norms and reduces women to their roles as reproductive tools for the state, dutiful wives, mothers and baby breeders in the home’

‘Xi Jinping has often stressed the importance of family values. He says ‘little family’ but he has in mind the ‘big family’ [the nation],’ Xinhua news agency once said, stressing the Chinese leader’s reliance on a structure in which men are in charge.

What are sometimes referred to as ‘traditional values’ by authoritarian states often simply serve to entrench methods of control and repression over society.

‘The gender stereotypes or the historical traditional norms are still there today very much,’ Valarie Tan, an analyst at the Mercator Institute for China Studies in Germany, told Al Jazeera.

‘I would say even more so under Xi Jinping, the expectation is that women eventually have to get married, they have to take care of the children, grow old and take care of grandchildren,’ Tan said. 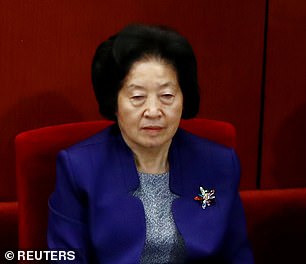 In politics, women made up just 83 of 938 elite delegates at the most recent National Congress of the CCP in 2017 – an event held every five years, with the next one due in the autumn.

Even then, Vice Premier Sun Chunlan is the only woman among the men of the 25-person Politburo that runs the giant country.

In 70 years of the Chinese Communist Party, there has never been a single woman on the Politburo’s elite Standing Committee.

‘Why?’ asks Hong Fincher. ‘I believe that China’s all-male rulers have decided that the systematic subjugation of women is essential to maintaining Communist Party survival.’