Benjamin Netanyahu, who is posed to return to office after elections earlier this month, praised the former president for being a ‘supporter of Israel’, but said he shouldn’t repeat the mistake in the future.

Trump has repeatedly said he did not know until after the fact that he had had dinner with Nick Fuentes, a far-right activist who uses his online platform to spew antisemitic and white nationalist rhetoric. Other reports said Trump had been ‘very taken’ with Fuentes during the impromptu dinner at his Mar-a-Lago estate.

Fuentes arrived by car with Ye, the rapper formerly known as Kanye West, who in recent weeks has all but wrecked his reputation as a musician and fashion giant by making a series of antisemitic comments and sharing baseless conspiracy theories. 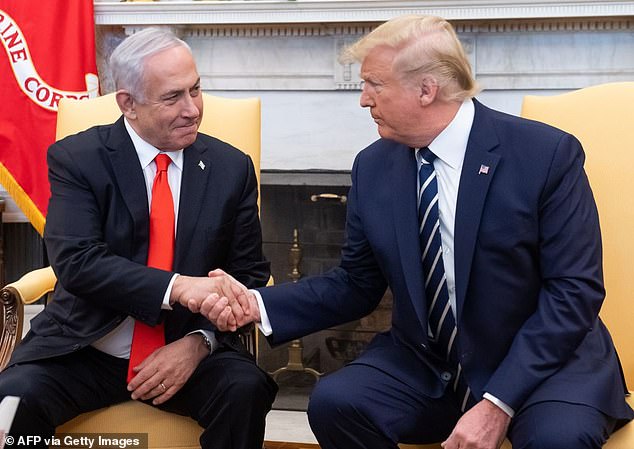 ‘I think that that’s what I would say about President Trump’s decision to dine with this person I think is wrong and misplaced,’ Netanyahu told journalist Bari Weiss, in a piece she posted on Wednesday on her ‘Common Sense’ newsletter.

‘I think it’s a mistake. He shouldn’t do that,’ Netanyahu added.

It was not immediately clear who the future Israeli PM was referring to when he said ‘this person’. He also condemned West’s recent remarks about Jewish people.

Despite the meeting, Netanyahu made it clear that he still appreciates Trump, who made a number of Israel-friendly policy decisions during his time in office.

These included moving the US embassy in Israel from Tel Aviv to Jerusalem, ending the Iran nuclear deal, recognizing Israel’s sovereignty over the contested Golan Heights and defunding Palestinian groups – among other steps.

‘He has been a tremendous supporter of Israel, and I’m unabashedly appreciative of what he did for Israel,’ Netanyahu told Weiss.

‘I appreciate all that it doesn’t take away from. Also, you know, he’s been very supportive of the Jewish people. So I think he made a mistake. I hope it’s not repeated. That’s all I can tell you.’ Weiss asked Netanyahu to describe Trump with a single adjective. He chose ‘irreverent’. 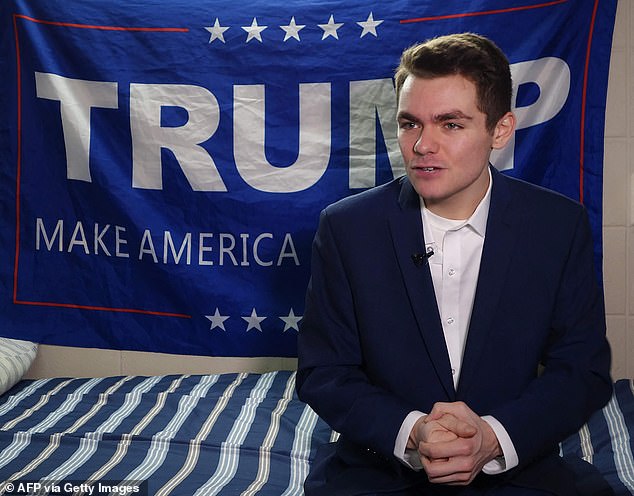 Trump has repeatedly said he did not know until after the fact that he had had dinner with Nick Fuentes (pictured in 2017 sitting infront of a Trump flag), a far-right activist who uses his online platform to spew antisemitic and white nationalist rhetoric 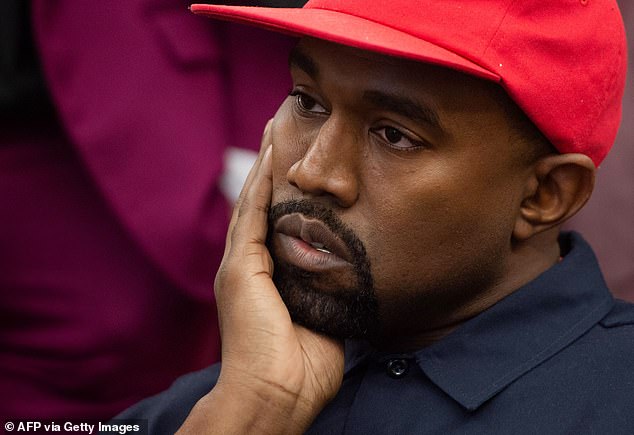 Fuentes arrived by car with Ye, the rapper formerly known as Kanye West (pictured), who in recent weeks has all but wrecked his reputation as a musician and fashion giant by making a series of antisemitic comments and sharing baseless conspiracy theories

Trump was reportedly left enraged after having dinner at Mar-a-Lago in Florida with West and Fuentes. The former president told Fox News on Tuesday that he did not know who Fuentes was, and distanced himself from his racism after being implored to do so by a growing number of fellow Republicans.

‘I had never heard of the man – I had no idea what his views were, and they weren’t expressed at the table in our very quick dinner, or it wouldn’t have been accepted,’ he told the news network. Trump called the meeting ‘uneventful.’

In a video posted after the meeting, the scandal-hit West said he told Trump he was considering running for president in 2024 and that the ex-president should be his running mate. Trump, who declared his own White House bid two weeks ago, was ‘basically screaming,’ the rapper said in his Twitter video entitled ‘Mar-a-lago debrief.’

‘He tried to f*** me. He’s crazy. He can’t beat me,’ Trump reportedly said to allies after the controversial dinner, according to NBC News.

An adviser told the outlet that Trump was ‘totally blindsided’ by the ‘setup’ dinner.

The dinner has led to a torrent of criticism from both sides of the aisle, including Senate Republican Leader Mitch McConnell who said it may have wrecked Trump’s chances of running for president in 2024.

Two people familiar with the dinner told NBC News that Trump was warned to be cautious before accepting a meeting with West amid widespread backlash over anti-Semitic posts made on Instagram and Twitter – that has led to top sponsors like Adidas, Gap, and Balenciaga dropping him.

‘This is a f***ing nightmare,’ said one longtime Trump adviser who spoke to NBC News anonymously after the dinner.

The source went on to say they are concerned that the meeting could impact Trump’s chances at taking the Republican nomination in 2024. 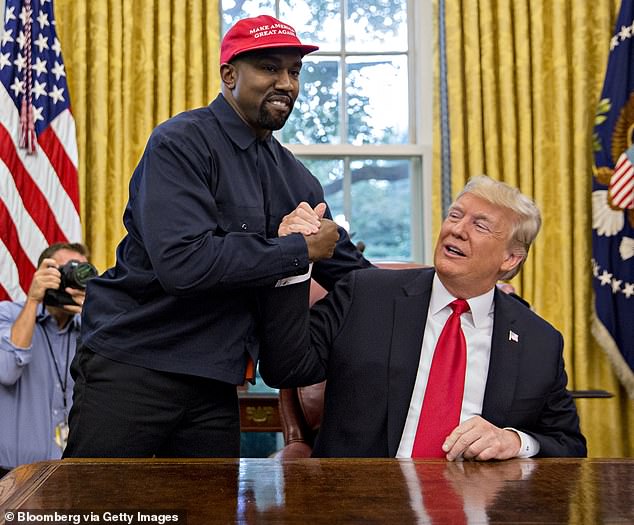 Pictured: Trump and Kanye West meet at the White House in 2018 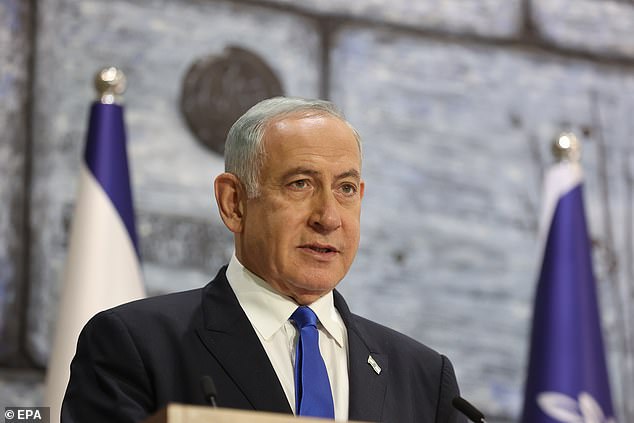 Netanyahu made it clear that he still appreciates Trump, who made a number of Israel-friendly policy decisions during his time in office

Throughout the interview, Netanyahu seemed eager to reassure both Joe Biden’s White House administration and Jews living in the United States about the in-coming Israeli government, which is likely to be propped up by extremist parties.

He stressed that he would be the one deciding on government policy, and that he would not take steps that would further inflame tensions between Israelis and Palestinians. On Thursday the Israeli army killed two Palestinian militants when a predawn raid on a flashpoint town in the occupied West Bank.

Jenin, along with the nearby city of Nablus, has seen intensified military operations since a spate of Palestinian street attacks in Israeli cities in March.

Netanyahu also stressed that his government would maintain Israel’s democracy, amid concerns that he could ry to make his yearslong legal troubles disappear through new legislation advanced by his far-right and ultra-Orthodox allies.

Critics say such a legal crusade is an assault on Israel’s democracy.

Netanyahu, 73, who is on trial for corruption, will likely be buoyed by a loyal and comfortable governing majority that could grant him a lifeline from conviction.

Dexter the Boxer dog helps his blind pal down the stairs

Amazon will build helix-shaped tower at its upcoming Virginia 'HQ2'