The new owner of Melbourne CBD’s oldest surviving shop and dwelling has vowed to restore it to its former glory after purchasing the fragile, 171-year-old cottage for more than $1.8 million.

In a frenetic auction held on Thursday beside Russell’s Old Corner Shop, Melbourne investor Yan Qin prevailed over a keen rival bidder to buy the humble premises for $1.875 million. 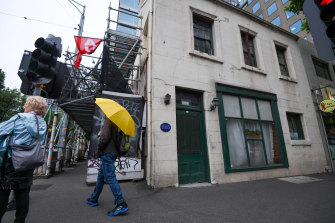 The heritage-listed, two-level shop and residence, built in 1850 before the gold rush, has been owned by the same family since 1899.

In that year, it was bought by Valletto Azzopardi, whose granddaughter, retired actor and teacher Lola Russell, 99, lived most of her life there.

Tony Tai, from estate agency TT Global, who was a spokesman for the new owner Mr Qiu, said “we’re very happy, very excited because apart from anything else there’s only so many CBD corners that you can buy in the city of Melbourne”. 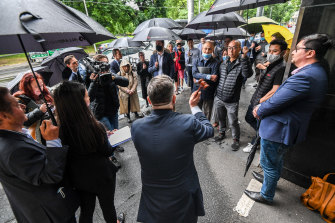 The auction crowd on Thursday.Credit:Justin McManus

Mr Tai said Mr Qiu wanted to restore the property, which is on the corner of King and La Trobe streets. He doubted it could be suitable for residential use and so “most probably” would open for retail or even office use.

He said details of the restoration would depend on work with heritage advisers and architects.

“But in terms of its use, it will be put back to its best and highest use.” Asked how much that would cost, Mr Tai replied: “How long is a piece of string?”

“What you see, in a way, that’s the easy part. It’s the stuff that you can’t see that’s the costly part … as in the foundation, all the structural stuff.” 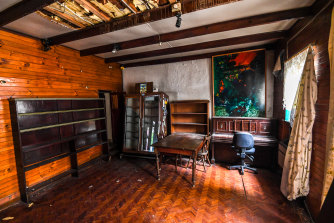 “But I think taking into consideration the history, the significance and more importantly, the vendor, who we understand is in her later years, we want to have a good outcome for her as well.”

Ms Russell was born in the cottage, lived most of her life there and, with her husband George Dixon, ran a cafe from the ground floor.

The shop closed in 2017. Currently, the building’s La Trobe street side wall is supported by scaffolding and the property has recently suffered from break-ins and a fire. 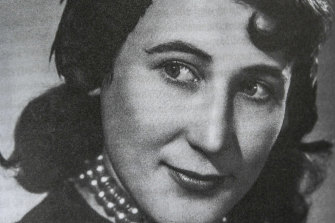 Ms Russell was not present for the auction but her niece, Helen Dixon, said it was “the end of an era” and she felt it was a good outcome.

“It’s a good resolution and moving forward with the property,” she said. “It’s great that someone’s taking it on who’s got the resources to restore it.”

Its future use was up to the new owners, but she said it would be a “terrific outcome” if the shop was restored and continued to be enjoyed by Melburnians.

Ms Dixon said her aunt’s main concern was that the future of the building is assured, “because it’s such an important part of the history of Melbourne. The heritage overlays should achieve that”. 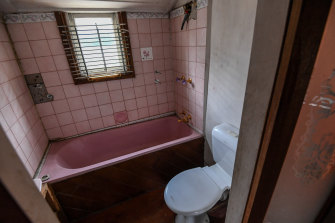 She said she had happy memories of visiting the house.

“George and Lola were real creative spirits. They were both actors and teachers. They performed plays in the shop and cafe and would hold theatrical soirees, even when they were elderly. They were real characters.”

Auctioneer Joseph Walton, from agent Allard Shelton, said it was “an amazing result” beyond the vendor’s expectations for the sale of “an iconic piece of Melbourne real estate”.

He said it was “such a rare opportunity” to facilitate the sale of the building and “I doubt I’ll get the privilege to auction a similar property, or certainly a property quite as unique as this, again.”

Penny Jackson joked about hanging her husband months before he died

Supermarkets should work together to save Christmas says supply boss