Niger claims to have killed more than 280 Boko Haram terrorists after the group seized towns and military bases in neighbouring Nigeria last month.

Niger has yet to suffer any casualties of its own, according to the ministry. 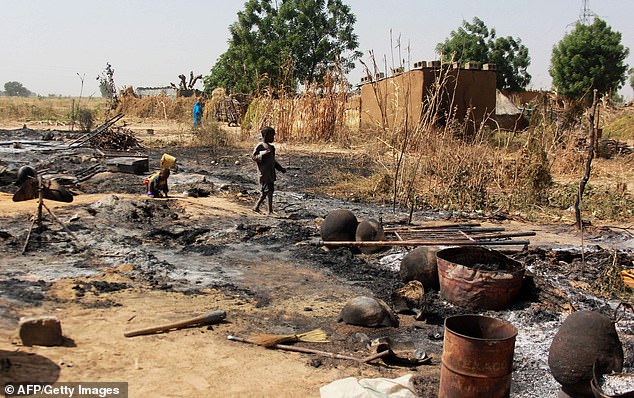 Niger said 200 extremists were killed in airstrikes in neighbouring Nigeria while another 87 were killed by ground troops (pictured, a damaged village seized by Boko Haram)

Boko Haram – an Islamic extremist group – seized several towns including the commercial outpost of Baga near the borders with Cameroon, Chad, and Niger on December 28.

Troops at a multinational joint taskforce base were also forced into a ‘tactical retreat’, Nigeria said.

Those who fled the violence in Baga told the BBC that extremists had raised flags in the town and hosted morning prayers the following day.

Extremists who identified as being from Islamic State’s West Africa Province, a former part of Boko Haram which splintered off, joined in the prayers.

Terrorists also seized control of tanks, boats and a large cache of weapons during the raid. 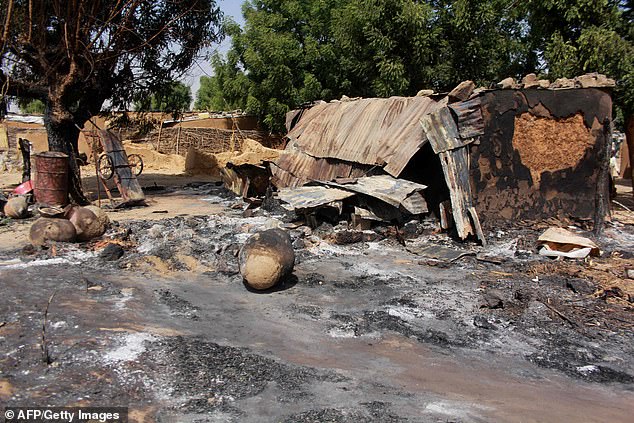 Niger launched the attack on December 28 after Boko Haram seized several villages and a joint military base in Nigeria’s north east (pictured, a village damaged by the terror group in Nigeria)

The attack came after Nigeria warned in November about what it called an ‘extremist resurgence’ fueled by the new use of drones.

Nigeria’s President Muhammdu Buhari will also be seeking a second term in office at elections in February, prompting the militants into action.

Buhari came to power in 2015, partly on a promise to defeat Boko Haram.

Faith column: By the grace of God