Vatican City: Men with deep-rooted homosexual tendencies should not be admitted to the Catholic clergy, and it would be better for priests who are actively gay to leave rather than lead a double life, Pope Francis says. 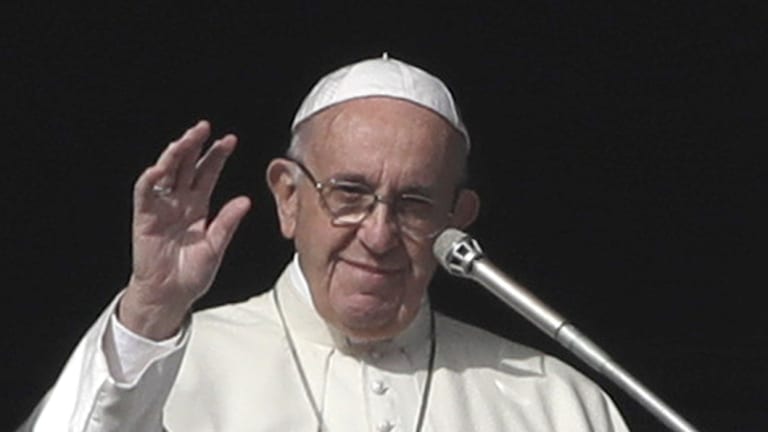 Pope Francis delivers the Angelus noon prayer from his studio window overlooking St Peter’s Square at the Vatican on Sunday.Credit:AP

While he has previously spoken of the need for better screening of candidates for the religious life, his comments suggesting that priests who cannot keep their vows of celibacy should leave are some of his clearest to date.

Francis made the comments in a new booklet due out on Monday December 3. The 120-page book The strength of vocation. Consecrated life today is fruit of a four-hour long interview between the  pope and Spanish priest Fernando Prado.

In it, Francis says homosexuality in the Church "is something that worries me". It is due to be published this week in several languages. An advance copy of the Italian version was made available to Reuters.

"The question of homosexuality is a very serious one," he said, adding that those entrusted with training men to be priests must be certain that candidates are "humanly and emotionally mature" before they can be ordained. 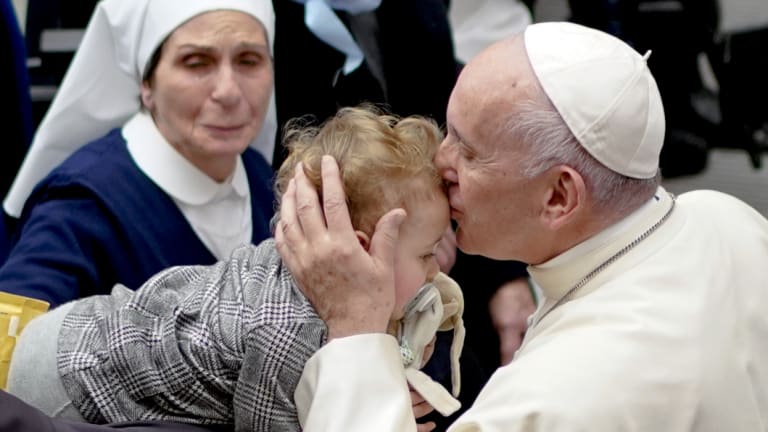 Pope Francis kisses a baby at the Vatican on Saturday.Credit:AP

This also applied to women who wanted to enter female religious communities to become nuns. In the Catholic Church, priests, nuns and monks all take vows of celibacy.

The Church teaches that homosexual tendencies are not sinful in themselves, but homosexual acts are.

Francis said there was "no room for this" in the lives of priests and nuns, adding that the Church had to be "demanding" in choosing candidates for what is known as the consecrated life.

"For this reason, the Church urges that persons with this rooted tendency not be accepted into [priestly] ministry or consecrated life," he said.

He urged homosexuals who are already priests or nuns to be celibate and responsible to avoid creating scandal. "It is better that they leave the priesthood or the consecrated life rather than live a double life," he said.

The interview was conducted in mid-August. Less than two weeks later, on August 26, Archbishop Carlo Maria Vigano, the Vatican's former ambassador to the Vatican, threw the Church into turmoil with a bombshell statement against the pope and Vatican officials.

Vigano said a "homosexual network" existed in the Vatican, whose members helped promote each other's careers in the Church. 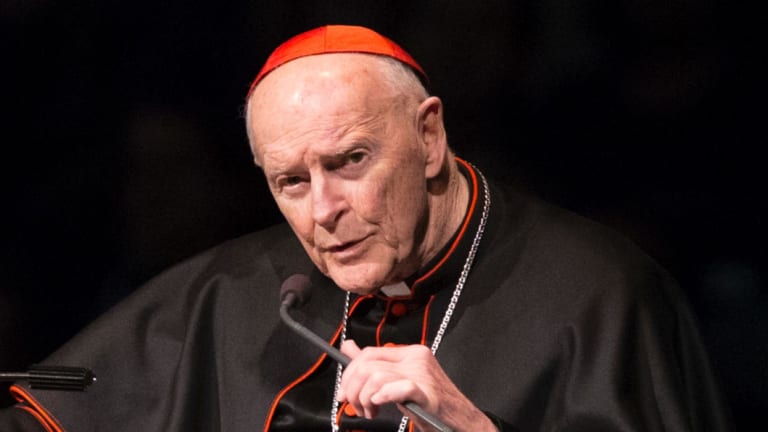 Cardinal Theodore Edgar McCarrick was removed from public ministry since in June.Credit:AP

The Vatican said Vigano's accusations were riddled with "calumny and defamation".

The Catholic Church has been haunted for more than two decades by evidence of thousands of cases of sexual abuse of minors by clergy around the world, in countries ranging from the United States to Australia, Ireland, Belgium, Germany and Chile.

In July, McCarrick became the first cardinal to resign in nearly 100 years after US Church officials said allegations made in a separate investigation that he had sexually abused a 16-year-old boy almost 50 years ago were credible and substantiated.

McCarrick has said he had no recollection of the alleged abuse of the minor, but has not commented on the allegations of misconduct with the seminarians, which allegedly took place decades ago.

For Poland's nationalists, retreat on judiciary revamp under EU pressure only tactical