Home » World News » No longer the most affordable capital city for renters, Perth is now a ‘landlords’ market’

According to the December 2020 Domain Rent Report, Perth experienced the sharpest increase in rents year-on-year and the second-sharpest in the quarter after Darwin. 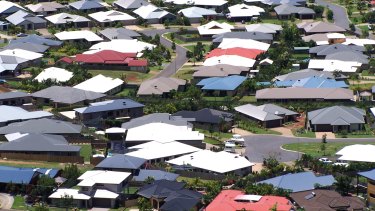 The median rents for houses increased 6.3 per cent in the three months to December to hit $420 a week while unit rental prices jumped 2.9 per cent to $350. Darwin was the only city to record bigger increases, with a jump of 12.2 per cent for houses and 7.7 per cent for units.

Year-on-year house rents were up 13.5 per cent and unit rents jumped 12.9 per cent, greater than any other city.

“This is the steepest annual jump in rents since Perth hit a price peak in mid-2013. Perth is no longer the most affordable capital city rental market,” she said.

“The choice of vacant rentals has plummeted 63 per cent compared to last year. Rental demand has increased as domestic travel resumes, overseas Australians return, and interstate employees choose to relocate given changing border restrictions,” she said.

Dr Powell said more investors could be lured to the market as the state government rental moratorium on evictions and rental hikes ended in March.

“It may create a shift in tenants adjusting homes to meet their current needs, many of whom are likely to be currently paying rent below market rate,” she said.

“New construction will also be boosted by the generous housing stimulus incentives and will assist more first-home buyers to the market, removing some rental demand.”

The four states that will decide presidential election

Ramadan end 2020: What does Jumma Mubarak mean and why is the last Friday of Ramadan important? – The Sun