Home » Novice skier, 22, who broke his back on school trip sues for £5million

Novice skier, 22, who broke his back and was paralysed after going over a jump at winter sports resort on school trip sues for £5million – but travel firm say he ‘ignored instructions’ and tried to pull off a stunt which was ‘beyond his ability’

A novice skier who landed on his head while going over a jump at a winter sports resort is suing for £5million after being left paralysed.

Dillon Fung, 22, was a teenager when he broke his back while attempting a more difficult ski jump during a school trip to Austria in March 2016.

He is now suing specialist youth group travel agent PGL Travel Ltd, through which his school booked the package holiday at the Skischule Koch ski school in Obertauer.

But the Herefordshire-based firm claim he caused his own injury by trying to pull off a dangerous stunt ‘which was beyond his ability.’

Despite being a ‘novice’ and having been told not to do ‘anything silly,’ he tried to pull off a 180-degree turn in mid-air, lost control and landed upside down, it is claimed.

Mr Fung denies trying to do a trick and blames his ski instructor for what happened. 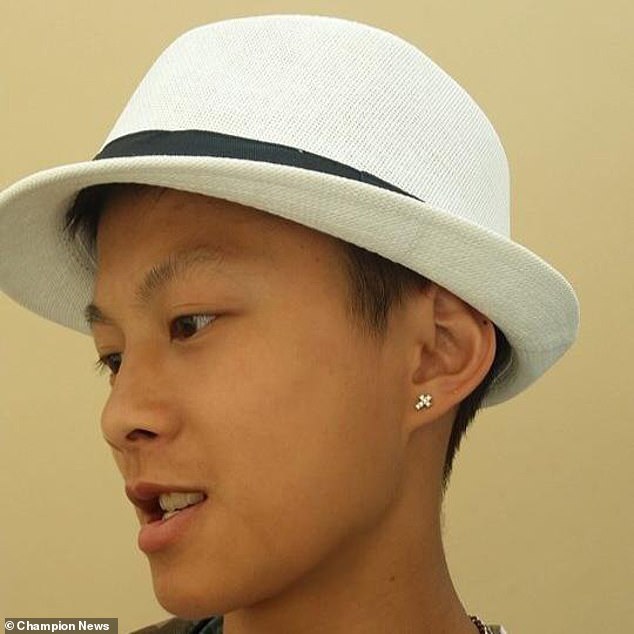 According to papers filed at the High Court, Mr Fung was part of a group of 35 pupils from Poole’s St Edward’s School who went on the trip in March 2016.

Mr Fung was a ‘novice’ skier, having been on one trip earlier as an 11-year-old.

He was injured on the fourth day when his instructor took his group to an area known as the Fun Park, which had a ‘roller’ – a type of small ski jump – at the bottom.

After a couple of successful jumps, Mr Fung, who was 17 at the time, was injured when he descended the slope a third time from a different direction.

His barrister, Pierre Janusz, says he asked his instructor if he could approach the jump from its right side, which was a narrower slope and ‘more challenging’ than the left.

‘She said “Yes, but don’t be stupid, you don’t have to do it if you don’t want to, don’t hurt yourself” or words to similar effect, but with no further specific instruction as to how to descend that route and make the jump safely,’ he says.

‘She did not tell him that the right hand route was significantly steeper, a fact which was not immediately apparent from looking at it from where he had previously been, nor did she advise him of the need to control his speed, whether because of the steeper slope or otherwise.

‘He then began a descent on the right hand route. Due to the unexpected steeper gradient, he gained more speed than he had anticipated, and due to his inexperience and consequent limited skiing skills, he was unable to reduce his speed sufficiently on his approach to the jump. 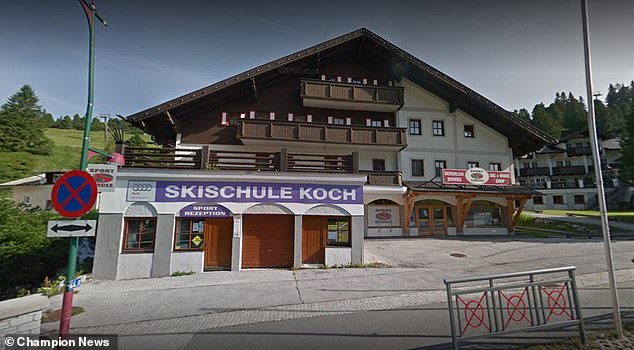 He is now suing specialist youth group travel agent PGL Travel Ltd, through which his school booked the package holiday at the Skischule Koch ski school (above) in Obertauer

‘Once in mid-air, he appreciated that he was still out of control and likely not to be able to land as he had been showed and he feared he would land on his back with serious consequences.

‘Accordingly, in the agony of the moment, he tried to turn so as to avoid landing on his back, however this attempt was unsuccessful and he landed on his back.’

Mr Fung broke his spine, shoulder and ribs and was left with a bleed on the brain and a lacerated spleen.

He was treated in hospital in Austria before being flown home, but has been left disabled for life by his accident.

‘He has been left with complete paralysis in his lower limbs with no motor movement or sensation below the level of transection,’ says Mr Janusz in the claim papers.

‘He is wheelchair dependant for movement, but has been able to drive an adapted car.

‘His left hip is prone to dislocation and this can trigger violent spasms in his leg, which has on one occasion caused him to have a car crash when driving.’

Mr Janusz claims Mr Fung should have been warned of the need to control his speed and should not have been allowed to ski down the more difficult route anyway.

It is alleged the travel agent is also at fault as it should be held liable for the actions of the ski school, which it had booked.

However, for PGL Travel Ltd, William Audland QC denies fault on the part of the ski school or instructor.

The Fun Park is part of an ‘easy’ slope, he says in the company’s defence, and Mr Fung had been warned not to go too fast.

Mr Audland claims he had been told to descend the easier approach to the jump, which he had already been over twice and so ‘it was within his ability to do so.’

The accident occurred because Mr Fung had tried to pull off a ski stunt that was well beyond his ability, it was said.

Mr Audland said he had simply ‘ignored all the instructions that he had been given.’

‘He asked the instructor to take a film of him coming down on his phone from a position near the roller, which she agreed to do,’ he added. 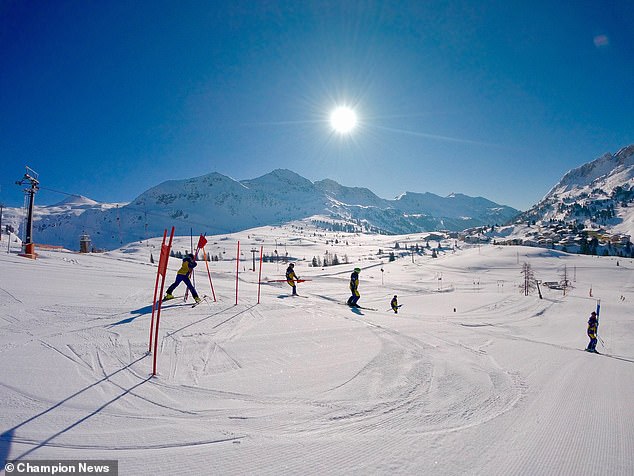 But the Herefordshire-based firm claim he caused his own injury by trying to pull off a dangerous stunt ‘which was beyond his ability.’ Pictured: Skischule Koch ski school in Austria

‘He did not tell her he intended to try any kind of trick.

‘He approached the roller too fast and then attempted to perform a 180 rotation in the air, or some other trick beyond his ability, lost control and fell upside down onto his head, shoulder and back.

‘It is not admitted that the gradient on the right side was significantly steeper than that on the left, and it is denied that he picked up speed due to such increased gradient as he may prove and/or his inexperience.

‘He knew how to control his speed – and had done so on previous occasions – and picked up speed deliberately.

‘It is denied that the manner of his fall was the consequence of anything he did in the agony of the moment after he had lost control.

‘He lost control due to his unannounced and deliberate attempt to perform a trick which was beyond his ability.’

Mr Audland said the instructor was ‘suitably qualified’ and that the travel agent had used the same ski school for years without any cause for complaint.

The case reached court earlier this month ahead of a full trial of the claim, provisionally scheduled for the autumn of 2022.

Houston influencer Alexis Sharkey was found dead and naked on the side of the road. Here’s how the case has unfolded.

Neighbors say 'no one has won' after police dismantle CHOP