The number of hate crimes recorded by police in England and Wales has reached a record high, with a 12% rise in racially motivated incidents, official figures show.

There were 124,091 hate crimes recorded in the year to March 2021, according to Home Office statistics.

Numbers have risen each year since records began in 2011-12.

The Home Office said the increases have been driven by improvements in recording, growing awareness and better identification of what constitutes a hate crime.

However, they also acknowledged that there was an increase in public order hate crimes during the summer of 2020 following the Black Lives Matter protests and far-right counter-protests. 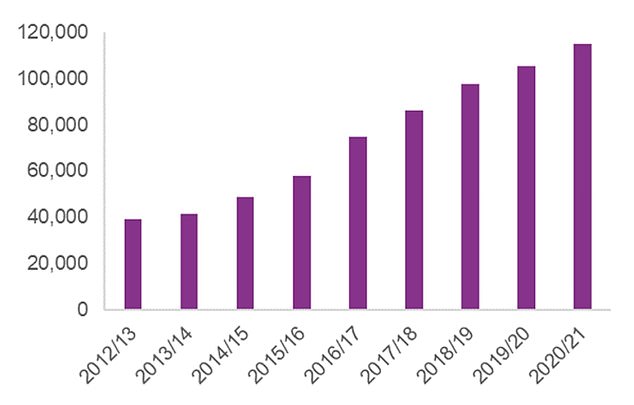 Around three-quarters of these crimes – 85,268 offences – were racially motivated, an annual rise of 12% or more than 9,000 more incidents.

The Home Office said those last three percentage changes were lower than seen in recent years,

Hate crimes linked to religion were down 18% compared to the previous year – the second annual fall in a row.

More than half (52%) of the crimes recorded were for public order offences.