A NUN begs on her knees for police to stop shooting protesters in Myanmar. 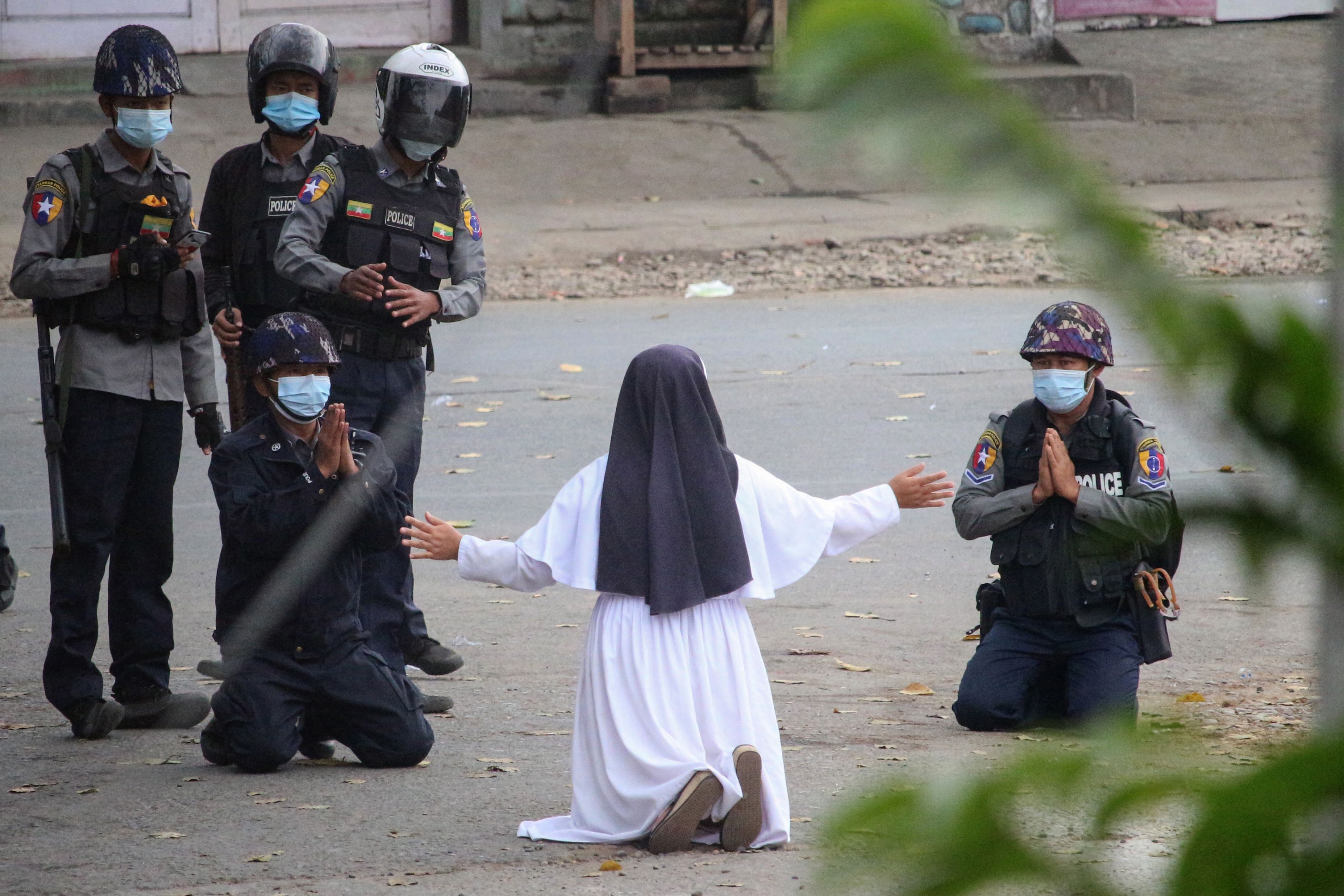 Tawng said senior officers assured they were just clearing the road in Myitkyina town on Monday.

She said: “I begged them not to hurt the protesters, but to treat them kindly.”

Tawng and one of the policemen are seen touching their foreheads to the ground, but gunfire started soon afterwards.

At least two protesters were killed and several others injured, she and other witnesses said. A military spokesman and police in Myitkyina did not respond to requests for comment. 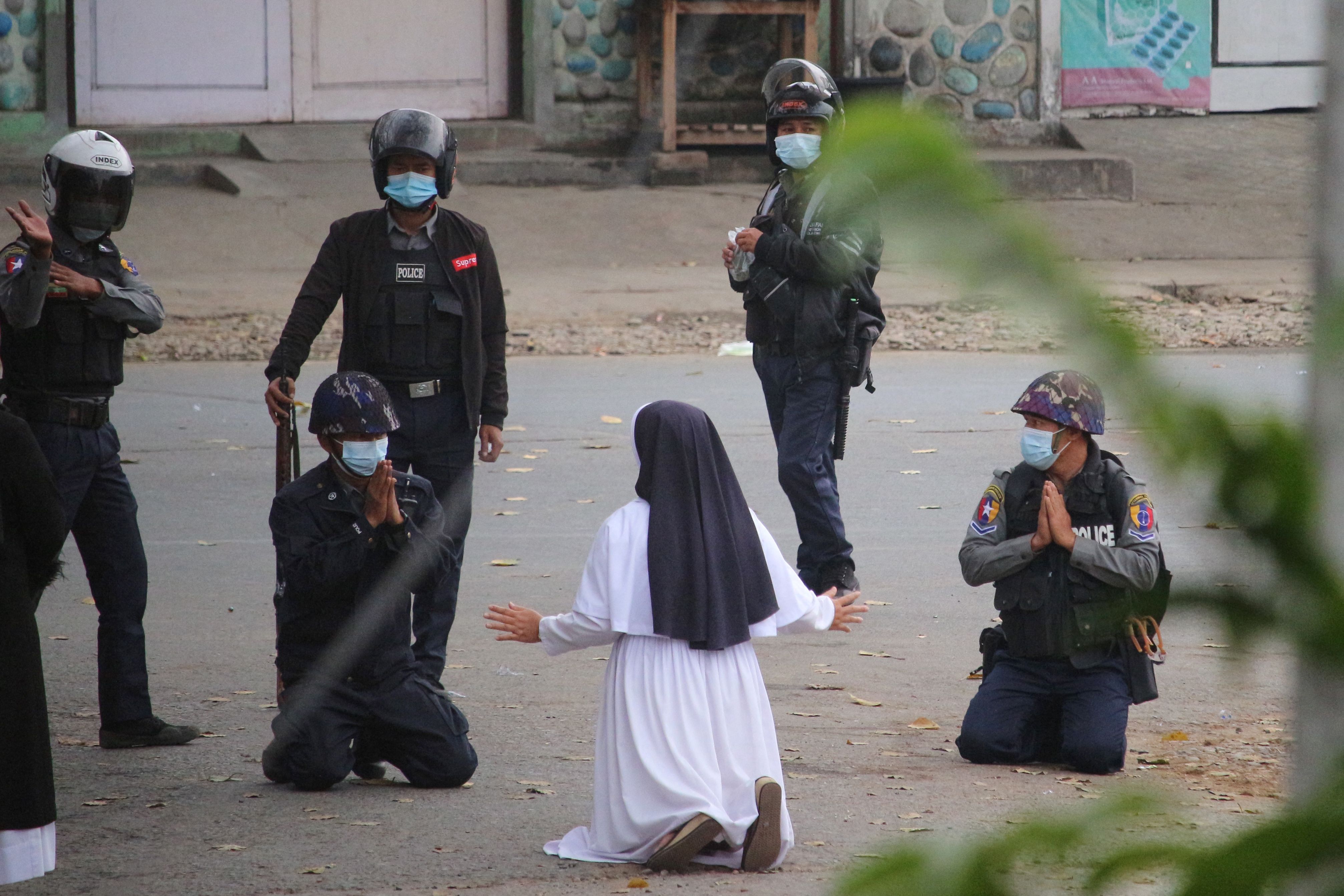 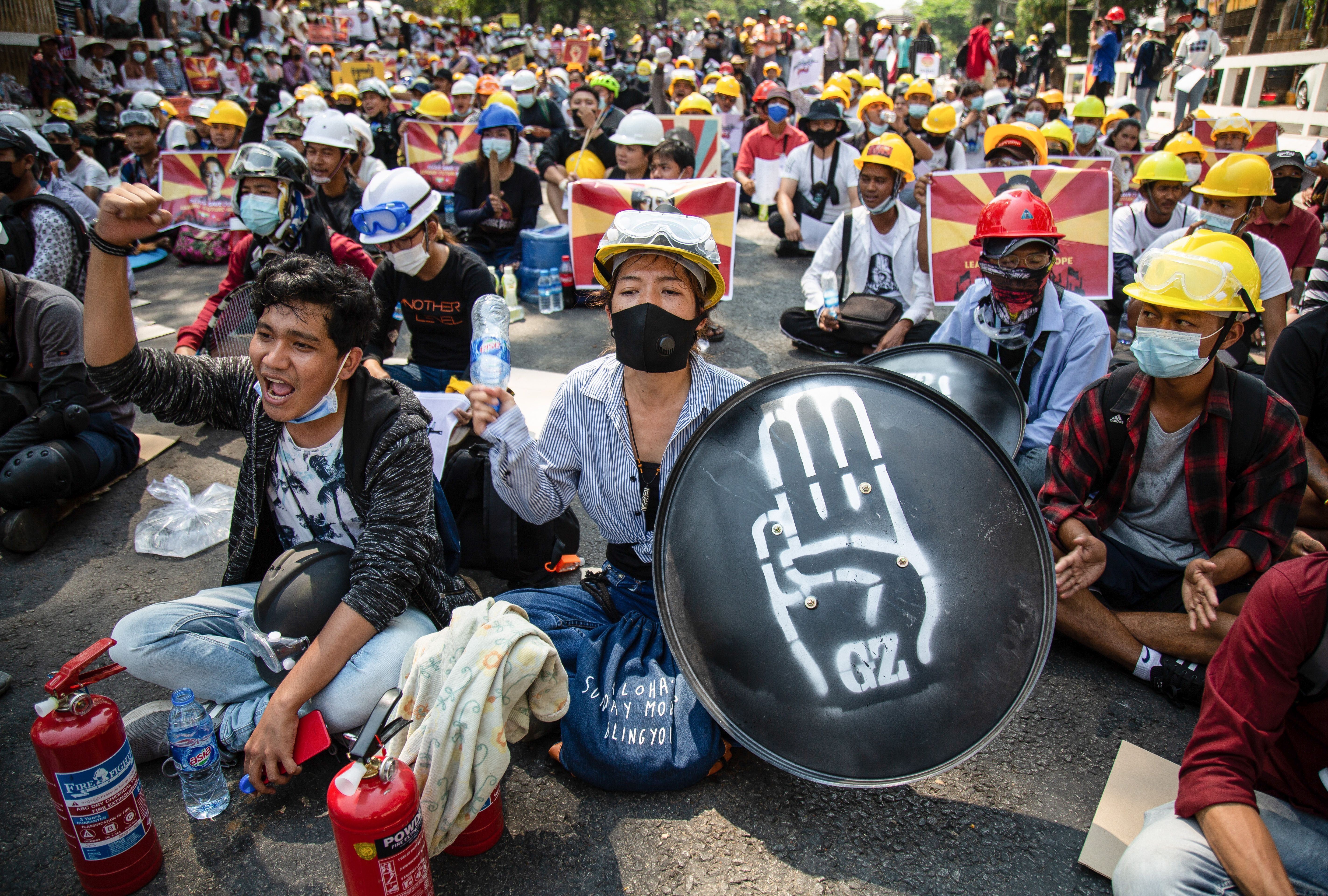 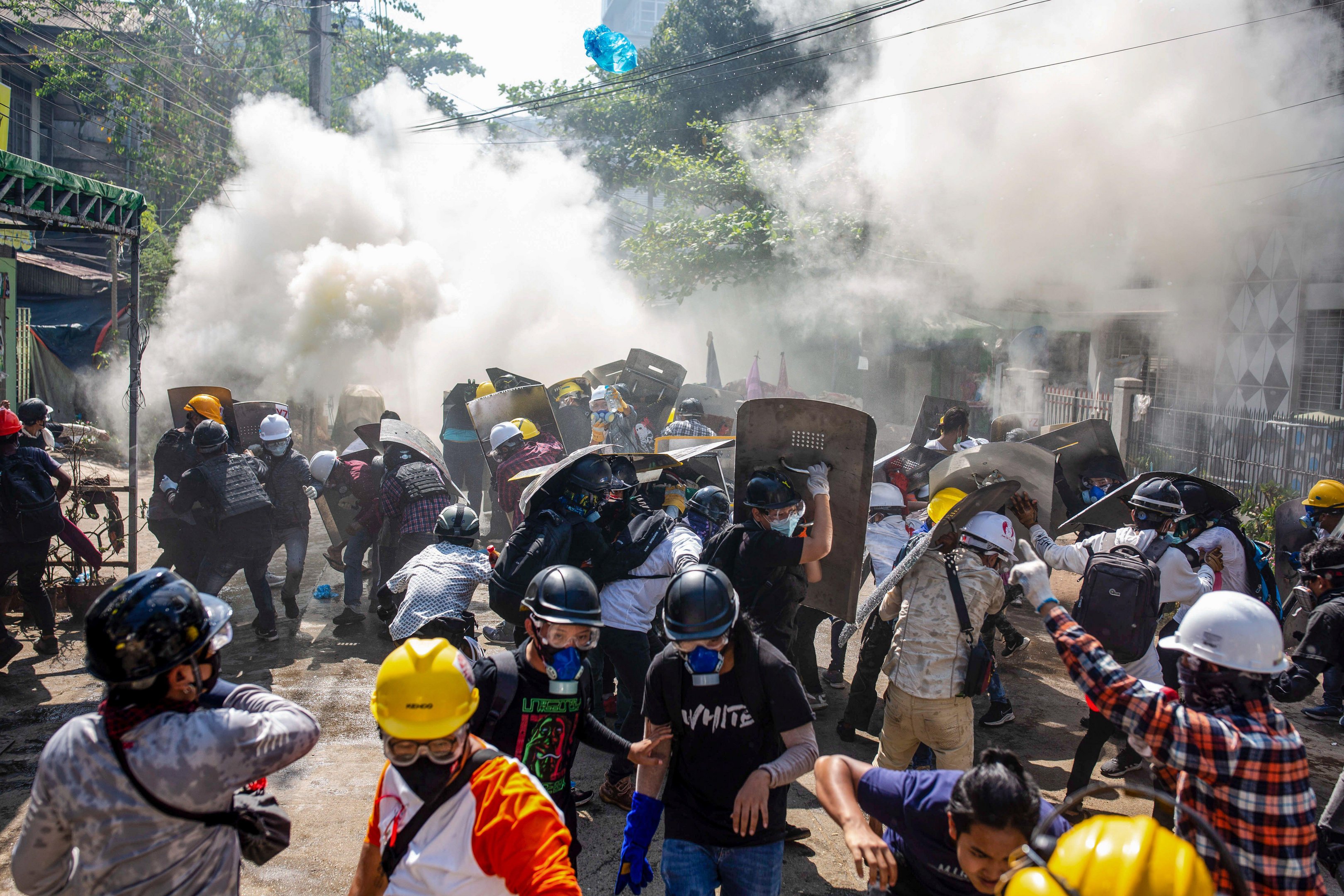 The intervention ended a decade of civilian rule in Myanmar, with the military justifying its power grab by alleging fraud in the November elections that Suu Kyi's National League for Democracy (NLD) party won in a landslide.

The coup sparked global condemnation, with the United States leading calls for democracy to be immediately restored.

A glimmer of light.. then Boris hurls a cowpat of gloom