BRITAIN'S official coronavirus R rate has dropped to 0.8 this week as the epidemic "shrinks again", official data has revealed.

The current R value – the number of people an infected person will pass Covid on to – is now estimated to be between 0.8 and 1. 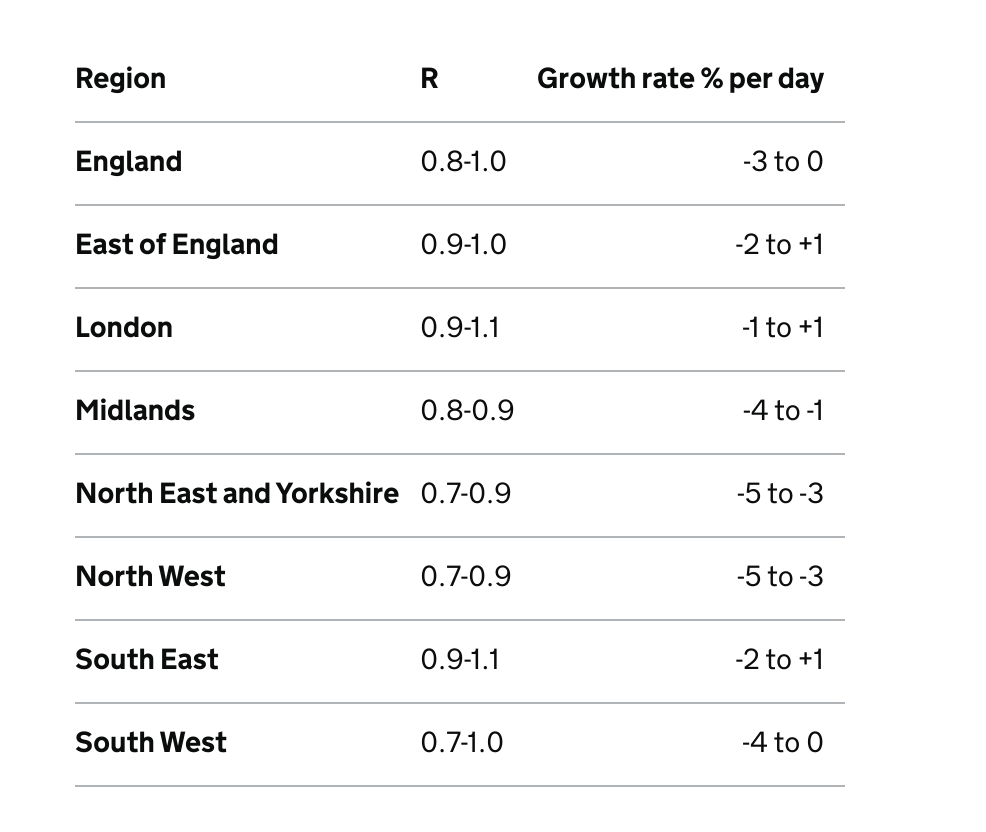 It's the fourth week in a row the crucial value has dropped – likely as a result of the four-week national lockdown.

Last week, the Scientific Advisory Group for Emergencies (Sage) estimated the R to be between a range of 0.9 to 1.0.

When the figure is above 1, an outbreak can grow exponentially, but below that number would suggest the epidemic is shrinking.

The North West, which was the country's Covid hotspot before the national lockdown, is now one of two areas with the lowest R rate.

The R rate in the North West is between 0.7 and 0.9 and the North East sits at the same rate.

Both areas are in Tier 3 restrictions with the whole of the North East living with the toughest rules.

Most of the North West is also in Tier 3, but Liverpool, Warrington, Cheshire and Cumbria are in Tier 2.

The decision to place these areas in Tier 3, the Government says, is based ona range of other factors such as case rates in the over 60s and local pressure on the NHS. 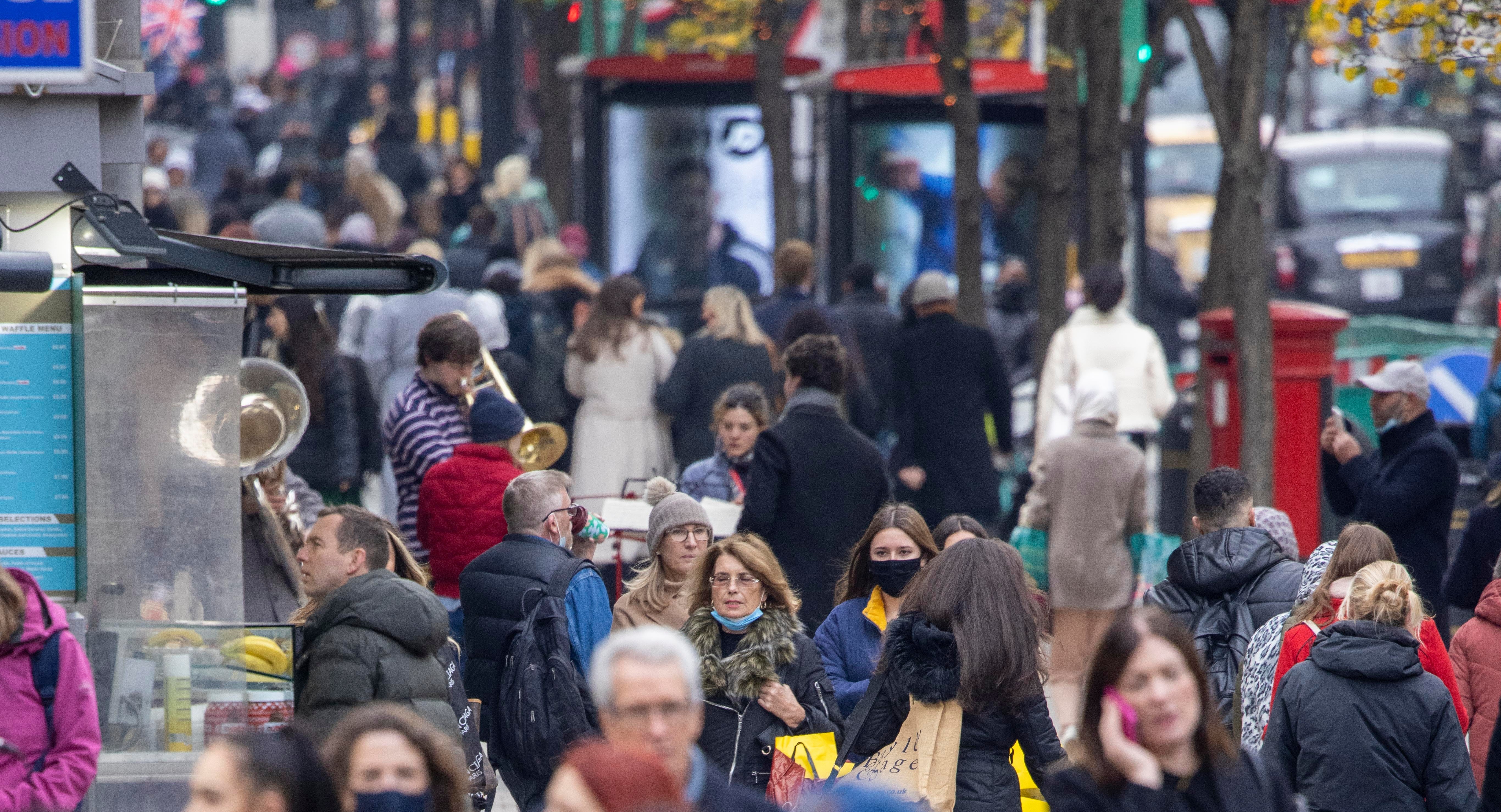 Cornwall and the Isles of Scilly are the only places in the South West to be in Tier 1.

Areas such as Devon and Dorset are in Tier 2, while Bristol, North Somerset and South Gloucestershire are all in Tier 3.

London and the South East have the highest R rates and both sit between 0.9 and 1.1.

Local leaders have warned that Londoners need to stick to the rules this weekend as cases were reported to have risen in eight of the capital's 32 boroughs.

Sage says the growth rate, which reflects how quickly the number of infections are changing day-by-day, has also dropped.

When the growth rate is less than zero, it means the epidemic is shrinking.

It's now between minus two per cent and zero, meaning the number of new infections is growing by zero and two per cent every day.

Sage cautions that its estimates are based on an average – and a data lag means they may be slightly behind the nation's current picture.

A spokesperson said: "The UK estimates of R and growth rate are averages over very different epidemiological situations and should be regarded as a guide to the general trend rather than a description of the epidemic state.

"Given the increasingly localised approach to managing the epidemic, particularly between nations, UK level estimates are less meaningful than previously."

They added: "When the numbers of cases or deaths are at low levels and/or there is a high degree of variability in transmission across a region, then care should be taken when interpreting estimates of R and the growth rate.

"For example, a significant amount of variability across a region due to a local outbreak may mean that a single average value does not accurately reflect the way infections are changing throughout that region.

"It is Sage's expert view, however, that this week’s estimates are reliable.

"These estimates represent the transmission of Covid-19 over the past few weeks due to the time delay between someone being infected, having symptoms and needing healthcare.

"Estimates for R and growth rates are shown as a range, and the true values are likely to lie within this range."