COLUMBUS, Ohio — Dressed in blue and yellow, the colors of the Gahanna-Jefferson Public Schools' board of education to which he was elected, Dion Manley raised his right hand and became Ohio's first openly transgender public official.

"I really think Gahanna deserves a lot of credit," Manley said. "They've been inclusive and open as a district. I've seen that in the years I've lived here, and the voters choosing to be a voice for diversity and moving forward is really special."

Manley, who works in optometry, said his daughter Lila's experience in the district inspired him to run for office. She's a senior at Gahanna Lincoln High School and her teachers really impressed him.

"They've done so much for my daughter that I will do anything to show my appreciation and give back in what small way I can," Manley said.

Not a 'two-sides issue': Transgender people exist. Why is there a debate over whether they should have rights? 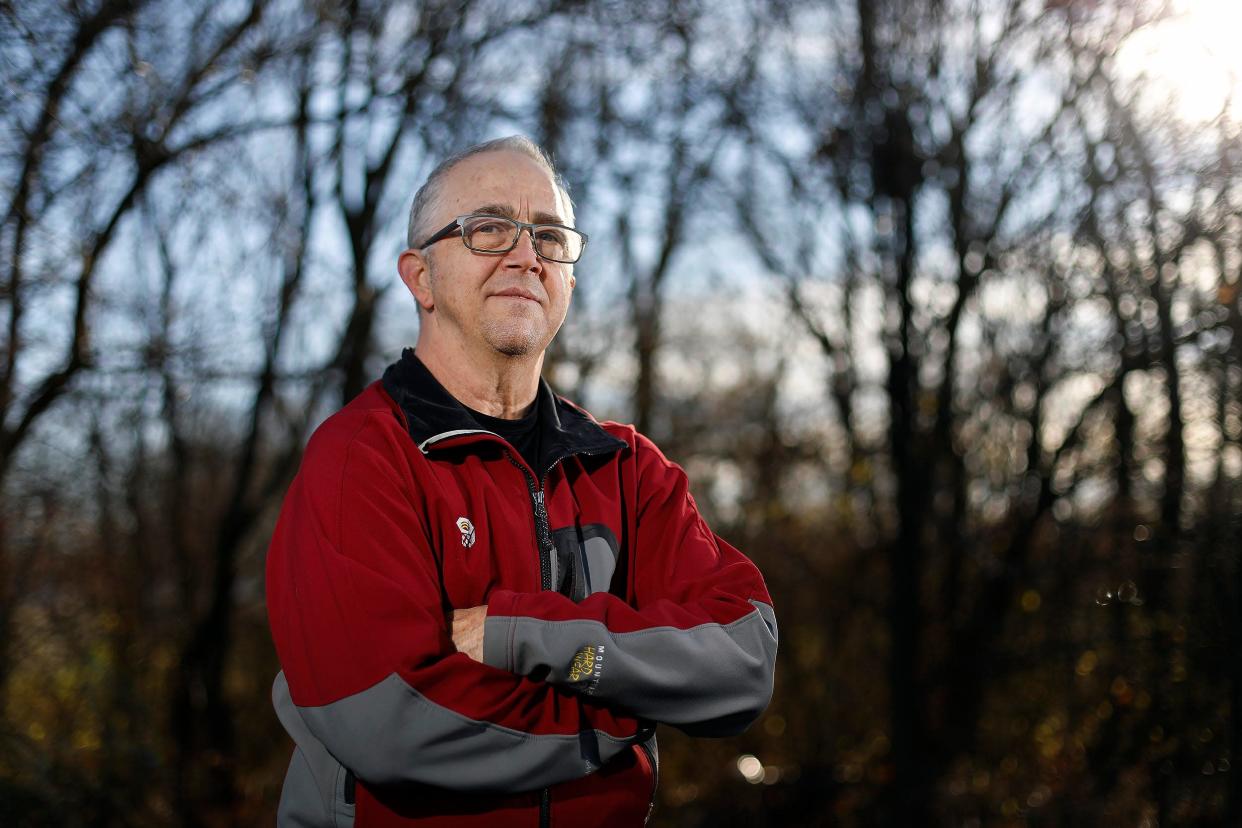 He did consider what running as an openly transgender candidate might mean, but Manley said the whole experience was a pleasant surprise. People were open and welcoming to his candidacy just like they were when he moved to the Columbus suburb from San Francisco 15 years ago.

"I can’t even tell you how that felt in being out and visible in such a widespread manner," he said. "Not just because I'm trans but because I'm a regular Joe. A working-class single parent."

Manley, 65, is also the fifth openly transgender man to win an election in the country, according to an LGBTQ political action group called Victory Fund.

Members of Ohio's LGBTQ community described Manley's swearing-in as a joyous moment after a year marked by opposition and open hostility from the state legislature.

And Maria Bruno, who directs public policy for Equality Ohio, said Manley's "groundbreaking electoral victory is proof that Ohioans are ready for diverse leadership," and she thinks he will be "invaluable in continuing to build an inclusive environment for all students in Gahanna schools."

Manley said he's honored to be that voice for his community, but at the end of the day, he's just a parent who happens to be transgender.

"He’s very humble, so I think the spotlight and attention are surprising to him," said Kara Coates, who also ran and won a seat on the Gahanna school board this November.

And she didn't worry too much about whether the community would support him.

"Dion has a very authentic personality," she said. "He means what he says and has a passion for public education and his community. I knew if people got to meet Dion, they would see how he would add value to the school board."

He's a guy who loves kayaking, dining out with friends and band concerts.

"I love going to school plays," Manley said. "We have a great theater program at the high school."

He also wants to increase the trade school and apprenticeship opportunities for Gahanna students. College isn't for everyone, Manley said. The kids who want a career after graduation deserve to be prepared too. And that's what he told people when he knocked on their doors and asked for their votes.

"By far my experience has that been people love my daughter and support me as a dad," Manley said. "They see I'm a good dad, and that’s what matters."

This article originally appeared on The Columbus Dispatch: First openly transgender Ohio public official sworn in on school board