EXCLUSIVE: Cost-of-living Christmas: One in five British families will ask guests to PAY for their Christmas dinner as price of turkey soars

A fifth of families in the UK say they are going to ask their guests to pay towards their Christmas dinners – in a depressing new snapshot of cost of living crisis Britain.

New research suggests over half of those surveyed were worried about how they would afford to pay for things over the festive period.

And 36% said they would reduce spending on Christmas food and 34% will lessen how much cash goes on Yuletide drinks.

Combined with the soaring costs of Turkey amid a feared shortage of the birds this December, it could make for stressful meal around the dinner table. 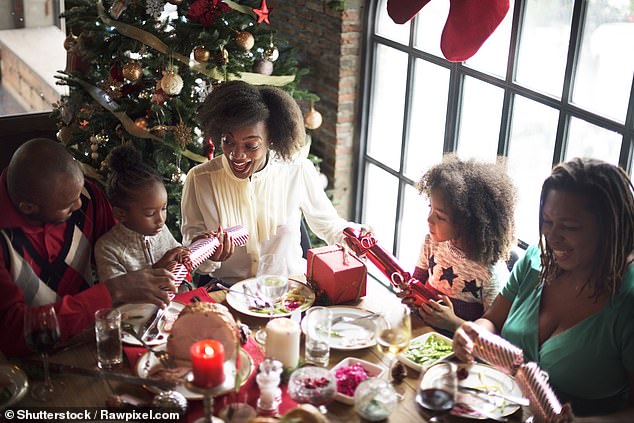 The research was carried out by household finances app Nous.co on 1,047 adults from across the UK.

It found more than half (51%) of struggling Brits were worried about how they will afford Christmas because of the cost-of-living crisis.

They also said they planed to spend more than a third (36.3%) less on presents this year.

One in three (33%) said they could not afford to splash out like they have in previous years. 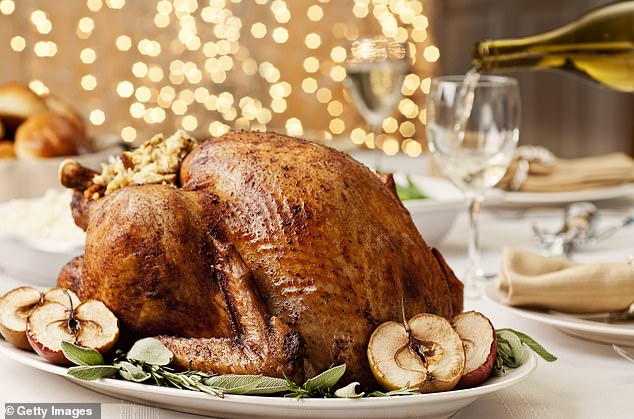 The total UK production of turkeys is around nine million birds for Christmas. More than a million have recently been culled or died from bird flu

And 47% respondents said they would be cutting down on the price and amount of gifts.

Even before the turkey shortage was revealed, one in three families were planning to opt for something other than turkey for Christmas dinner. 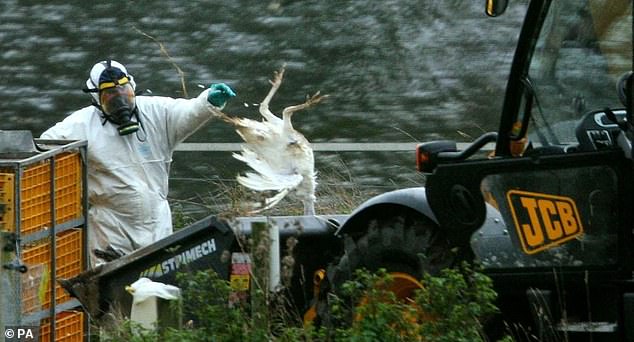 Industry chiefs said the outbreak is the worst they had ever seen. Pictured: Dead Turkeys are loaded onto a JCB at Redgrave Park Farm, Suffolk, following an outbreak of Birdflu

Consumer champion Greg Marsh, founder and CEO of Nous.co, said: “This is set to be the toughest Christmas to afford in modern times.

“It’s important whether you’re hosting or not to make sure you’ve budgeted for Christmas this year, and January. You may be considering charging guests for a contribution to the meal, but before you do, there are other ways to save.

“Don’t overbuy on food, at Christmas, our eyes are often bigger than our bellies so serve the turkey, with less of the trimmings. Agreeing with your loved ones to set a budget for presents, or making gifts rather than buying them are also great ways to celebrate on a budget.

“Keeping on top of your finances this Christmas is pivotal, don’t throw away your financial stability for the sake of being part of the festivities.”

Richard Griffiths, CEO of the British Poultry council, revealed on Monday that 600,000 of the 1.3million free range turkeys bred for Christmas had been lost to bird flu, sparking fears of a shortage and price hikes.

He told the Commons food and farming committee Efra: ‘The usual number of free-range turkeys for Christmas is about 1.2 million to 1.3 million. We have seen around 600,000 of those free-range birds being directly affected. Half of free range.

‘The total UK production of turkeys is 8.5 million to nine million birds for Christmas. Of those that are Christmas birds, probably just over a million have been culled or died from bird flu.’

Asked about the impact on prices of the loss of the birds, and the need for stores to turn to imports to make up the shortfall, he said: ‘That is a question for retailers. We do not know how the gaps within retail are going to be filled.’

‘Weak-kneed and jelly-bellied’: Nats’ life at the Queensland coalface is getting complicated