As the Supreme Court’s Roe v. Wade decision looms, gender economists are bracing for impact after a leaked draft opinion on Dobbs v. Jackson Women’s Health Organization suggests the high court will overturn the national right to an abortion.

C. Nicole Mason, president and CEO of The Institute for Women’s Policy Research (IWPR), told Yahoo Finance that the a decision overturning Roe could “have a detrimental impact on whether or not women will be able to fully re-enter the workforce.”

The executive, who spoke about the economic state of women at The Tory Burch Foundation Summit earlier this month, explained that “there are still 2 million fewer women in the workforce than two years ago at the start of the pandemic — caretaking responsibilities are a big part of that.” 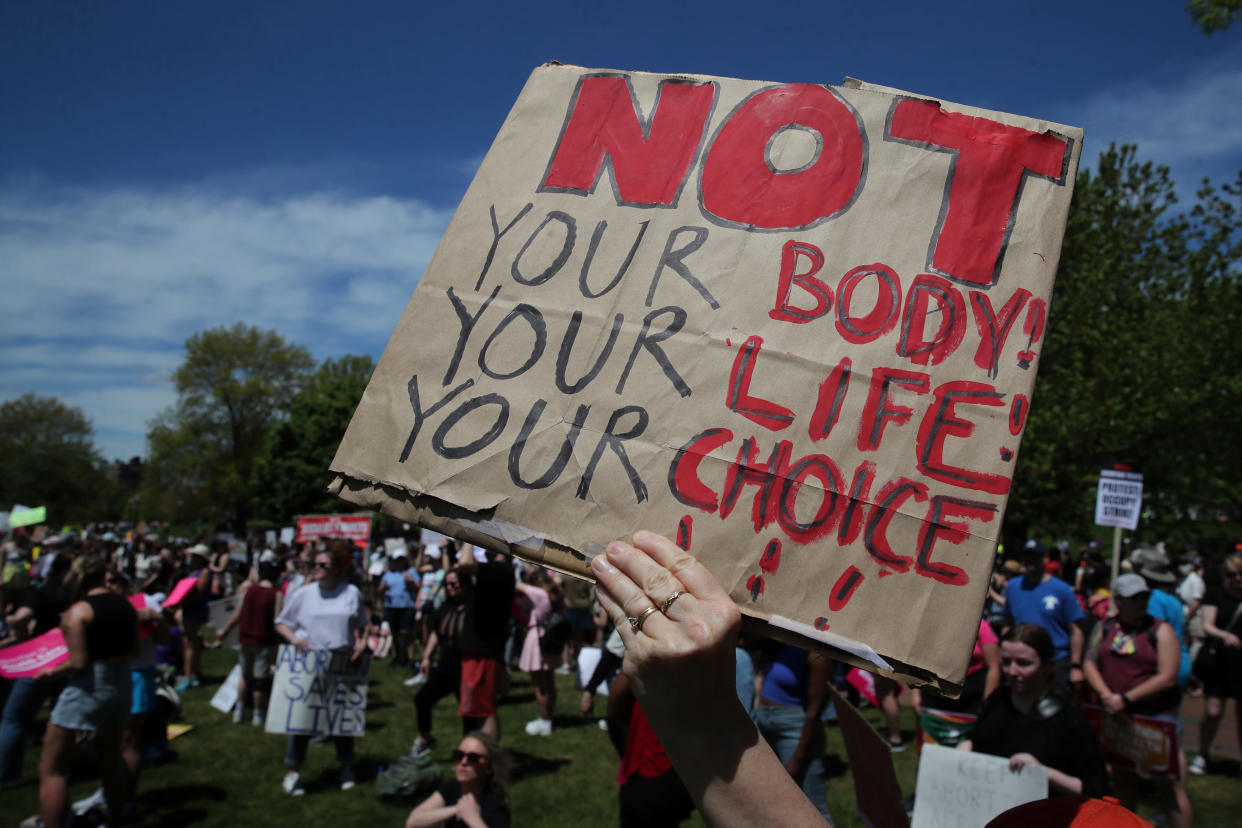 According to IWPR, state-level abortion restrictions cost state economies $105 billion per year by reducing labor force participation and earnings levels, in addition to increasing turnover and time off from work among women between the ages of 15 to 44 years old.

“We believe that [those numbers] will be exacerbated as a result of the Supreme Court decision,” Mason explained.

Conversely, the analysis went on to reveal that if all state-level abortion restrictions were eliminated, an additional 505,000 women (aged 15 to 44) would enter the labor force and earn about $3 billion annually.

National GDP levels would also rise, with the group estimating a boost of 0.5% on average.

The economist argued that the legalization of abortion had dramatic effects on the ages when women became mothers, the level of education they attained, and their participation in the labor force.

According to the research, the legalization of abortion in 1970 led to birth rates dropping by about 5% in certain states relative to the rest of the country.

Abortion bans could have a detrimental impact…C. Nicole Mason, president and CEO of The Institute for Women’s Policy Research (IWPR)

If the court overturns Roe, it is widely expected that around half of U.S. states will keep abortion legal while the other half is likely to either outlaw or severely restrict it.

“We have a really good idea of how women will respond to the resulting changes,” Myers said. “Our best prediction based on ample evidence on the effects of travel distance, is that about three quarters of the women who want abortions will still find a way to get out of the states that ban.”

But that leaves about a quarter of women in those states who, because of distance and cost, likely won’t be able to travel and get the abortion.

The resulting lack of choice about when and how to have a child is expected to set many of those women back economically, leading to what Myers terms a likely “shock to poverty” in the months and years ahead.

Alexandra is a Senior Entertainment and Food Reporter at Yahoo Finance. Follow her on Twitter @alliecanal8193 and email her at [email protected]