This OWL has mastered the art of deception as he is caught blending seamlessly into a tree.

The snaps captured in Canada, shows a Great Grey as he momentarily turns his head to breaks his prefect camouflage disguise. 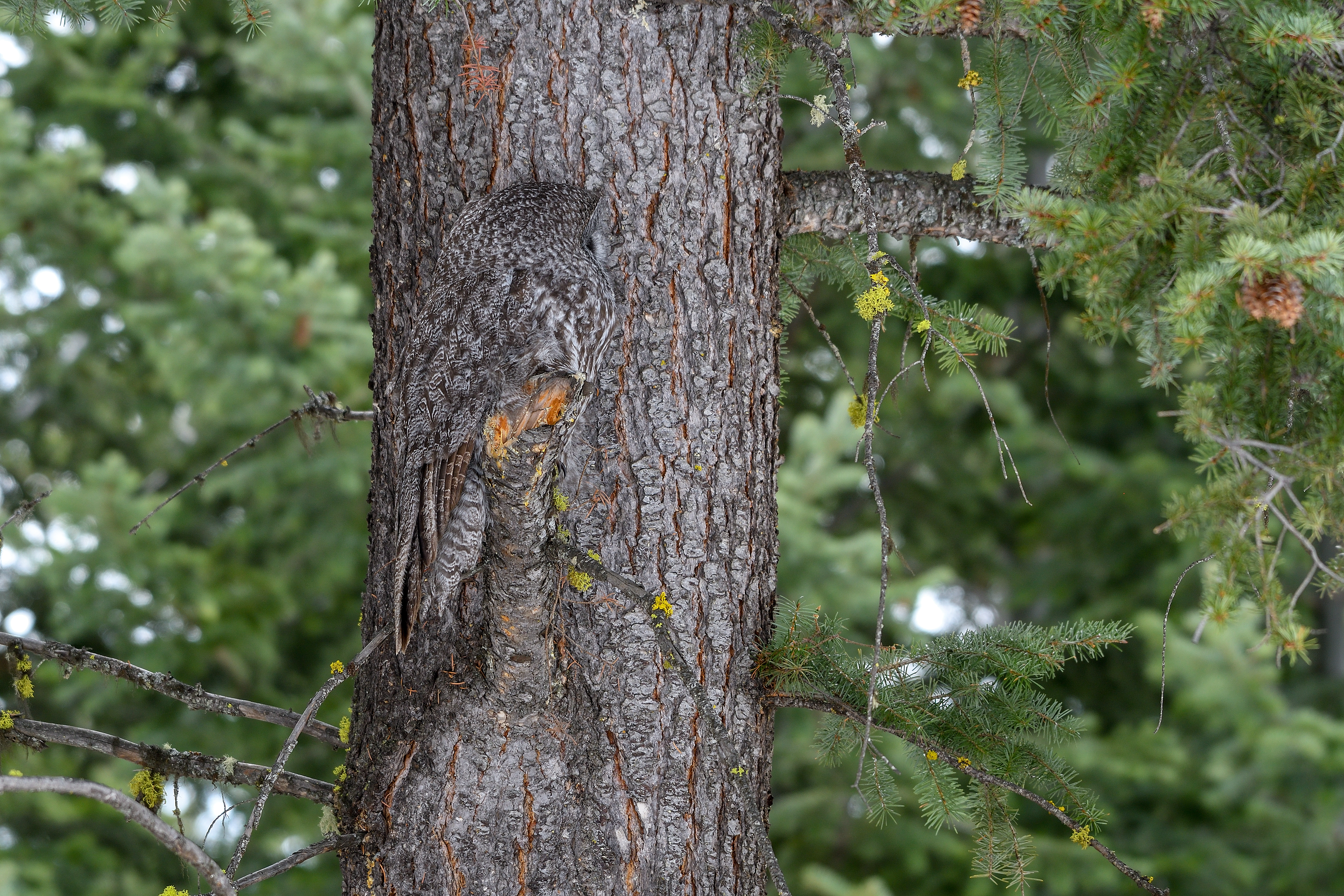 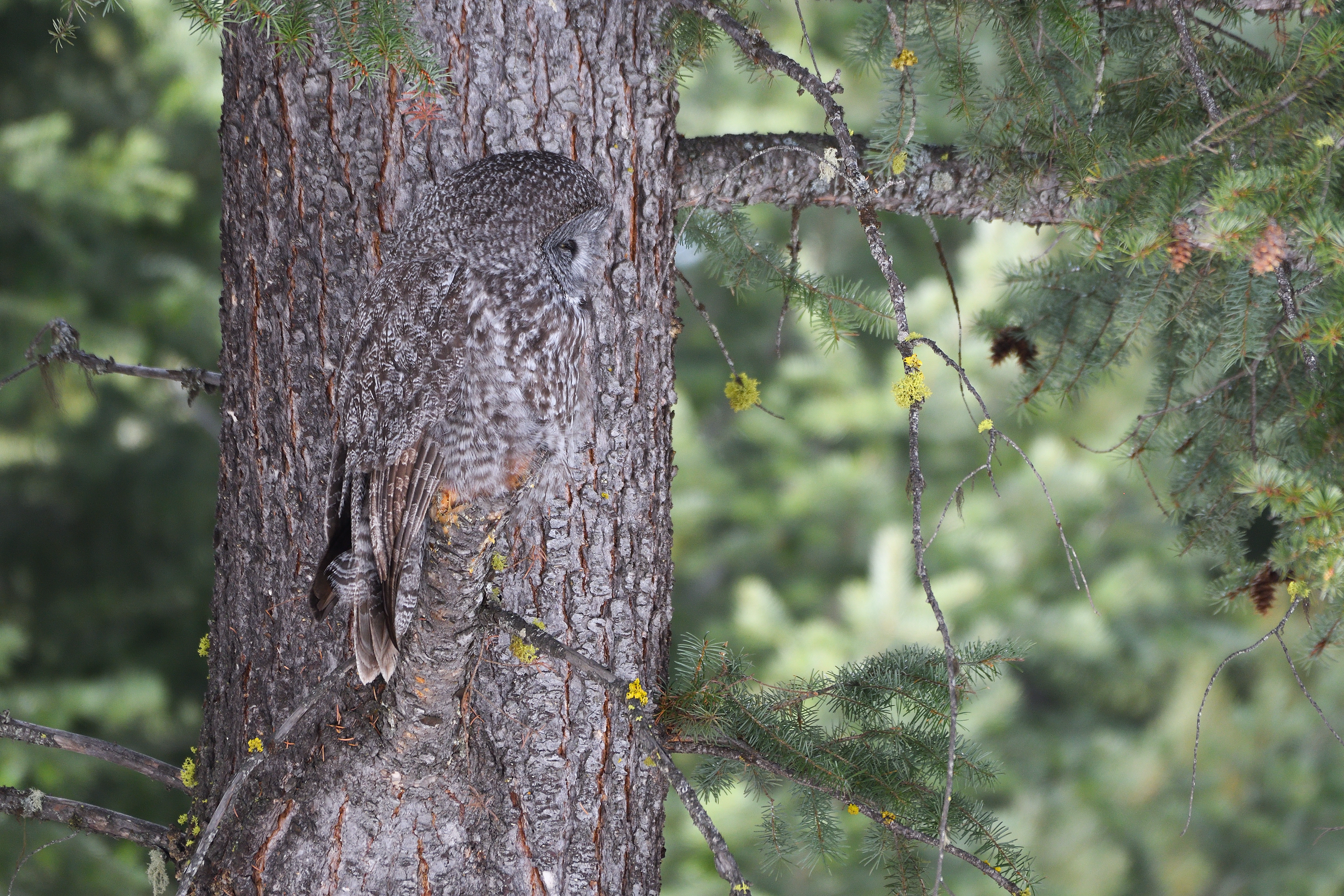 Edsel James S. Batuigas, 45, from Burnaby, Canada took the snaps while he was out in his favourite wildlife spot in British Columbia.

The eagle eyed photographer had travelled by car for five hours to get to the location where he spotted the owl and it was by chance that he saw the bird.

Edsel said: “I was planning to look for the great grey owl that day.

“I was driving on a forest road searching for the great grey owls, scanning every tree hoping to find one during noon time, where they’re usually resting.

“Then suddenly in the corner of my eye I noticed something moving in the tree trunk, that’s when I realised it was the owl cunningly blended with the bark of the tree.

“If the owl didn't look at me, I would have missed it.” 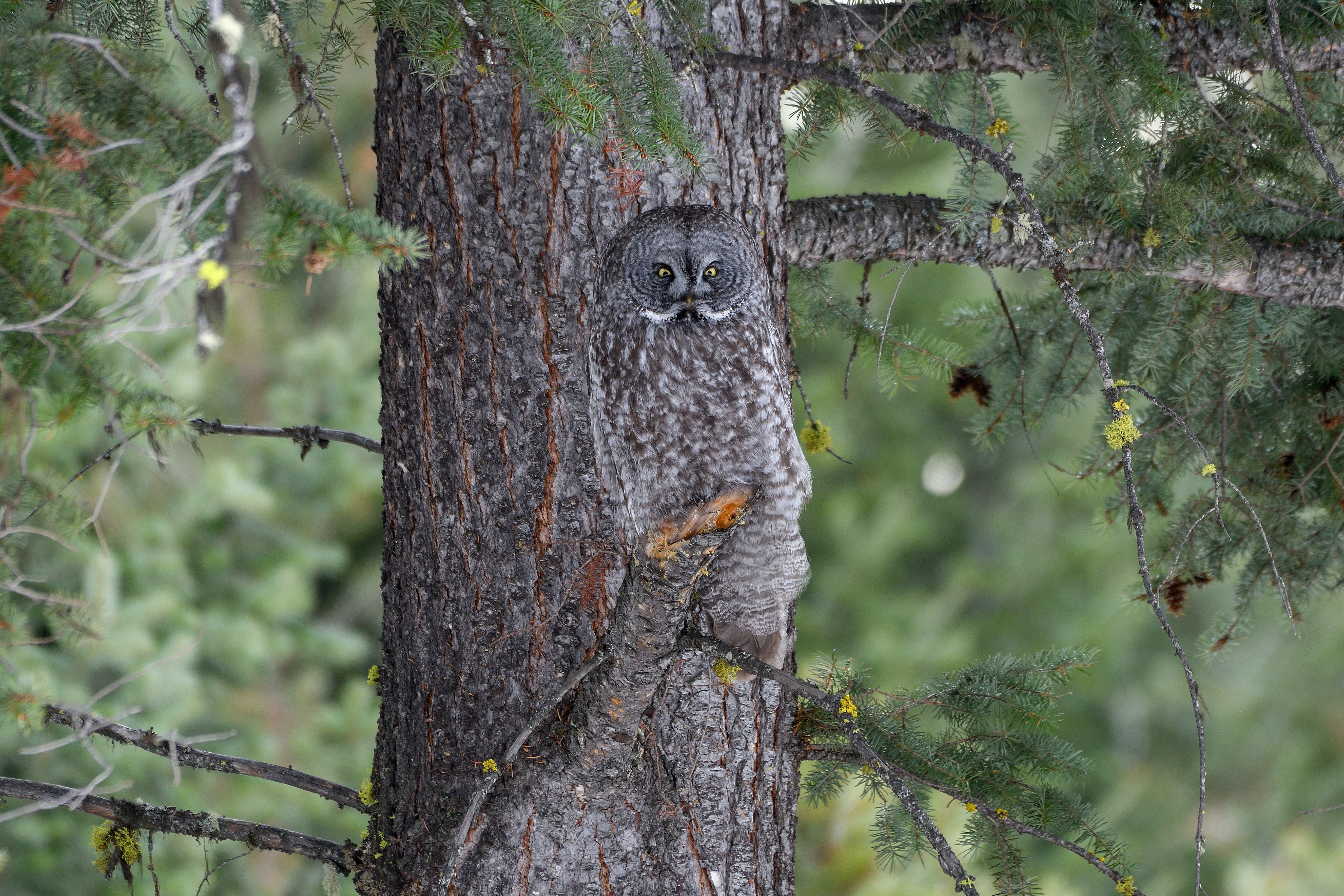 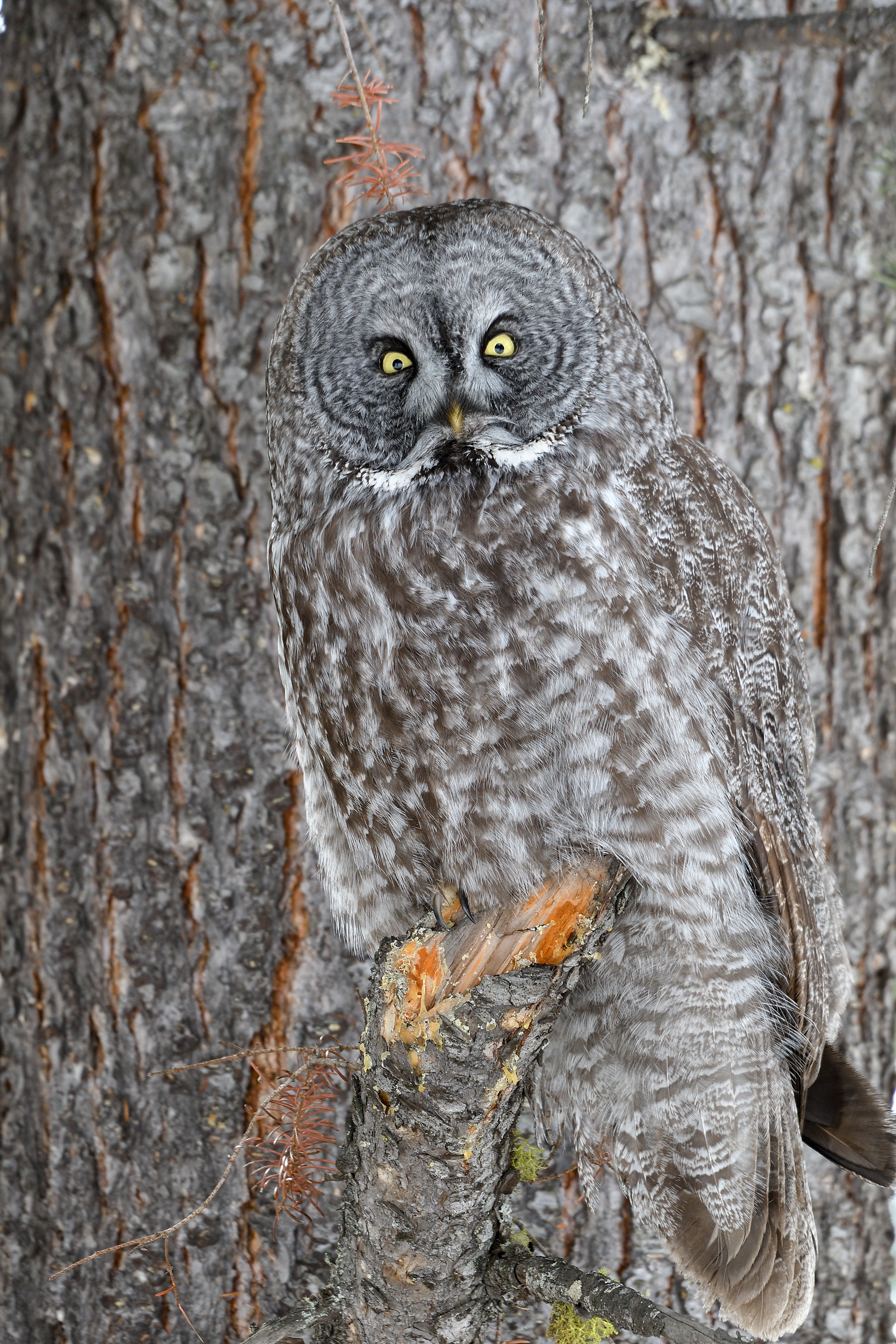 Edsel, who has been practising photography as a hobby for 11 years, originally took the photos in March but later shared the set on Instagram – stunning social media users.

The post has so far racked up over 90,000 likes as people were left baffled as tried their best to solve the optical illusion.

“This is why we can't see them," wrote one person.

Another person said: “You can’t see it…but it can see you.”

“Wow that is camouflage,” someone else commented.

One fan described it as having “amazing stealth”.

“Bro his is why we can’t see them,” another person said.

Someone else wrote: “That’s crazy how well it blends in.”

“This is why we never see goddamn owls,” said someone else.

Other viewers said they needed prescription sunglasses or ultraviolet vision to spot the sneaky creature.

“Wow what a picture," wrote someone else. 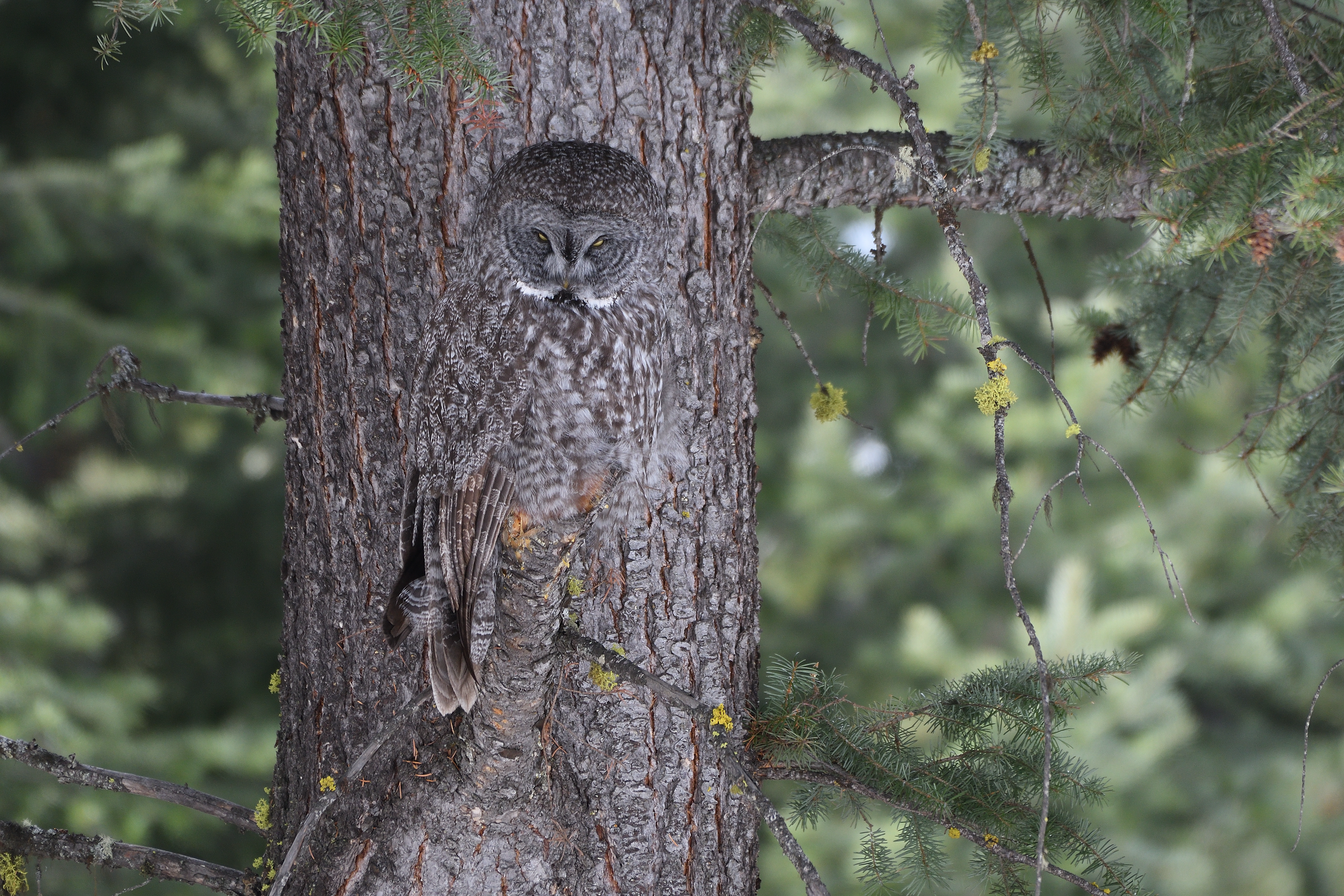 The great grey owl can be found scattered across North America, Europe and Asia.

They often camouflage themselves against a near-identical backdrop as it allows the predators to secretly scan the scene for prey.

Edsel added: “I usually post my owl pictures on Facebook groups and my page and rarely on Instagram, but a friend messaged me that he saw my great grey owl picture shared on some accounts on Instagram.

“I was really surprised by the response it had.”

Teenager solves Rubik's Cube with one hand while playing piano