Adolf Hitler is inside my cat’s ear: Owner is shocked to see Nazi leader’s face staring out from her pet’s head

A woman was shocked to see the face of Adolf Hitler staring out of her  black cat’s ear.

The dead dictator’s distinctive side profile including his menacing, scowling eyes, straight nose, and infamous moustache can be seen gazing out from within kitten Killi’s ear.

Matilde Cantor captured the apparition when visiting her cat breeder friend Kamilla Tholstrup to take photos of a litter of eight-week-old Oriental Shorthair kittens including Killi.

HEIL KITTLER!: Eight-week-old kitten Killi is pictured with a strange marking inside his right ear which bears an uncanny resemblance to Nazi dictator Adolf Hitler 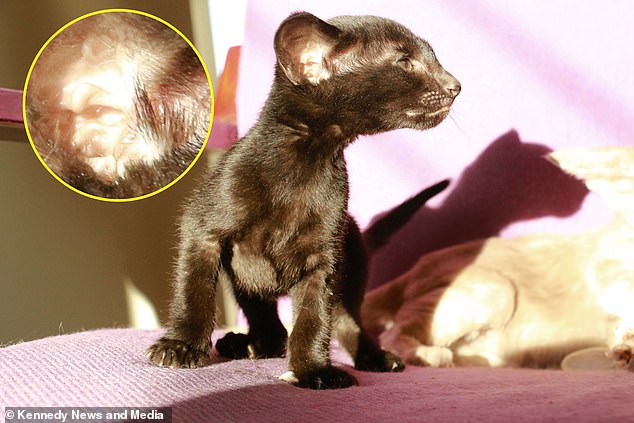 But it wasn’t until 38-year-old Matilde uploaded the images of the beautiful jet black feline to Facebook that she noticed the face peering back at her.

While some have spotted its uncanny resemblance to Hitler, others say it looks like poet Edgar Allan Poe, who in a bizarre twist happened to pen a short story titled The Black Cat.

The ‘freaky’ discovery left Matilde ‘a little frightened’ and wondered if it was the macabre author’s spirit making an appearance, while other say they can feel the face’s soul.

And the eerie images have left hundreds of Matilde’s friends, family and Facebook followers stunned.

‘A few people have said it looks like Hitler. It gets even more creepy. 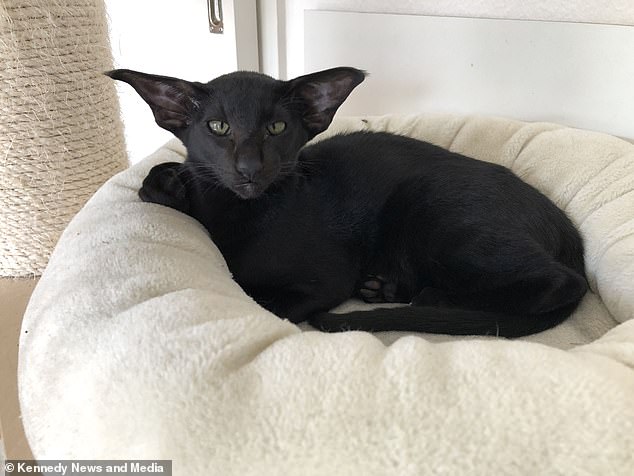 While some thought the distinctive marking looked like Adolf Hitler, others felt it more closely resembled the visage of horror writer Edgar Allen Poe

‘I can’t see exactly who the shadow is but I showed it to a lady today and she said she could feel their soul.

‘I didn’t notice the shape in the cat’s ear until I posted the picture.

‘I definitely see the resemblance. I find it pretty incredible and honestly a little frightening.

‘I haven’t thought that there is a special meaning behind it, but I do think it might be Edgar Allan Poe’s spirit or reincarnation.

‘I do believe there is more between heaven and earth than meets the eye.

‘Since posting the photos, I have mostly had a lot of people guessing who it is. And a lot of comments about how freaky it is.

‘I love it. I really like the recognition and positive response on a picture I took. I must admit I also like the fame of it.’

Coronavirus: how will I know if I’m immune and how long does immunity last? – The Sun