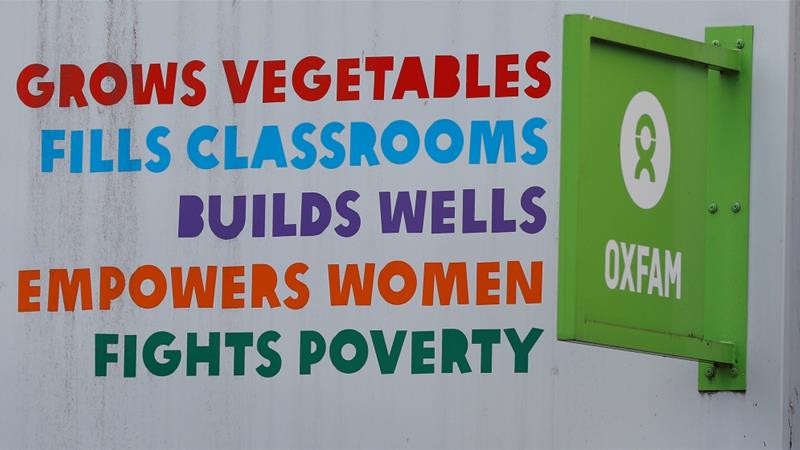 UK-based charity Oxfam’s second-in-command has quit over allegations aid workers paid for sex while on assignments in Haiti and Chad.

Penny Lawrence, Oxfam’s deputy chief executive, said in a statement on Monday she was “ashamed” of staff members’ use of prostitutes in both countries.

“Over the last few days we have become aware that concerns were raised about the behaviour of staff in Chad as well as Haiti that we failed to adequately act upon,” Lawrence said.

“I am desperately sorry for the harm and distress that this has caused to Oxfam’s supporters, the wider development sector and, most of all, the vulnerable people who trusted us.”

Oxfam fired four staff members for gross misconduct and allowed three others to resign following a 2011 internal inquiry into the sex scandal, the downloading of pornography, and bullying and intimidation during the assignment.

A Times article published on Friday – based on a copy of the internal Oxfam report it obtained – said the country director in Haiti, Roland van Hauwermeiren, was among those allowed to resign after it was revealed he paid for sex at a property rented by the charity.

Lawrence said the charity had been aware of previous allegations made against Hauwermeiren, who served as the acting head of Oxfam in Chad during 2006, before his deployment to Haiti.

“It is now clear that these allegations – involving the use of prostitutes and which related to behaviour of both the country director and members of his team in Chad – were raised before he moved to Haiti,” she said.

The UK government has demanded Oxfam hand over any information concerning staff members’ involvement in the scandals to their respective governments, as none of the aid workers found guilty of sexual misconduct in Haiti were British nationals.

Penny Mordaunt, secretary of state for international development, also called for Oxfam to confirm plans by the end of this week for handling future allegations with greater transparency, at a meeting with the charity’s officials on Monday.

The charity did not inform the department for international development in 2011 that allegations had been made regarding sexual misconduct in Haiti, Mordaunt told reporters following the meeting.

“I told Oxfam they must now demonstrate the moral leadership necessary to address this scandal, rebuild the trust of the British public, their staff and the people they aim to help, and deliver progress on these assurances,” Mordaunt said.

“I remain very clear: we will not work with any organisation that does not live up to the high standards on safeguarding and protection that we require.”

The Department for International Development granted the charity $43m (£31.7m) during the same period, according to Oxfam.

“The real problem here is that we bring people into these countries [recieving aid], often from the West, who don’t have an understanding of the culture or history, and they go in and they’re in charge,” Narayanasamy said on Monday.

“They’re in a position of power, where they get to dictate the terms under which change happens and [according to] what they perceive poverty eradication should look like in that particular country.”

Narayanasamy’s comments came after Oxfam announced a number of measures intended to prevent further sexual misconduct by its staff.

Caroline Thomson, Oxfam’s chair of trustees, said in a statement on Sunday the charity will make safeguarding a mandatory part of the interview process for senior roles, overhaul staff training plans and establish an independent whistleblowing helpline.

“We will continue to address the underlying cultural issues that allowed this behaviour to happen,” Thomson said.

“It is not sufficient to be appalled by the behaviour of our former staff – we must and will learn from it and use it as a spur to improvement.”

Father bounces toddler's pacifier off a ball and catches it